HERVET-MANUFACTURIER is a french furniture design workshop and manufacturer. founded in 2014 by cousins nicolas and cédric hervet, the company’s products are influenced by the boldness and geometry of modern architecture, but unlike most contemporary furniture, use only age old techniques and traditions — those of the historic ébénistes (french cabinet makers) — to make hand-crafted luxury cabinets, chairs desks, display cases, tables and small accessories and toys. 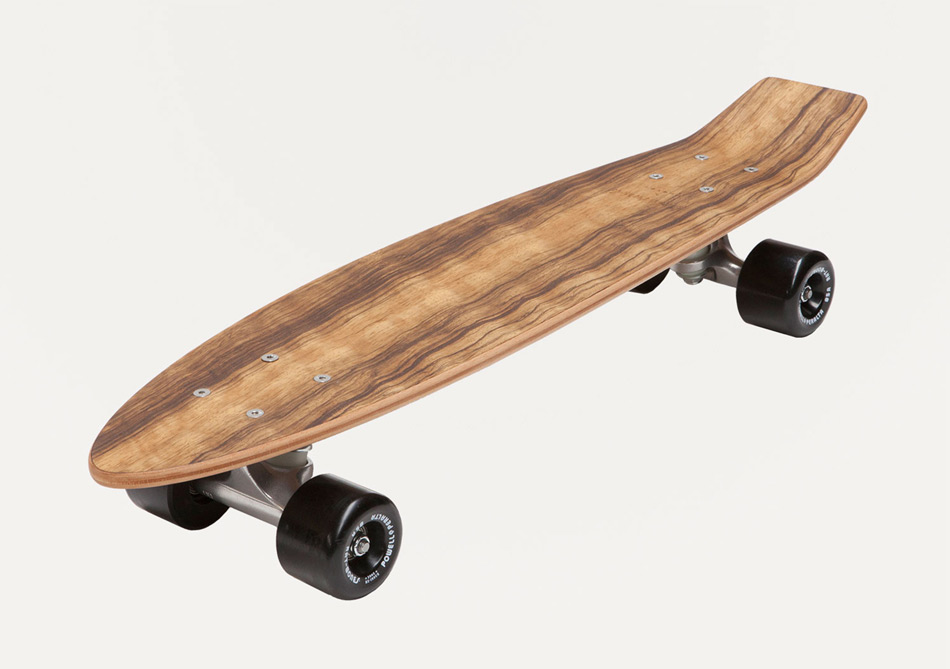 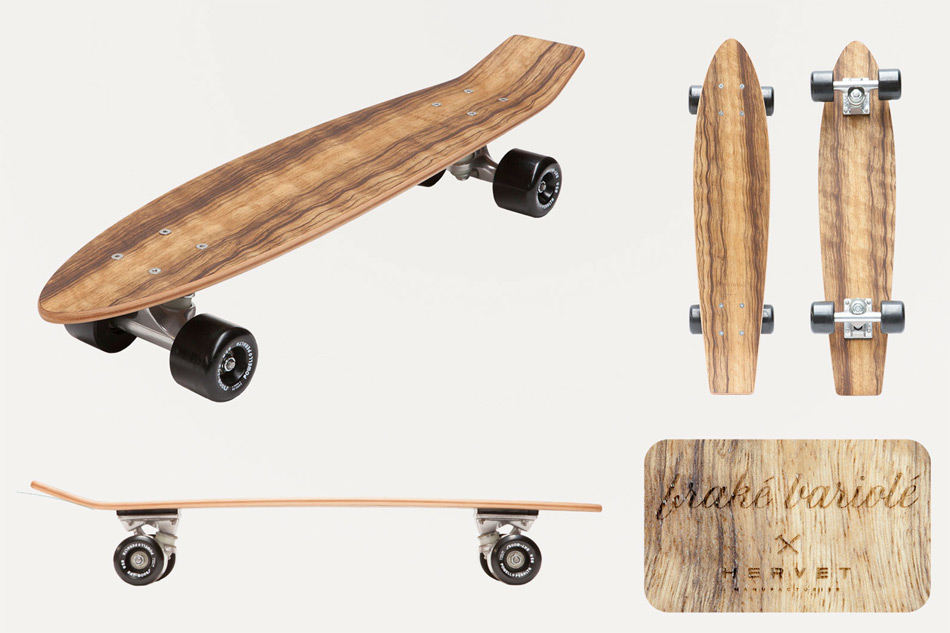 nicolas, recognized for his woodworking skills, and cédric, who worked with daft punk as their creative director; joined forces to produce objects that are made locally in france, using only the highest quality woods, metals, glass and leather from around the world. their furniture and small works are conceived as small production editions, ensuring the highest standards for each piece they make (see more about HERVET-MANUFACTURIER’s high-quality furniture on designboom here). 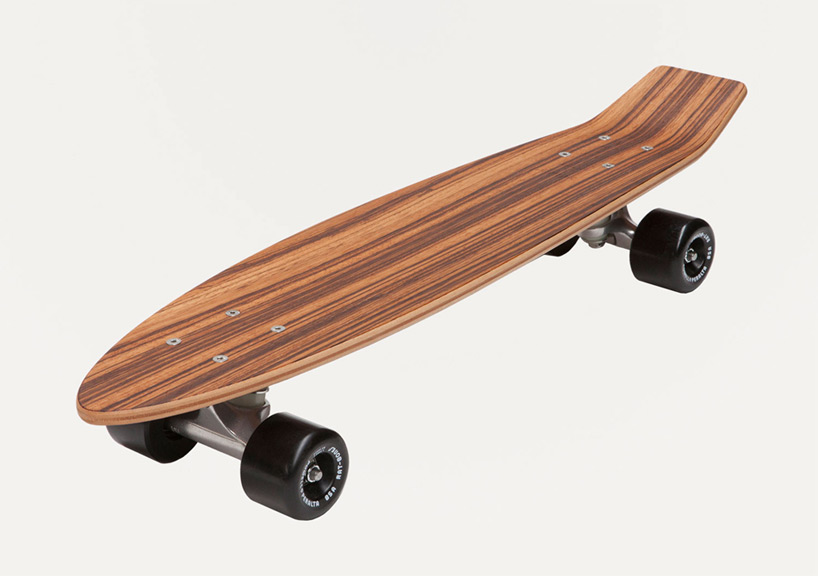 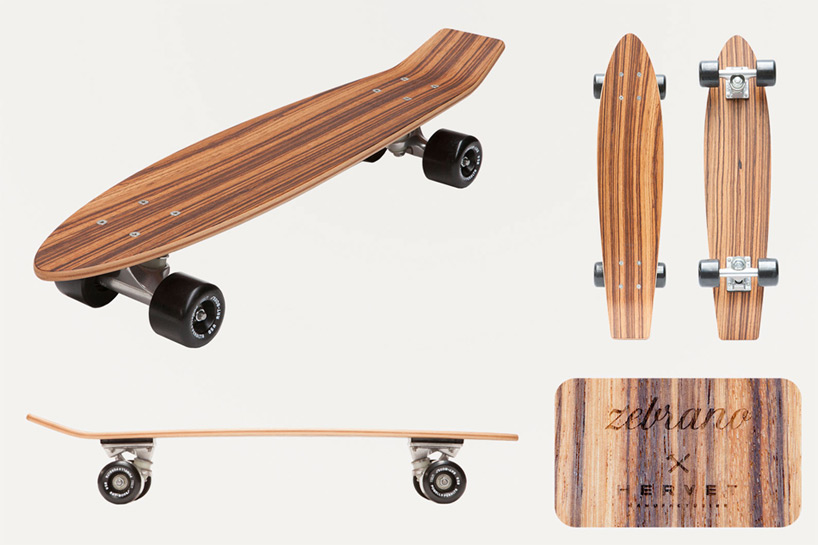 the decks are made using top premium exotic wood laminate

but while furniture may be their forte, HERVET-MANUFACTURIER has also rolled its way into the skateboarding market. the duo produces decks made from premium exotic wood laminate, including: fraké wood, rosewood, zebra wood and ziricote wood. each wood series of boards are hand-made in a limited edition of 100. like their furniture, HERVET-MANUFACTURIER’s wood skateboard collection is an expression of craftsmanship and quality materials, never comprising the wood, or the form of the object itself. 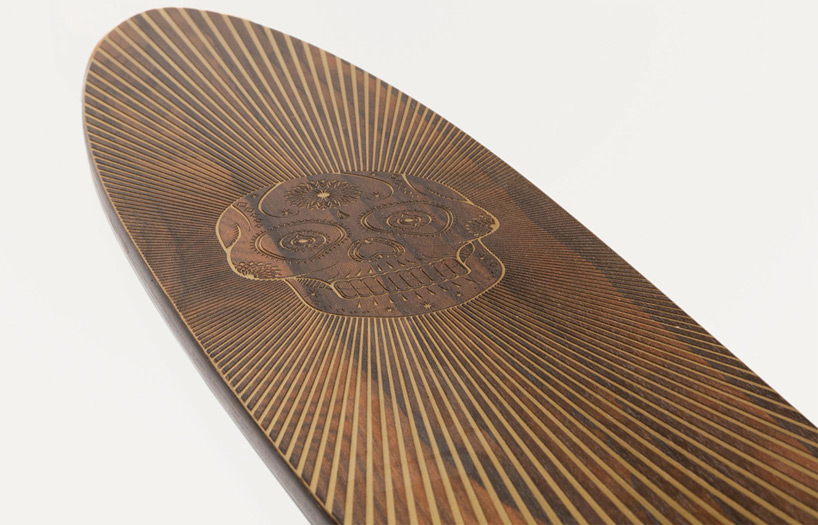 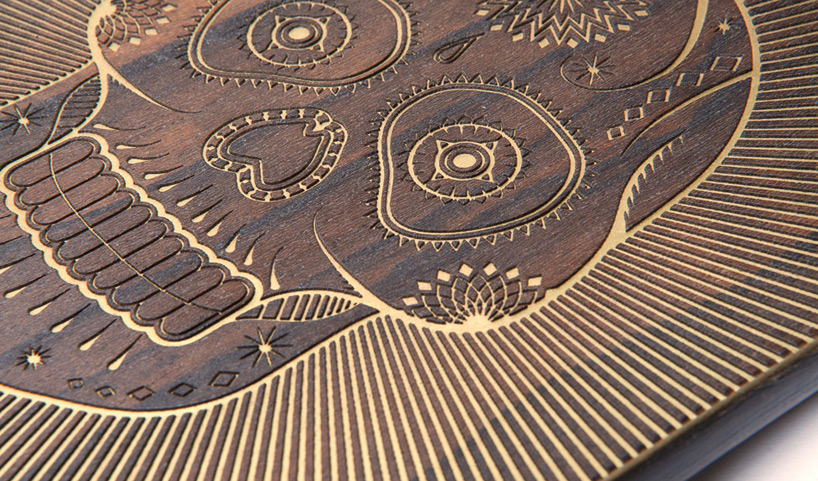 as part of its skateboard production, HERVET-MANUFACTURIER collaborated with daft punk on a small batch run of decks adorned with the electronic music groups insignia. the artisanal skateboard decks were made in france from molded beechwood and clad with formica laminate on both sides. they were characterized by a top face laser engraved with a ‘grip effect’ of daft punks logo, repeated across the plank; while the bottom was a two colored inlaid logo. named after the music group’s song ‘da funk’, the limited edition series offered 25 units per colorway, and was sold out within minutes of it going on sale. 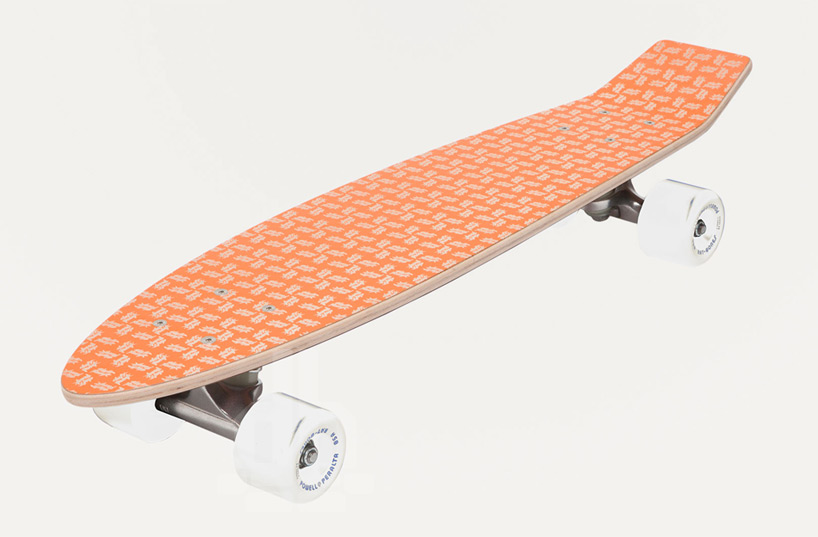 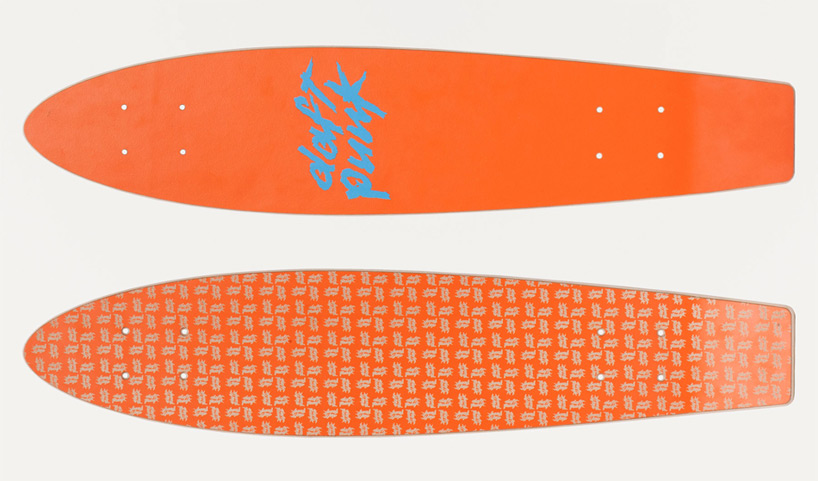 the ‘da funk’ collection was available in 5 colorways 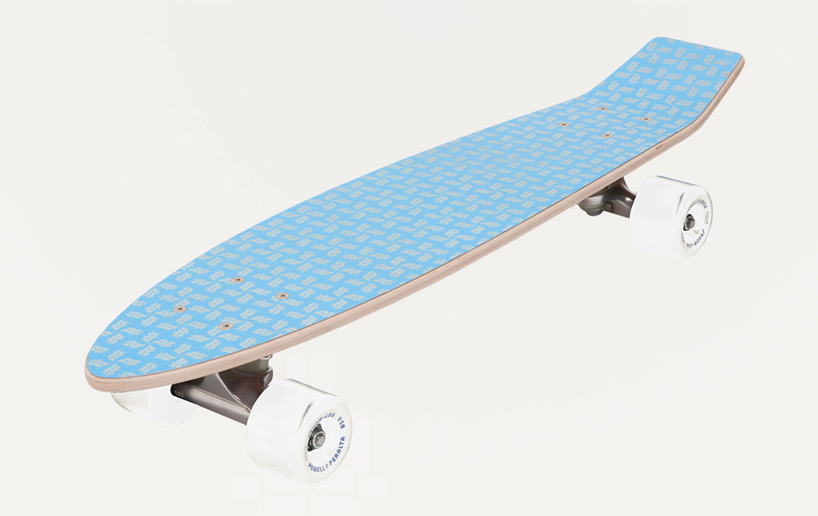 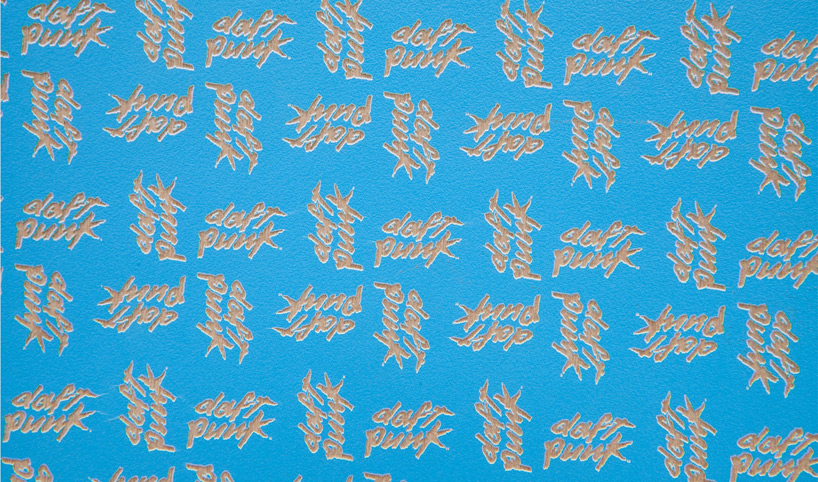 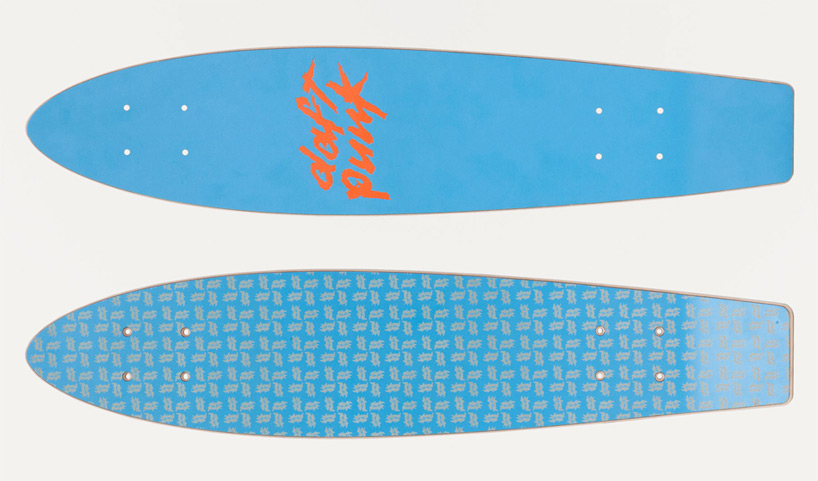 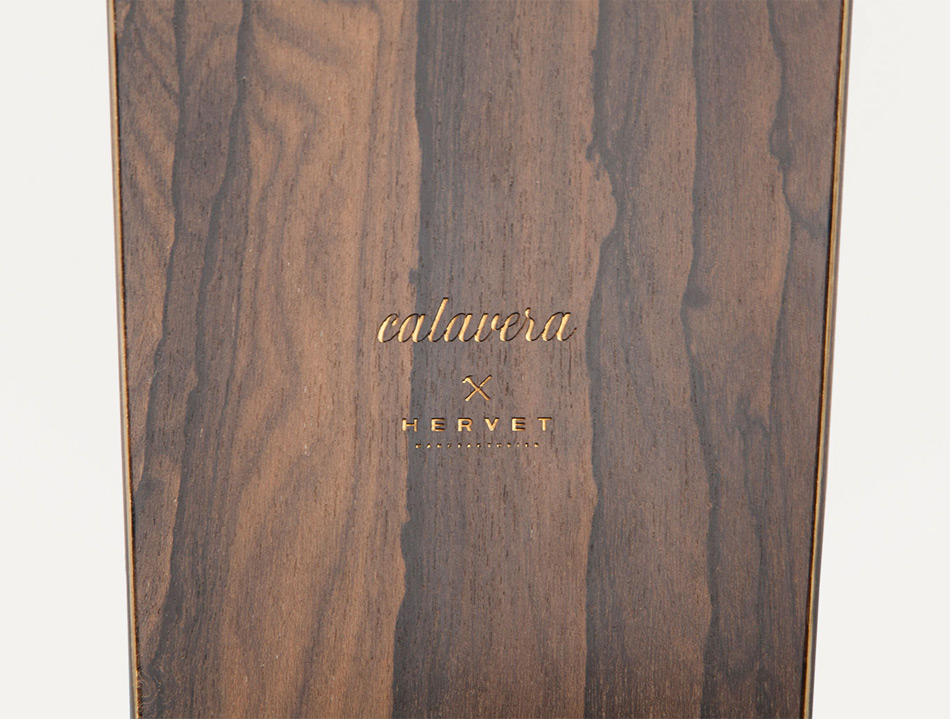 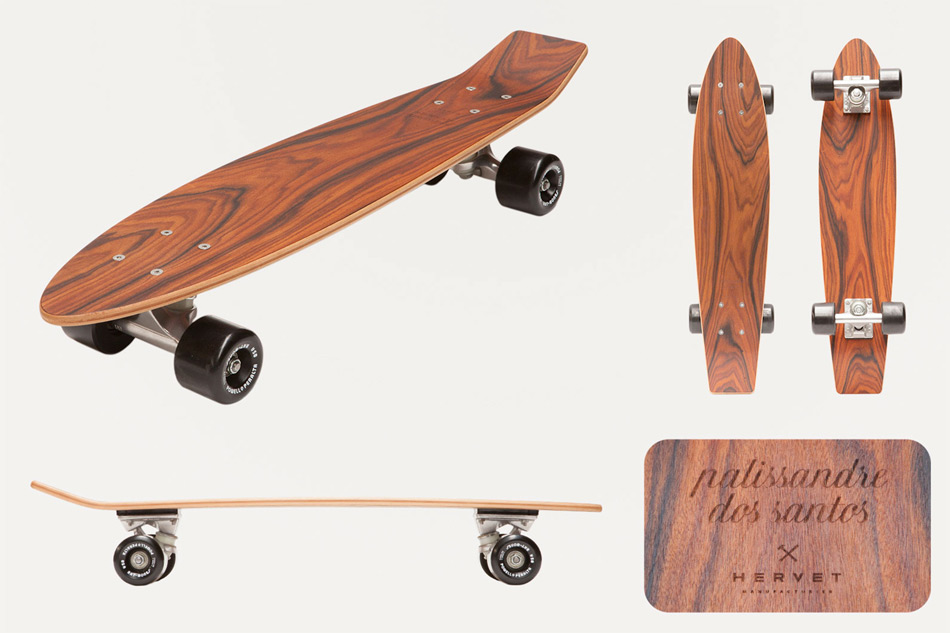 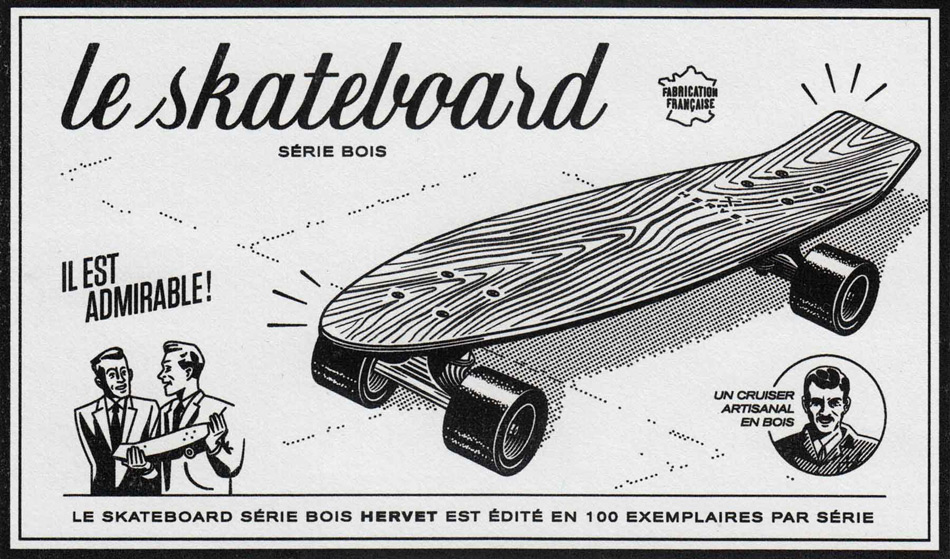 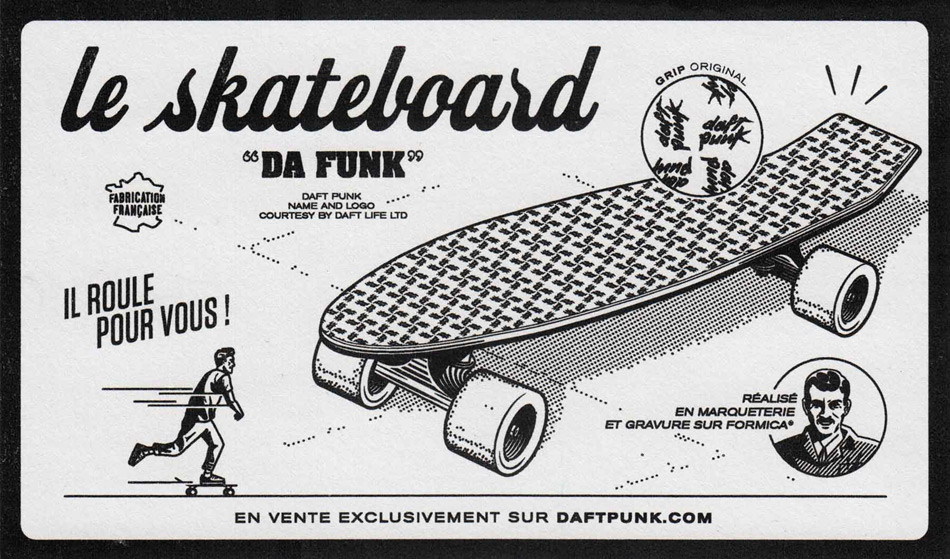 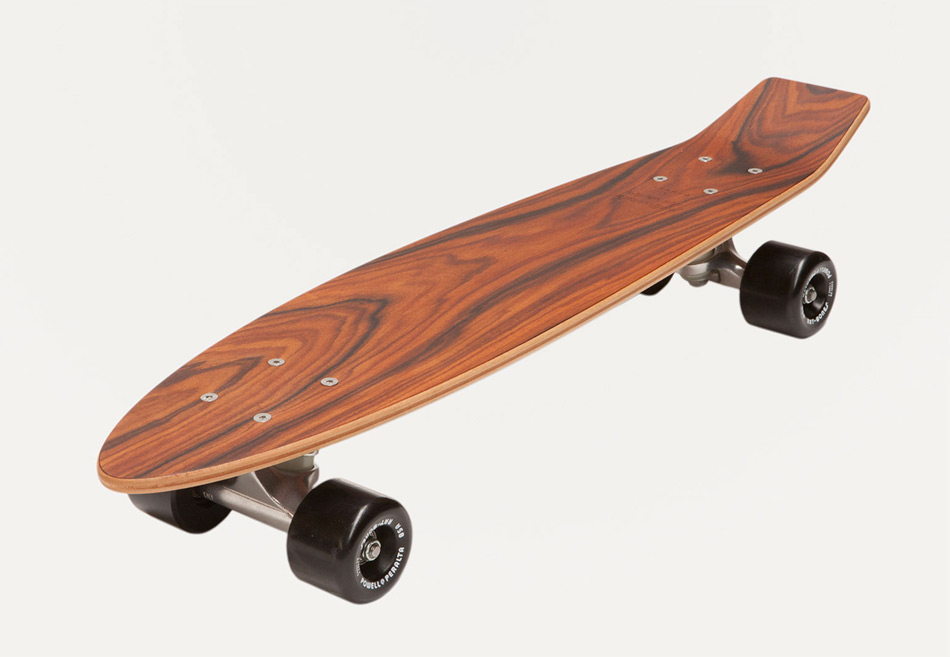 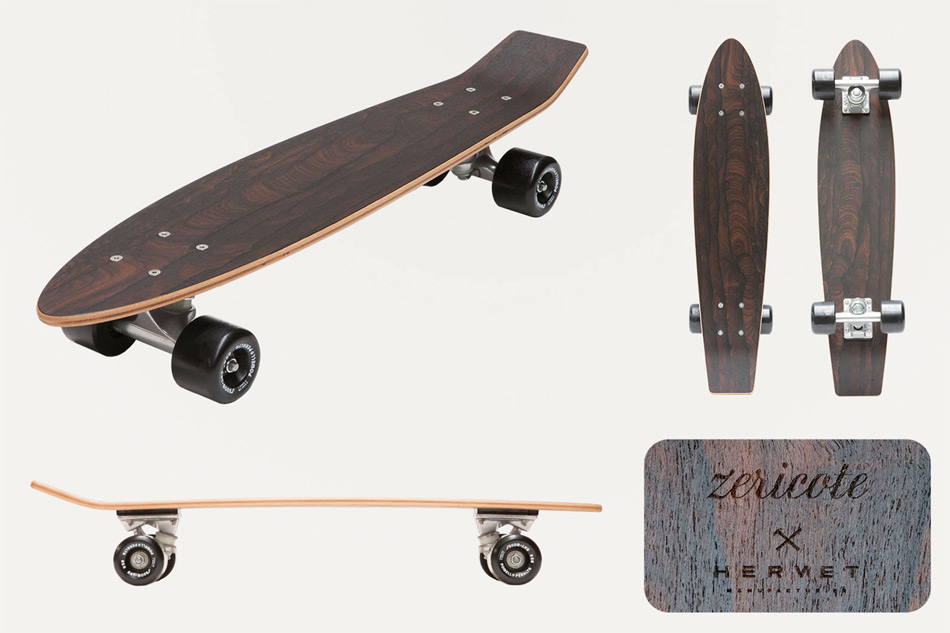 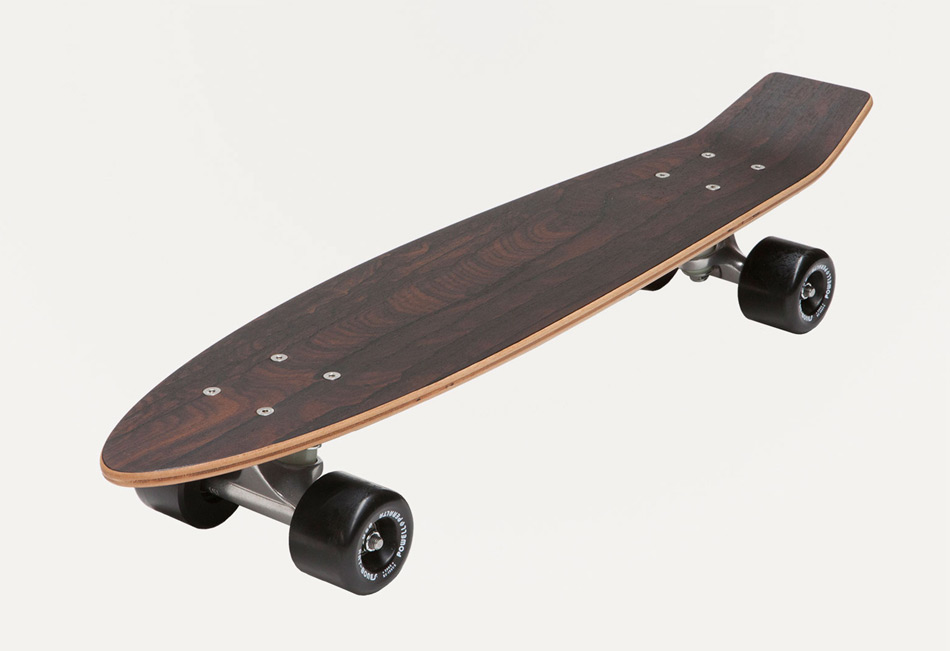 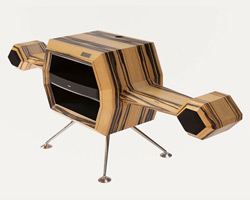