heydays is a design agency based in oslo. the focus of their work is developing visual identities, digital solutions and other associated material for clients. on of their 5 co-founders, mathias haddal hovet told designboom more about the studio’s work.

mathias haddal hovet: my father is a graphic designer and he has been a big influence on me. he’s been running his two man studio in our hometown on the west coast of norway for over 40 years now. we often discussed his work at home and I think this gradually influenced my interest in form and design. both my grandfathers were furniture makers and one of my sisters works as a furniture designer, so I guess this was my path. I’ve always been fascinated about by having a career which combines creativity and business thinking.

in school I met my fellow partners in heydays. we worked on various projects together, as well as some paid work after school hours. our first project together was design and art direct a scandinavian hip-hop and RnB magazine. at the time it was a really huge responsibility and we got to experiment a lot!

we started heydays straight after finishing school in 2008. our plan was to rent a place where we could work on various projects together. during the summer these plans escalated quickly and we decided to give it a go. our background, skills and visual preferences were quite different, which all made it pretty interesting. nearly 7 years later, the five of us still work together, and we get to work with clients from all over the world. 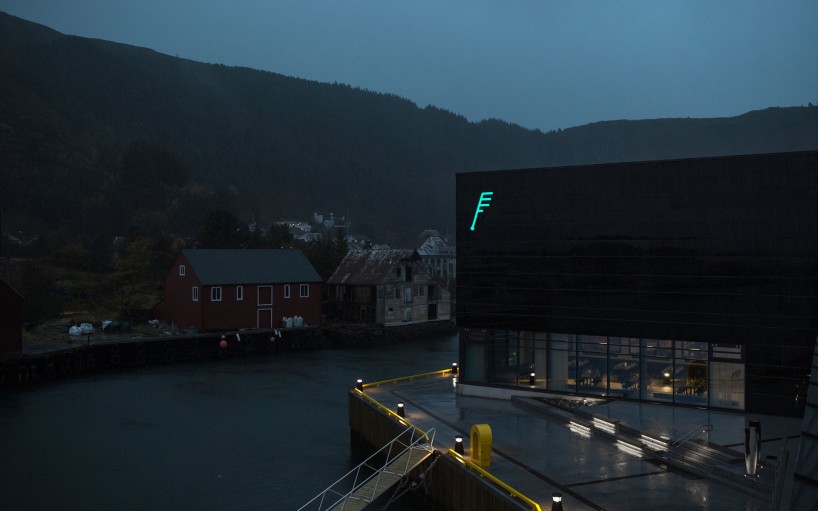 the identity consists of 10 logos. going from calm to stormy, the dynamic identity reflects the contrasts and nuances in both music and the dramatic location. 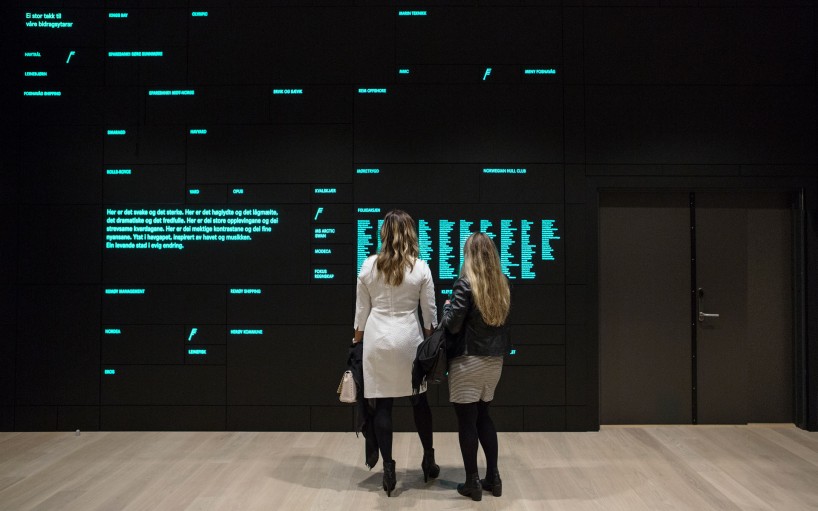 ‘as the concert hall was founded by the local community, it was only natural to honor them in with their very own part of the building. the wall is built up by tiles split into seven categories, ranging from the smallest to the largest donations. a scale itself, just like the rest of their identity. being almost four meters high, it has a strong impact on the audience. and inspired by the buildings tiled glass facade, the wall feels like an integrated part of the building.’

MHH: I like to spend time on the concept. our main teacher at school, paul van brunschot, was a trained ad-man from the netherlands, not a graphic designer. he sadly passed away a couple of years ago, but has been a huge influence on all five of us. he spoke from the heart and taught us to really work on the conceptual side of design. thinking big and conceptual, before thinking small and details. he gave us lots of good lessons in how to turn problems in to opportunities and that limitations in design are a good thing. these rules, and how to create strict limitations in our own design work has stuck with us.

DB: would you say he has been the biggest single influence on your way of thinking?

MHH: certainly one of them – but it’s always hard to narrow influences down to just one or two. my views on design are challenged all the time: by new clients, new projects and new opportunities with new techonlogy. its important to have an open mind and to take a step back once in awhile. really question the way you work and what your work communicates. I’ve learned that design processes can solve just about anything, if you gather the right people. 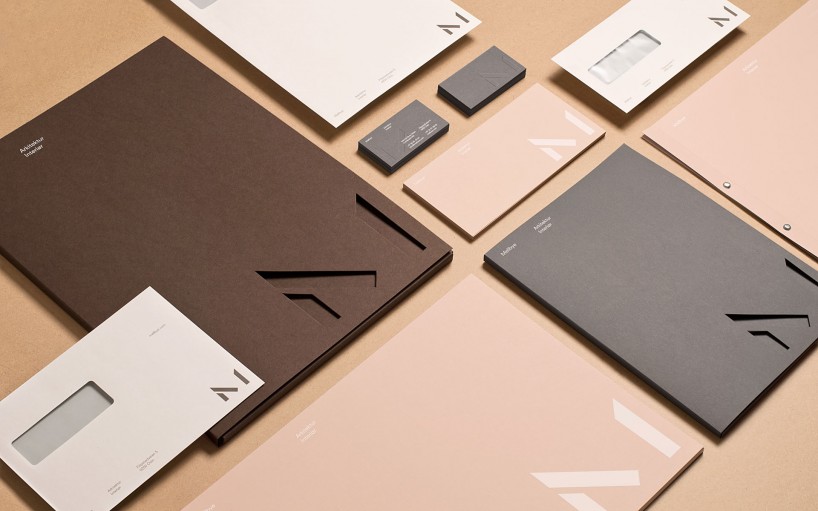 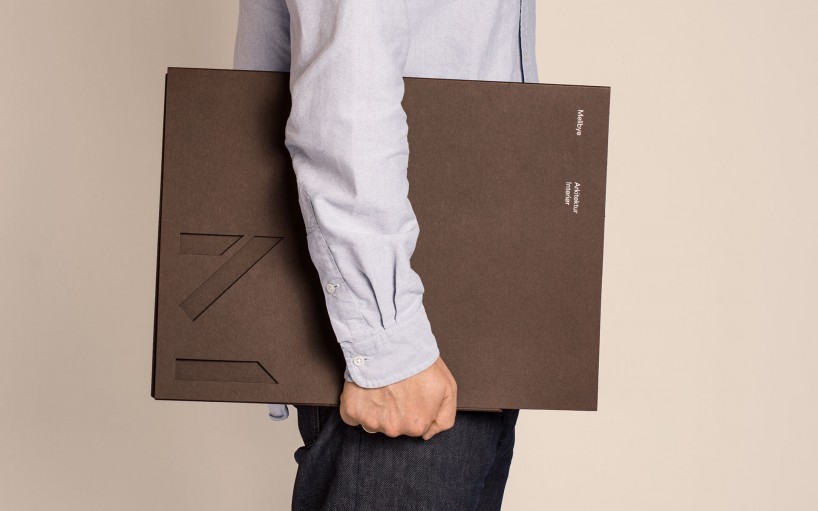 ‘with their mindset anchored in modernism, we created an identity based on a symbol that combines their two main services: architecture and interior.’ 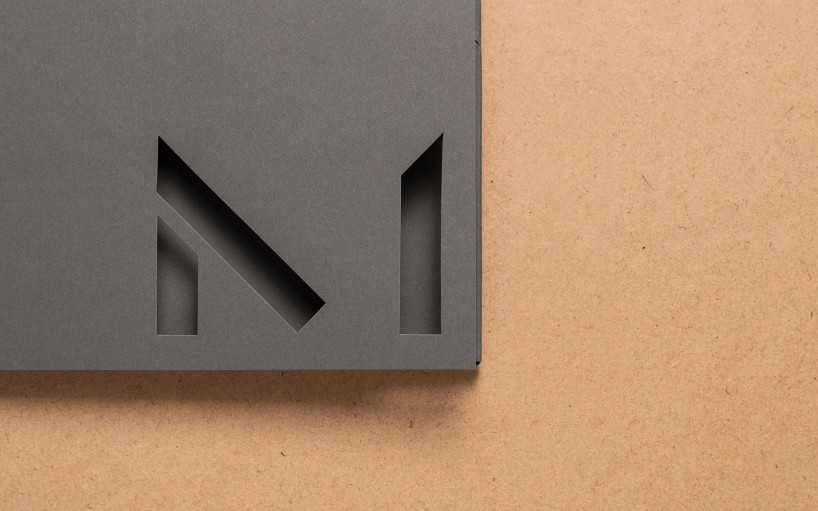 detail of the die-cut folder

MHH: the ability to take a step back and question just exactly what is being communicated. I’m getting better at asking the right questions instead of trying to give the right answers.

MHH: there’s something interesting about most projects if you pick up on the most relevant part of the brief. 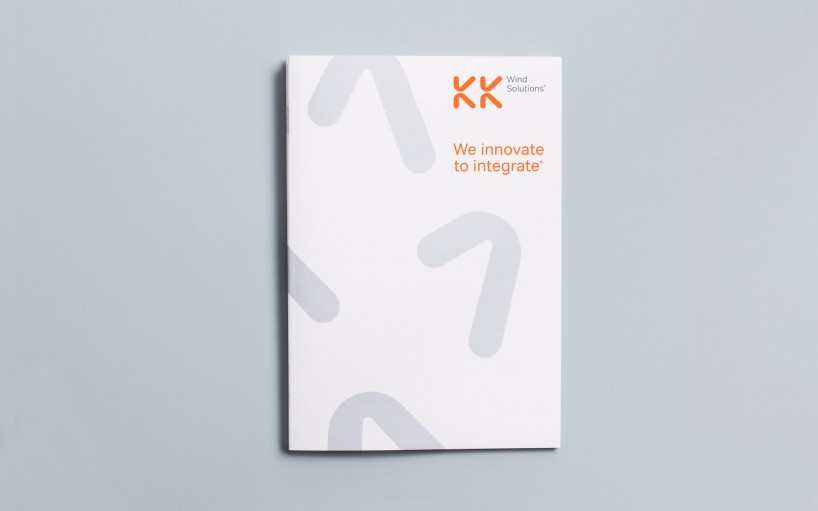 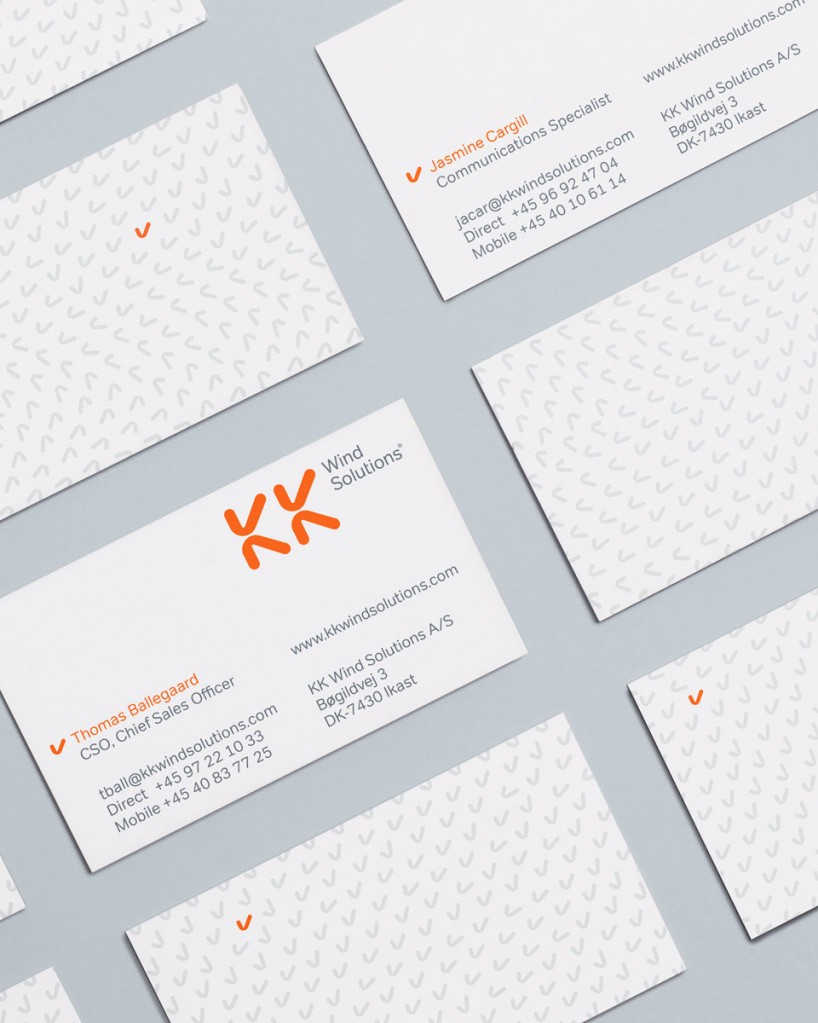 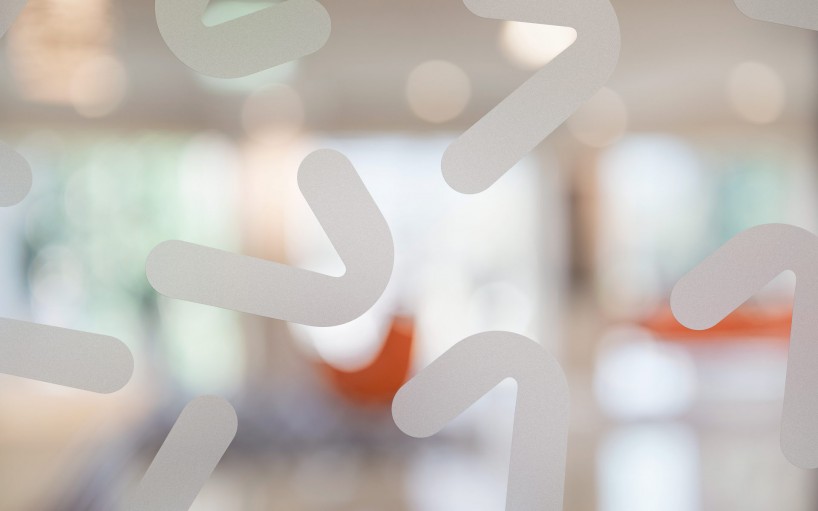 application of the identity in the work place

MHH: I believe in unbundling. less one-stop-shops and more specialised teams collaborating. its more flexible, gives the client more options and I believe its easier to innovate in such an environment, much more than if everything happens under one big roof.

MHH: this is a double-edged sword and a really interesting debate. on one hand, having everything accessible at the tip of your finger, makes the world feel a smaller place. it’s easier to collaborate, have your work published globally, buy design services outside your own country etc. at the same time such resources also makes our field of references so much bigger. its easy to research cultural differences in visuals, approaches and language. I’m not sure if this really makes each country and visual language increasingly similar, or if it creates a stronger cultural heritage you want to cherish – a bit of both perhaps. 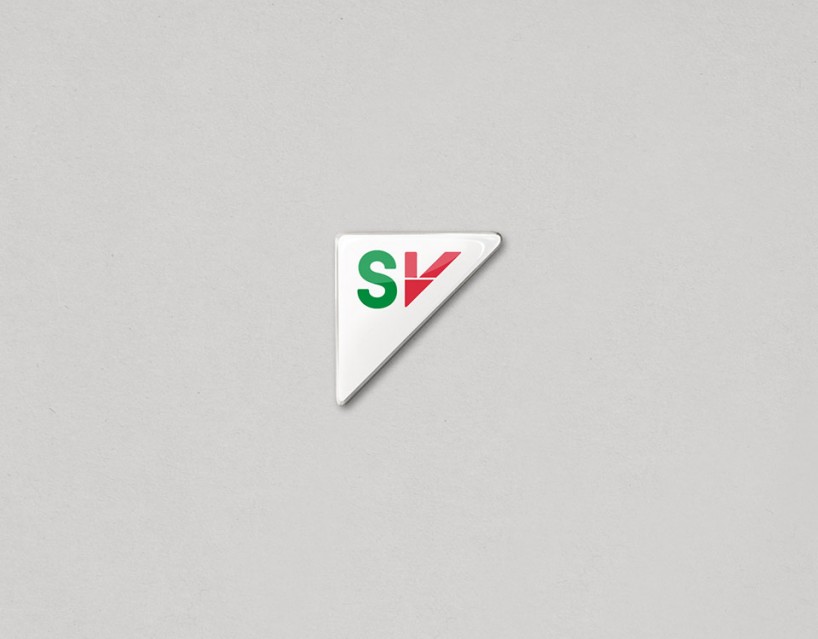 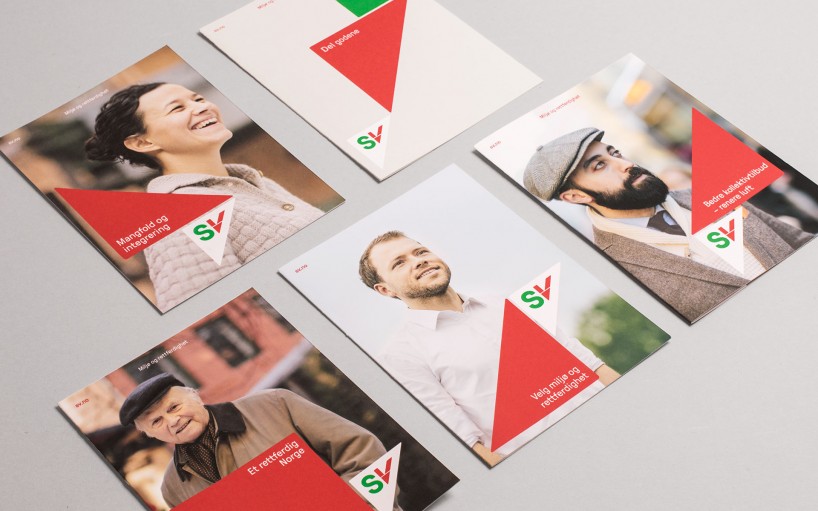 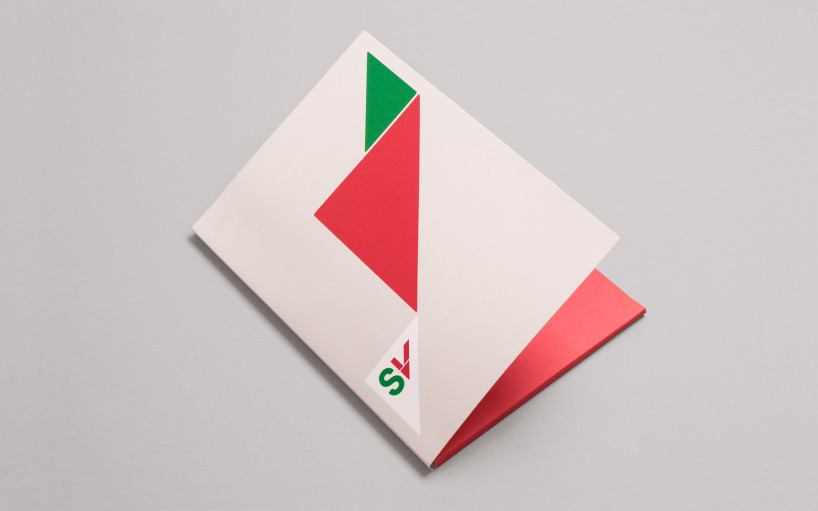 MHH: we’re really fascinated by how visual identities and design can change based on the input from outside forces. that could be input from the people, physics, sound, big data etc. we recently created an identity and signage system for a concert hall which changes based on the soundscape inside of the building.

MHH: since I’ve grown up on the west coast of norway, I love the mountains, fjords and everything that comes with them; skiing, fishing, hiking and so on. I also enjoy playing football and watch arsenal football club, whenever they play. I love travelling with my girlfriend or friends, eating good and learning about new places. 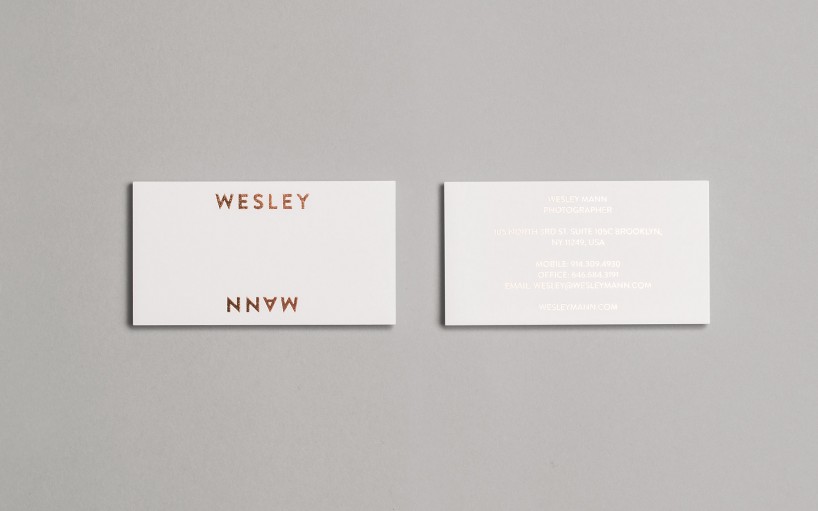 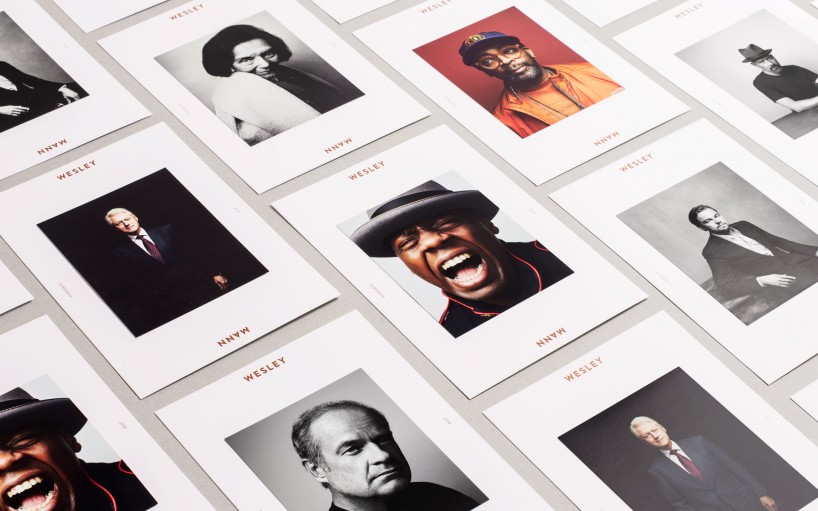 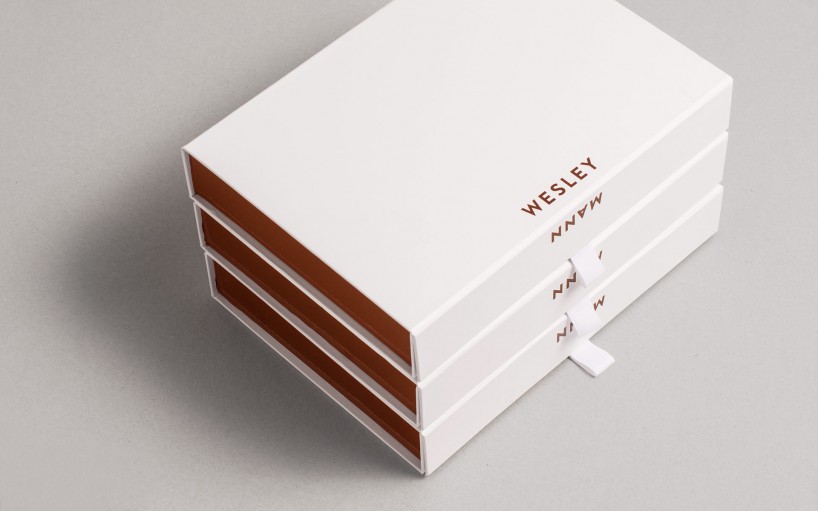 Jun 03, 2021
'useless architecture' exhibition at the noguchi museum explores a social purpose for sculpture
designboom spoke with dakin hart, senior curator of the noguchi museum and the exhibition's organizer, to learn more about the show.
design
131 shares
connections: 47

Jun 02, 2021
this bright yellow loopy chair by nik bentel is made from common tubular bike racks
the chair allows for a novel construction using the common formal language of the bike rack, while not having to create excess equipment for manufacturing.
design
+1K shares
readers
connections: +300

Jun 01, 2021
naturally cooled 'groundfridge' is a sustainable alternative to refrigerated cellars
'groundfridge' requires no electricity, as utilizes the insulating capacity of the ground and the cooler night air temperatures.
design
+1.2K shares
connections: 64