the ‘hollywood star charts’ by manchester-based dorothy studio re-imagines constellations as well-renown american films and re-names the stars that make up the constellation clusters after the hollywood greats that appeared in them. films selected for inclusion include those that have been chosen for preservation in the USs national film registry, due to their cultural, historical, or aesthetic significance, by the united states national film preservation board and films that have won academy awards. the key at the base of each print lists the actors featured on the chart, the date of their oscar win or nomination and the position of their star on the hollywood walk of fame. both prints are available from the dorothy shop as signed and stamped limited edition prints. 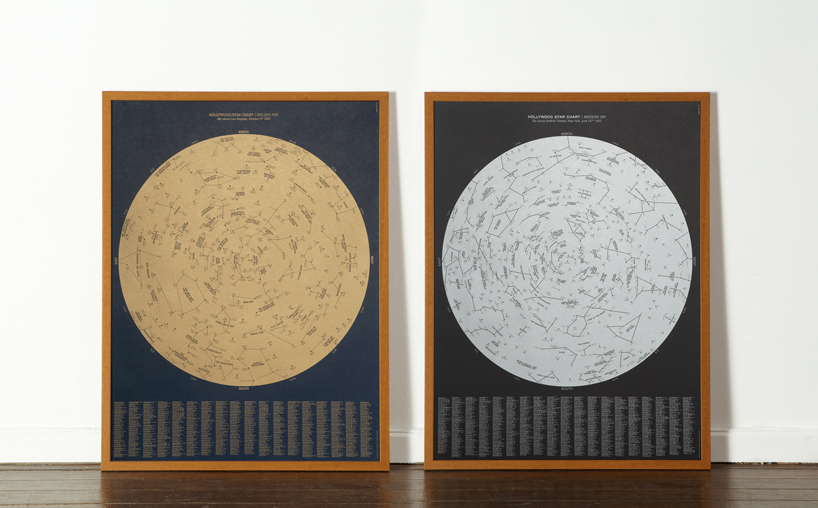 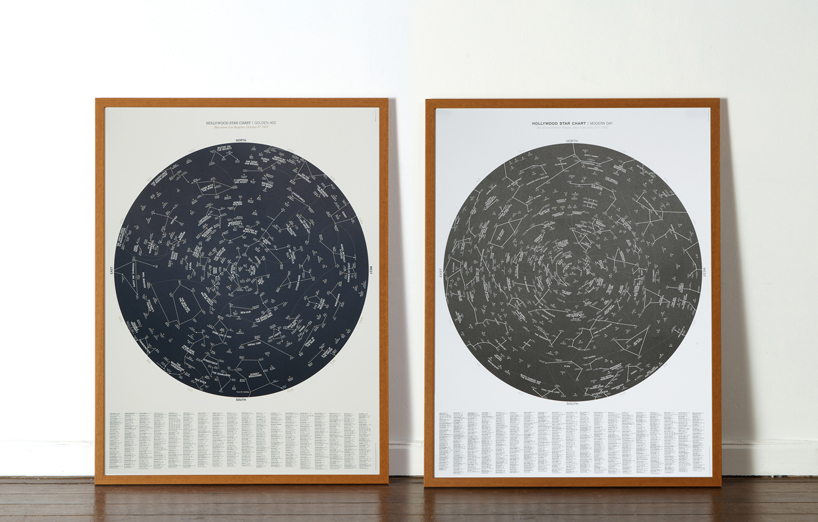 ‘the golden age star chart’ is based on the night sky over los angeles on october 6th 1927 – the release date of al jolson’s ‘the jazz singer’. this film was the first feature-length motion picture with synchronized dialogue and its release heralded a new age of film making and the decline of the popularity of the the silent film. 62 films feature on the golden age star chart including the jazz singer, king kong, the wizard of OZ, it’s a wonderful life, gone with the wind, casablanca and rebel without a cause. 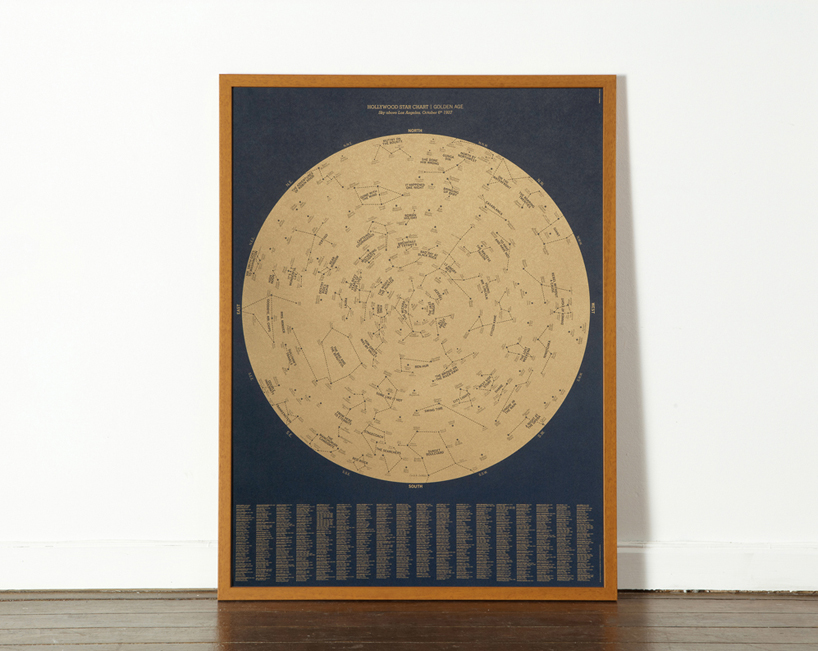 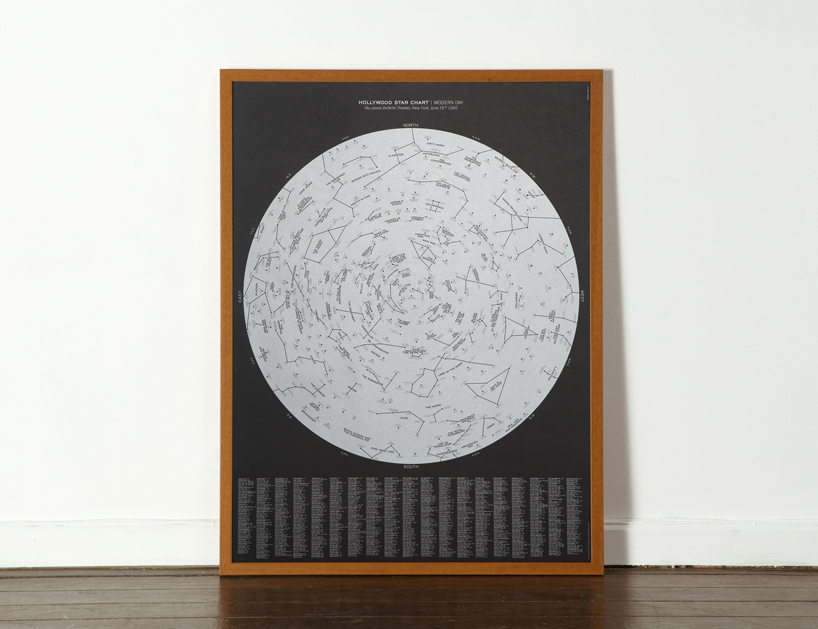 ‘the modern day star chart’ is based on the night sky over new york on june 16th 1960 – the date of the first showing of hitchcock’s ‘psycho’ at the demille theater in new york. this film, with is new approaches to storytelling, characterization and depiction of violence is seen as a key movie in the start of the post-classical era of hollywood. 108 films feature on the printed poster; including psycho, easy rider, bonnie and clyde, the exorcist, the godfather, chinatown, star wars, pulp fiction and avatar. 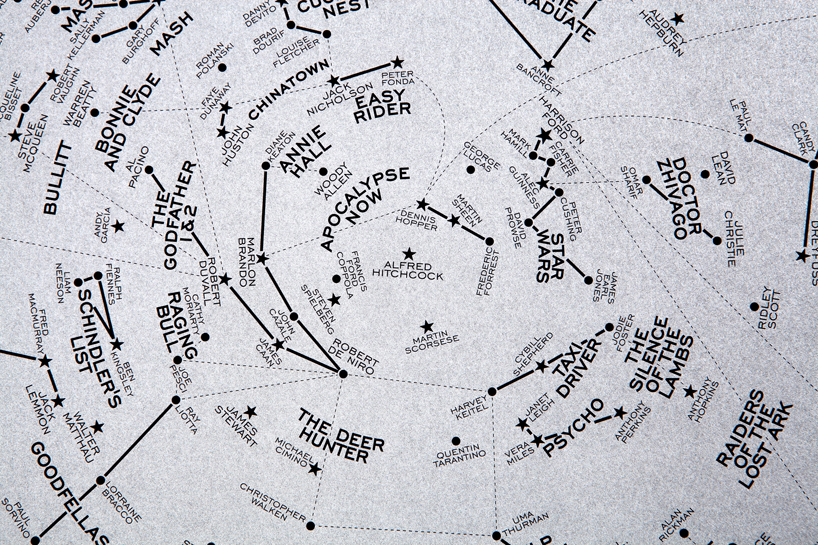 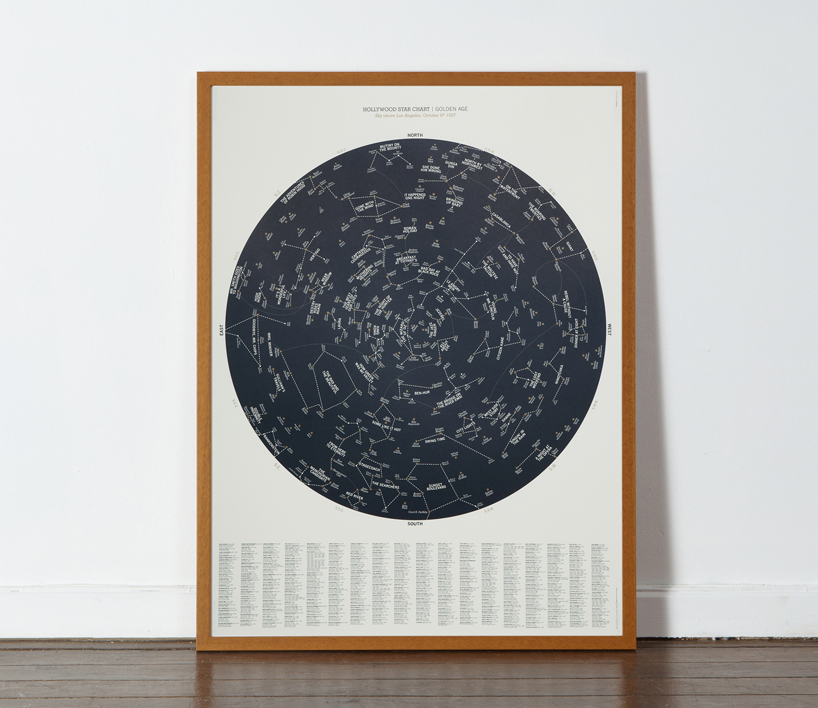 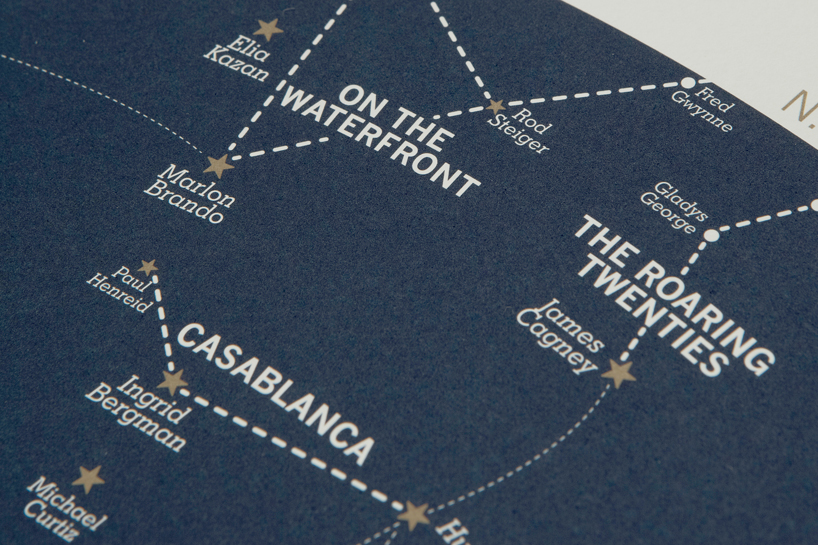 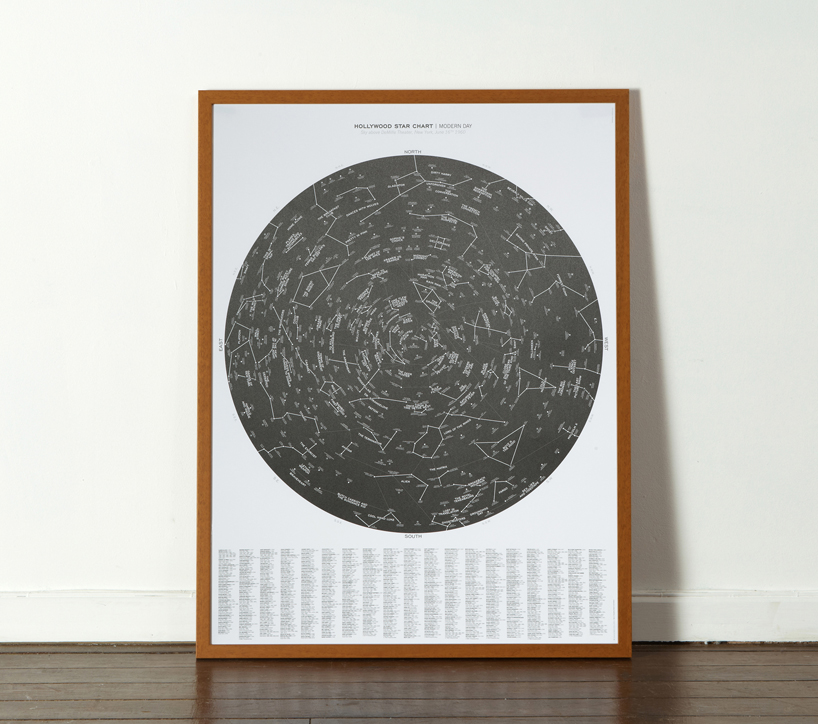 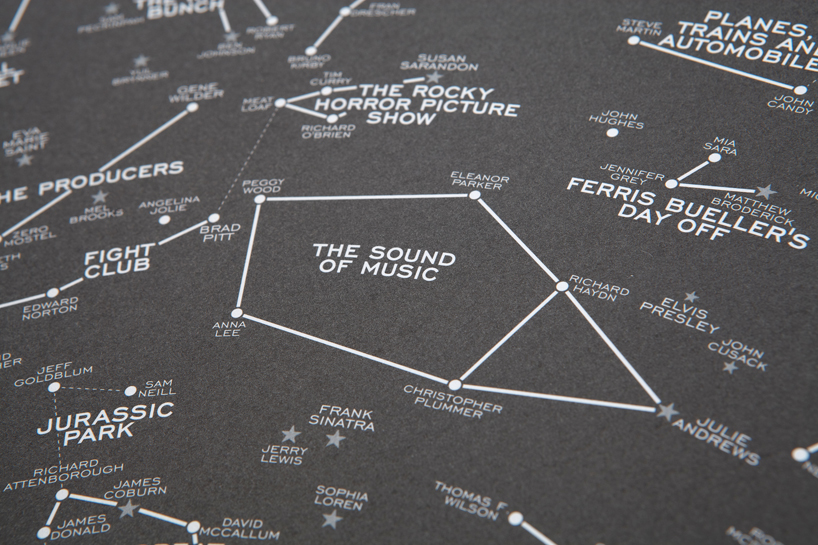 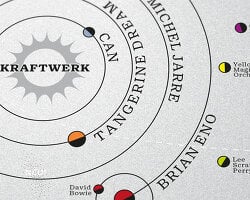