‘future archaeology’ by objects of common interest for etage projects presents a futuristic domestic landscape set within the frozen-in-time space of a nunnery utility room at alcova. on view as part of milan design week 2021, the installation unfolds around a series of objects made of steel and finished in a holographic surface treatment that leads to a playful perception of color. pure shapes such as bent, arch, curve, stack or juxtapose, define the forms of these utilitarian domestic pieces, which include a chair, a table, a stool, an armchair, and cabinet sets. 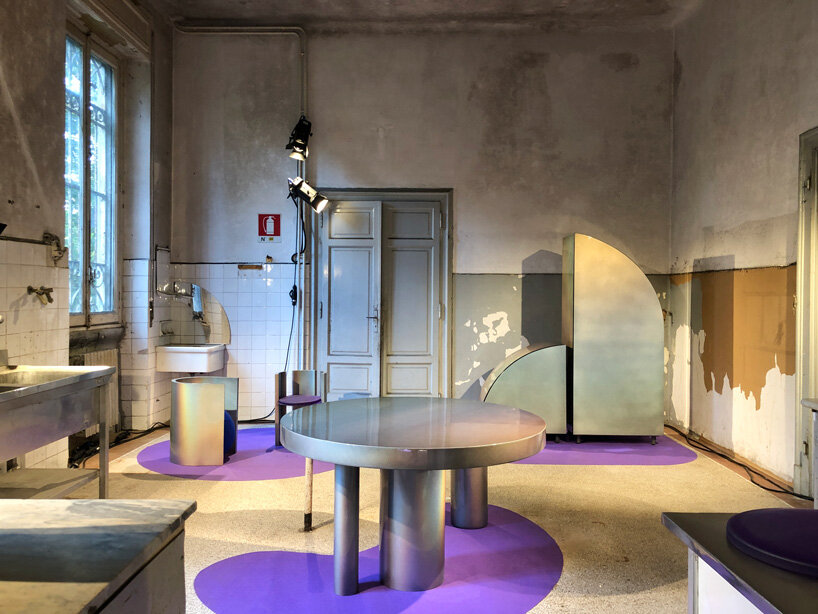 all images courtesy of objects of common interest and etage projects gallery, unless stated otherwise

marking the first collaboration between objects of common interest and etage projects, ‘future archaeology’ is developed as a spatial investigation at the intersection of history, coexistence practices, and contemporary habitation. aside from the utilitarian pieces of ‘holographic domesticity’, the nunnery utility room at alcova also features the ‘element lights’, a series of standing transparent figures with lights within their body described as ‘bare minimum elements combined in a volumetric object.’ finally, the room is complete with ‘liquid rocks’, a semitransparent resting element that sits upon a tray on casters. the solid rock formation is a familiar yet surprising material mass, solid and soft in touch, producing a unique sensible feel. 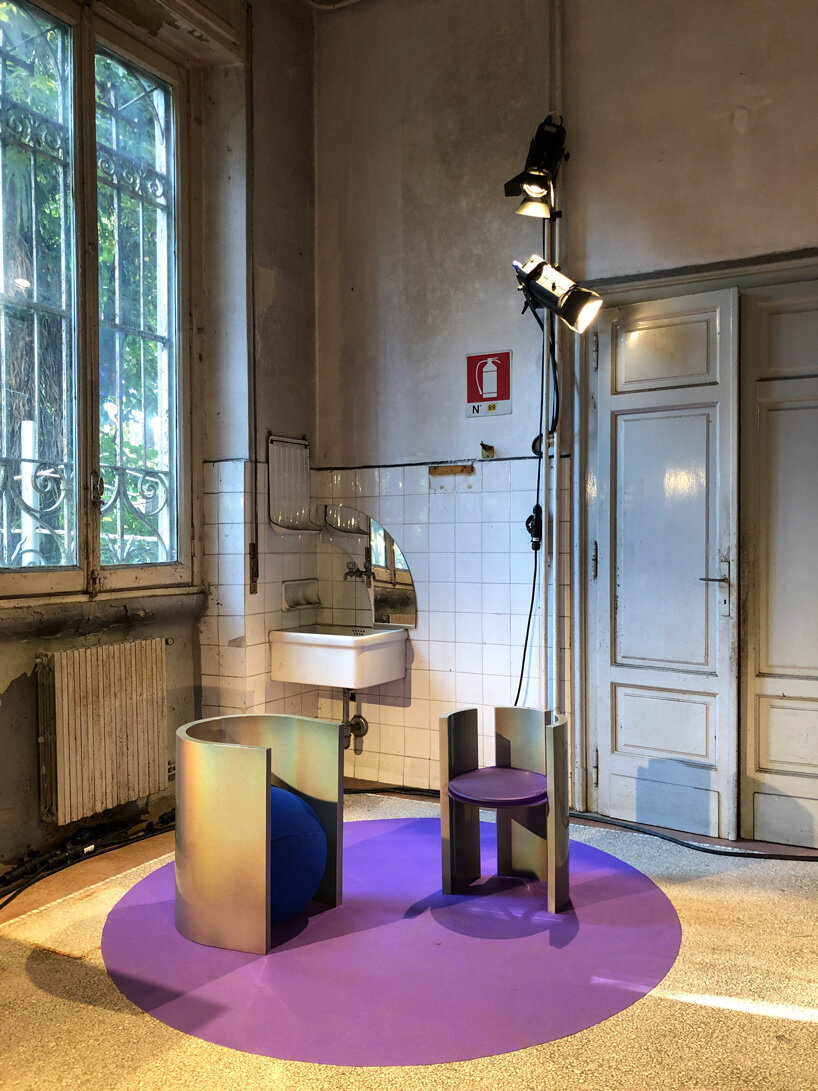 objects of common interest is a studio operating within the realm of art, design and architecture, founded by eleni petaloti and leonidas trampoukis. based in new york and athens, the studio was formed with the focus in creating still life installations and experiential environments and objects, demonstrating a fixation with materiality, concept and tangible spatial experiences. OoCI aims to create projects that balance between the long lasting and the ephemeral projects in time and objects whose creative approach stems from an abstract realm enriched with layers of conceptual readings: moments of unfamiliar simplicity, sculptural and material self-expression, structural articulation. 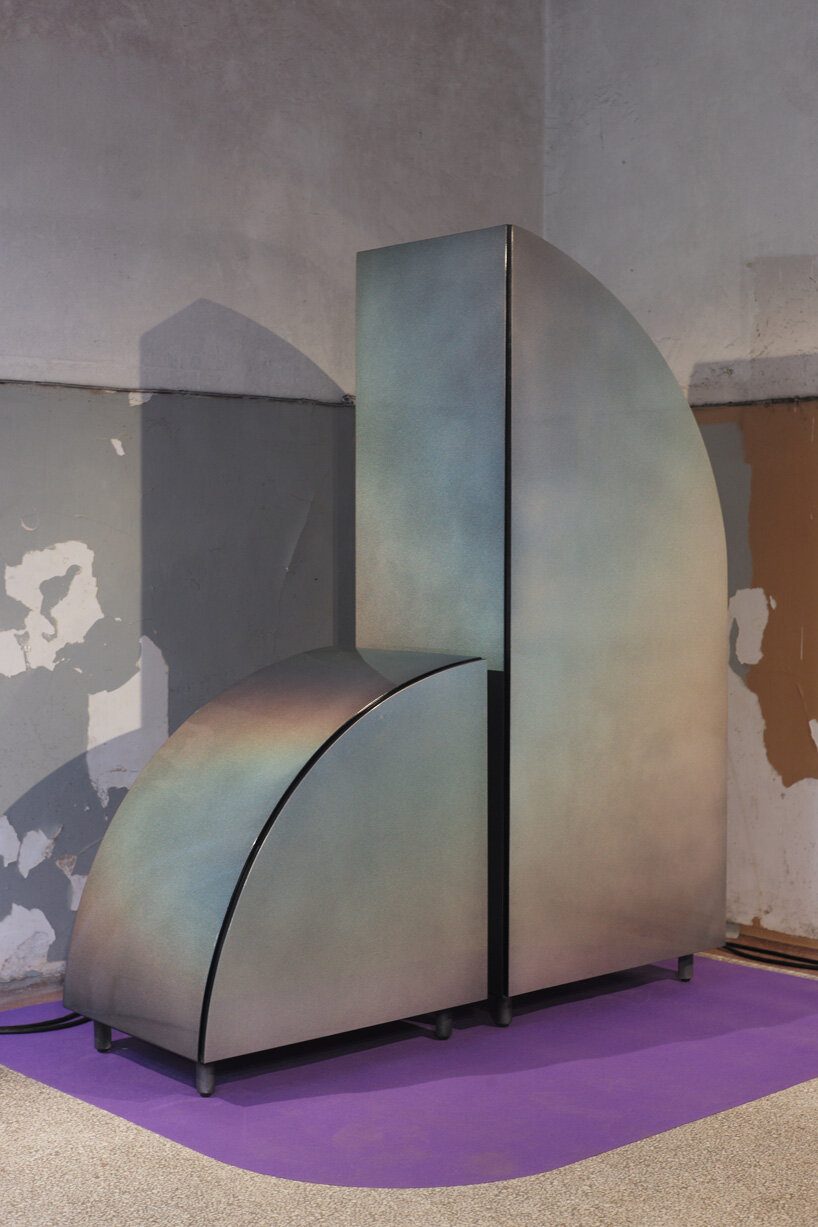 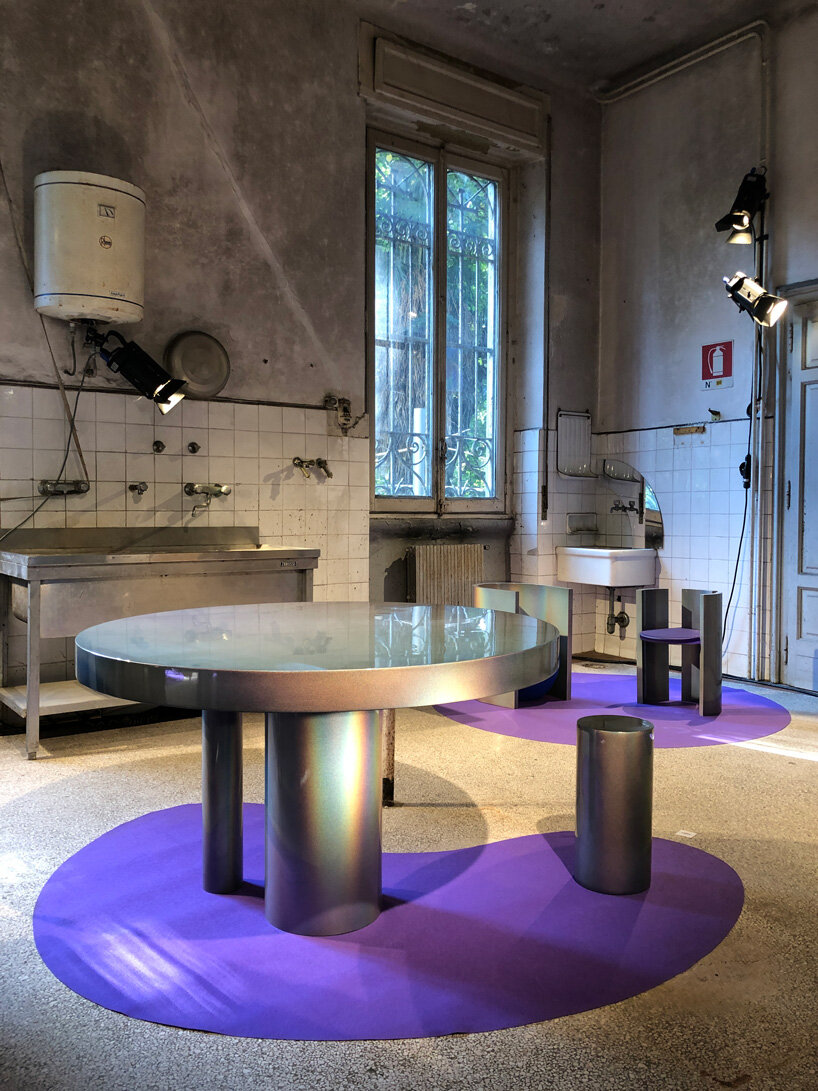 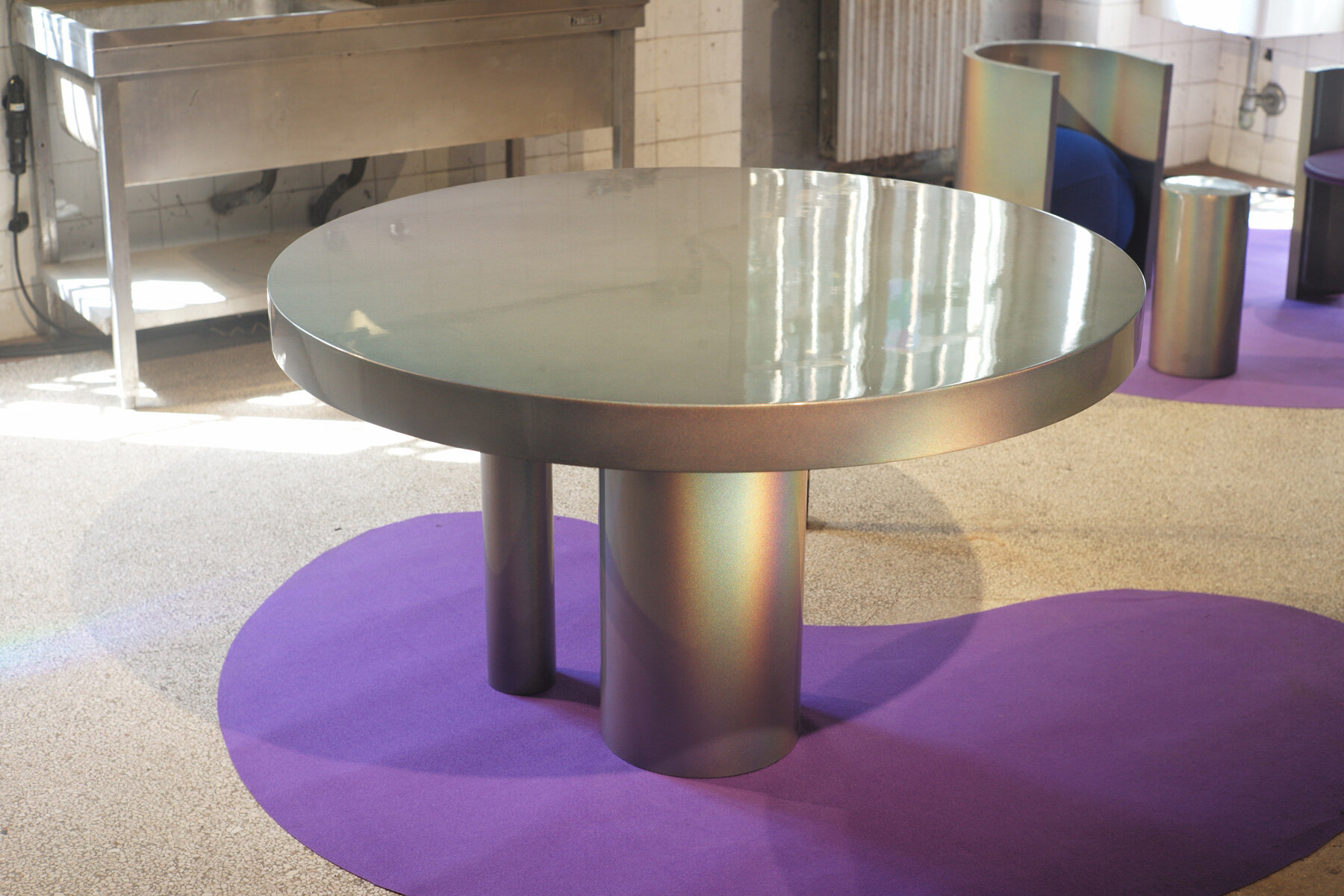 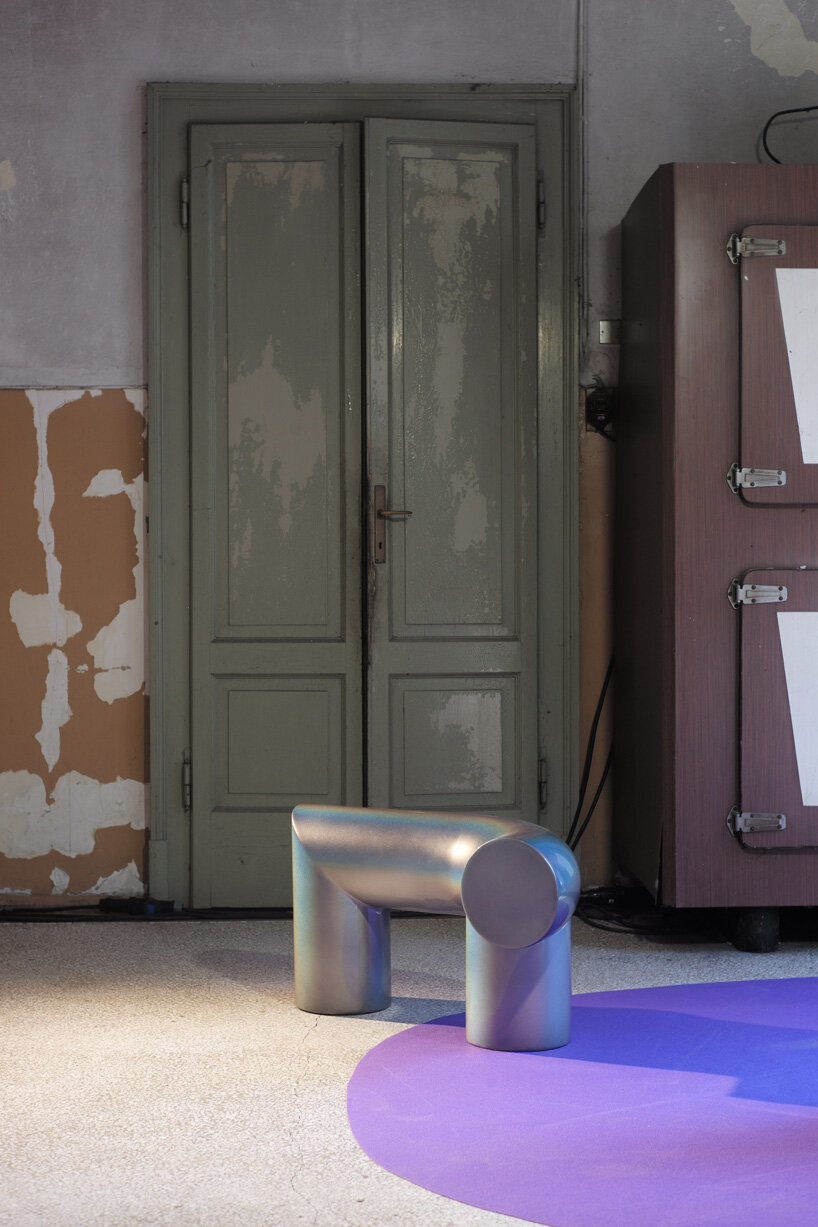 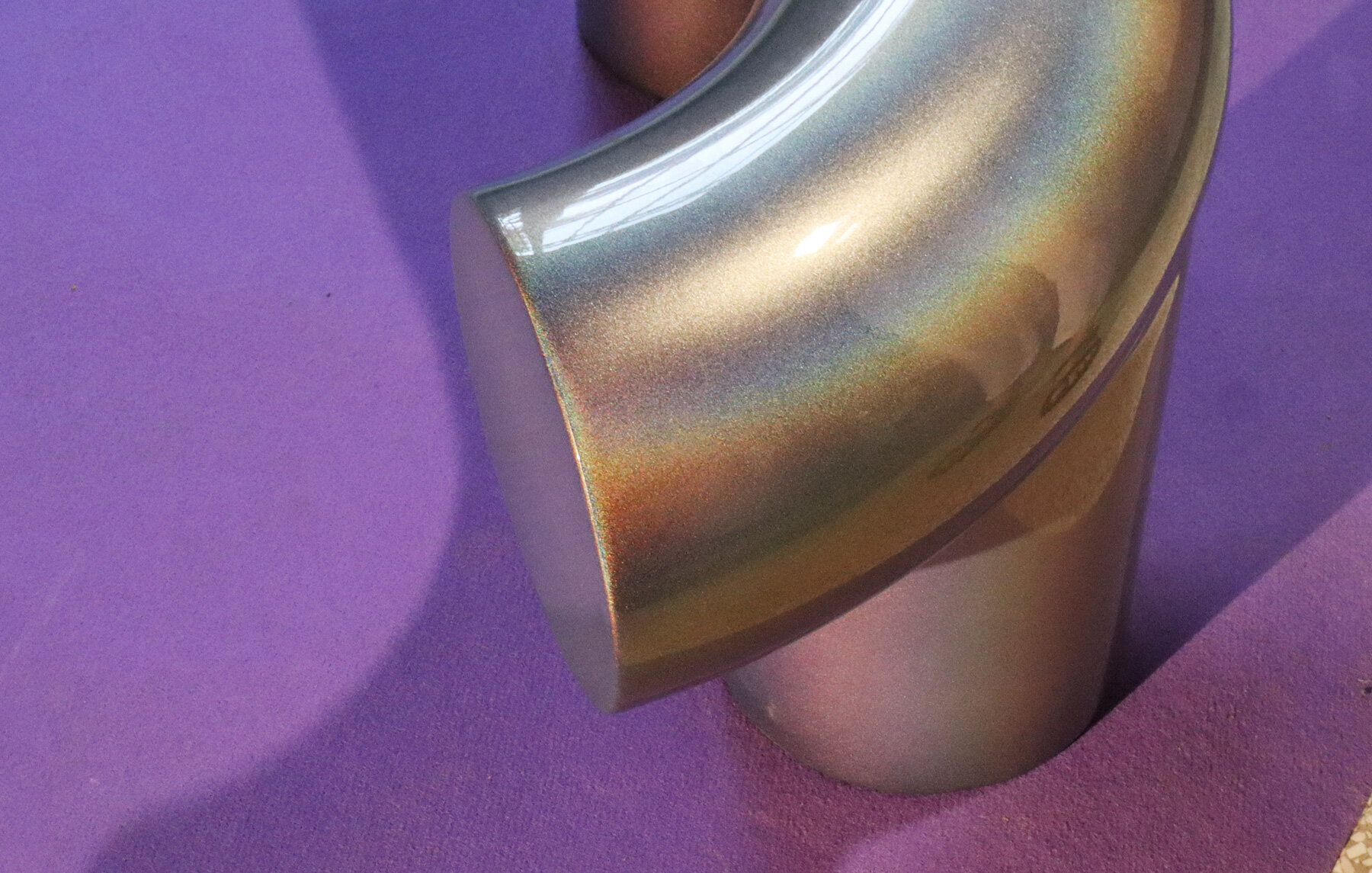 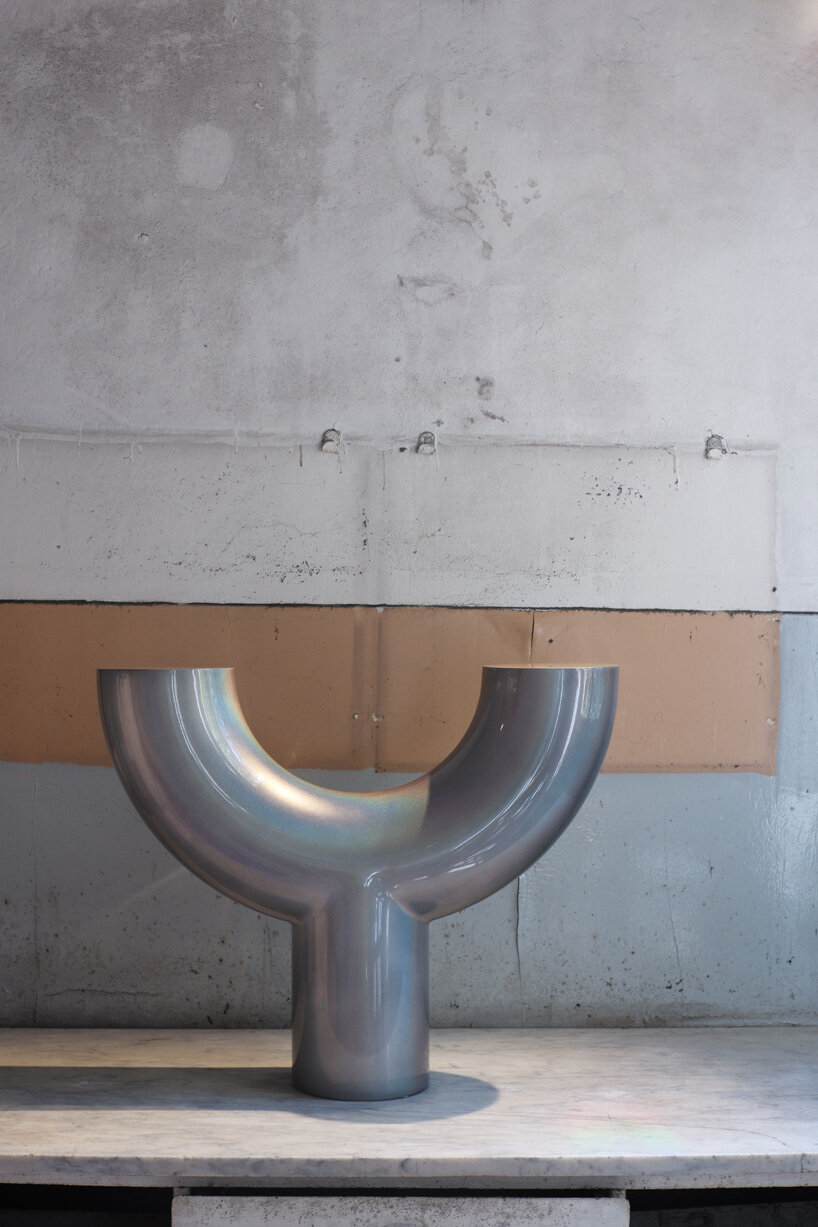 the treatment leads to a playful perception of color 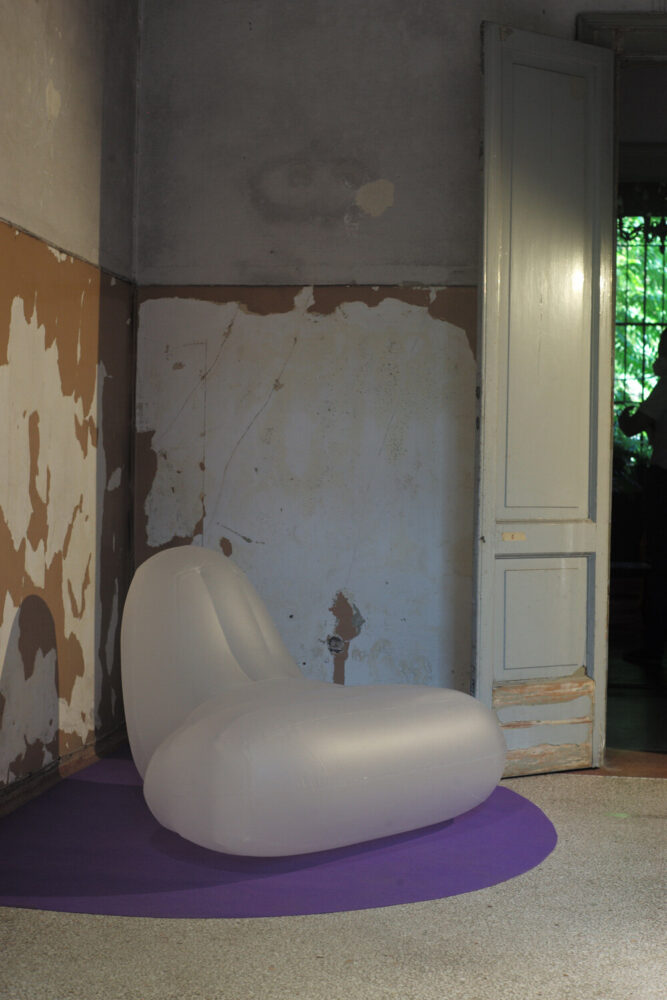 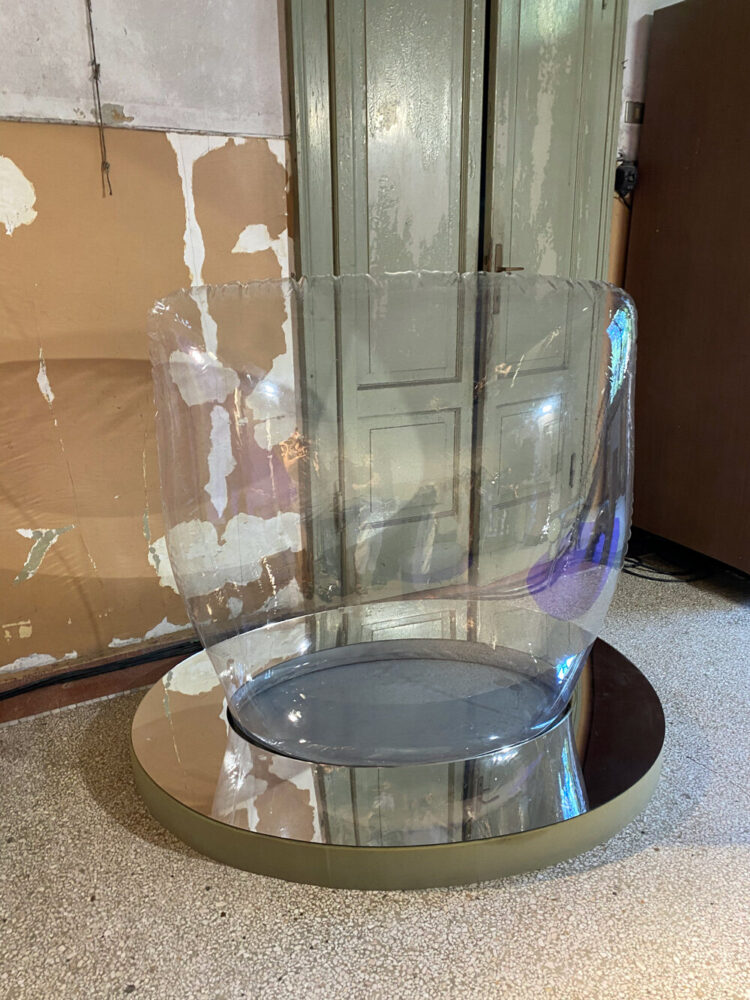 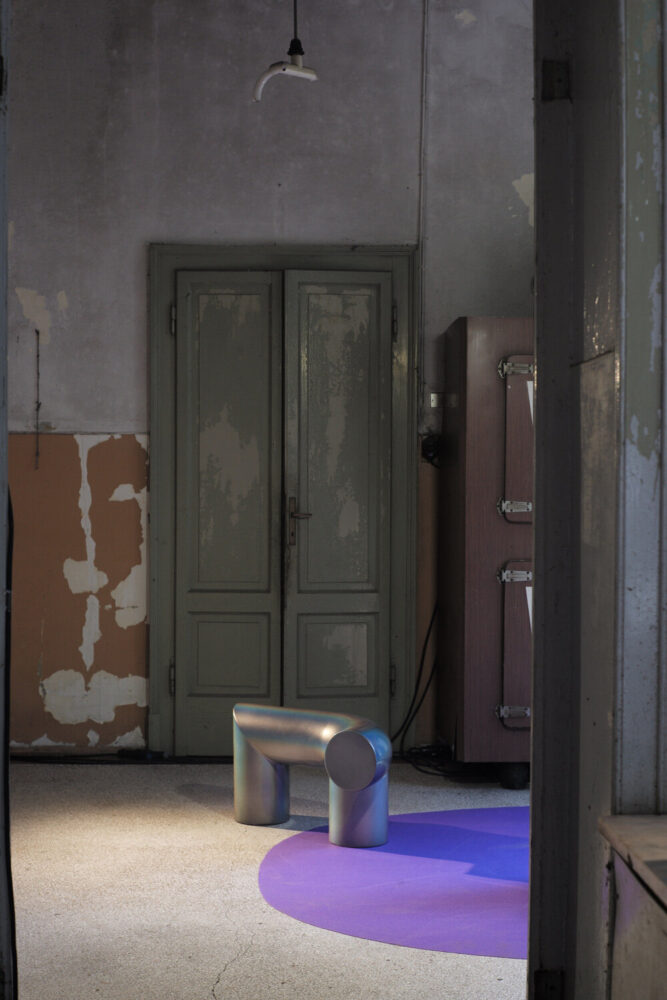 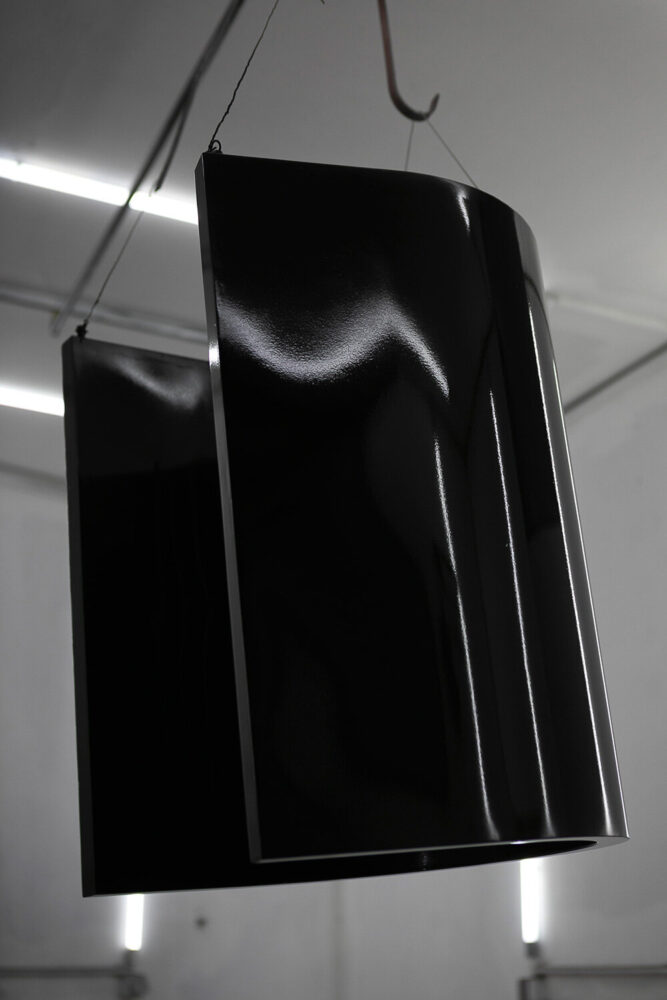 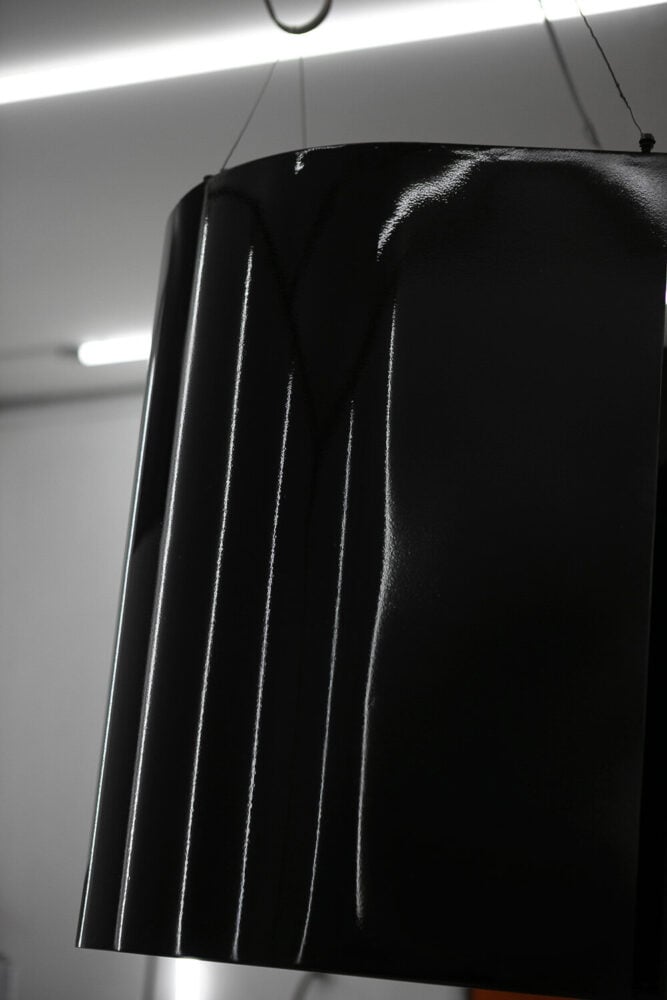 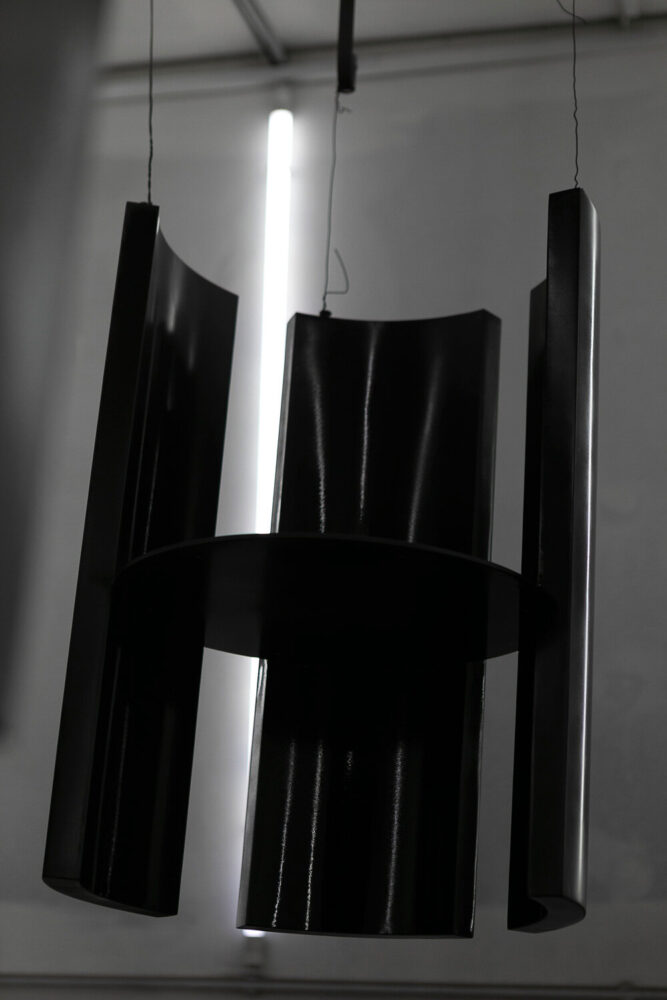 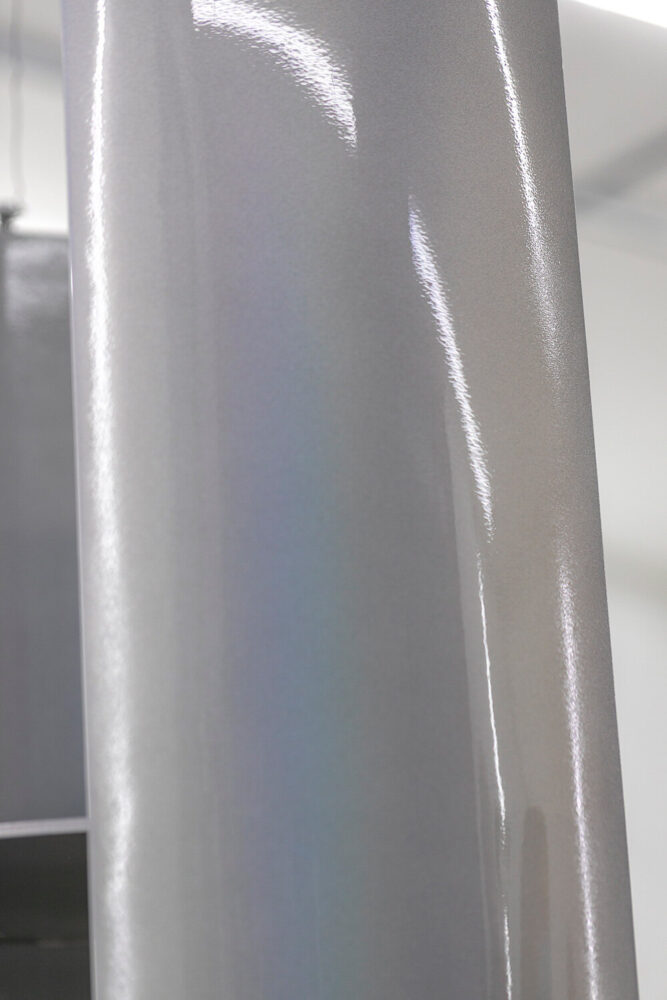 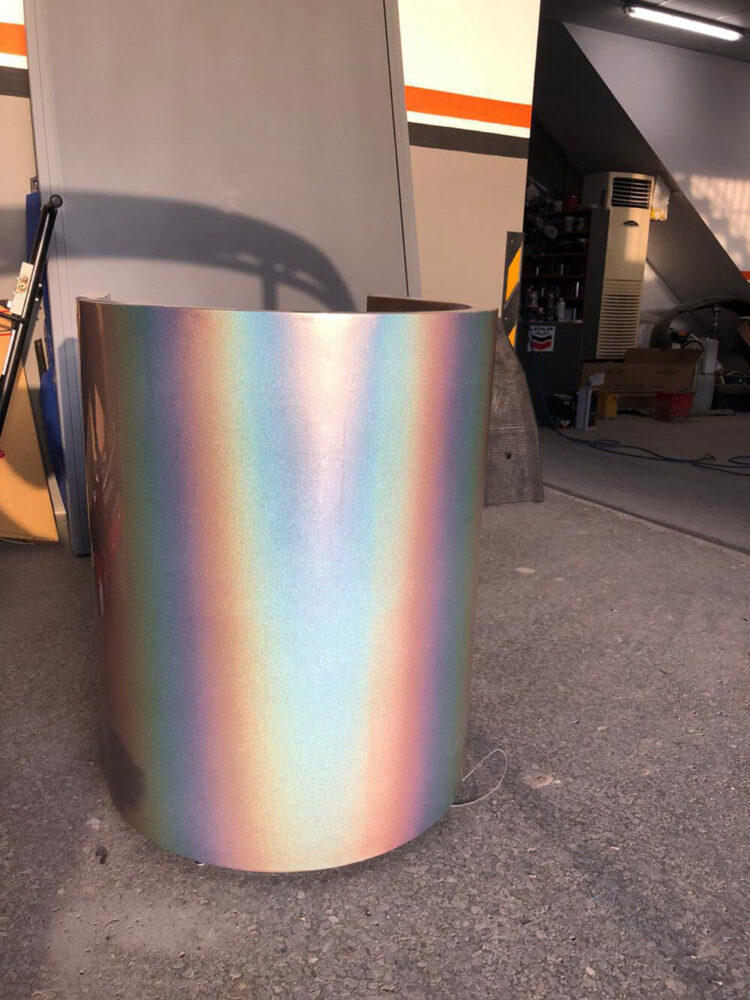 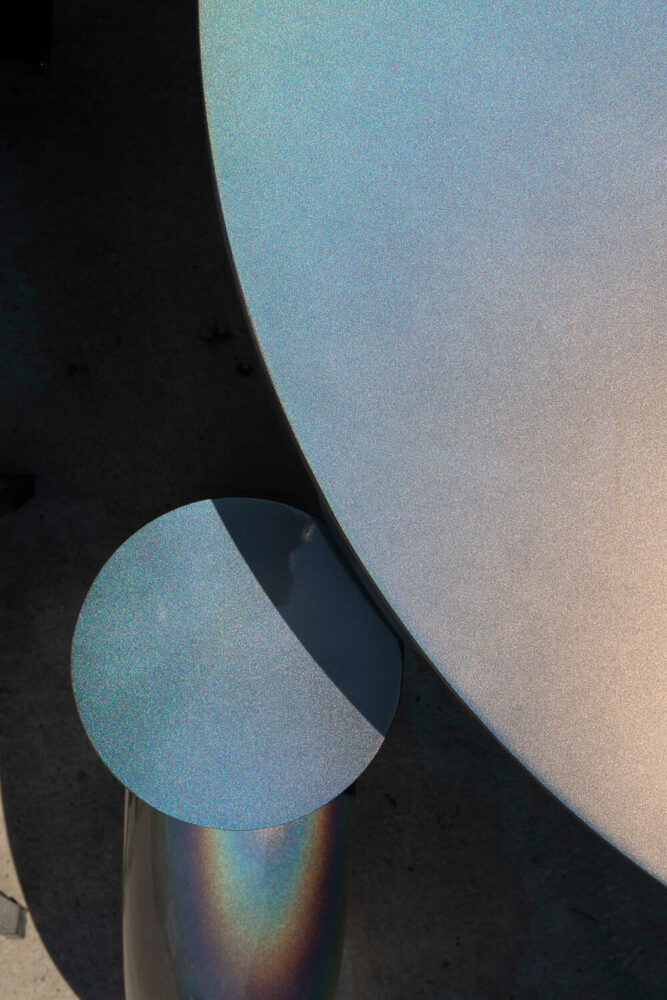 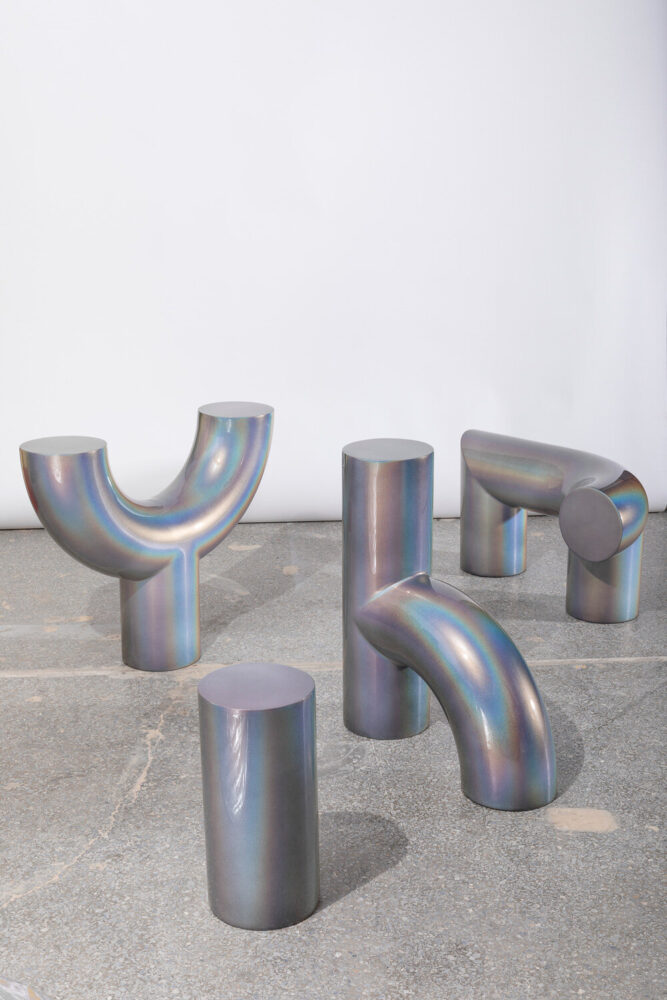 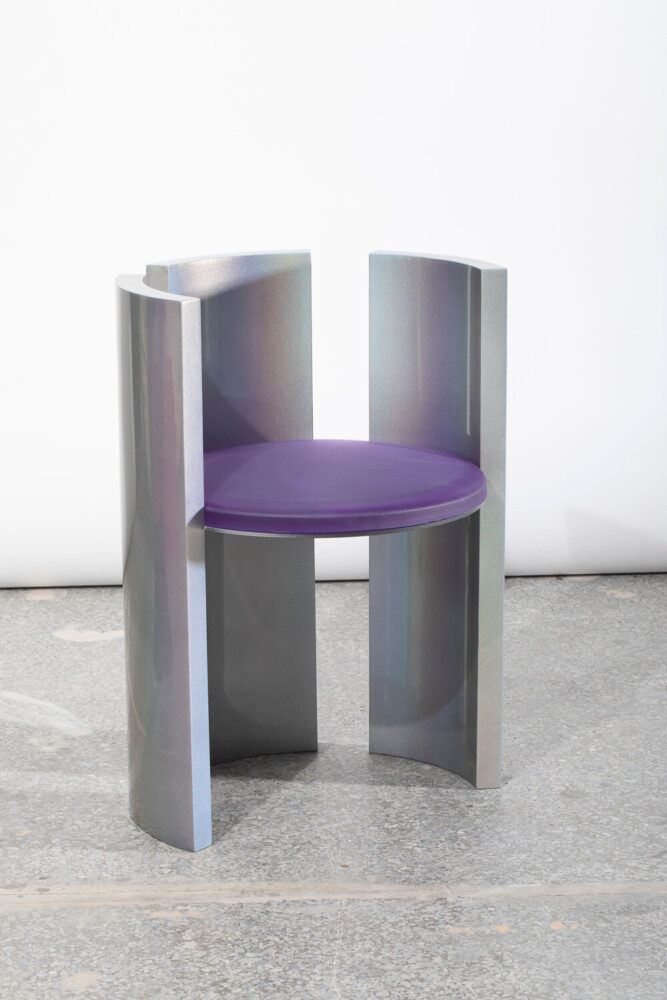 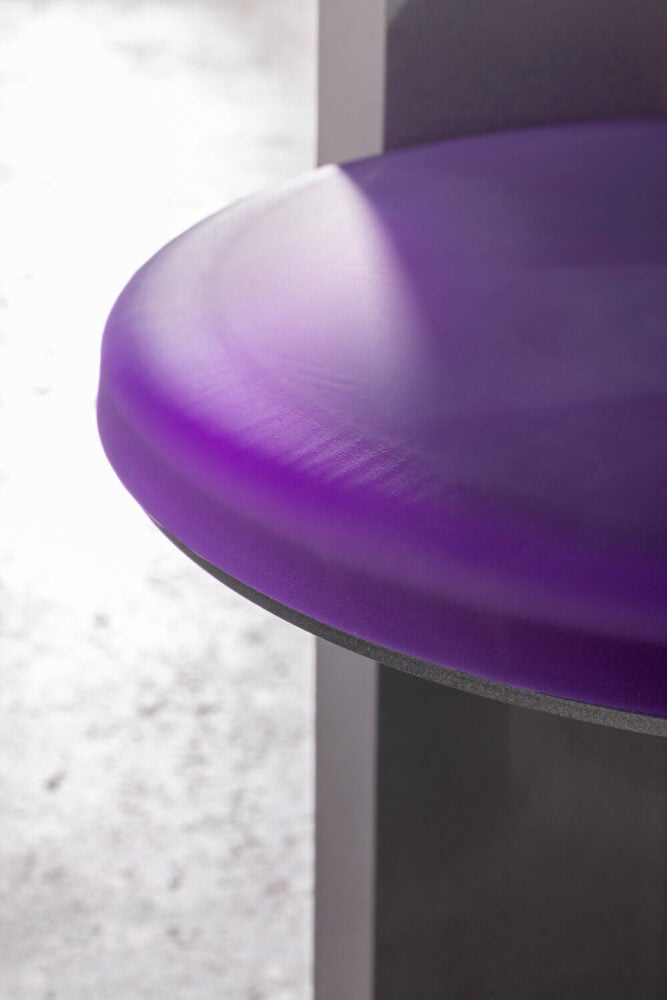 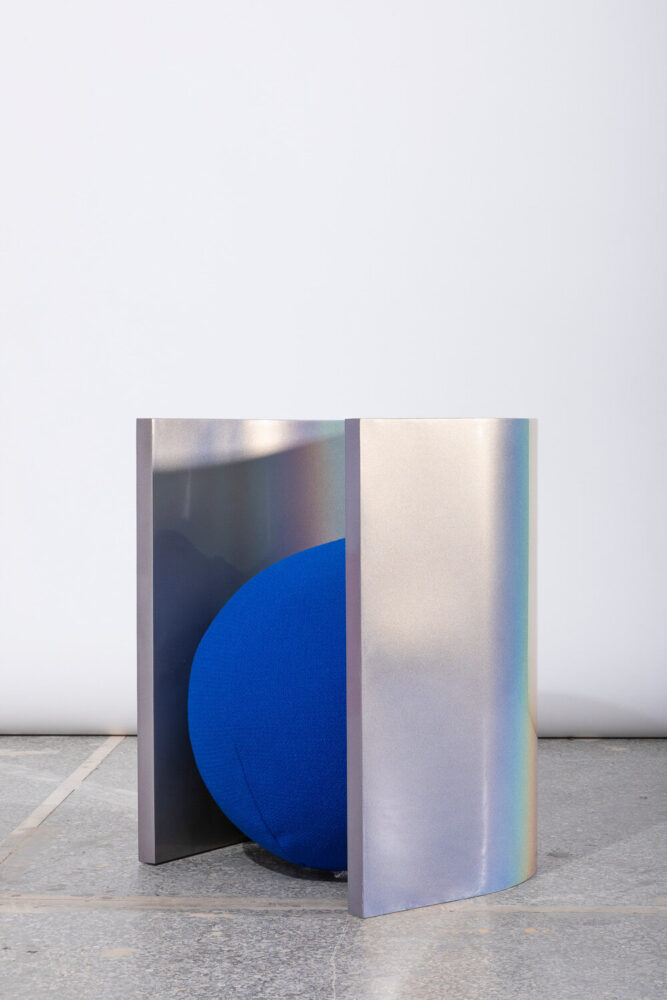 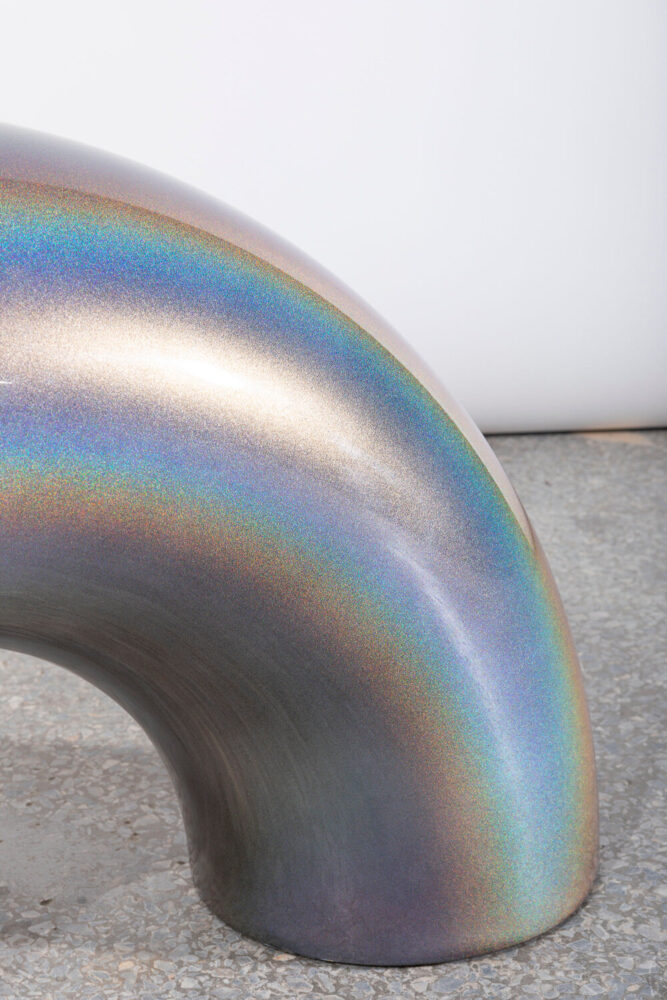 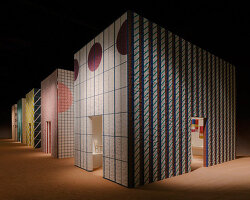 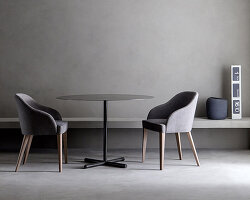