the hubless wheel, first created by italian mechanical engineer franco sbarra for motorized vehicles, has also been seen in the application of many bicycle prototypes over the years. it is characterized by the lack of a center hub and a hollow axle usually part of the anatomy of a conventional bike. while many may argue that efficiency is compromised in using hubless and spokeless wheels, others see its advantages as it claims to make the bike lighter. however striking in appearance, not many prototype have actually become commercially viable.

here is a compilation of hubless and spokeless bicycle experimentations put together by designboom. 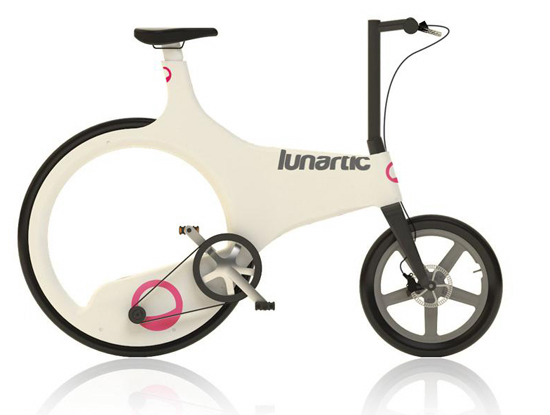 ‘lunartic’ is a loughborough university design and technology final year project by luke douglas. the aim was to use a hubless wheel to create a compact bicycle, with the benefits of a large wheel and belt drive. 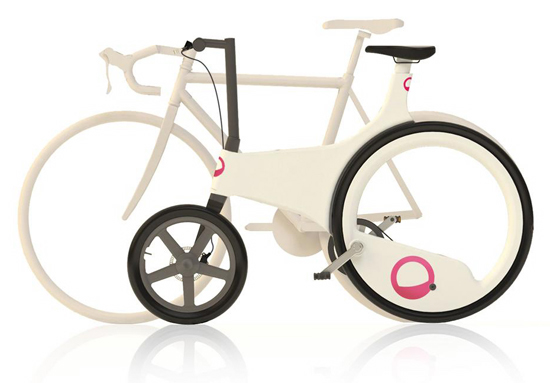 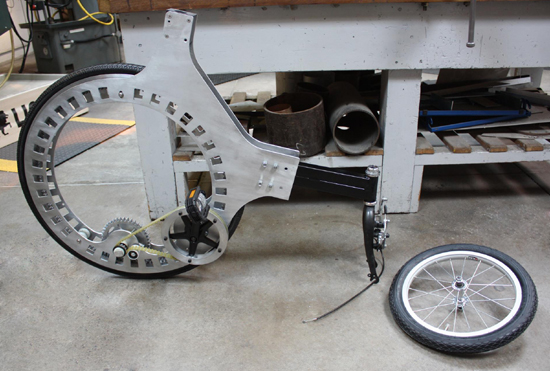 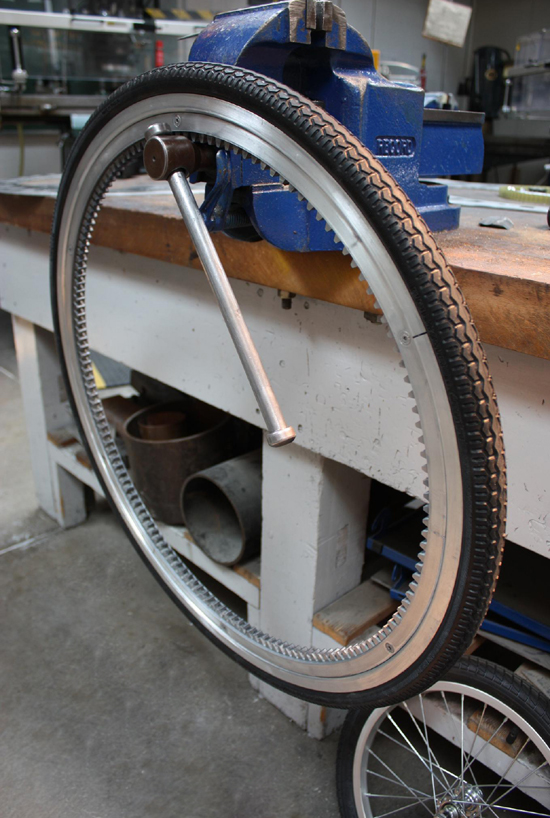 detail of hubless and spokeless bike 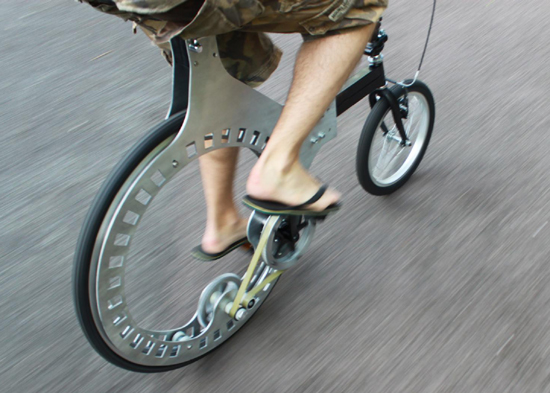 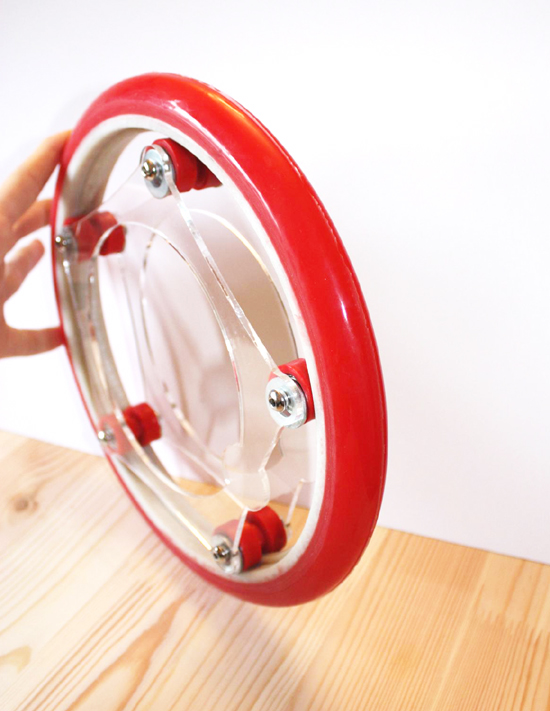 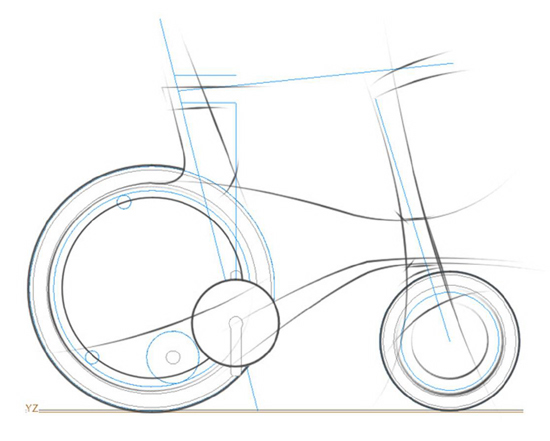 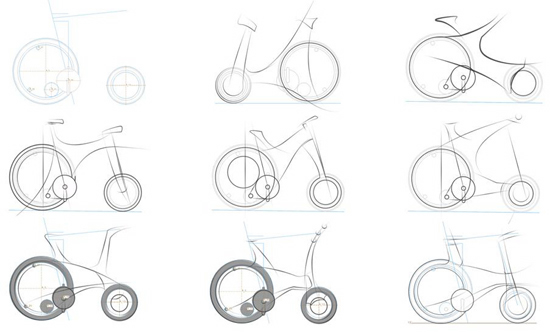 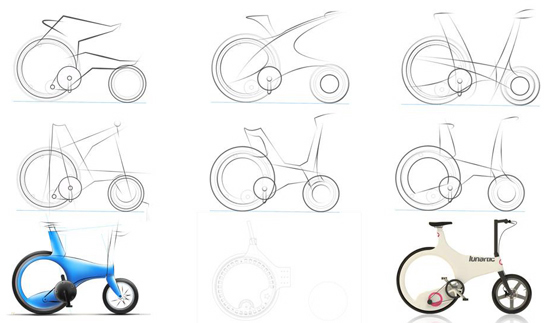 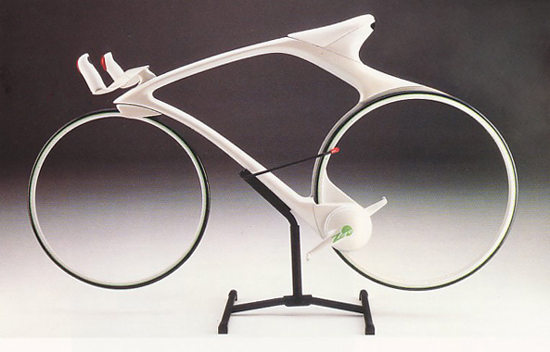 dubbed the ‘zero bike’, it was designed twenty years ago by makota makita and hiroshi tsuzaki from japan, who at the time were students at art center college of design in los angeles. as you can see there are no spokes or hubs and the rims are suspended and cradled by magnets. the concept is based on magnetic superconductivity, just like what one would see in the high speed rail trains in japan. 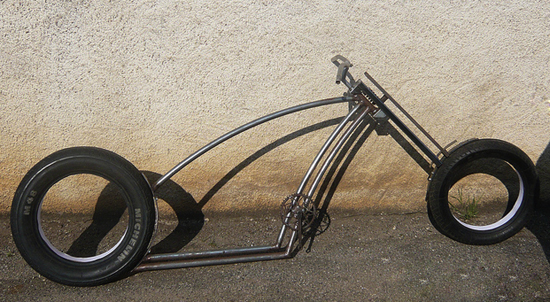 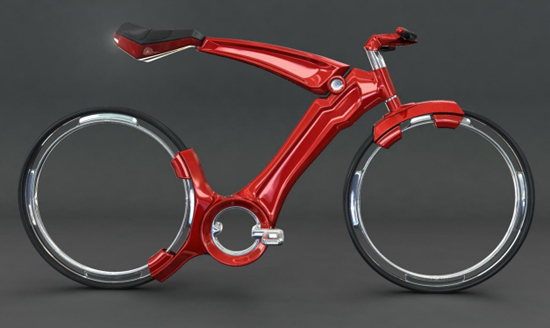 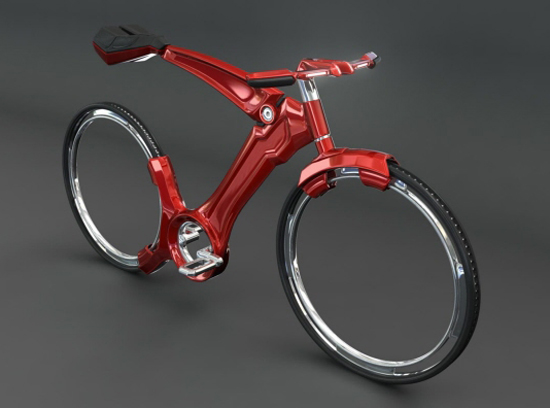 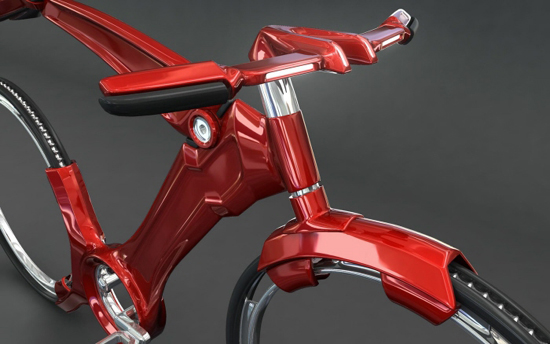 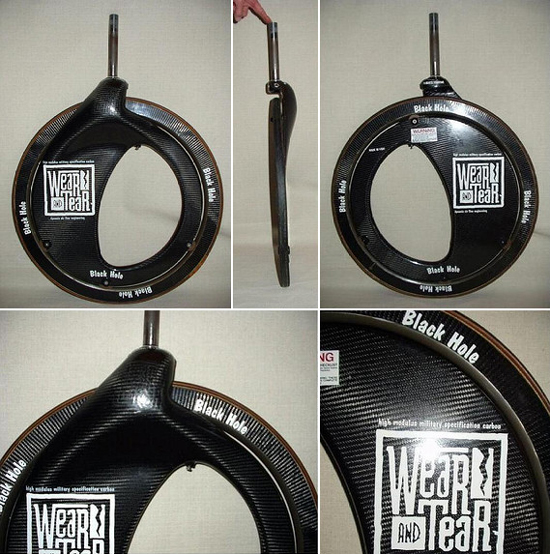