hugh hefner — founder of playboy magazine, media mogul, advocate of sexual liberation and freedom of expression, political activist, and philanthropist — has died aged 91 at his home in beverly hills. the american icon introduced the world to playboy magazine in 1953 and evolved the company into one of the most enduring and recognizable brands in history.

designboom met hugh hefner at his 75th birthday party, in his room at the four seasons hotel in milan on april 9, 2001. 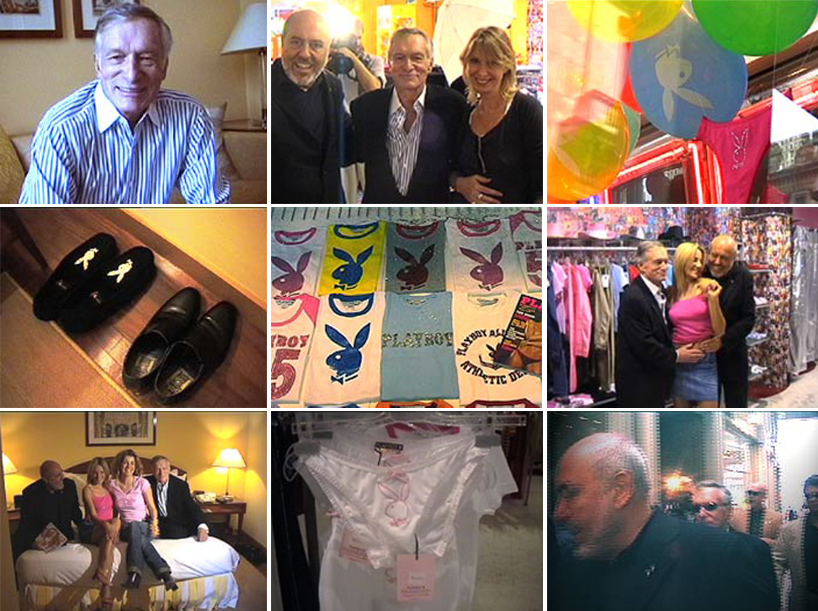 hugh hefner (HH): well it depends on the day. the nighttime is the right time for me. I have the best time with my girlfriends.

HH: I grew up with jazz and music from the earlier part of the 20th century, but when I go to clubs with my girlfriends, more contemporary music. 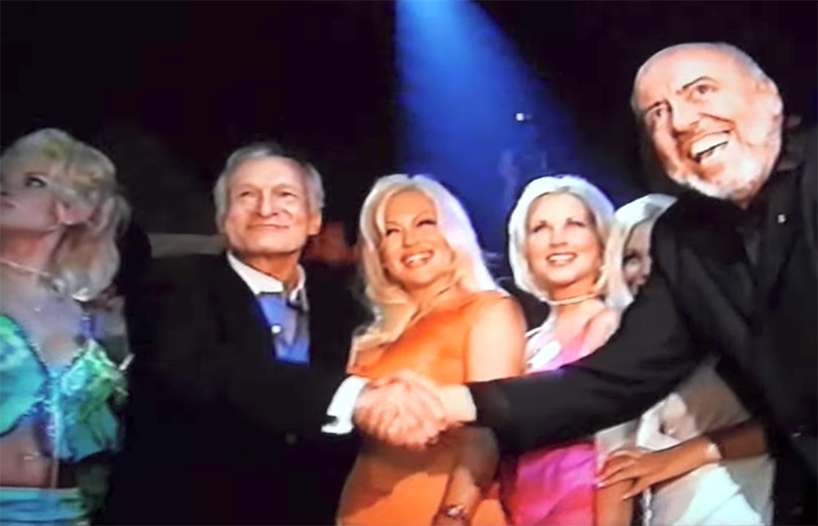 HH: most of my reading material is related to playboy.

hefner with his girls in milan

HH: I get news from many sources. I read the papers every day, TIME, newsweek, and TV.

HH: I notice very much and I have very strong preferences. when playboy began in the 50s, women dressed very conservatively, and I think playboy played a part in making women feel more natural with their own bodies. 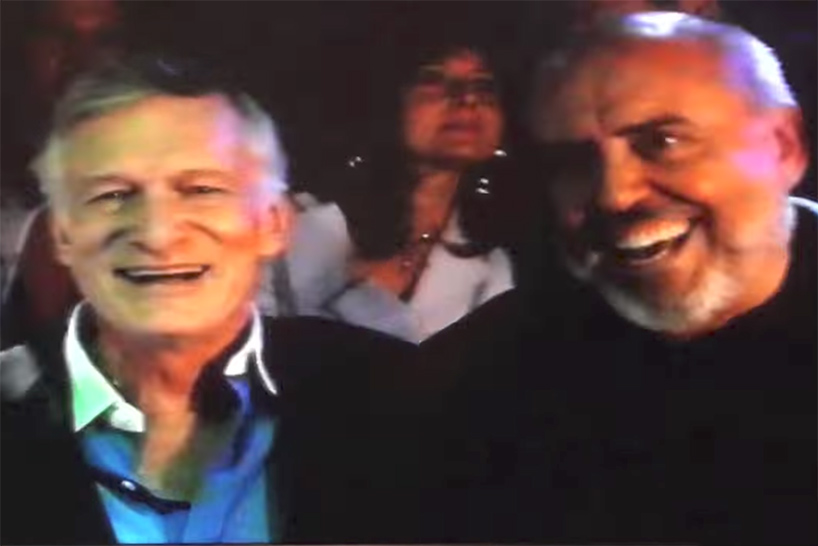 hefner and elio fiorucci, founder of the forucci fashion label, at the party in milan

HH: I am most comfortable in informal clothing…less is more for me.

HH: many pets. my home has a zoo permit, we have exotic birds, many dogs and cats. 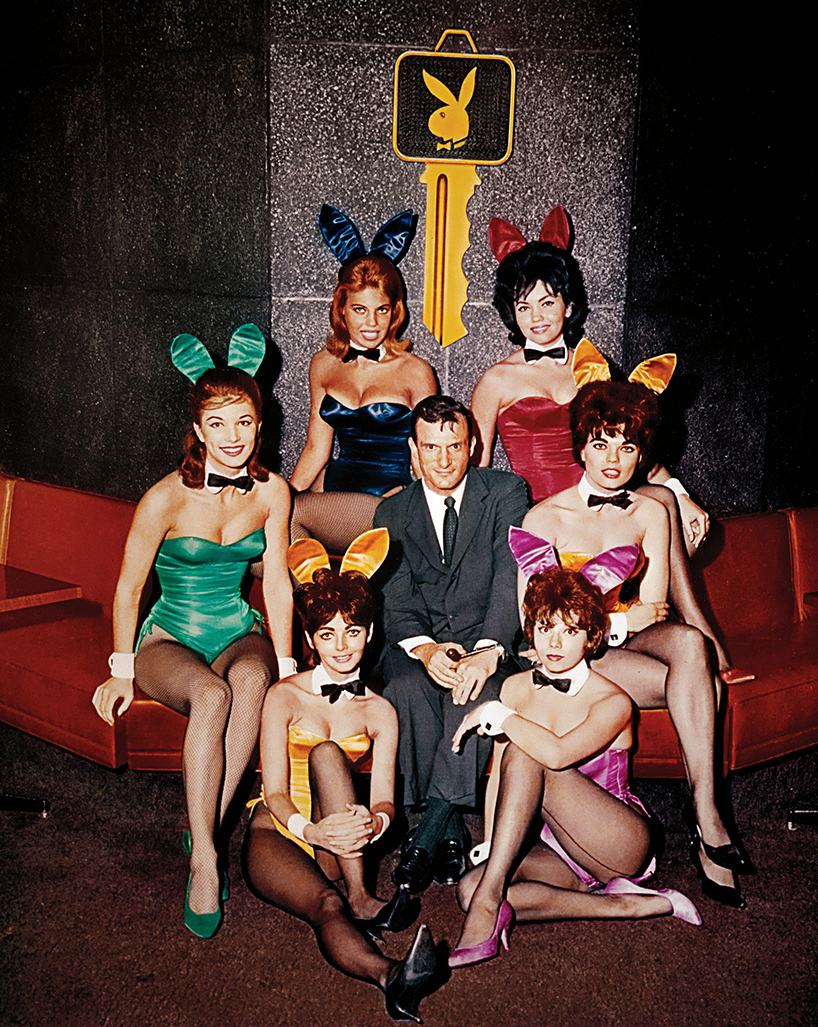 DB: do you believe in true love?

HH: as a child I grew up in a very puritan, oppressive home and my dreams were impossible ones, inspired by the movies. my life has turned out to be the result of that, and much better than I ever could have imagined. I saw the hypocrisy in the environment I was brought up in, and much of my life has been a response to that. but my dream was to be a painter. 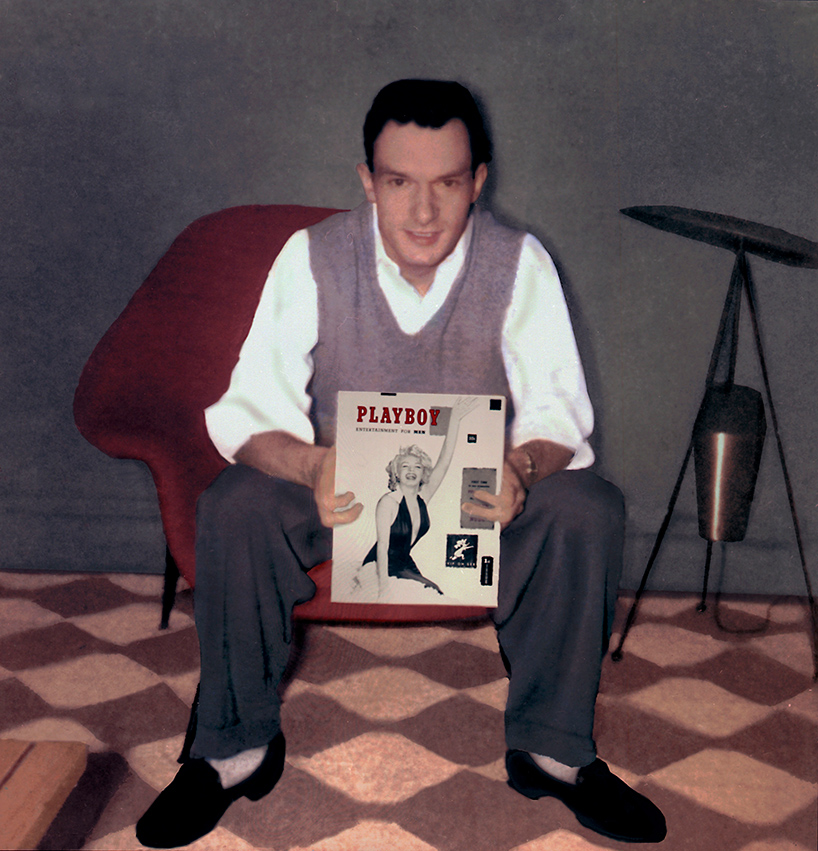 HH: my style…well, I take life with joy, humor and love and friendship. I think I am probably known as somebody who shares his life.

HH: I think life is meant to be celebrated — sexuality is a part of that. that is why I played a part  in changing sexual mores, and why in the 60s, the playboy philosophy changed the views and values in america. playboy was a big part of the sexual revolution. 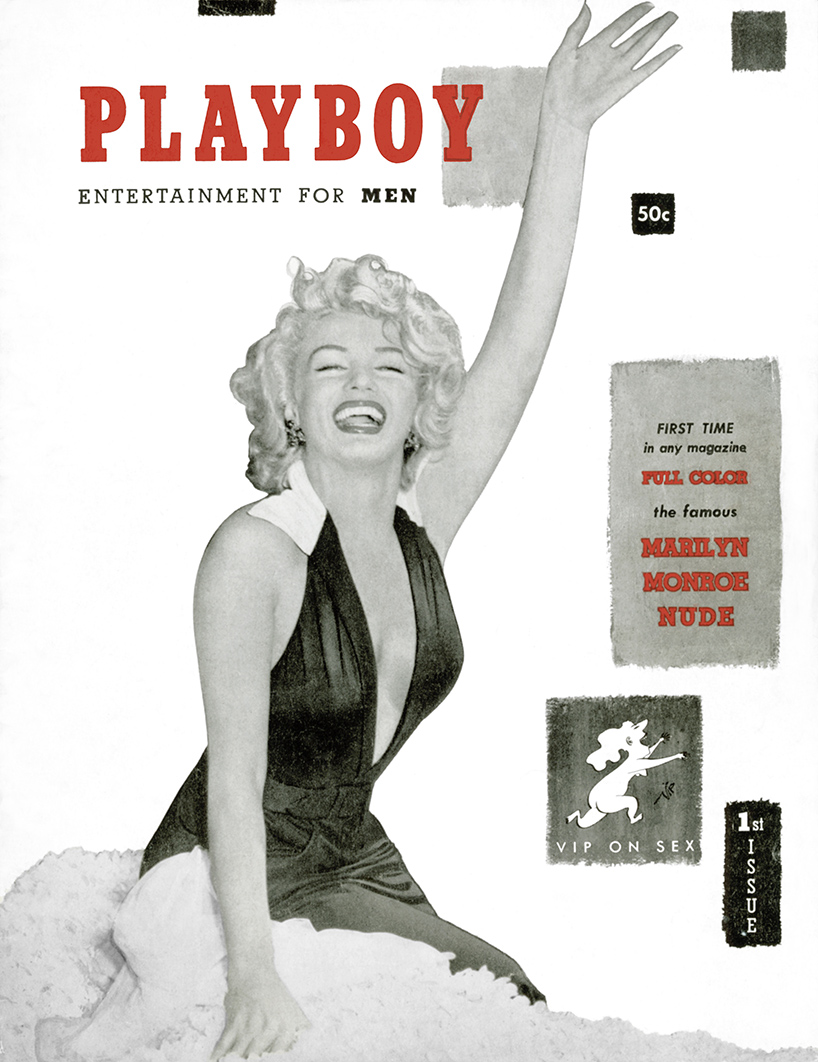 DB: what do women think about playboy?

HH: playboy is a men’s magazine and expresses the male point of view, but playboy has also profoundly influenced society. the major beneficiaries of the sexual revolution are women, because women were held in a sort of bondage by church and state for centuries and have been defined by their sexuality.

DB: can you give us an idea of the evolution of playboy?

HH: we started 50 years ago as a printed magazine and are now expanding into other things, launching internet enterprises and especially using the brand in the fashion sector.

DB: is playboy an empire ruled by one man, or do you discuss and exchange ideas with your colleagues?

HH: oh, yes we discuss a lot. our major offices are in chicago, but I am in LA. I have continual ongoing exchange with the office. 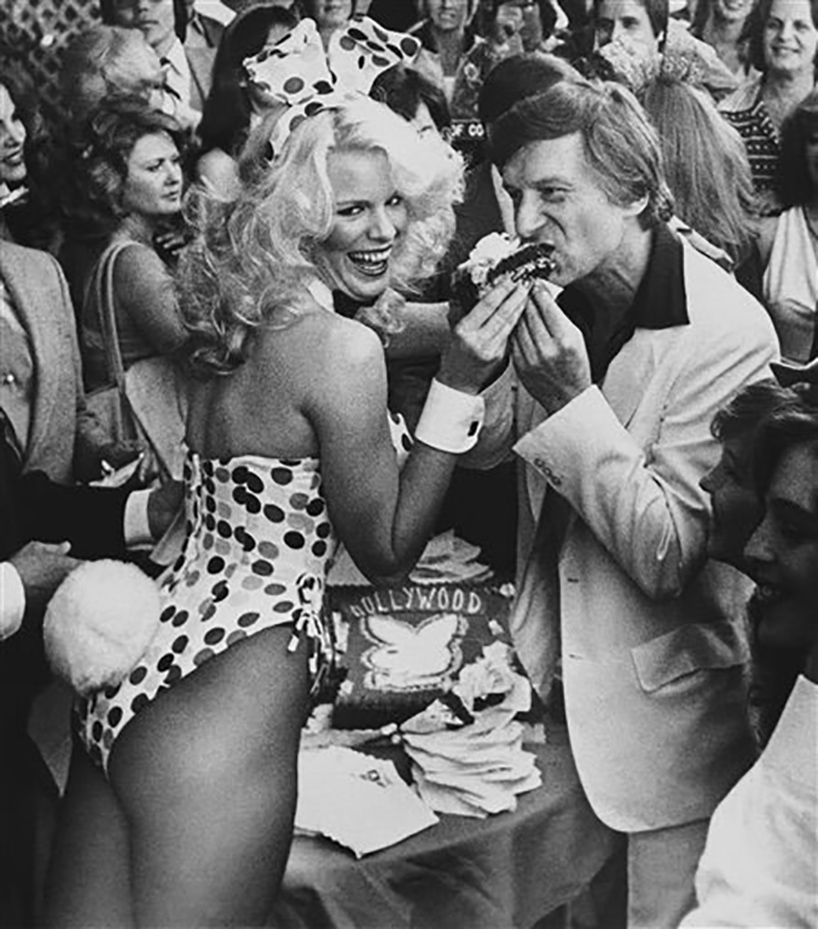 HH: the playboy mansion is my home and where I do my work.

HH: I have always been fascinated by design, thats why the magazine has won many awards.

DB: is there any designer you appreciate a lot?

HH: it depends. in clothing, armani, (shows his trousers) this is armani, but my preferences are whatever appeals to me.

DB: on the news they said that italians are afraid of unemployment, criminality and pollution. what are you afraid of regarding the future?

HH: it is my hope that we will learn to live together on this very small planet and not screw it up. I am concerned about overpopulation, pollution, and getting beyond the things that separate us: nationalism and religion. 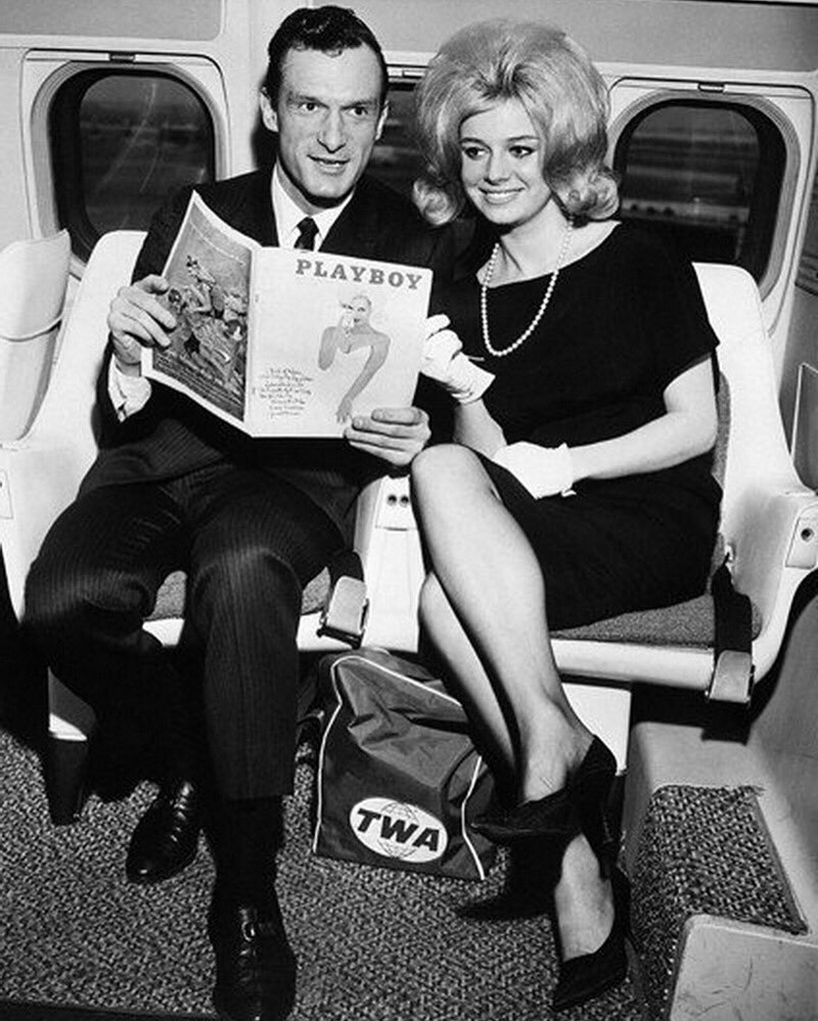 at the age of fourteen, proust was given an english album ‘confessions: an album to record thoughts, feelings’. seven years later marcel proust published this questionnaire. in the literary salons in nineteenth century paris, this parlor game was a popular amusement. for designboom, hugh hefner answered some of these ‘old fashioned’ questions.

HH: I’m dating 7 girls, and it is a wonderful, romantic relationship and at my age quite remarkable. (tina, jennifer, regina, michelle, elaine, tiffany and stephanie).

my dream of felicity:

HH: I think that quite frankly, I’m living out the fantasies of many other men around the world.

HH: women give me a great deal of love and friendship, and I wouldn’t change places with anyone in the world.

the colour I prefer:

the reformation I appreciate the most:

HH: I think that viagra and the pill are the two most important inventions of the 2nd half of the 20th century.

HH: to thine own self be true. 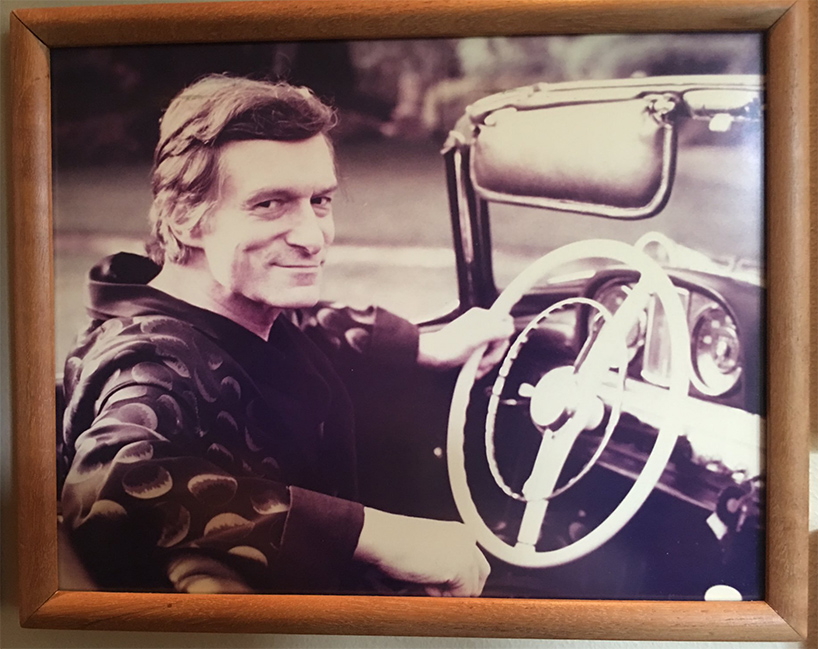 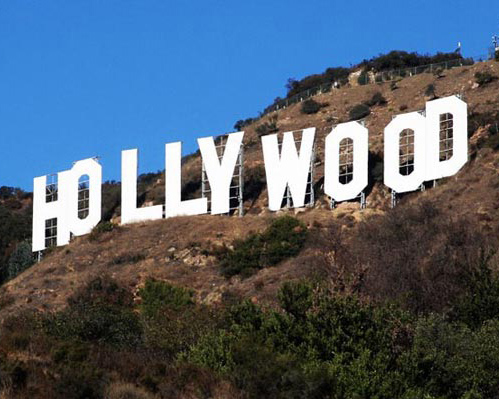