divers off the english coast of cornwall spotted a human-sized barrel jellyfish over the weekend. the jellyfish was at least 5 feet long and captured by underwater cinematographer dan abbott, who swam beside wildlife biologist and presenter lizzie daly.

also called the dustbin-lid jellyfish, the barrel jellyfish, whose scientific name is rhizostoma pulmo, is the largest jellyfish that lives off the coast of the UK. it’s rare for humans to swim with them, and most people only encounter them when they wash ashore. so far already this year, hundreds have been washed up on beaches across cornwall and devon.

they are generally harmless and commonly seen only in the warmer months across waters in the UK, as well as in the mediterranean, adriatic, and black seas. the jellyfish can be identified because of its frilly oral arms, which contain their small stinging tentacles.

‘I’ve never seen a barrel fish or any jellyfish that big,’ daly said in a video that she and abbott produced about the encounter for wild ocean week. ‘it was the size of my body.’ the full series of videos can be seen here. 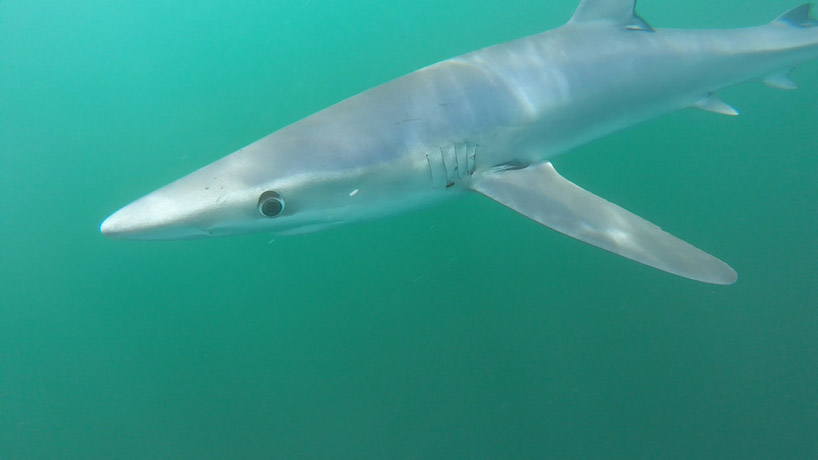 jellyfish have roamed the oceans for the past 500 million years. composed of 95% water, making them the oldest multi-organ animal group. the creatures don’t have brains, stomachs, intestines, or lungs. they respond to the changes in their environment around them using signals from a nerve net just below their epidermis – the outer layer of skin, which absorbs nutrients and oxygen.