barroca: the harmony of imperfection by humberto and fernando campana
october 16 to february 15, 2015
galeria melissa, london

from october 16 to february 15, 2015 the campana brothers present ‘barroca: the harmony of imperfection’, an installation at galeria melissa — footwear brand melissa‘s london flagship store and gallery in covent garden. the exhibition celebrates the collaboration between humberto and fernando campana with the brazilian brand on a new range of shoes called ‘barroca’. the campana brothers drew inspiration for the ‘barocca’ collection from their own recent furniture series called ‘baroque’ (previously featured on designboom) from which the five pieces on display are drawn.

‘the baroque collection came to be from the mix between roman baroque and the typical style if brazil,’ fernando and humerto campana say. ‘the idea was to create an organic language among the tradition of a culture and the perspective of a new country through the fusion of ornaments of the past with contemporary elements.’

on the first and basement floors of galeria melissa, a chair, sofa, candlesticks, floor lamp and chandelier from the ‘baroque’ collection sit within a specially created environment. covering the floors, walls and ceiling of the space is wallpaper featuring the campana brother’s signature mesh, uniting traditional rococo motifs like sea shells and cherubs with contemporary references like scissors, screws and insects.

on the upper floor are large-scaled LED screens created by muti randolph, the same designer and architect who developed the concept of galeria melissa london. the screens are animated with moving elements that inspired the campana barroca collection. 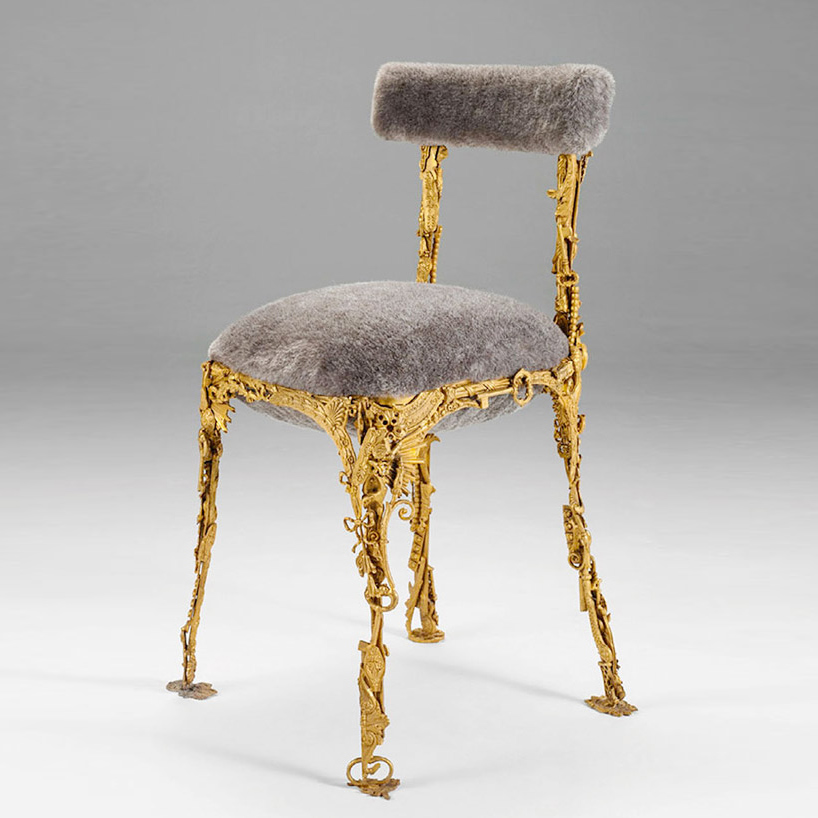 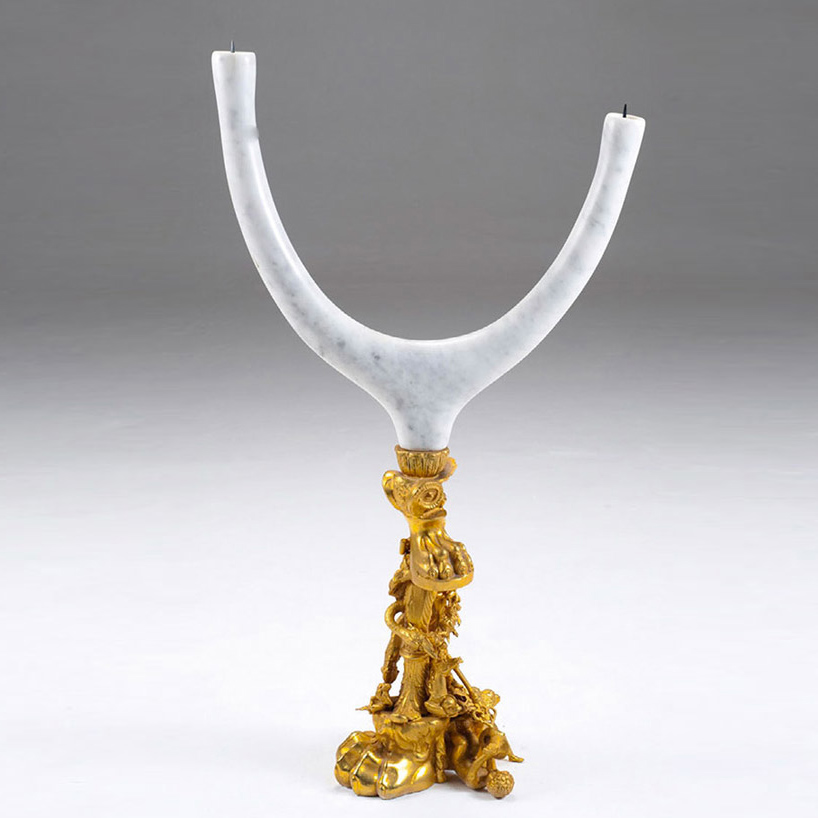 the candlestick illustrates traditional rococo motifs at its base 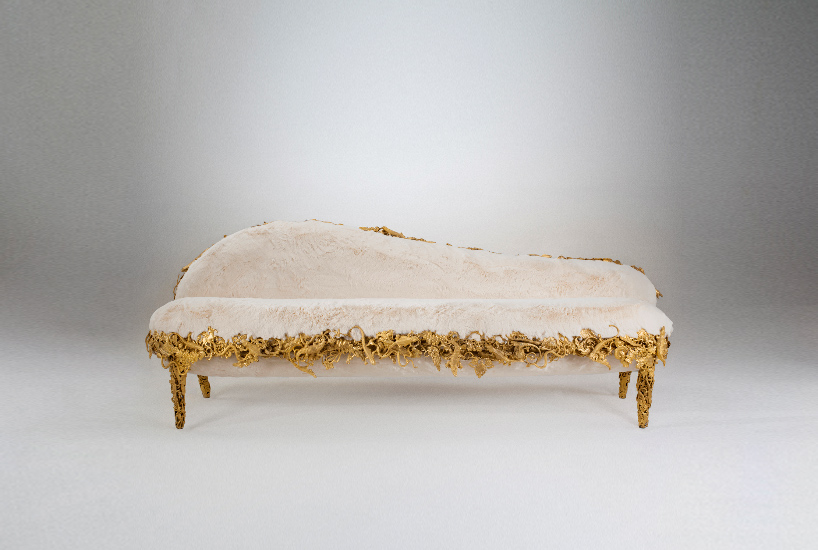 a sofa from the ‘baroque’ collection features fur and golden ornamentation 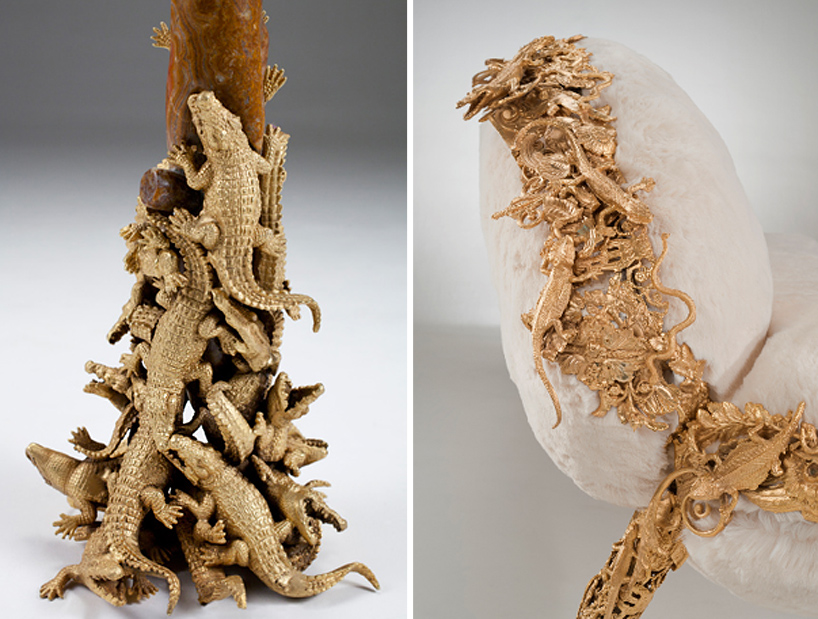 golden crocodiles embellish the legs of the sofa 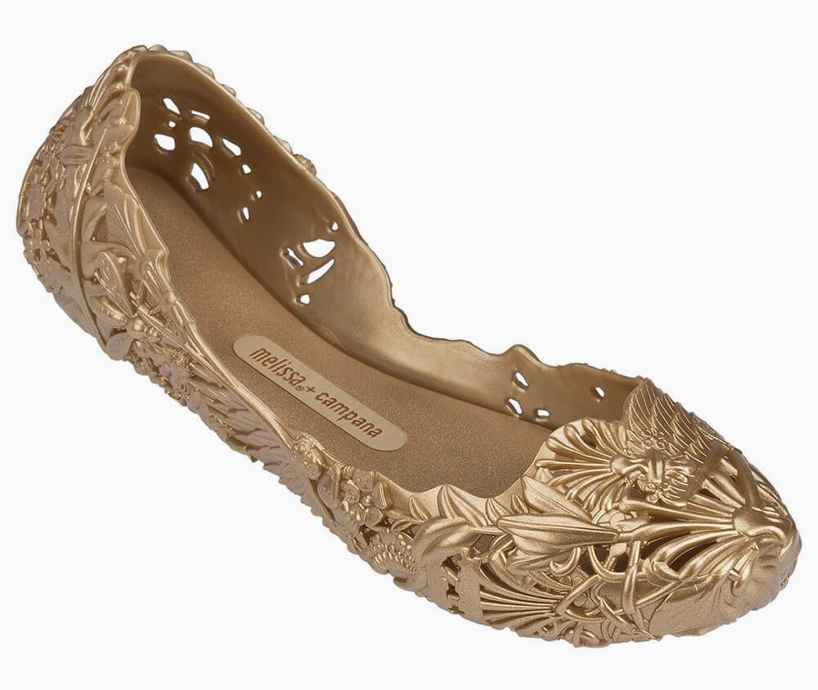 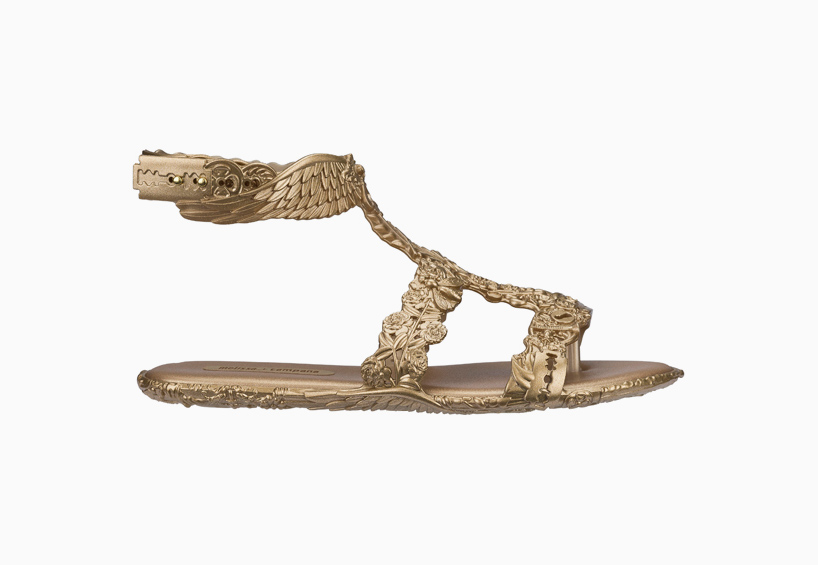