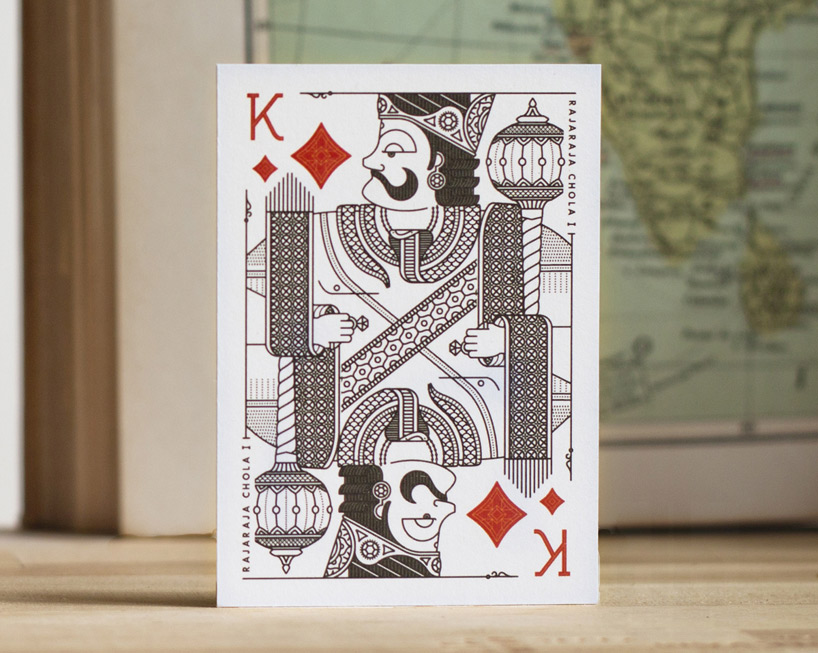 humble raja is the second studio of bhavesh and reena mistry — founders of apt4 — created as a means to access and explore india’s endless, rich culture. born and raised in england and canada, the husband-wife duo had grown up with a limited exposure to the story of india. their debut product, ‘kings of india’ is an exploration of the country as a whole, and is a fun, accessible way to get people to engage with the culture — regardless of age, culture, or education. 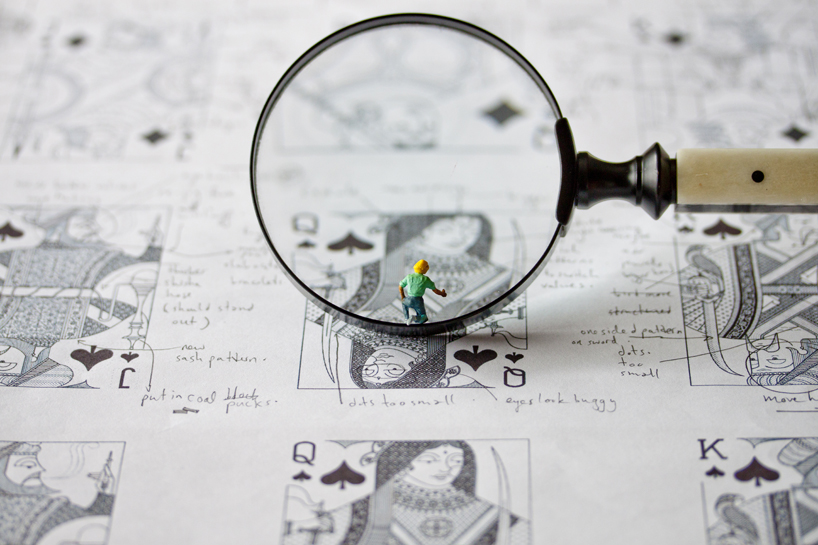 mr. shah inspecting an early version of the queen of spades, jodha from the mughal dynasty

each suit is dedicated to one of the four greatest indian dynasties. from ancient weapons to eccentric mustaches, each drawn-from-scratch illustration is based on actual research — thanks to countless hours of digging through books, architectural motifs, artifacts, and lore. joining in the journey, is ‘mr. shah’. his keen eye for detail and meticulous little habits continually provide a glimpse into the studio and the process behind ‘kings of india’ playing cards. to support the project, please visit their kickstarter campaign here. 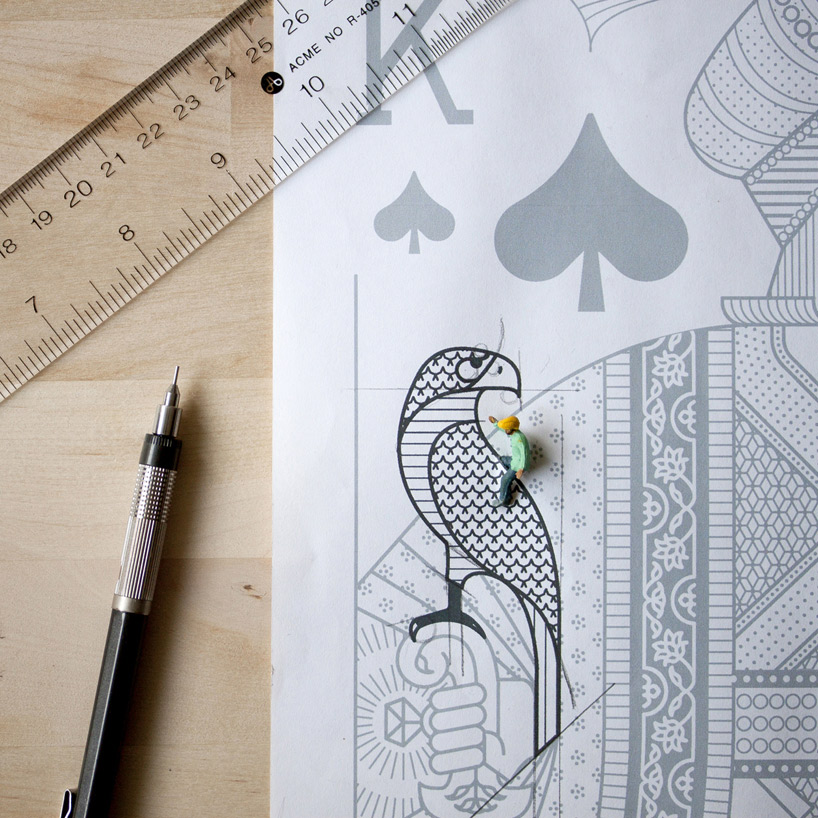 akbar the great’s falcon, the mughals were keen falconers (the sparrow hawk is often featured in akbar’s portraits) 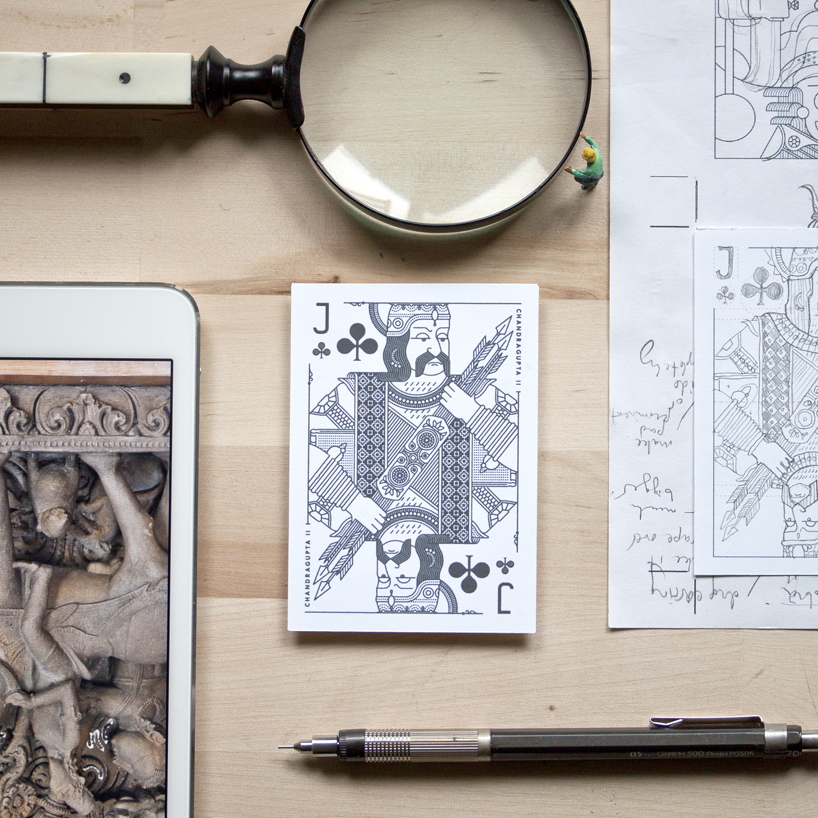 chandragupta II as the jack of clubs 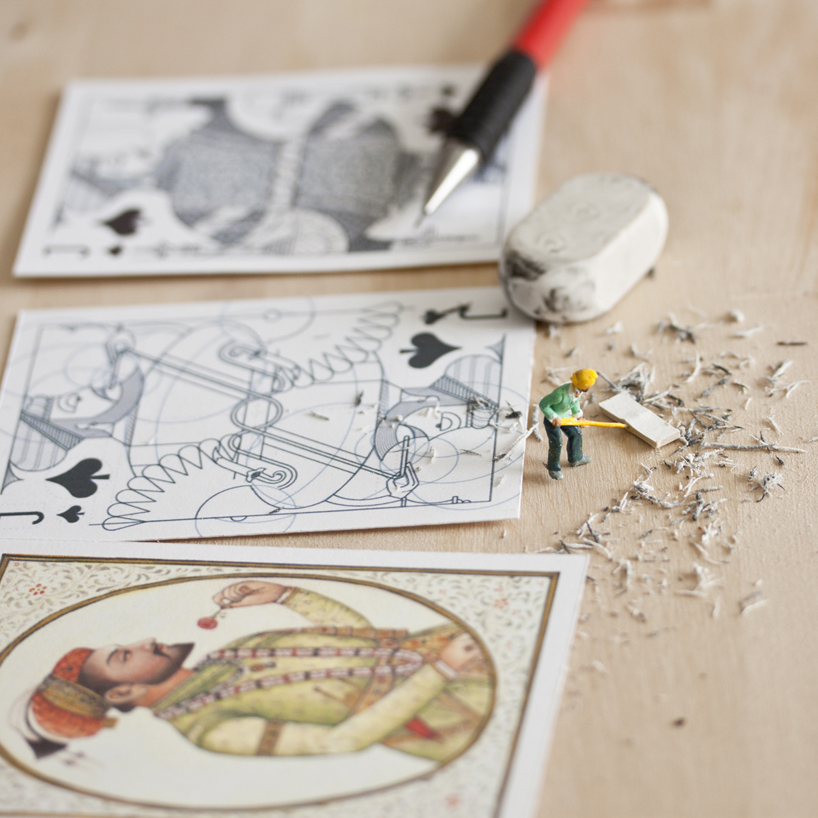 cleaning up the linework for the jack of spades shah jahan, the mughal emperor famously known for his taj mahal 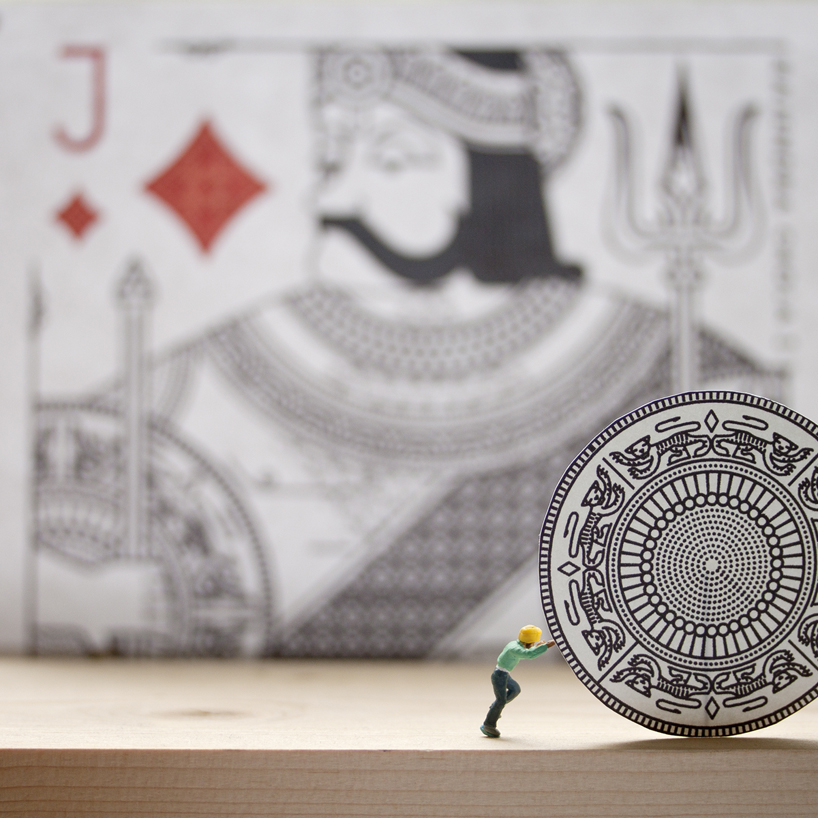 the final detail for the jack of diamonds – a shield with jumping tigers, the royal emblem of the chola dynasty 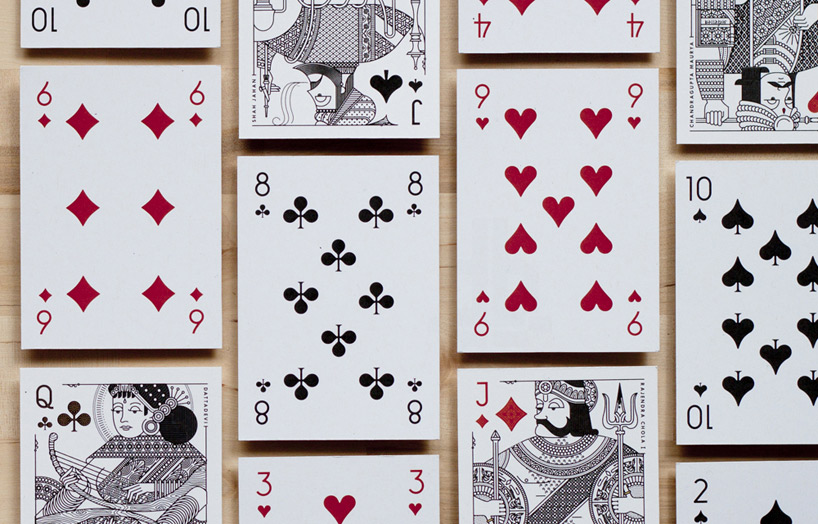 all artwork was illustrated from scratch, including custom backs, aces, jokers, fonts and pips