last week, we featured a bicycle helmet shaped as a head of LEGO hair — a project intended to motivate children to more willingly wear safety gear. users sport a sturdy brown hairdo that identically replicates the style of the miniature plastic toy, visually turning them into faux-LEGO figurines.

continuing the theme, new york based advertising and designers junho lee and hyun chul choi have envisioned a promotional shopping bag for LEGO playbox. the carrier creates the illusion that the handler’s hands are inhuman, and are instead swapped with the instantly recognizable plastic ‘claw’ found on LEGO figurines. 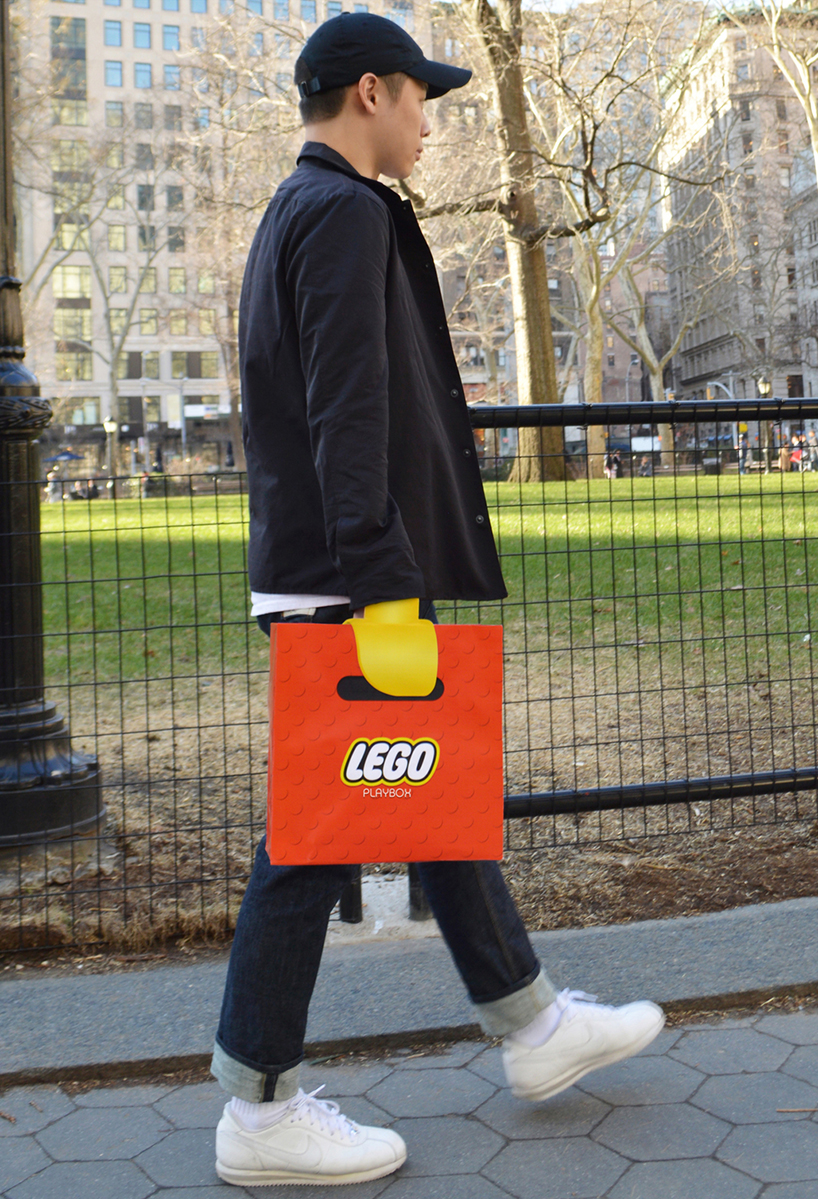 junho lee and hyun chul choi have designed an all-red, square-shaped bag that features a graphic pattern of raised, interlocking circular grooves. two claw-shaped forms are attached to the top of the carrier, hiding fabric handles secured inside. as the user reaches inside to grip the ribbon-like strings, their wrists are covered by the two, yellow LEGO hands, concealing them from view. as a result, the handler strangely appears to have LEGO hands, rather than their own. 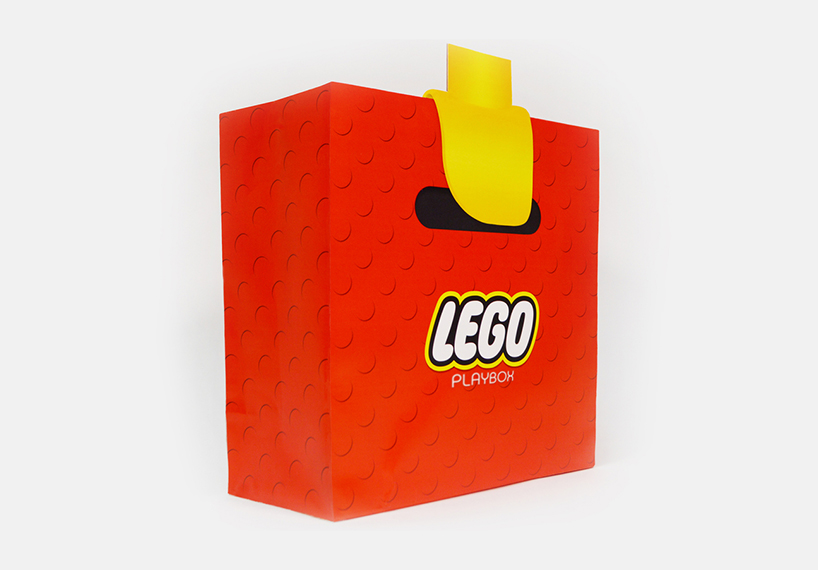 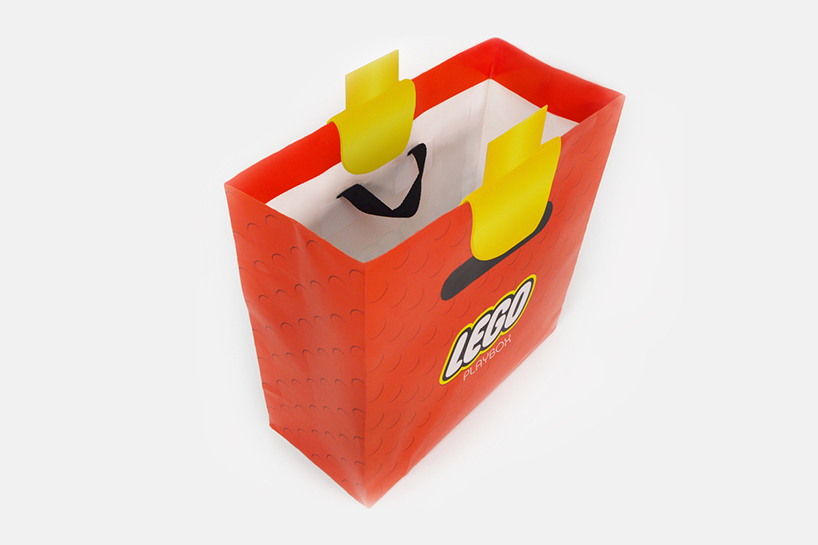 the bag features a graphic pattern of interlocking circular grooves 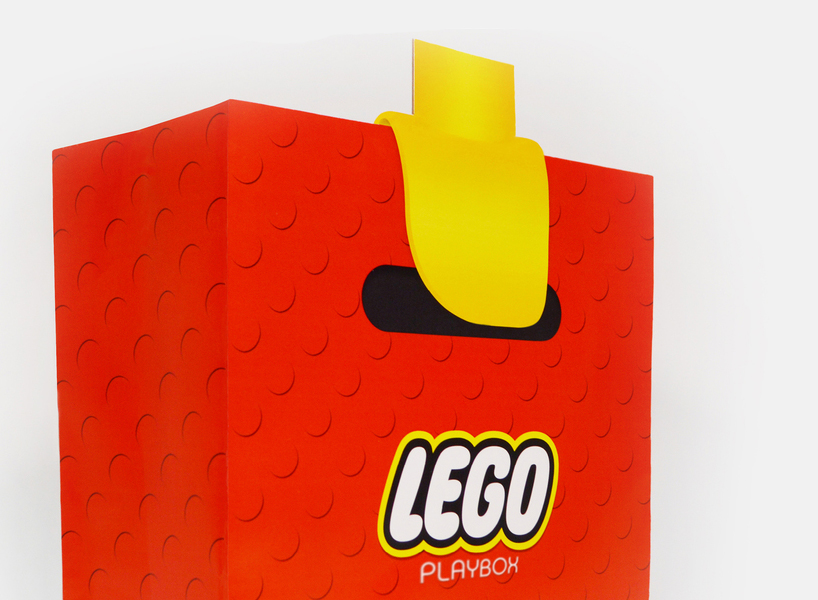 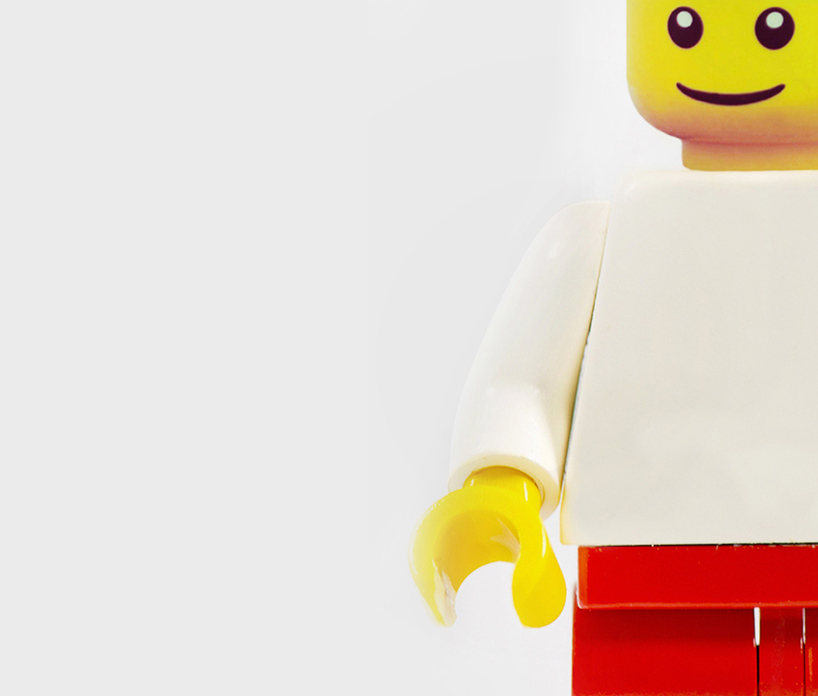