as part of alessi‘s spring/summer 2012 collection, italian designer and art director pier paolo pitacco has created ‘i love animals’, a lamp in the shape of an oversized sparrow. the figure is formed with wire netting, creating the familiar and playful contour. a changeable graphic stretch fabric is pulled over the skeleton, covering the wire, but revealing the silhouette of the frame when the light is turned on. the inside bulb is a programmed LED which varies its color based on the transformer built into the plug. 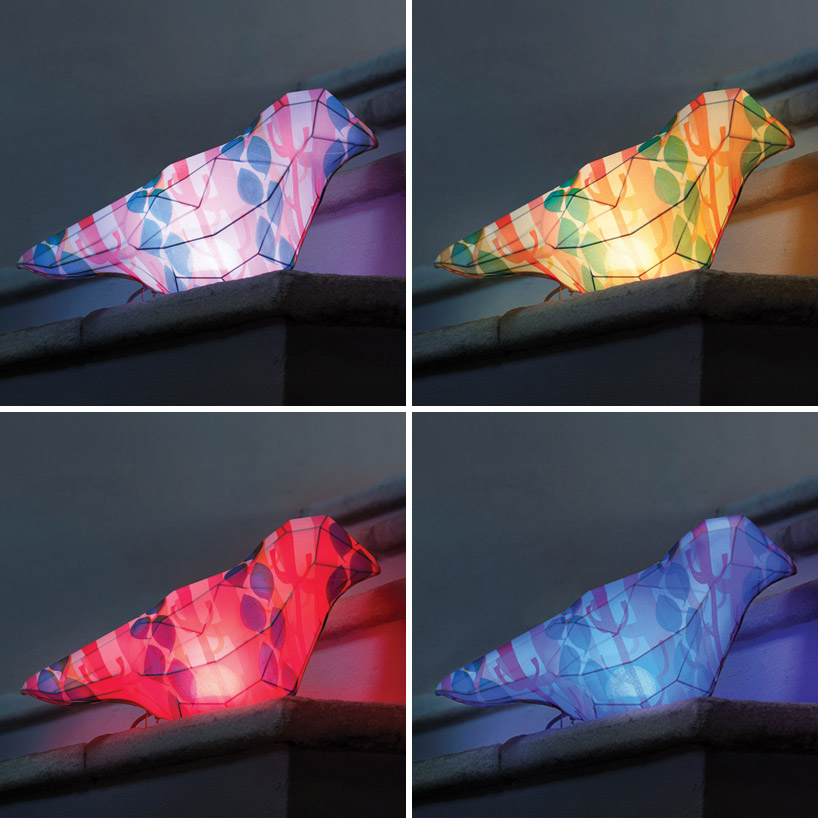 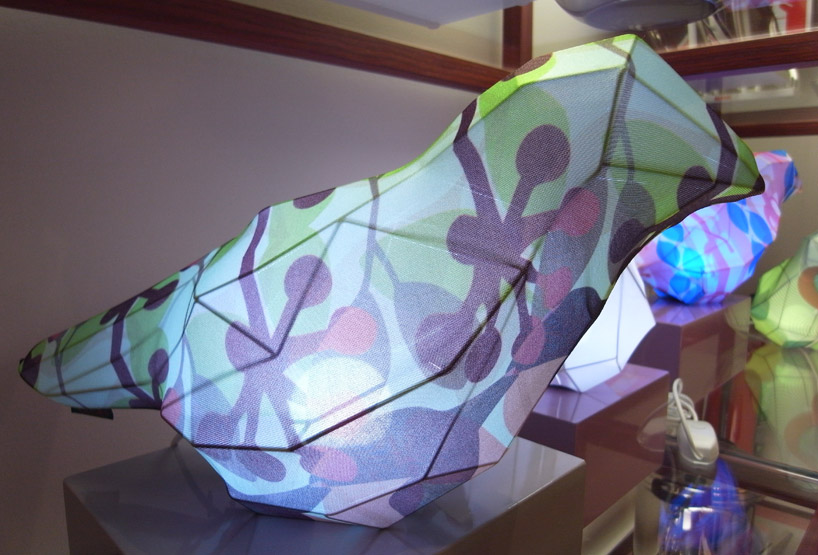 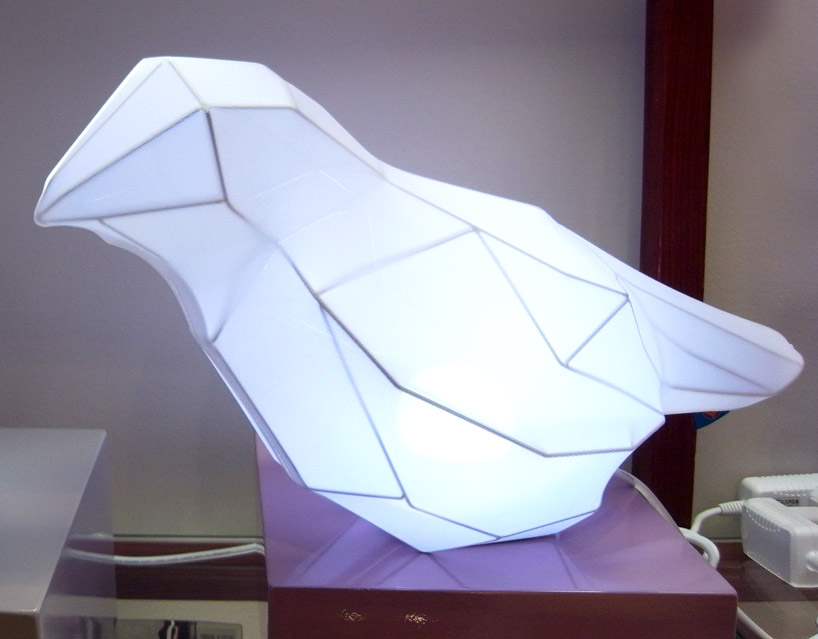 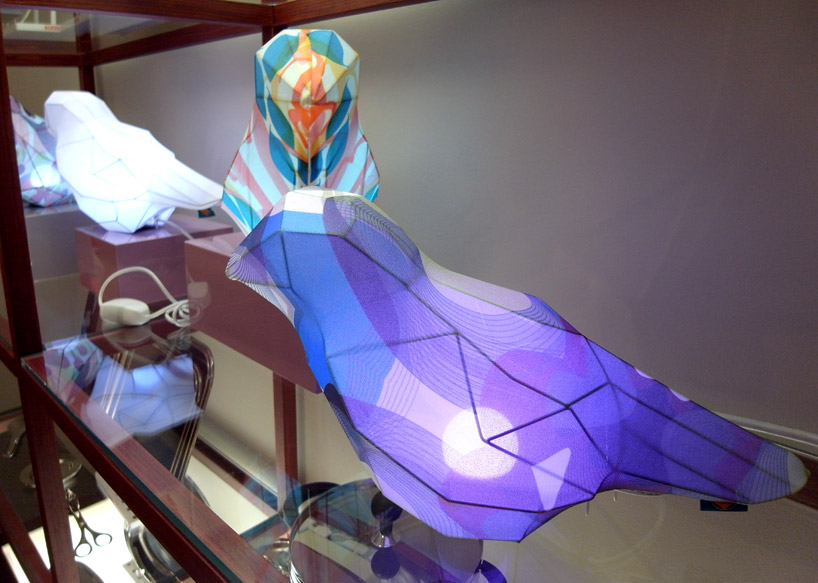 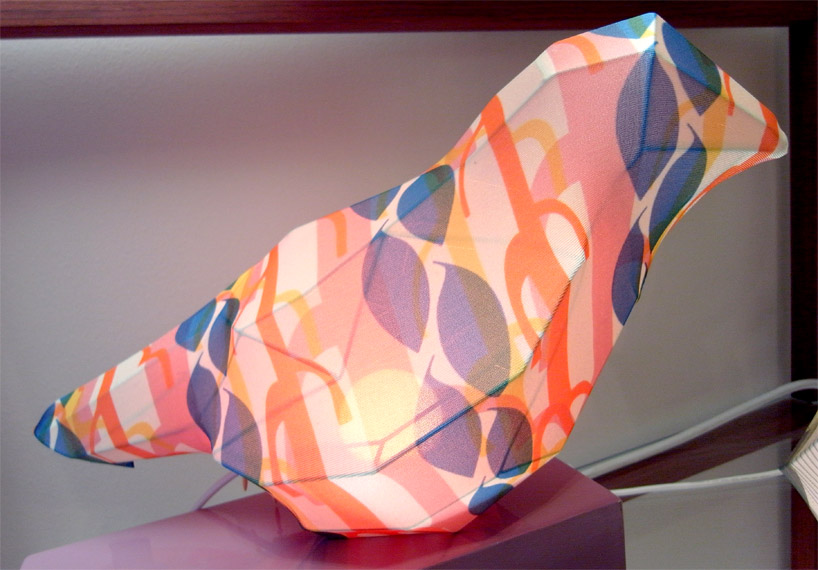 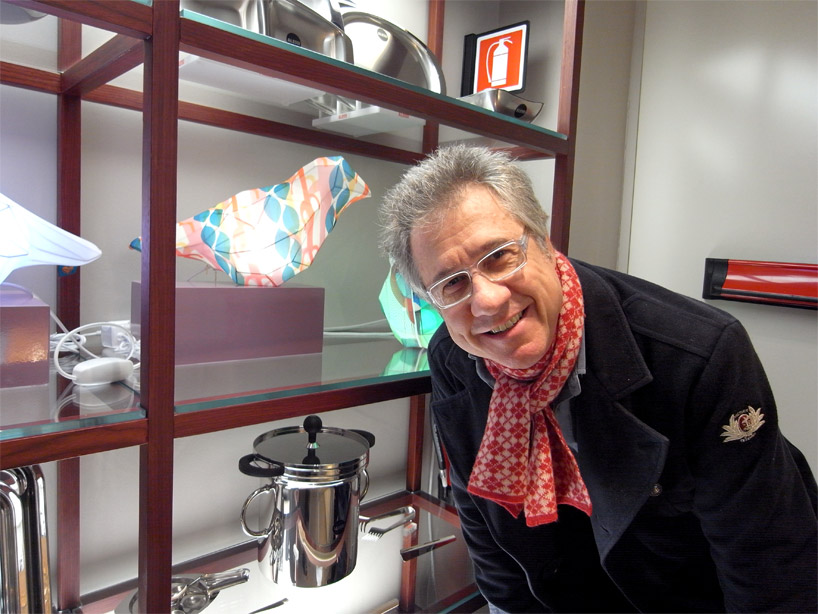