the large-scale ‘full moon odyssey’ floor-mattress (bed) by korean designer lily suh & zoono of i3lab gives you a dream-like experience as if your are sleeping on the moon. unlike other mattresses, this design breaks down the borders of dream and reality. it has been produced in collaboration with astrophotographer chin wei loon who took the photos of the moon from kuala lumpur, malaysia on january 29th, 2010 using a 6 inch telescope and DMK CCD camera. the final visual featured on the mattress is composed of 26 segments of lunar images. 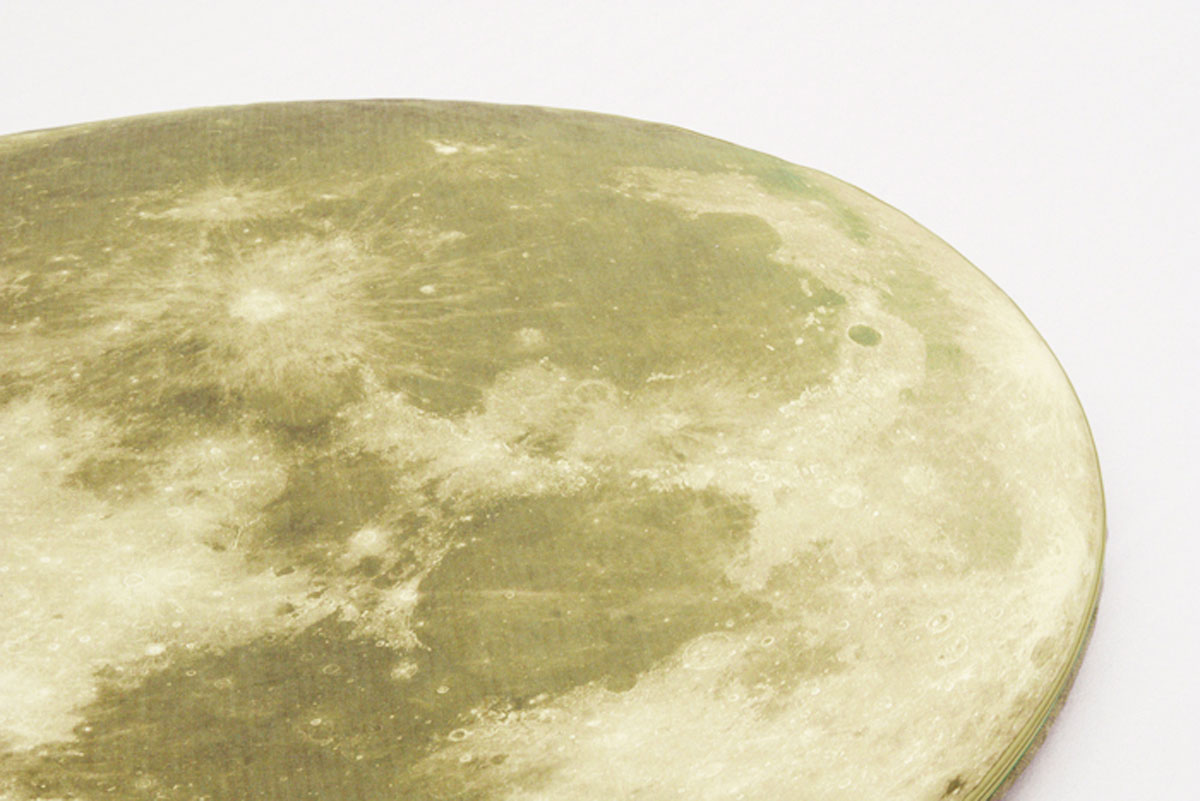 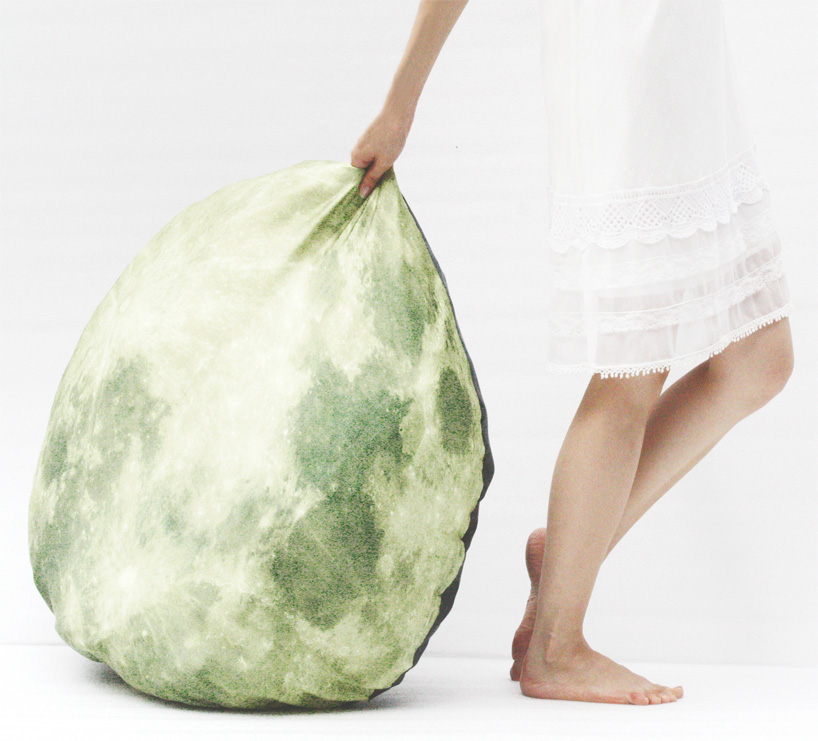 ‘nocturne by moonlight’ is a full-moon shaped cushion which glows in the dark like real moonlight. it features 65 individual frames of lunar mosaic images taken from nantes in west france on february 23rd, 2005 by astrophotographer norbert rumiano. as it gets dark, the moon illuminates, projecting a soft, dim light. 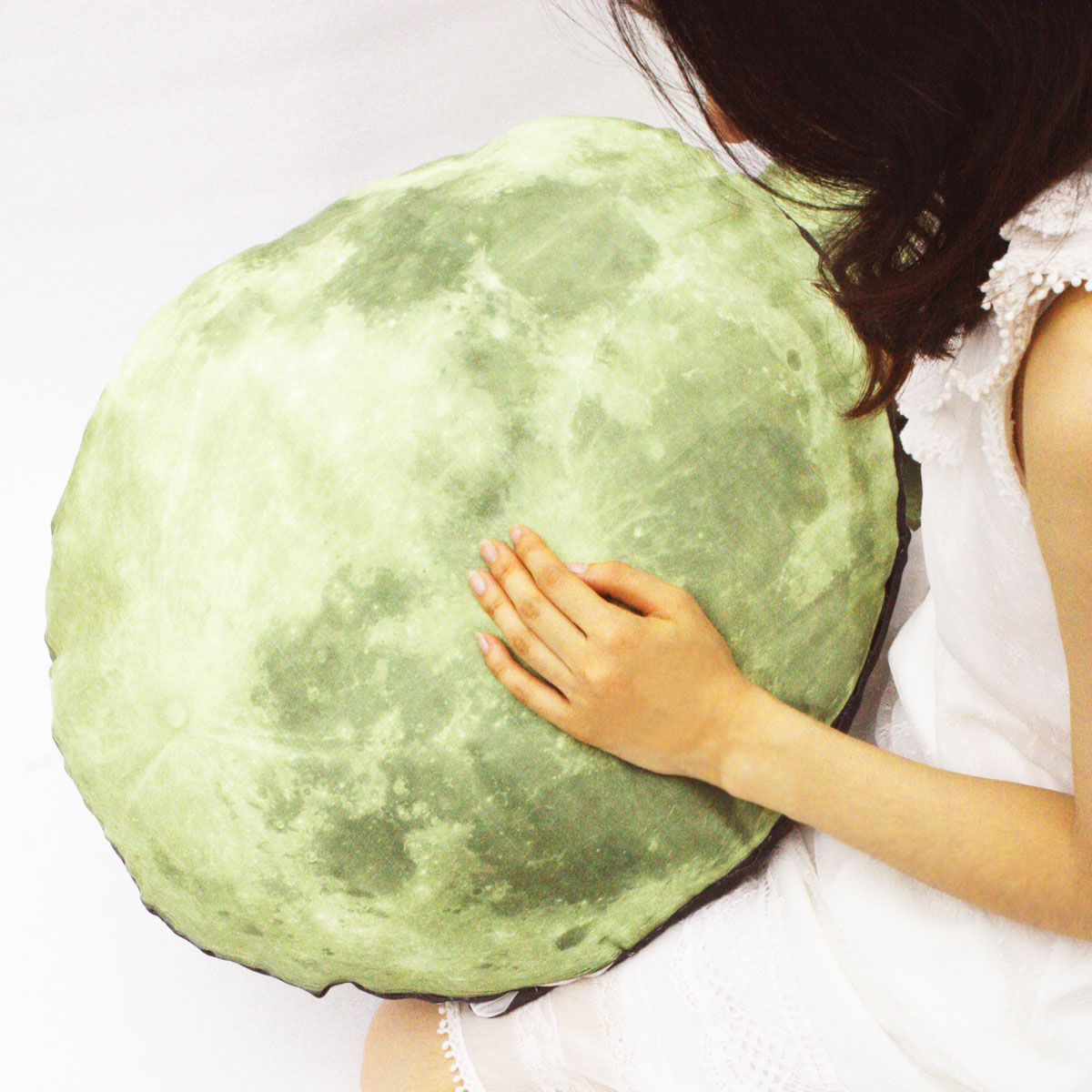 up close of ‘nocturne by moonlight’ 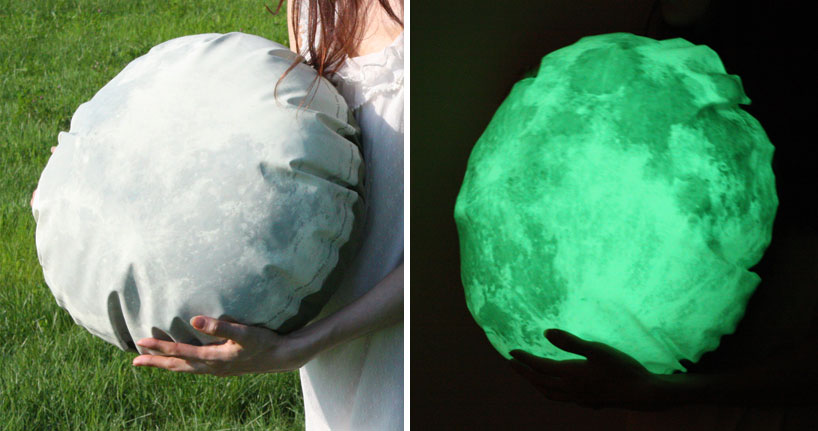 ‘nocturne by moonlight’ by day (left) and by night (right) 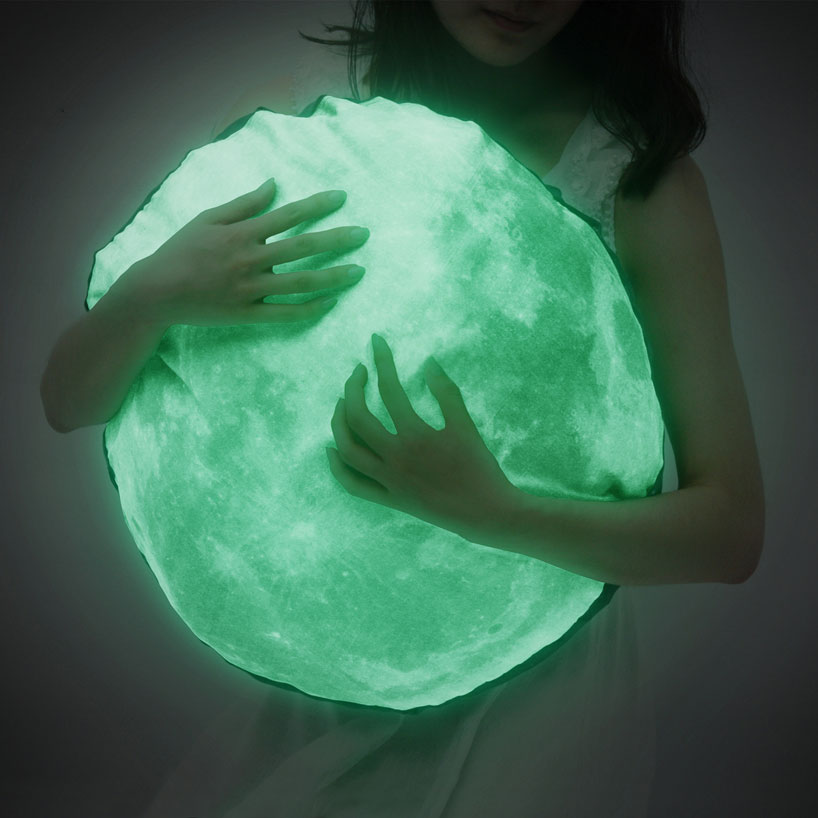 the pillow distributes a soft, dim light when glowing in the dark 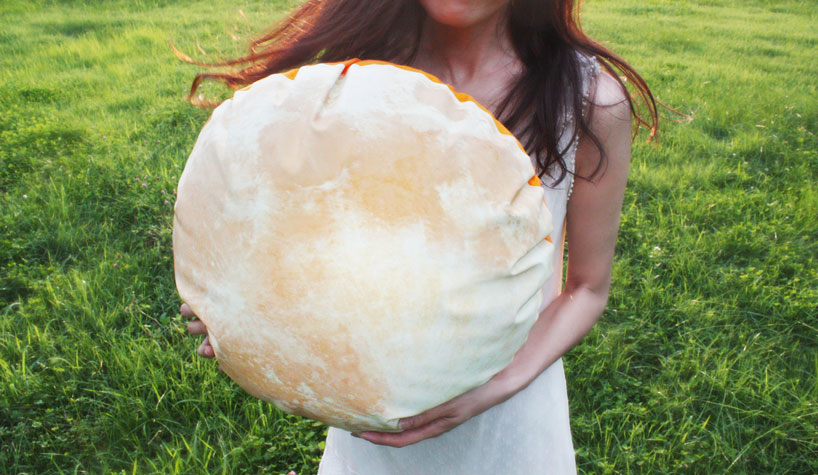 ‘nocturne by moonlight’ in orange 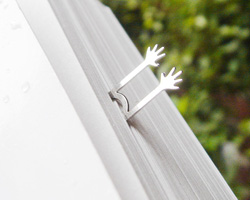