canadian graphic designer nicole dextras embraces the cold climate of her native country through her ‘ice typography’ installations – a series of larger than life words spelled out in block letters made from ice. the three-dimensional texts are fabricated using moulds dextras pours water into (sometimes colored for a more dramatic effect), allowing it to freeze and assembling the letters in a means that speaks to how a viewer’s gaze frames and informs the landscape in which the frozen statements are placed.

varying in size from as low as 18 inches in height to a whopping 8 feet tall, regardless of where the texts are installed – whether it is in canada’s northern province of yukon, or the metropolitan city of toronto – it is always the temperature which determines the life of the works, and how long it will take for nature to takes its course and change their state of solid to liquid. as dextras states, ‘this phase of transition becomes symbolic of the interconnectedness of language and culture to the land as they are affected by time and by a constant shifting and transforming nature.’

the visual poetry which the designer’s ice typography creates, aims to subvert the authority of the english language and the commerce of signage, selecting words which represent a sense of vulnerability and transition. ‘words cast in ice interrupt our literal narratives, allowing a more integrated reading of the land we inhabit, as opposed to the past and current commodification of land as limitless resource. this fundamental split in perception lies at the crux of our environmental crisis. I therefore choose to create within an ephemeral vernacular to accentuate the collective physical and psychological experience of flux and change,‘ dextras says. 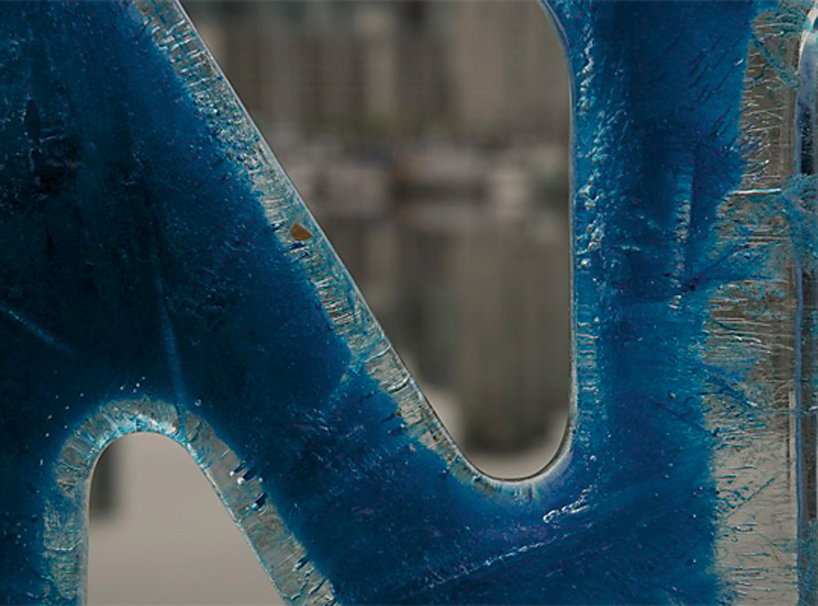 ‘signs of change’ consists of words made from ice that were placed within the canadian urban landscape, each one speaking to its chosen site, and our society’s need to subjugate nature and dominate the the environment. 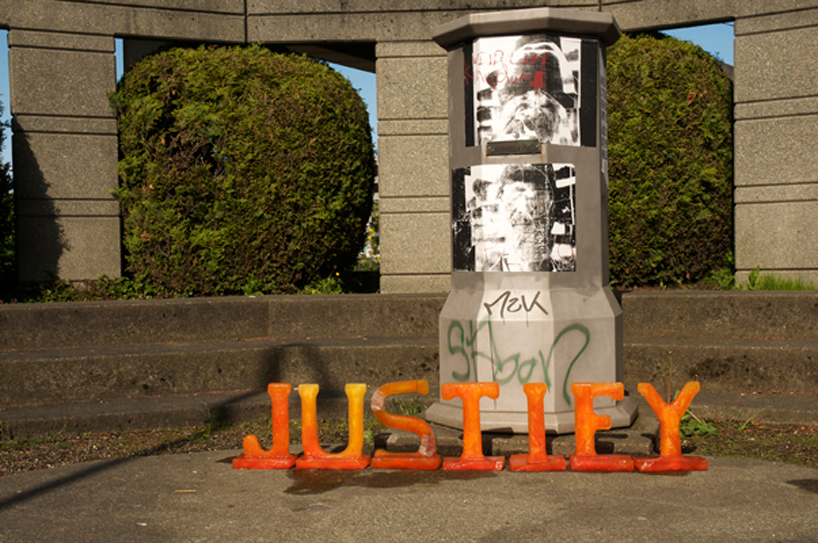 ‘signs of change – justify’ how does a city justify a concrete park on busy thoroughfare? it used to house a statue of christopher columbus, which was stolen and mysteriously re-appeared in a better loved location

‘signs of change – denial’ red ice text in front of abandoned house, one of the few old ones left on the block 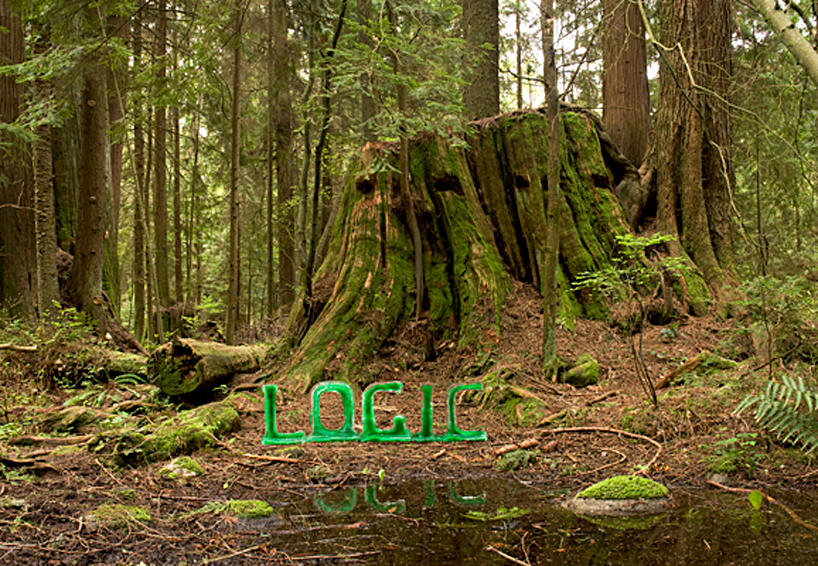 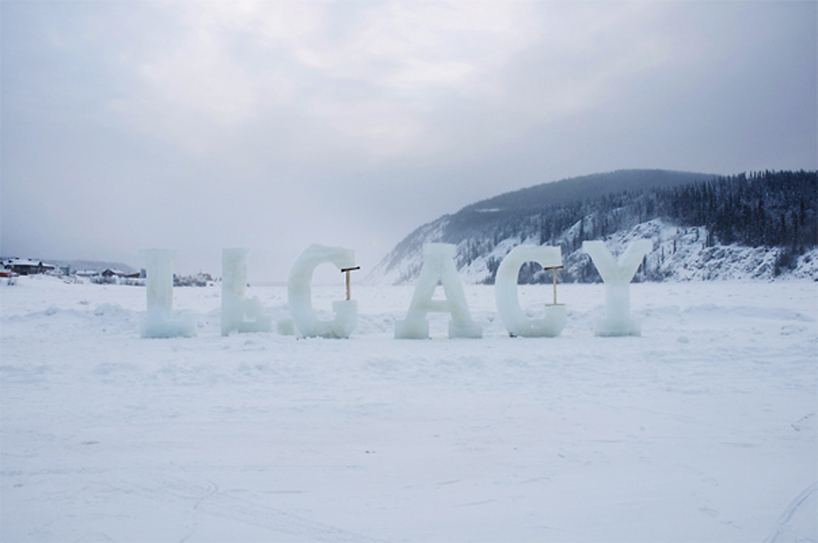 ‘legacy’ was installed along the yukon river in northern canada. the word here refers to its surrounding landscape as being the heritage of the inhabitants of the region that was founded more than a hundred years ago during the gold rush. 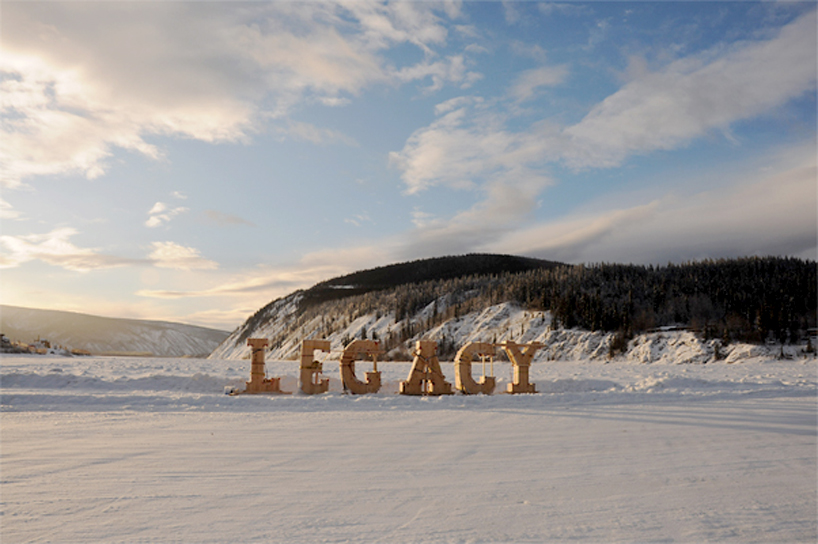 the ice is formed by pouring water into the wooden forms, which are sealed and only open at the top images courtesy of nicole dextras 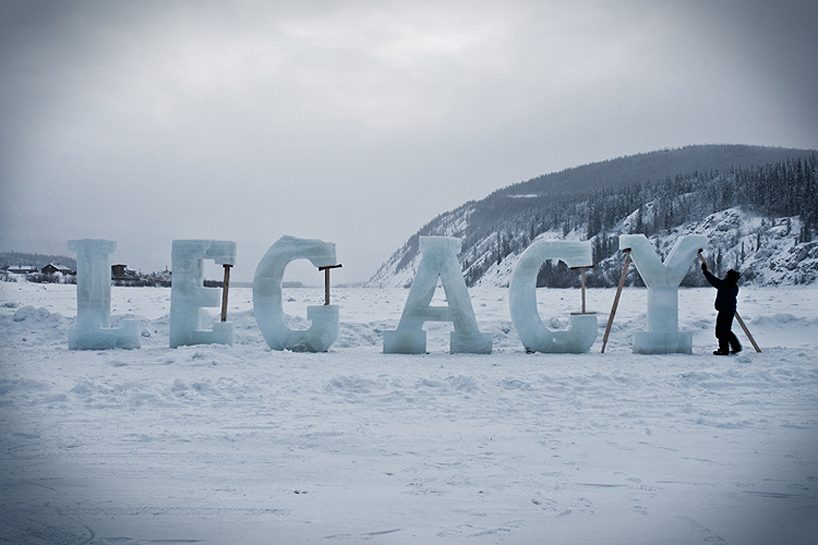 the forms are removed and only small pieces of wood support the letters with the cantilevers. to everyone’s surprise, the ice letters crumbled to the ground as soon as the wood was removed image courtesy of nicole dextras 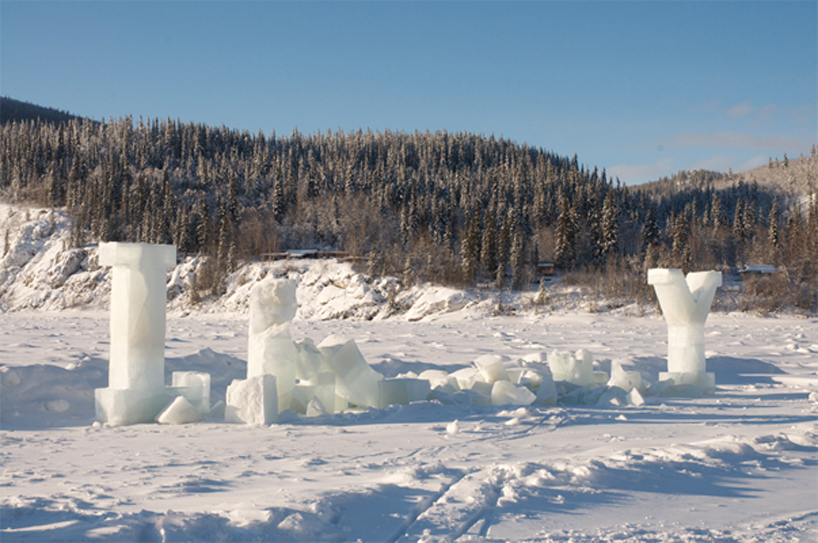 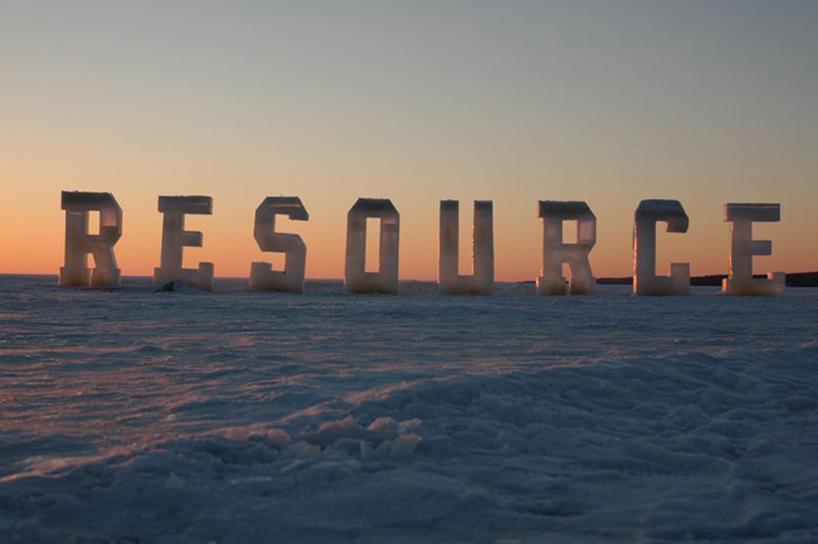 situated on lake nipissing in ontario, canada, ‘resource’ was a means of allowing us to question our ownership of natural resources on a local, national and global level. 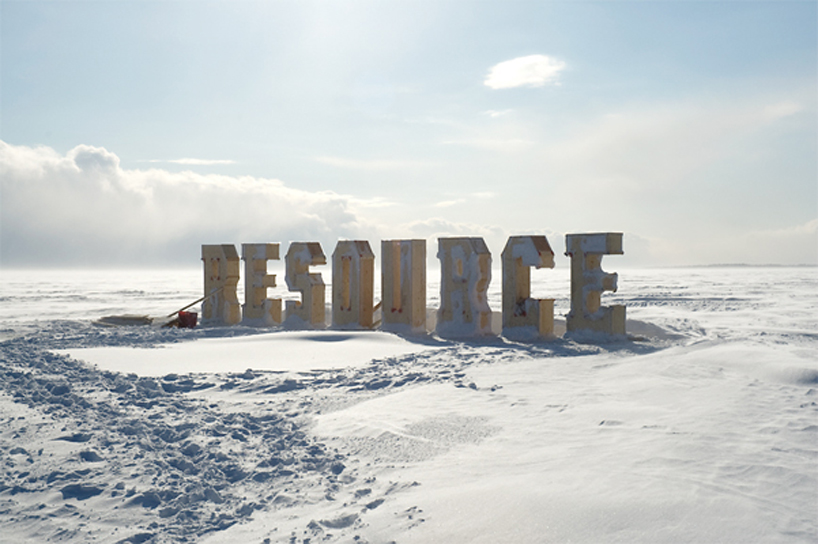 wooden forms on-site by the lake were filled with water, with a week of minus 10 celsius temperatures needed to freeze image courtesy of nicole dextras 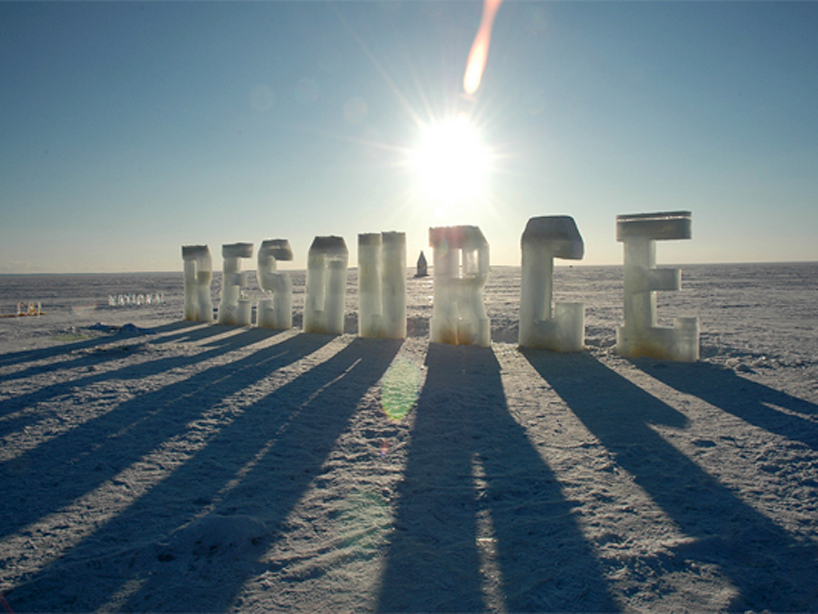 the sun helps cast large shadows of the phrase ‘resource’ on the cold environment, forcing one to question the ownership of the land and its elements image courtesy of nicole dextras 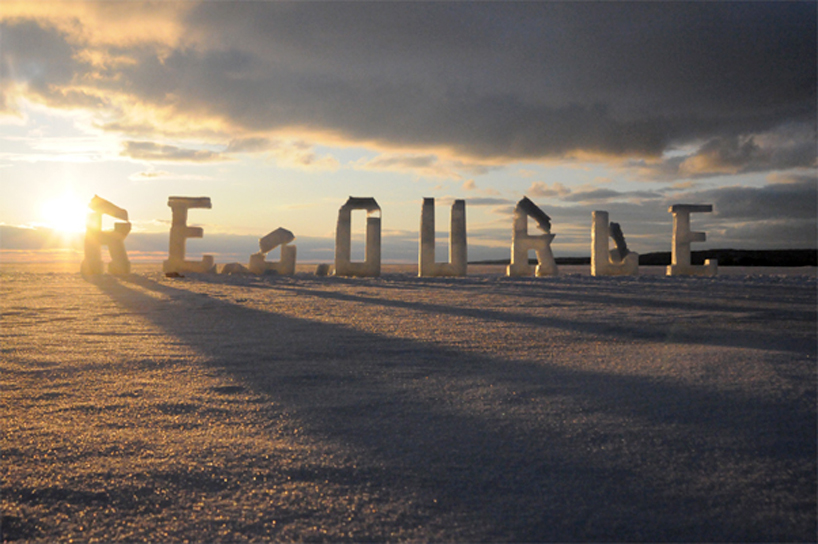 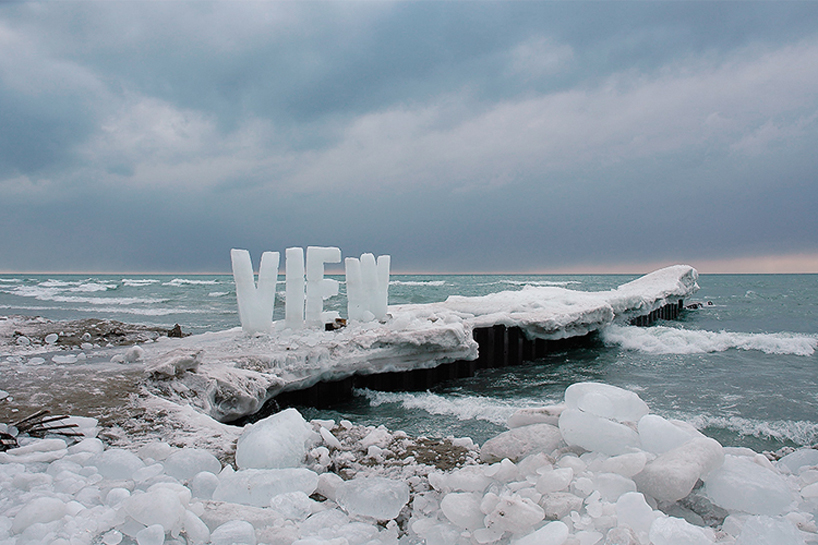 standing at 6 feet high, ‘view’ was situated off lake ontario where the high winds eventually blew the letters over before they even had time to melt. 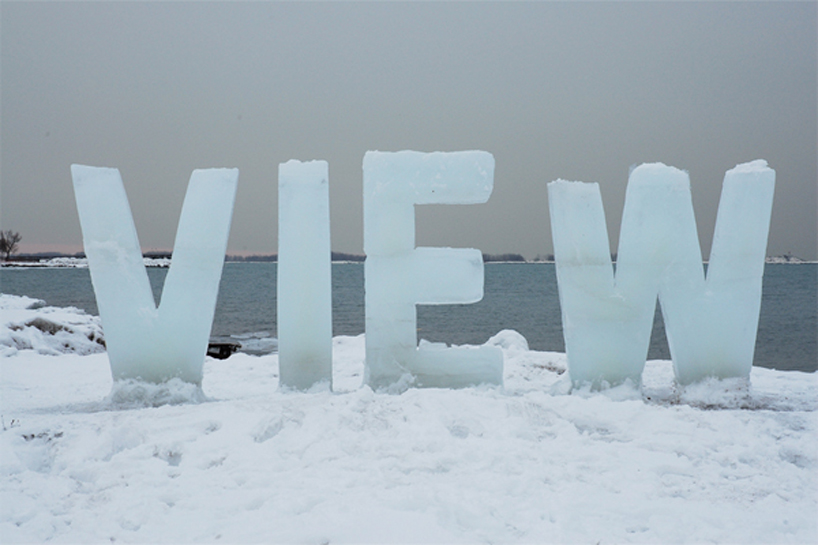 up close of ‘view’ image courtesy of nicole dextras 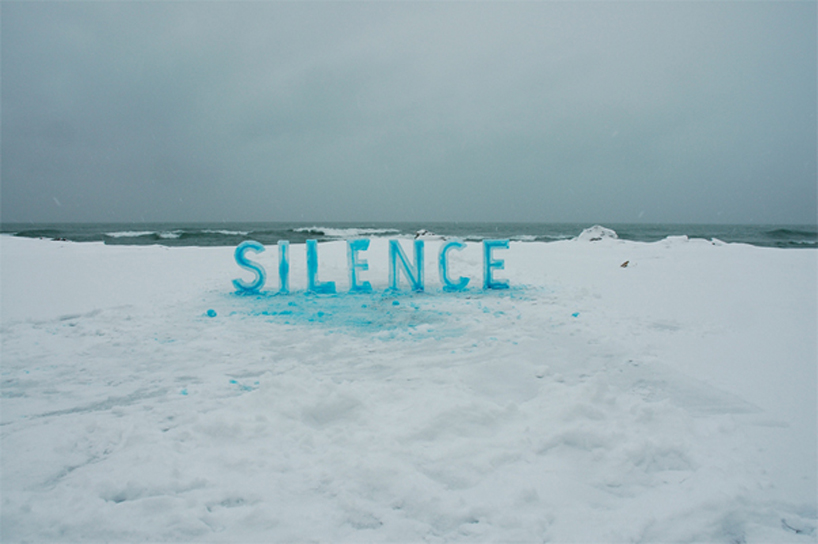 a series of text that were installed on toronto island, the icy words of ‘view points’ relate to multiple perspectives of language, how one is able to conjure up a number of definitions depending on the viewpoint of the reader. 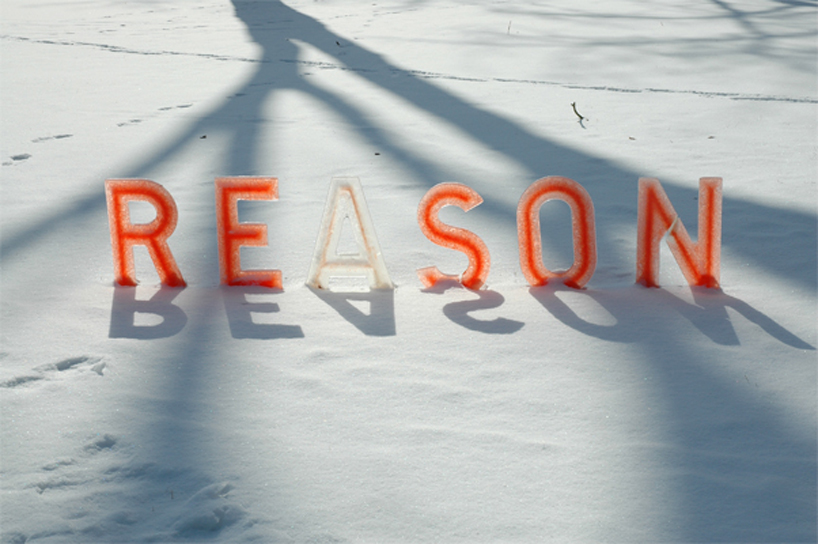 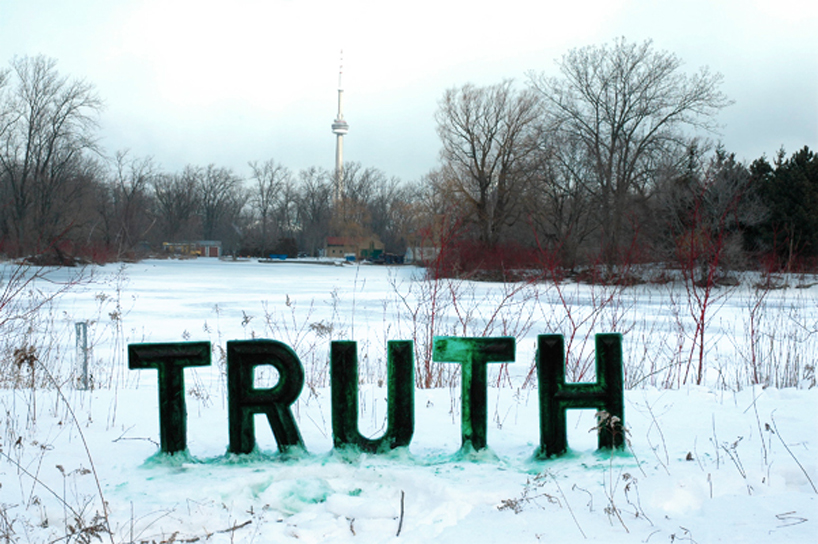 ‘view points – truth’ looking north, the CN tower looms in the background, the city is not far away image courtesy of nicole dextras 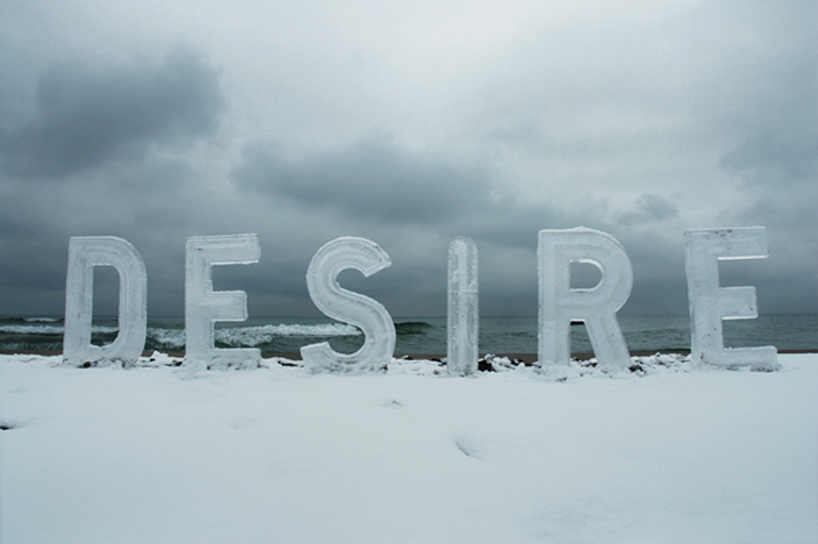 ‘view points – desire land by the water is always desirable 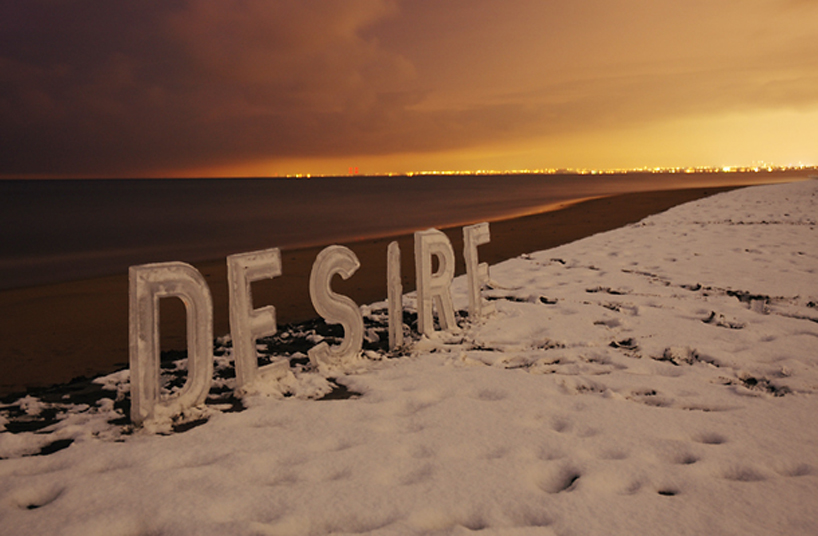 including a lesson in typography, this online design course will teach you how to present yourself in the creative world. we examine different approaches that ensure that you, your talent, and your work are brought to the attention of the people that matter to you.