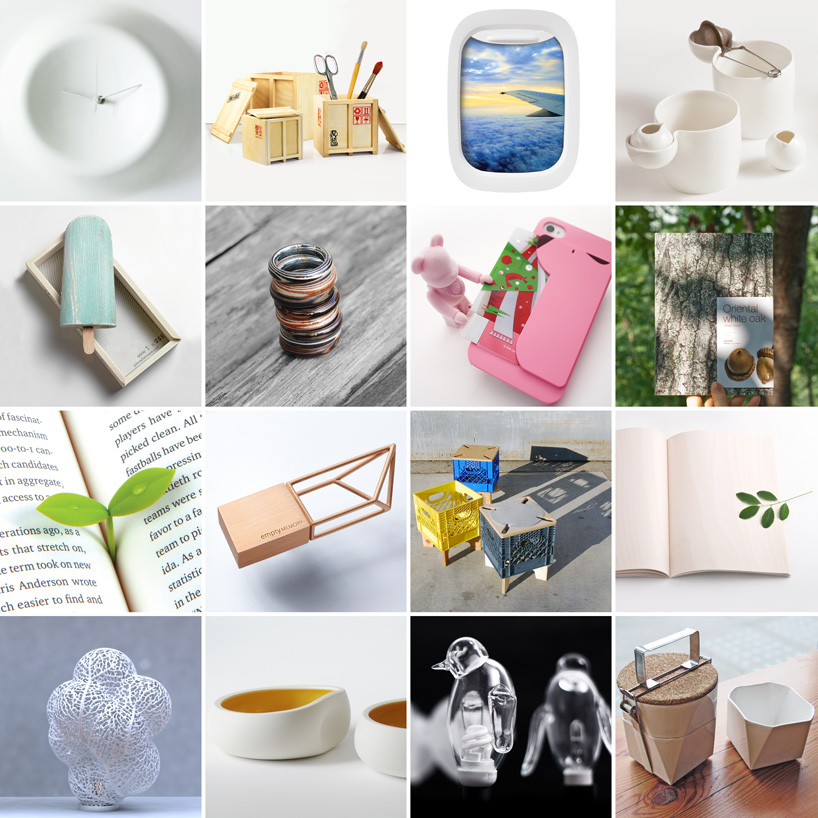 this year, the eighth edition of the designboom mart held at the ICFF in new york presents 35 designers, from almost as many countries, who are introducing their new products to the marketplace for the first time. 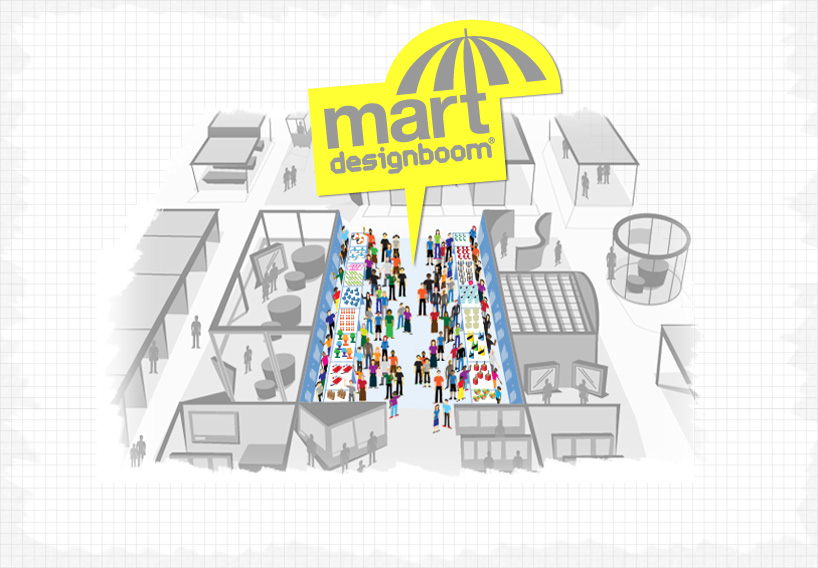 the designboom mart is a unique interactive platform for emerging and established designers to test their new ideas. over the years, many talents have been discovered during their participation in the exhibition, and have gone on to become industry celebrities.

as part of the cultural program of the ICFF, visitors have the opportunity to meet with the young avant-garde, and become familiar with their work, getting a first-hand chance to talk and discuss the wares on show with the creators themselves.

you can see, touch, hear about and purchase many intelligent, useful and quirky items for a symbolic price. make sure to bring enough cash! 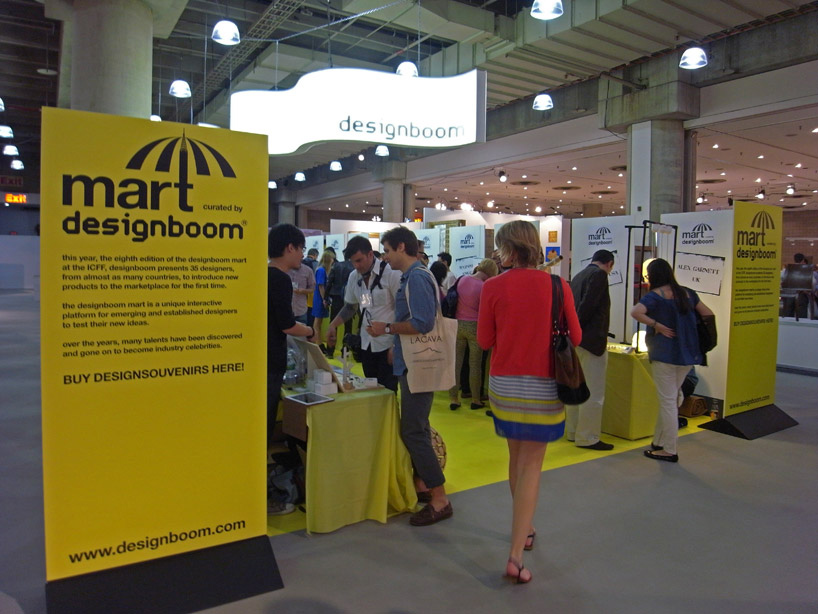 this year’s ICFF designboom mart 2012 features a special lighting installation created by japanese-born brooklyn-based designer takeshi miyakawa. composed of three undulating panels; two measuring 13′ long; one measuring 10.5′ long, all at a height of 3′, the sculptural work is suspended above the exhibition space. the hanging curtains of light draw their references from the aurora borealis and display designboom’s typographic logo, acting as a beacon amidst the expansive fair venue, visually defining the mart from the rest of the exhibitors.UPDATE – 5/21/12: for ‘I (heart) new york’, a separate  lighting installation during NY design week, takeshi miyakawahas been arrested and is being detained on felony charges of reckless endangerment and the placing of false bombs. read more and sign the petition to free miyakawa and protect the rights of artists.UPDATE (5/23/12): after his attorney filed a writ of habeus corpus, the court held a second hearing for takeshi miyakawa on may 23rd, where a new judge released him without bail. the artist’s court date against his initial charges is scheduled for june 21st, 2012. 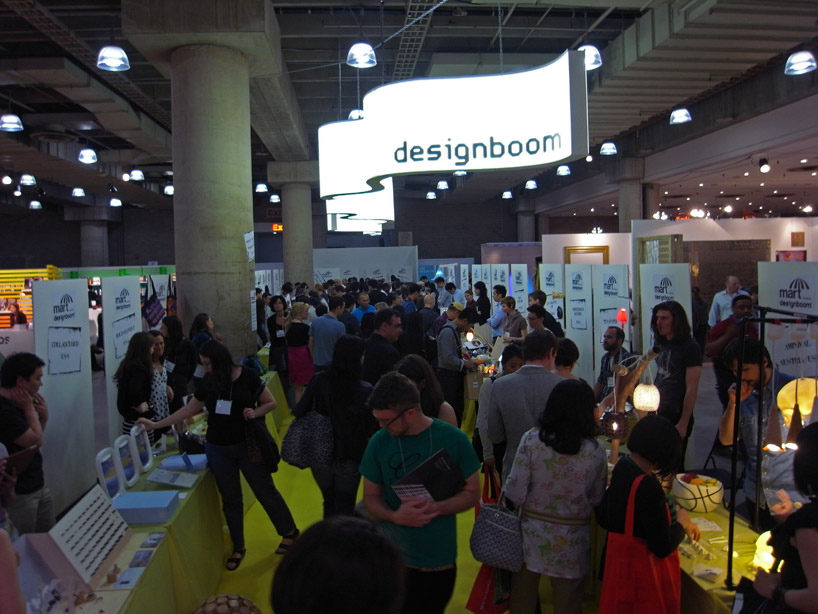 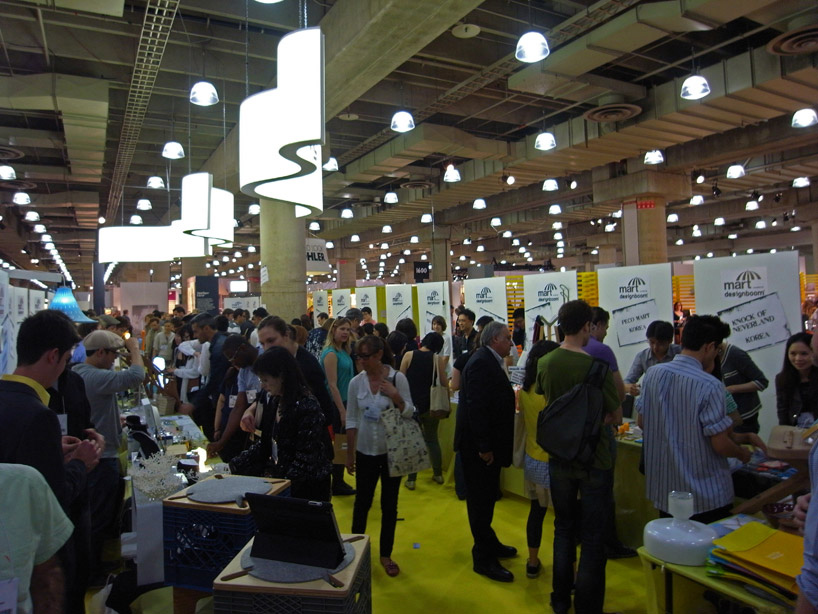 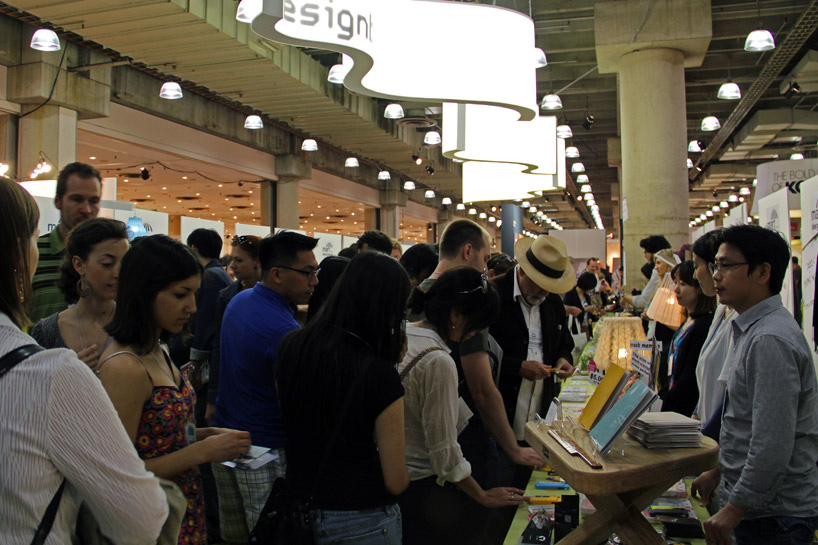 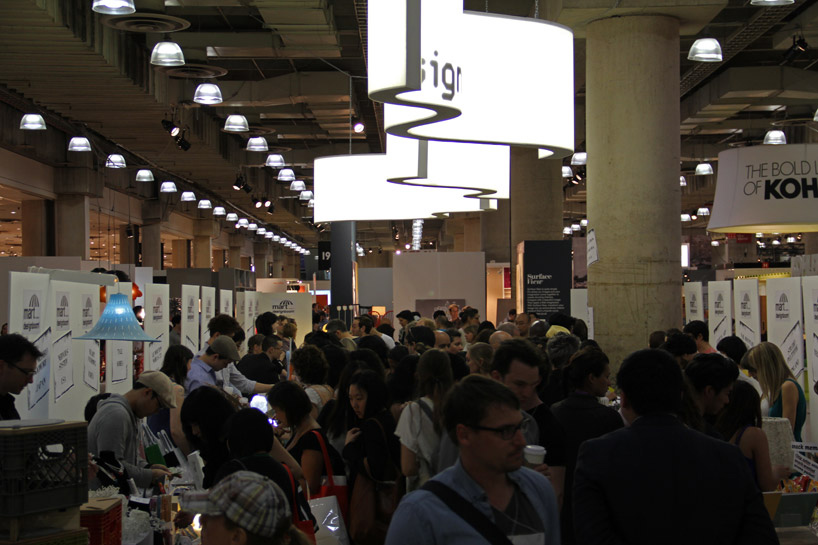 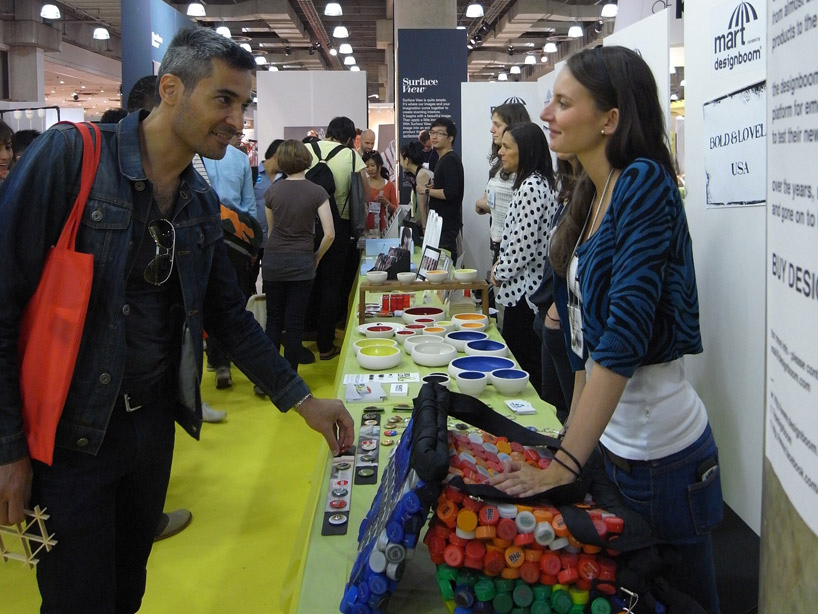 Oct 04, 2022
zena holloway launches a collection of bio-designs grown entirely from grass root
the project explores the promising possibility of root-grown textiles and imagines a future where fashion is sustainable and compostable.
design
738 shares
readers
connections: 35

Sep 30, 2022
living plant controls a machete through an industrial robot arm
the plant acts as the brain of the robot, determining how the machete swings, jabs, slices and interacts in space.
design
+44.3K shares
readers
connections: +520