ICHIBANSEN/nextstations replaces walls with windows in japanese local sightseeing train
(above) running train with mt. myoko in the background
all images courtesy of ichibansen

japan-based ICHIBANSEN/nextstations (yasuyuki kawanishi, yuri sasai and tomohiro himeno) has unveiled a local sightseeing train called ‘echigo TOKImeki resort setsugekka’. starting its operation in the west part of the niigata prefecture, the locomotive has changed some of its walls for windows, resulting in marvelous views. consisting of only two coaches and 45 seats, the first car is completely dedicated to observation while the second one hosts a french restaurant. 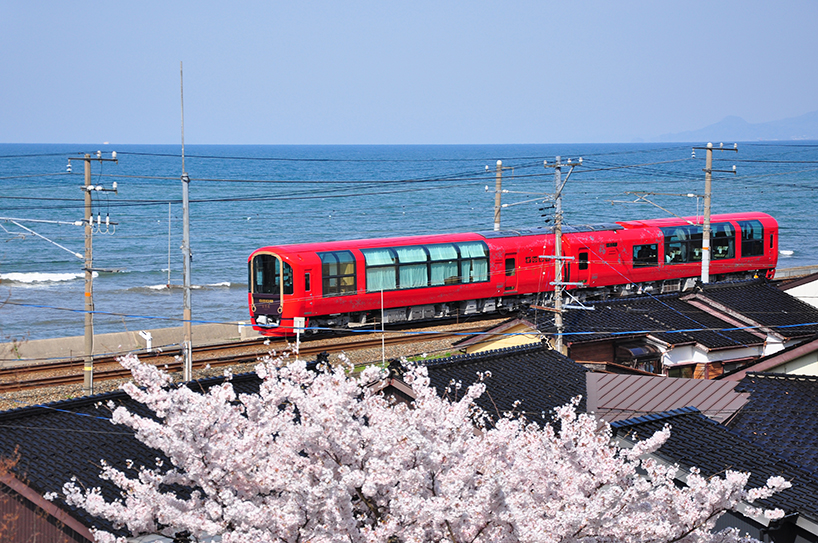 the vermillion body of the train glows along the japan sea

the concept behind the design of the exterior, interior and the experience inside the train was about making it local. to do so, the structure’s body was painted in a vermillion red that allows it to glow with the nature as it moves along the japanese landscape. as for the interiors, the furniture was made of domestic natural lumber and the food in the restaurant includes sake and plates produced with local products. passengers will be part of a one-of-a-kind experience once they ride the train with the largest window in japan, offering views of both the mountains and ocean. 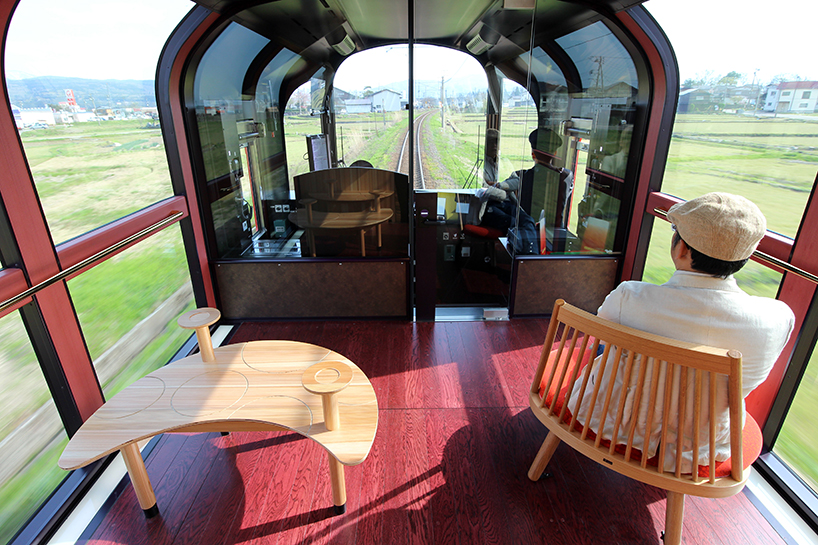 panoramic view deck located on the head of the train 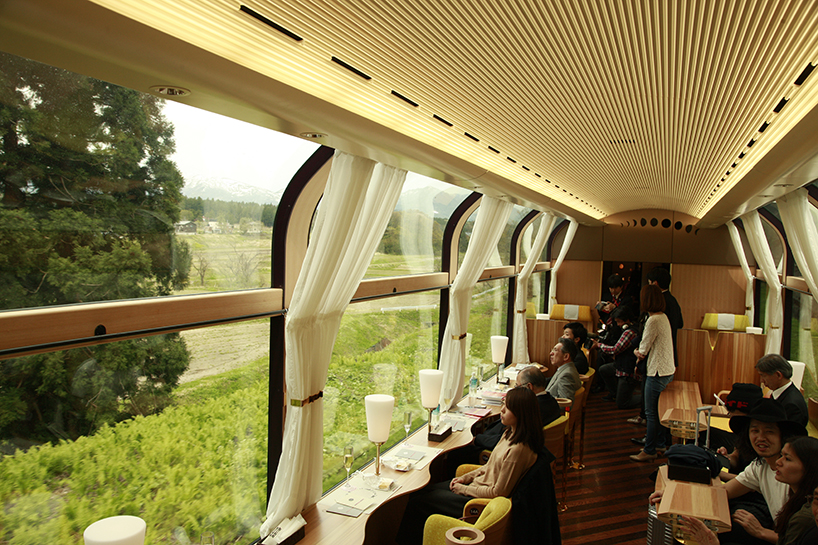 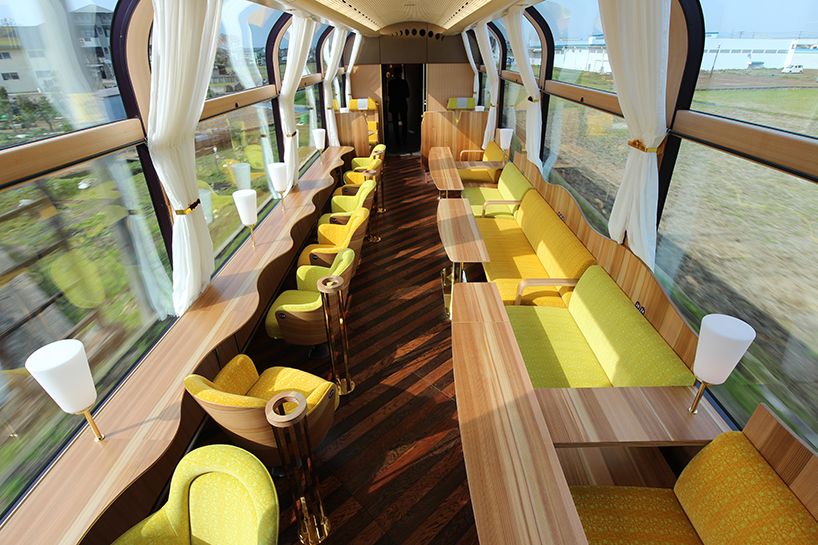 car no.1 is an observation car 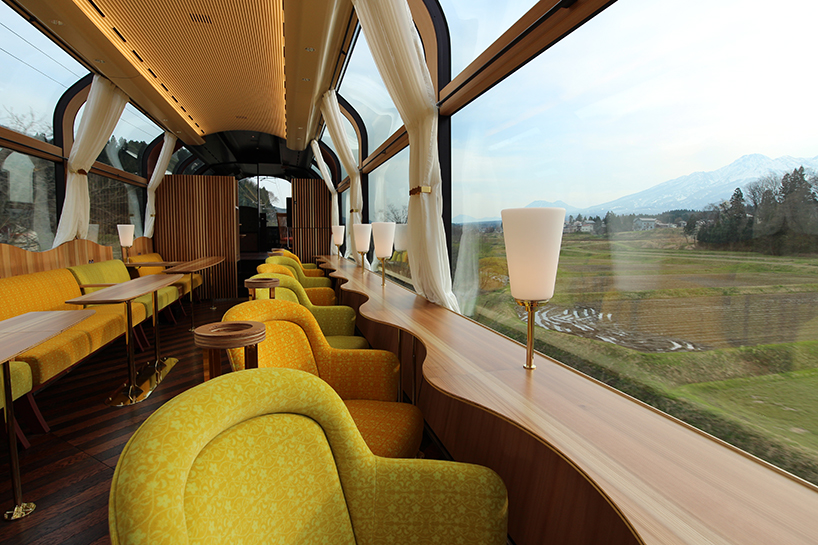 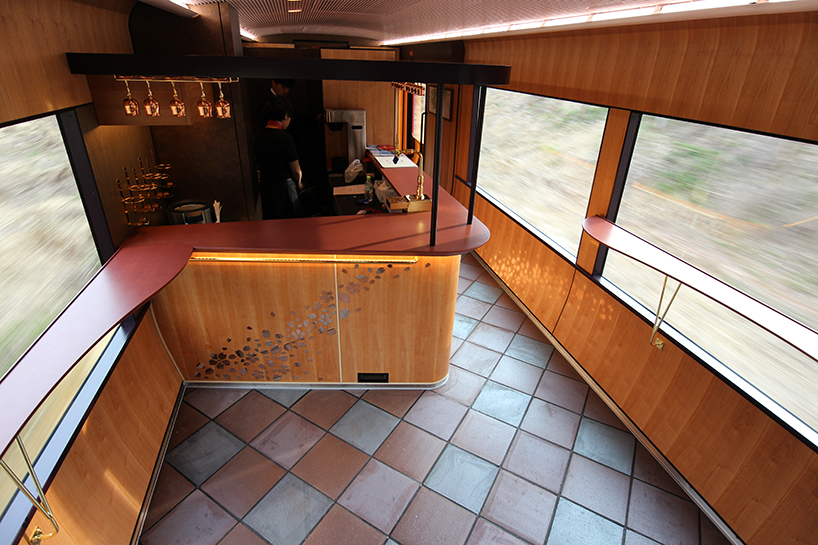 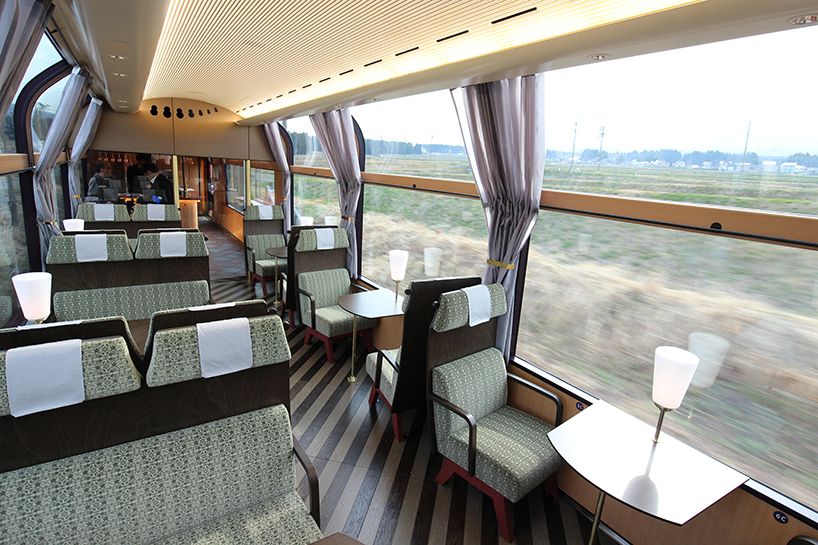 car no.2 is a restaurant car 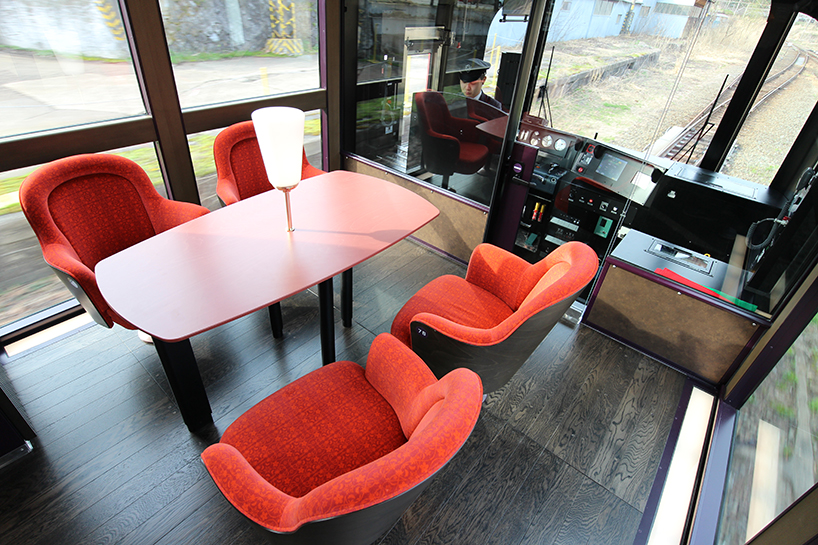 the special view compartment has only 4 seats 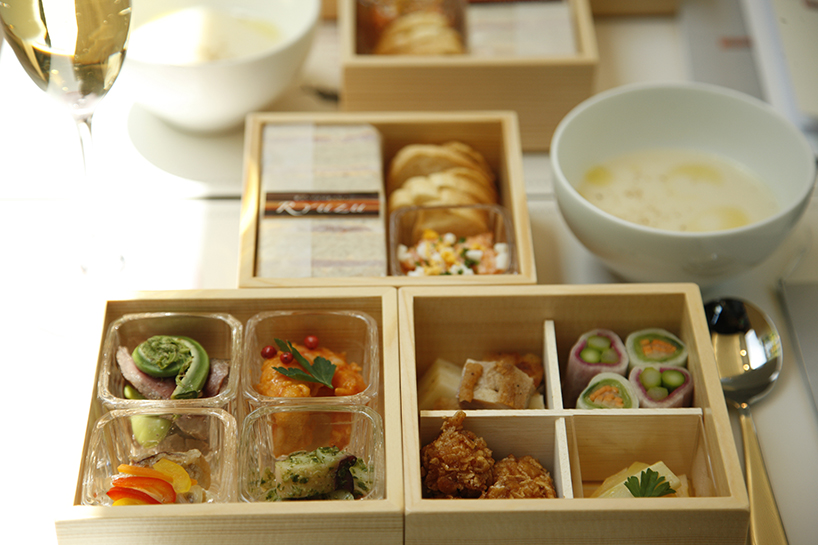 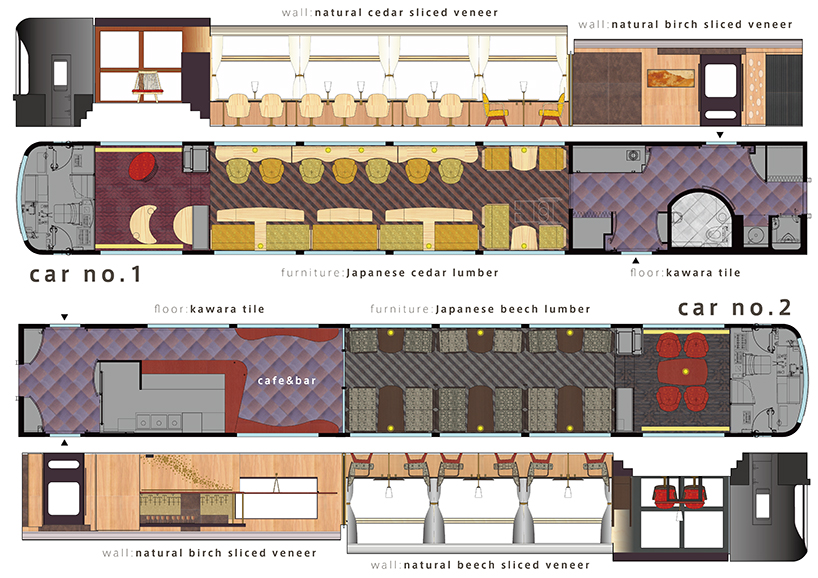 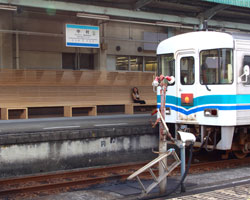