the theme for this year’s hansgrohe prize focused on the topic of making the act of showering a more pleasurable and ‘greener’ experience. held in connection with the international iF concept design award for young talent, out of the vast number of entries submitted 150 shortlisted projects were evaluated by a jury; andreas haug, phonex design, stuttgart; jan heisterhagen and dr. carsten tessmer, both of hansgrohe SE, schiltach who awarded the following prizes to six international teams: top entry, ‘iWashit’ designed by ahmet burak aktas, salih berk ilhan, adem onalan, burak soylemez of turkey is a shower / washing machine combination. greywater from a shower is collected, cleaned and filtered to be used for doing a load of laundry. 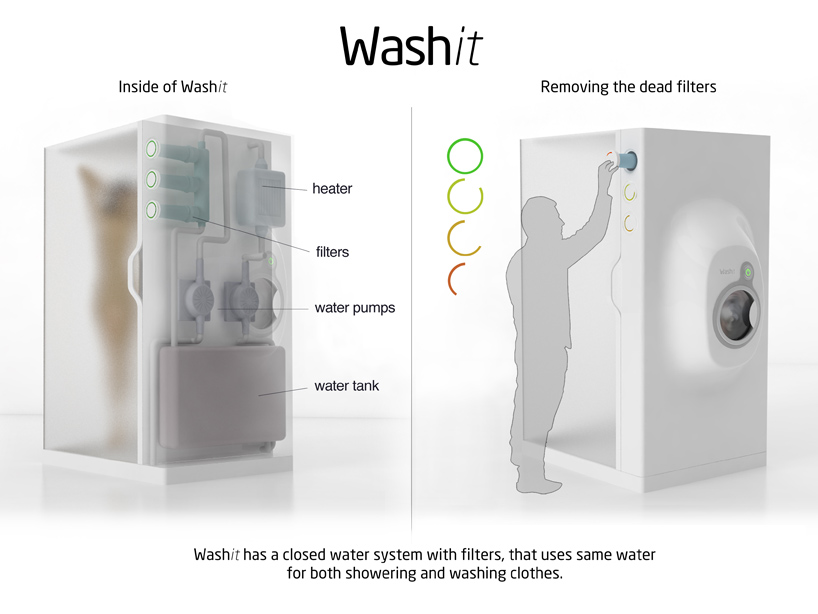 the shower / washing machine combo allows users to collect the greywater from their shower, filter it and use it to wash a load of laundry 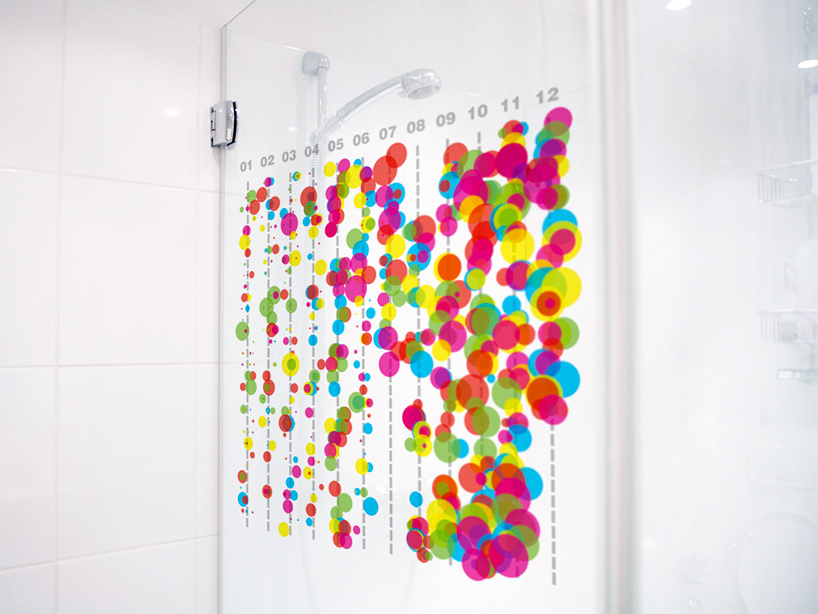 ‘shower calendar’ by matthias laschke of germany is a computer controlled display mounted on a shower stall. at the touch of a button, a large, colored dot appears on a calendar matrix on the current date. this graphic represents 60 liters of water. as water is consumed, the dot gets smaller until the user shuts off the water, or the 60 liters has been used up. the dot remains on the calendar as a remind of the shower that was taken, heightening people’s awareness of their water consumption. 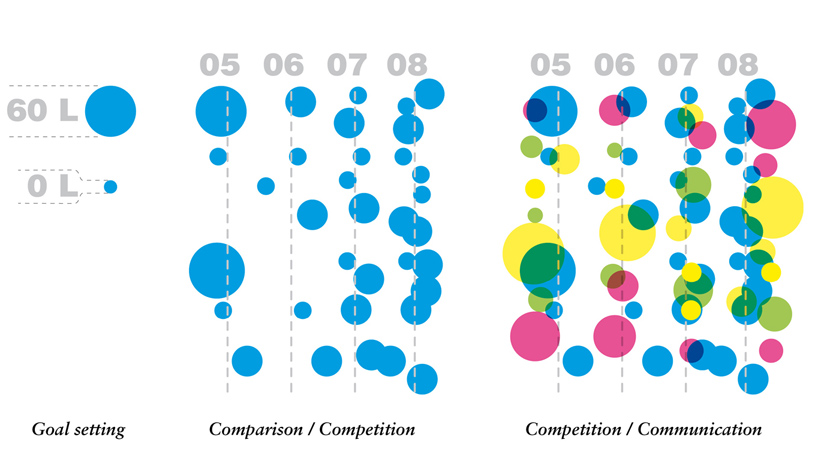 video showing the use of the ‘shower calendar’ 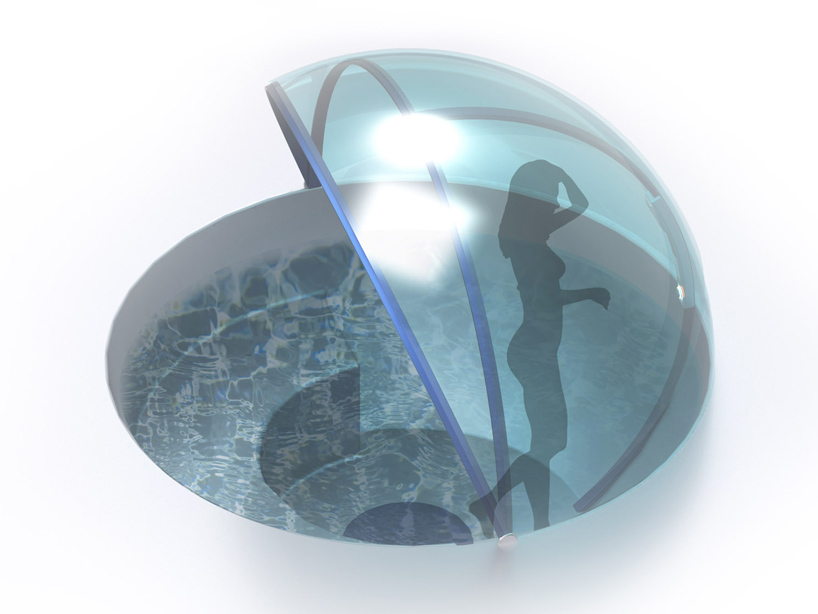 ‘wash dome’ by jung-eun lim of korea is a ‘tub’ installed at floor level covered with a glass dome that acts as a closed shower stall, bathtub, whirlpool and sauna all-in-one. the shower wall which is designed as a kind of ‘water droplet’, stores moisture and provides bathers with a consistent temperature. 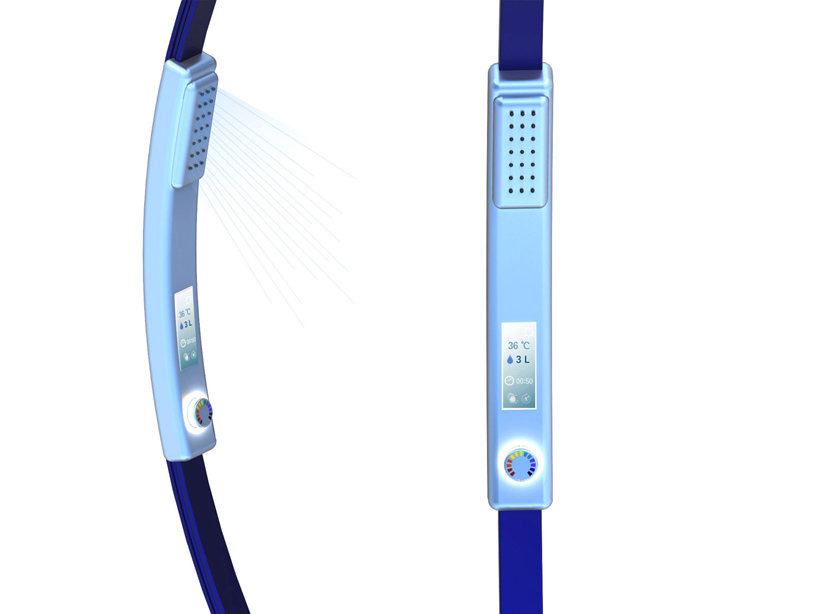 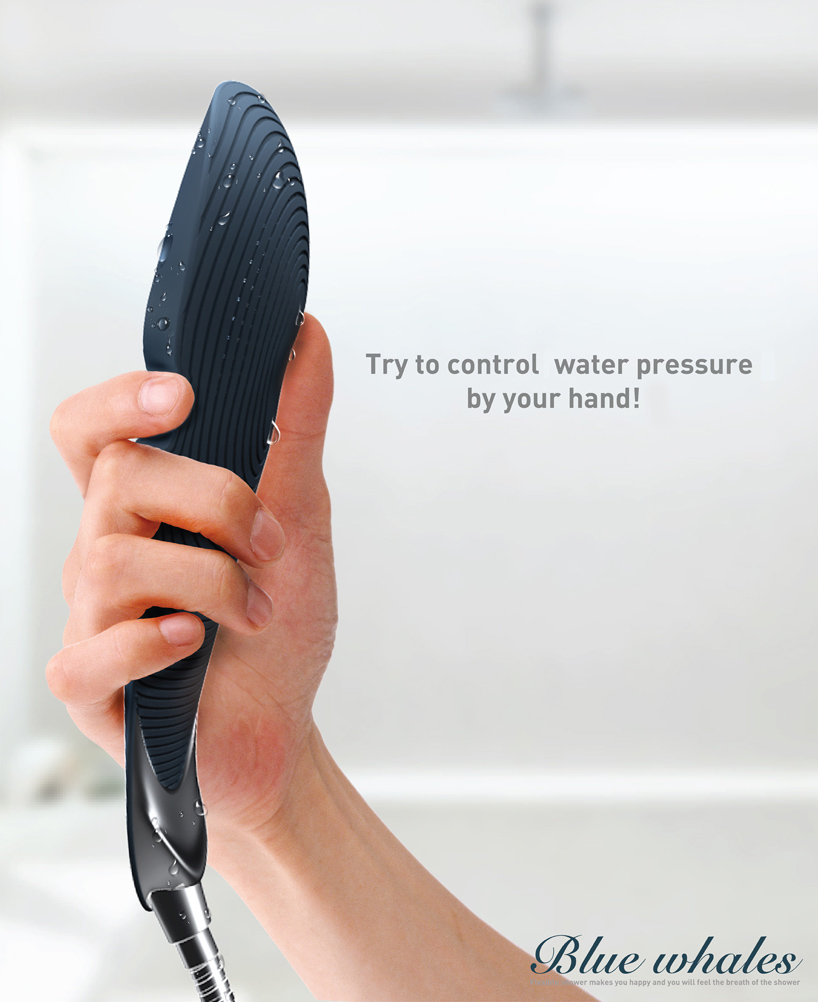 ‘blue whales’ is a handheld shower designed by sang un kim from korea. the device makes it possible for users to individually and easily adjust water pressure with the palm of their hand. the more pressure that is applied, the stronger the force of water flow. less pressure can be used for face cleansing for example. this saves a lot of water on top of being convenient. 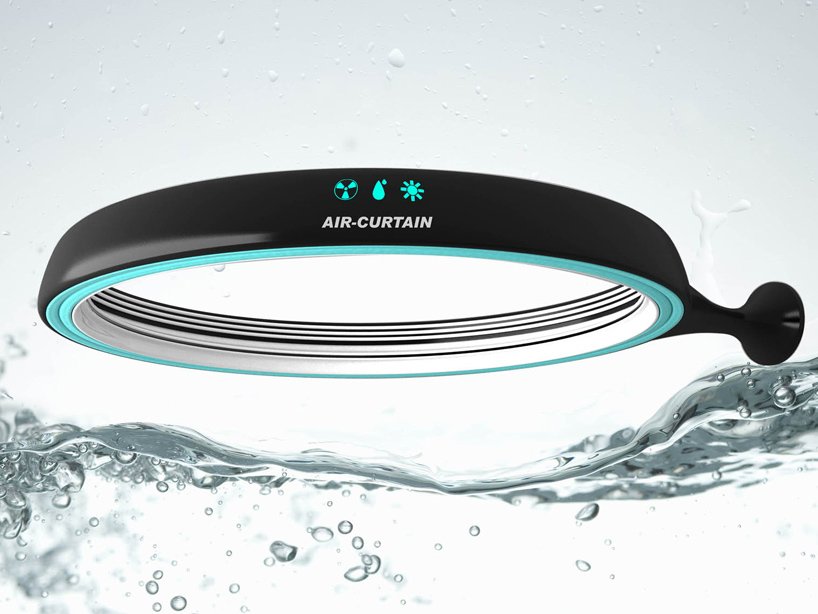 ‘air curtain shower C’ by liu yi, luo jing and jiang yuning is a shower stall that uses a shower curtain which consists of an airstream. it comes out of the floor and prevents any water from spraying out of the shower stall. this ‘open’ shower concept gives users a feeling of freedom. the circular water jets provide a new type of bathing experience on the one hand and efficient water consumption on the other. when not in use, the bathroom appears significantly larger. 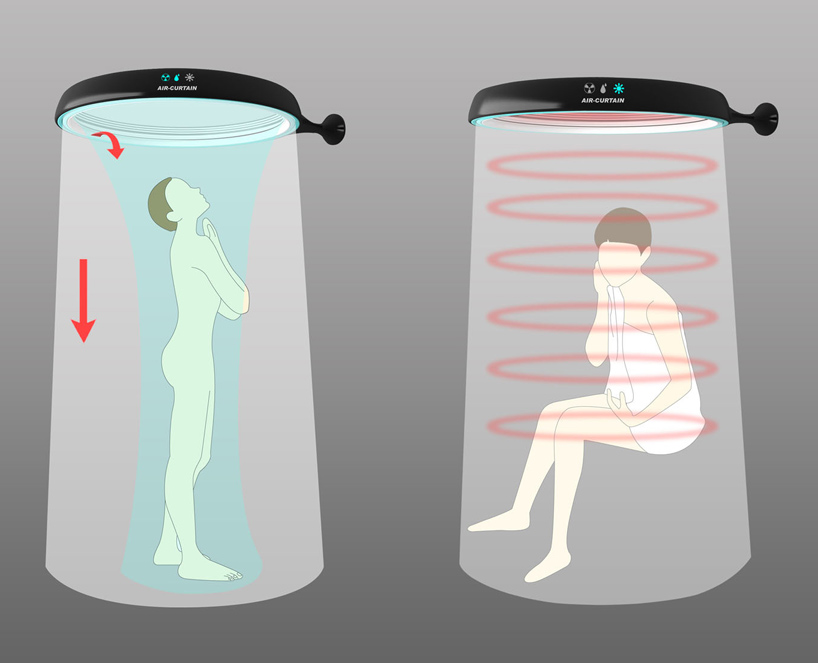 all of the entries in the competition will be on display at the kunsthaus hamburg from may 31st until june 17th, 2012