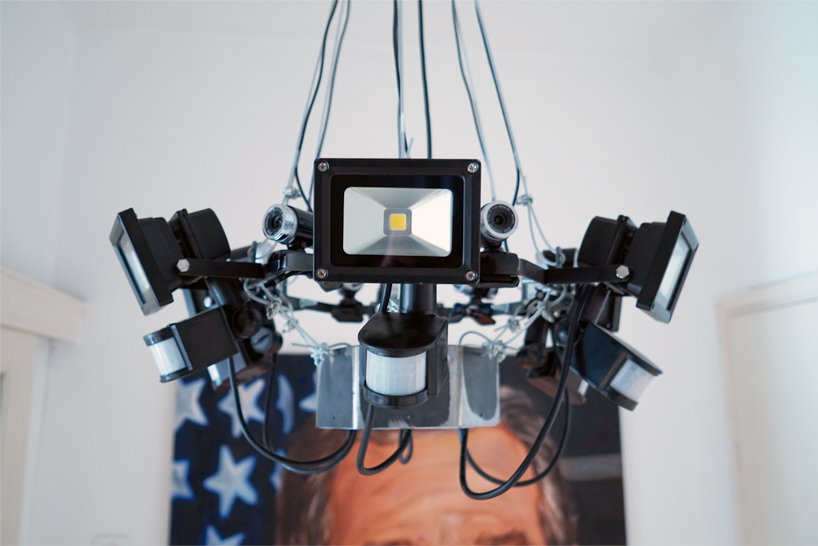 the panopticon is an institutional building designed by  philosopher and social theorist jeremy bentham in the late 18th century. the design allows the watchman to observe every single inmate without them being able to tell whether or not they are being watched. this watchful eye causes prisoners to become aware of their behaviour and actions, restricting them of their privacy and their dignity. 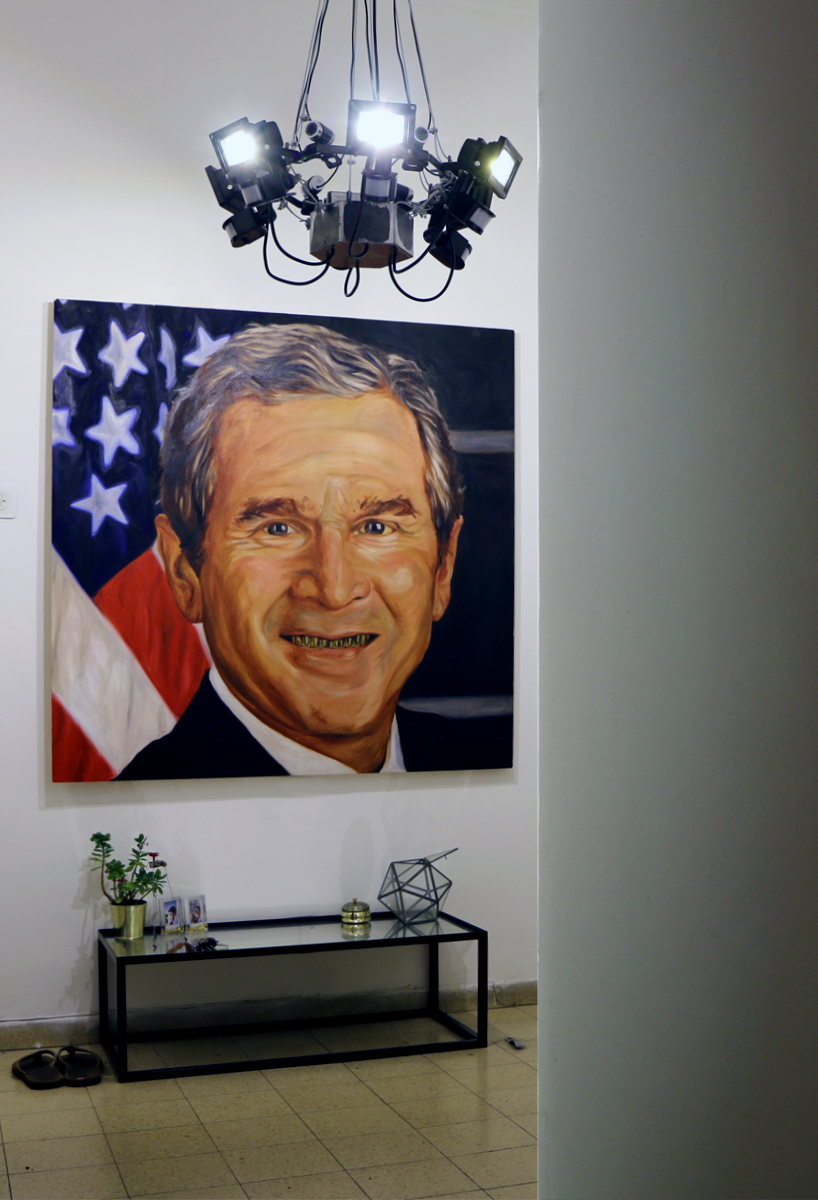 designer iftach gazit has used this concept for the basis of his ‘panopticon chandelier’ which uses LED floodlights and webcams tied together in order to watch your every move. the idea was to create a 3D representation of our current security focused world, where our actions and observations are constantly observed. our relationship with the device blurs the line between our own personal sense of security and privacy. everyday we reveal much about ourselves, from what we buy and where we go, which allows corporations to gather more and more information from consumers. the installation draws upon these themes, by building upon the ‘panopticon’ in a modern and relevant representation. 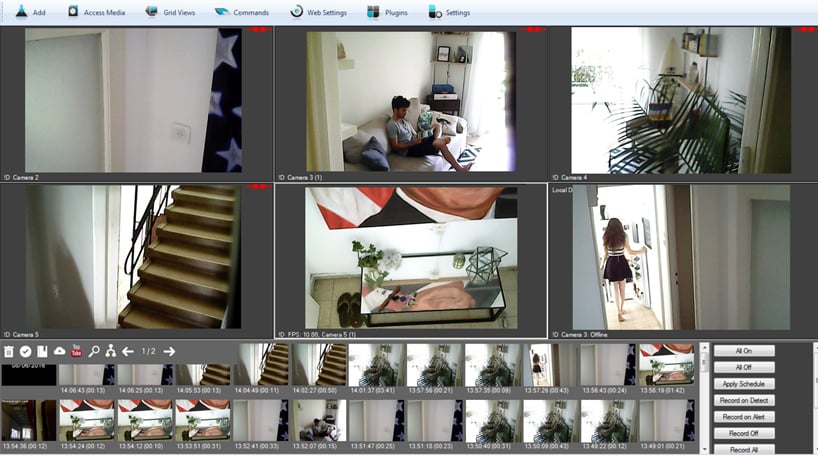 view from the inside 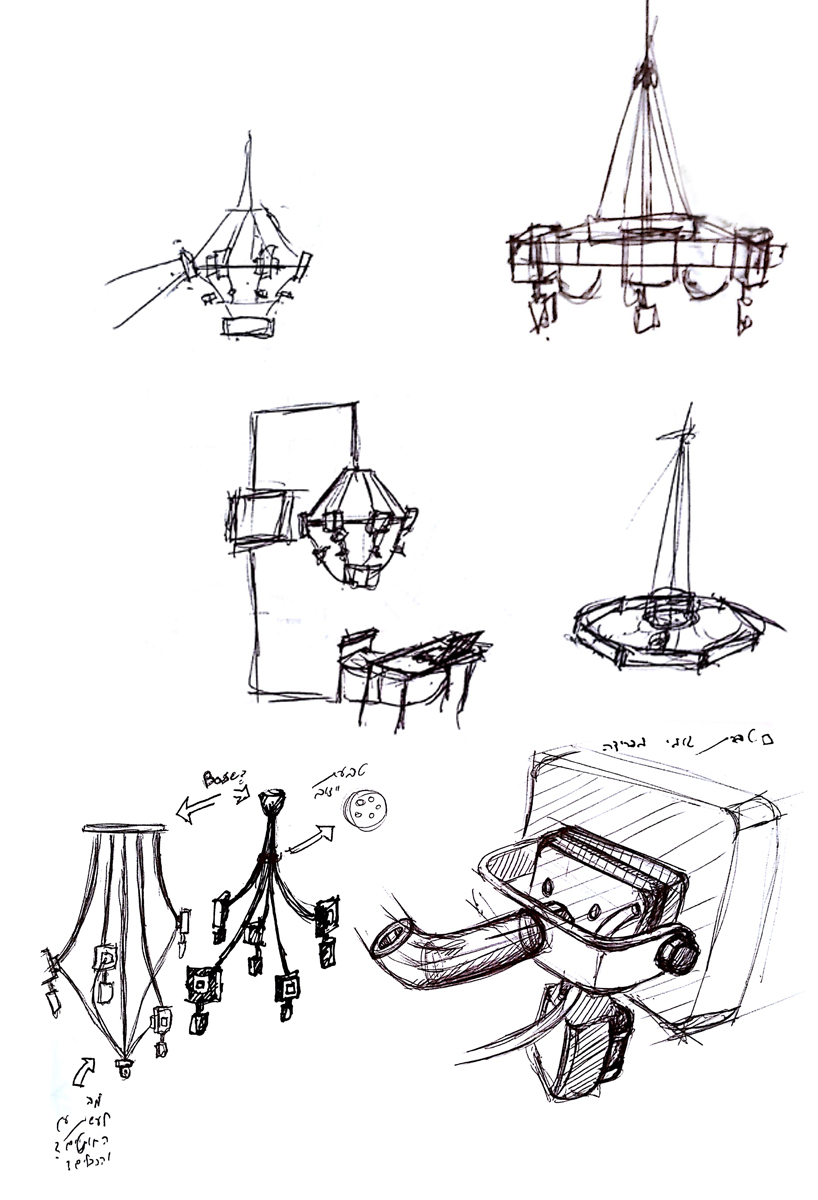