IKEA has announced that it will no longer release a physical version of its catalogue, a publication that has been released since the 1950s. at its peak in 2016, the IKEA catalogue was distributed in 200 million copies, in 69 different versions, 32 languages and to more than 50 markets. however, with changes in customer behavior and media consumption, the company says that fewer people are reading the publication today than in previous years as digital communication becomes more important. consequently, the furniture retail brand has taken the ’emotional but rational decision’ to end the catalogue. 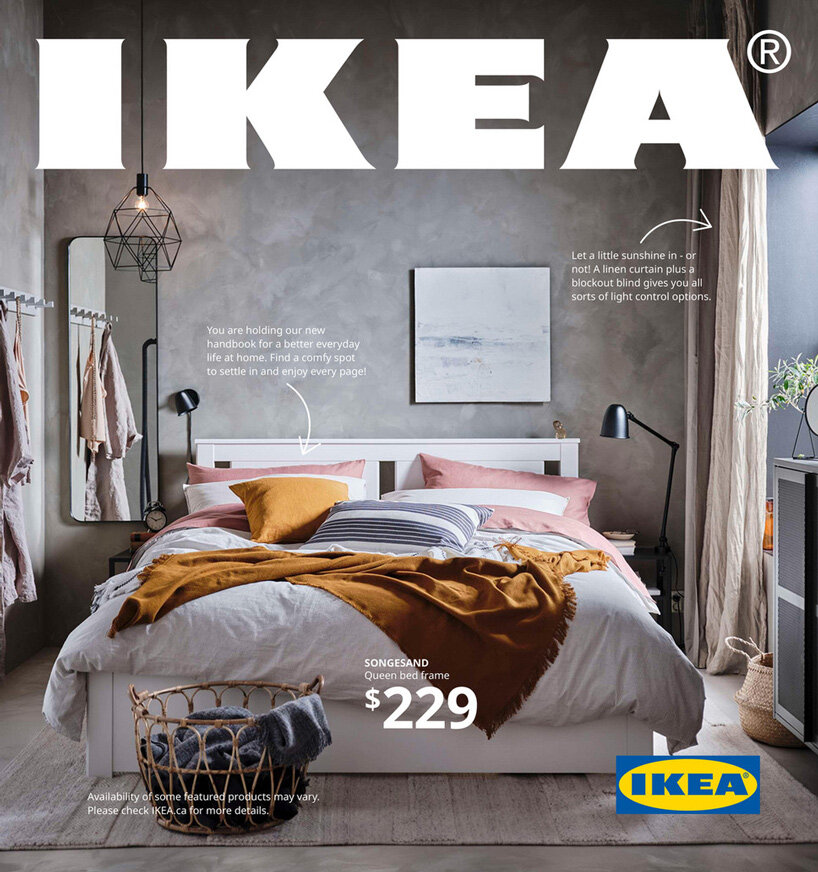 ‘for both customers and co-workers, the IKEA catalogue is a publication that brings a lot of emotions, memories and joy,’ says konrad grüss, managing director, inter IKEA systems B.V.. ‘for 70 years it has been one of our most unique and iconic products, which has inspired billions of people across the world. turning the page with our beloved catalogue is emotional but rational. media consumption and customer behaviors have changed, and IKEA is already increasing digital investments while volumes and interest in the catalogue have decreased.’

IKEA adds that the decision to stop printing the catalogue goes hand-in-hand with the company’s ongoing transformation to become more digital and accessible. in 2019, IKEA online retail sales increased by 45% worldwide, and IKEA.com welcomed more than four billion online visits. during the autumn of 2021, IKEA will celebrate the history of the catalogue with a book that will be available in stores. see all news and projects relating to the company on designboom here.