IKEA OFFERS AN EXPRESS NAP AND DELIVERS IT ALL OVER PARIS

IKEA france rolled out a fleet of 8 electric bikes towing an equipped sleeping capsule to give parisians the chance to take a power nap between 1:30pm and 6:30pm. convinced that sleep — and power naps in particular — contribute to the well-being of human beings, the optimal sleep experience invited users to test the convenience of the IKEA pods while recharging their batteries.

it is well known that a nap is highly beneficial for health and ten minutes is enough to replenish your energy. however, power naps and other micro-naps are not yet democratized in france, perhaps for the lack of dedicated office space. IKEA created the siesta parade, which in this busy period of re-entry, brings a capsule fitted out for a sleep break just out of your workplace. 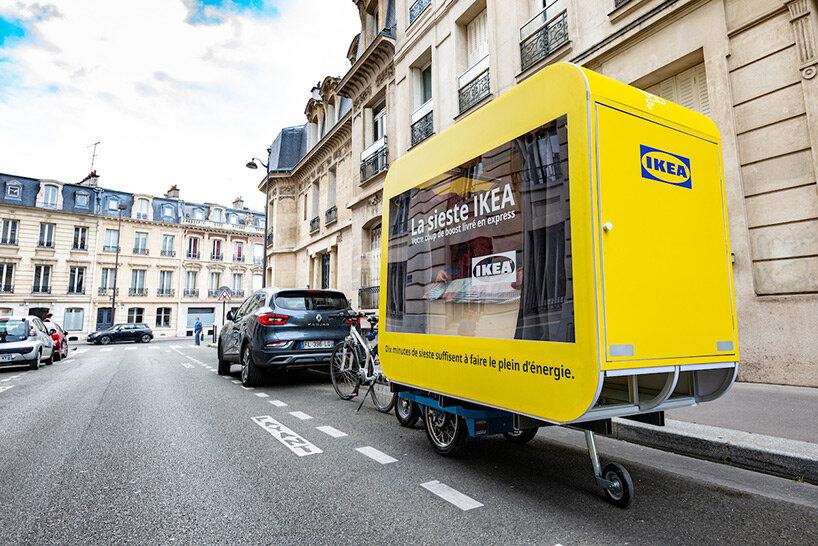 ARE YOU ALREADY MISSING YOUR SUMMER NAPS?

IKEA is convinced that sleep and naps contribute to the well-being of humans and also improve daily life. firm mattress or medium firm, light summer duvets or more thick for winter, ergonomic pillows and acoustic solutions, the company adapts to all needs and makes every effort to optimize resting moments, from long nights to short restorative naps.

the nap, short and light, gives whoever does it, a shot of energy. upon awakening, the capacities of vigilance and concentration are restored, just as mood and brain performance. for a week (august 30 to september 3), the IKEA NAP pods will be rolling around paris, with furnishings that represent the IKEA comfort in all its capacity: mattresses, cushions, duvets, plaid, and pillows. 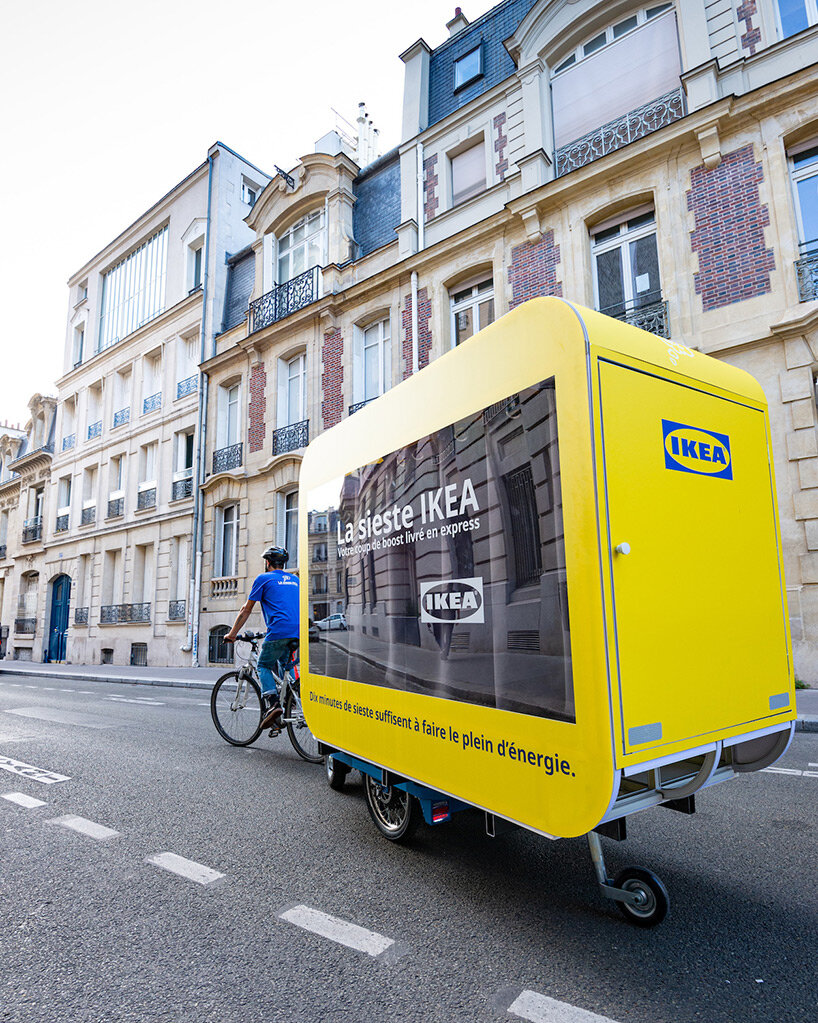 the IKEA NAP pods are equipped with mattresses, cushions, duvets, plaid, and pillows

ORDER YOUR NAP ANYWHERE IN PARIS

to sleep in the pod, users need to share a story or a tweet mentioning @IKEAfrance on instagram and IKEA_france on twitter and adding the hashtag #lasiesteIKEA. after confirmation, a cyclist will go and find the user, and give them a 30-minute ride perfect for a power nap that will boost whomever. 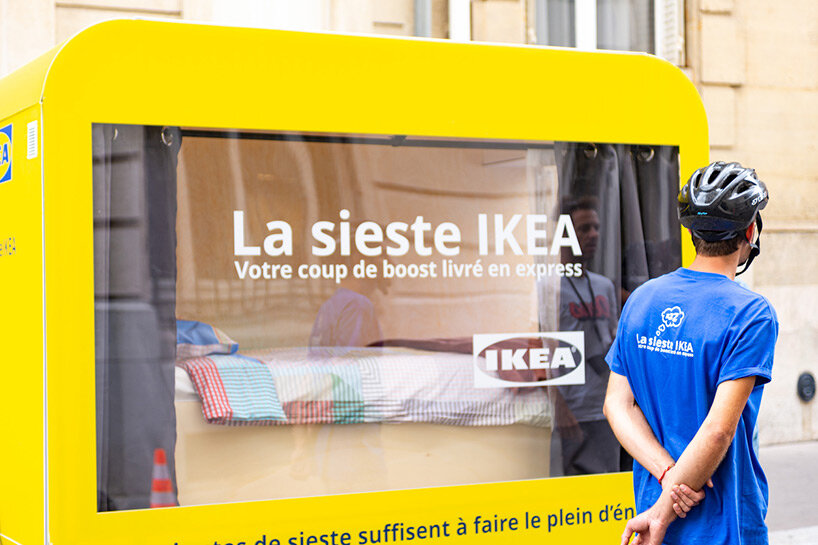 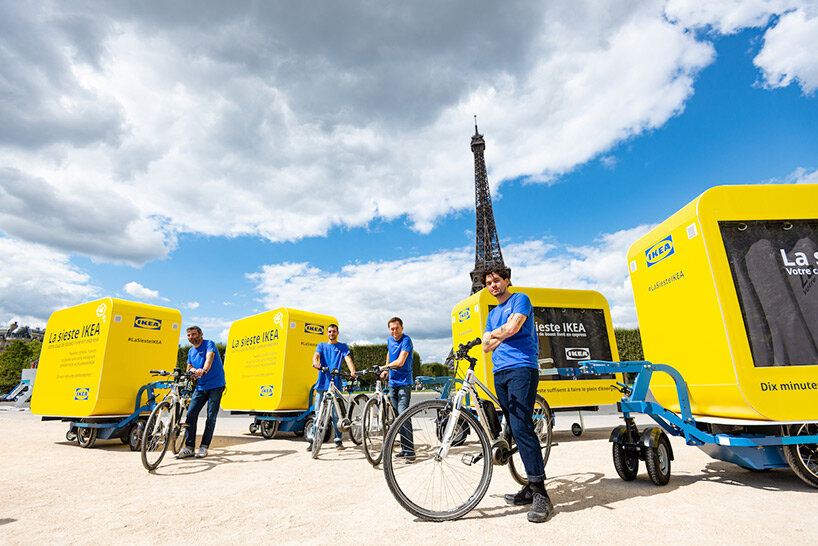 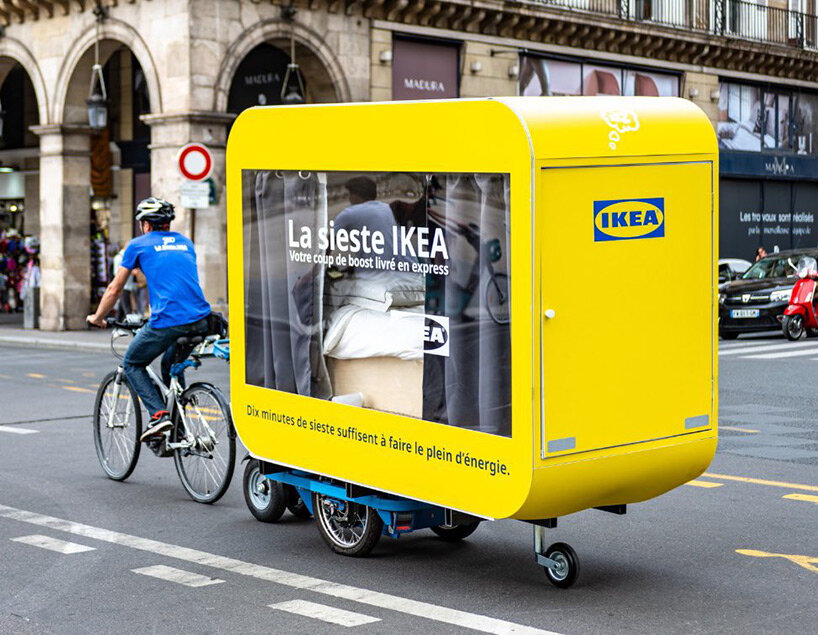 for a week (august 30 to september 3), the IKEA NAP pods will be rolling around paris