brooklyn-based software engineer akiva leffert has designed a deck of IKEA tarot cards. the playing cards promise to tell the future through a series of comic illustrations from the swedish furniture giant’s infamous flatpack instructions. 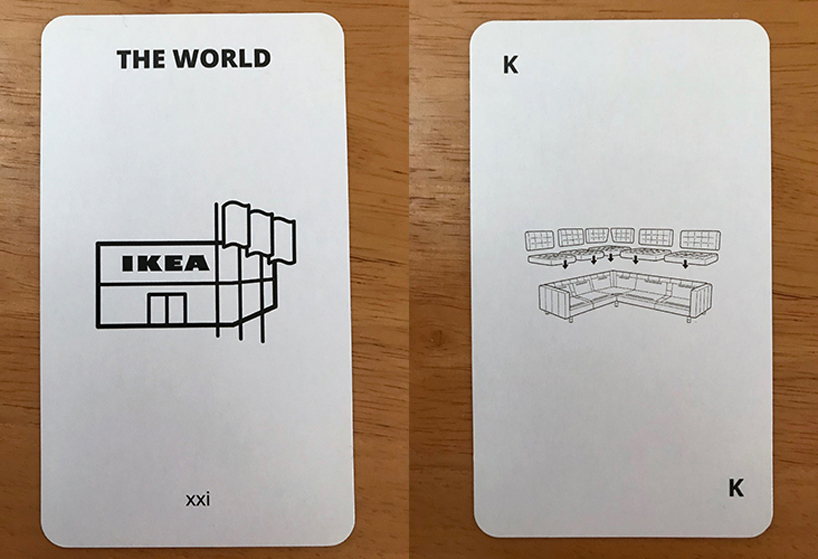 the deck contains the four suits of the minor arcana — the traditional classifications of tarot cards — but replaces wands, coins, swords and chalices with sofas, lamps, dowels, and allen keys. the ‘llovers’ card shows a happy couple who are about to embark on a flatpack project, and the ‘töwer’ card depicts a bookcase that is toppling over due to the weight of someone who is trying to climb it. 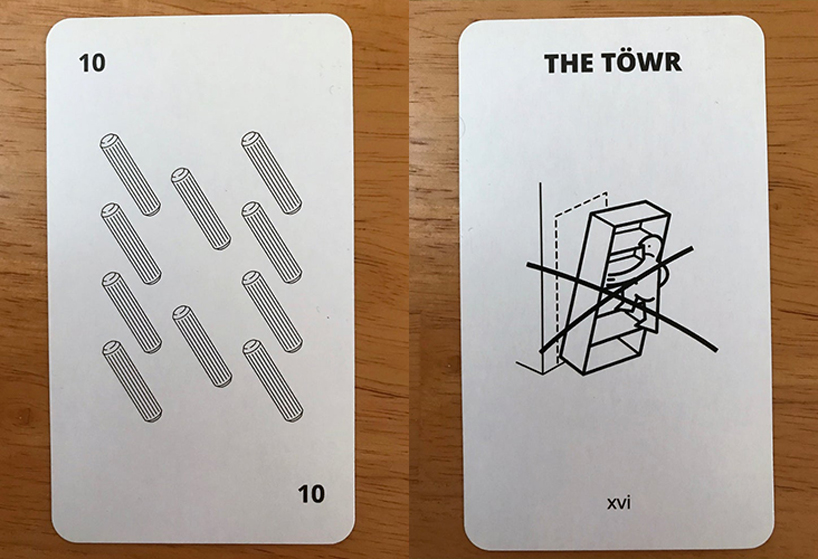 ‘IKEA is a place of transition, a journey, a source of light and comfort, but also strife…’, leffert describes. ‘harness that power to understand your own life with these cleanly-designed ikea-themed tarot cards.’ 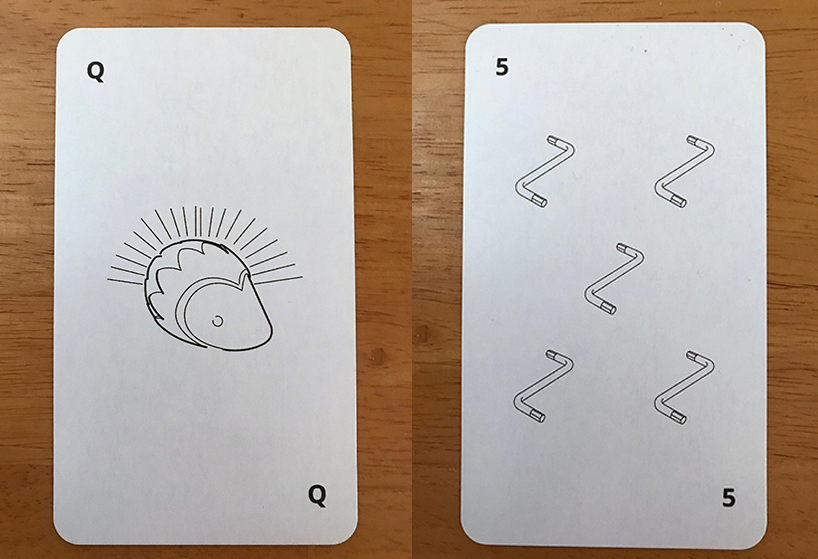 ‘IKEA contains the universe,’ he adds. ‘harness that power to understand your own life with these cleanly designed ikea themed tarot cards. they’ll go great sitting on your billy bookcase or on the table next to your malm bedframe.’ 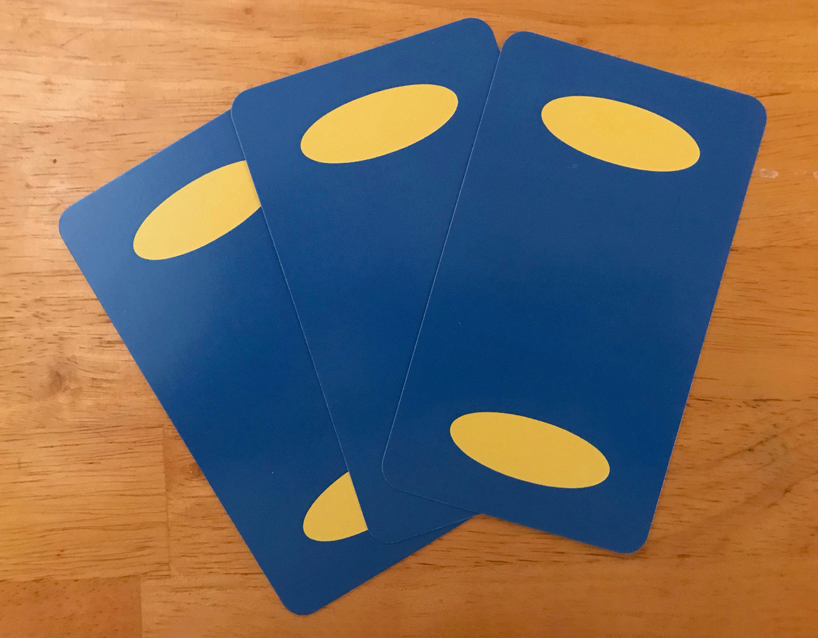 the back of each card features ikea’s company colors blue and yellow while echoing its iconic logo with the use of two ovals. leffert is selling the the handmade cards on etsy for $25USD.