as the owner of a local collision center, illinois native rick sullivan has seen his fair share of flipped-over vehicles – in fact, it was at a site of a similar crash where he first conceived the idea for his own strangely-shaped cruiser. using two pickup trucks — a 1991 ford ranger and a 1995 F-150 — sullivan has pieced together what is seemingly an upside-down automobile, with four wheels spinning autonomously in the air. sullivan and his passengers sit in the underside of a inverted truck body, while side view mirrors at the base of the road-legal vehicle add to the illusion.

in a video feature with barcroft cars, sullivan says, ‘people are amazed, it’s one of those things when you first see it, it’s hard to recognize what it is but when you take the second look then they want to pull me over and take a closer look at it.’ head over to barcroft cars to read the full story and see the making-of photos of the car’s build they’ve documented. 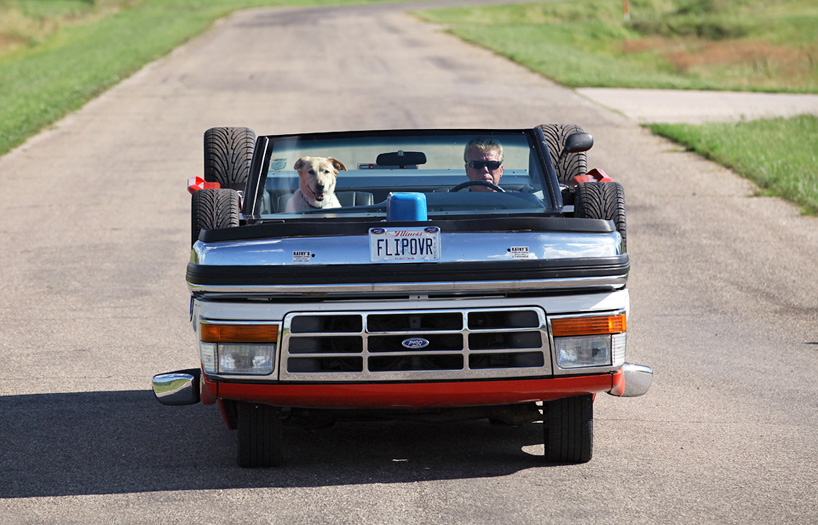 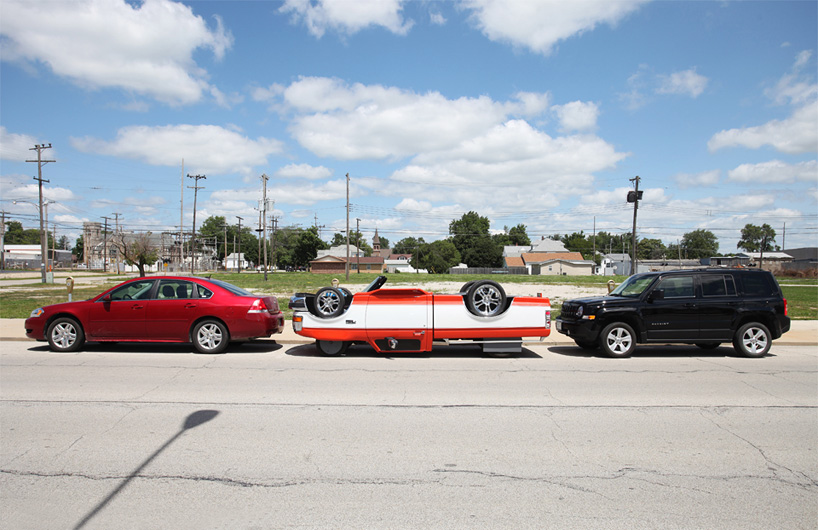 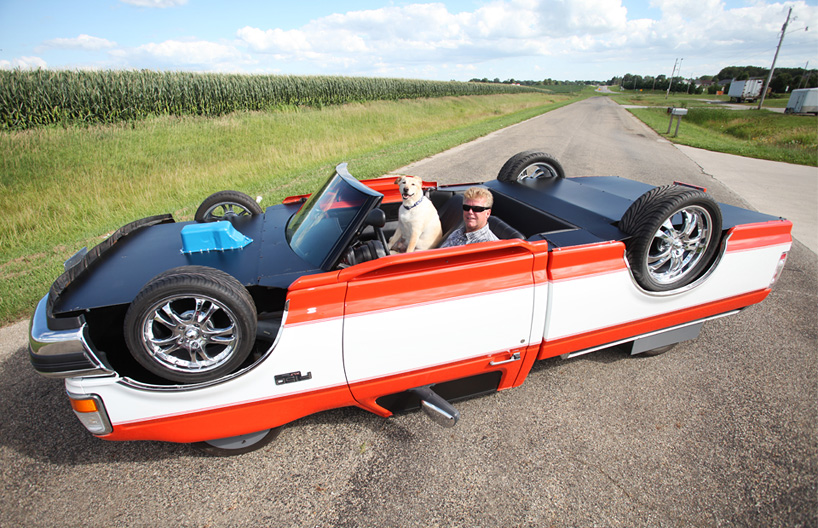