the first king of the netherlands in 122 years was inaugurated this week, and a local firm koeweiden postma provided a new monogram to

usher in an exciting new era. the series of symbols was emblazoned across 1,100 flags and banners, 500 bus shelters and billboards,

30 decorated buildings, and 140,000 paper crowns. the design is a graphic reframing of king willem alexander’s initials into a

synthesized and regal monogram that shed a previous iteration containing a crown. aside from meeting the crown-free and textless

design brief, the campaign also employed the use of a patriotic color system, opting for a red, white and blue scheme, punctuated with

the region’s characteristic bright orange, a lasting chromatic symbol of the royal house of orange-nassau. the campaign worked in

conjunction with queen’s day and the already extant ‘i amsterdam’ programming. the city was dressed in iterations of the monogram and

cloaked with the festive and regal design– with over 1000 journalists and 50 countries watching, amsterdam had never looked so colorful. 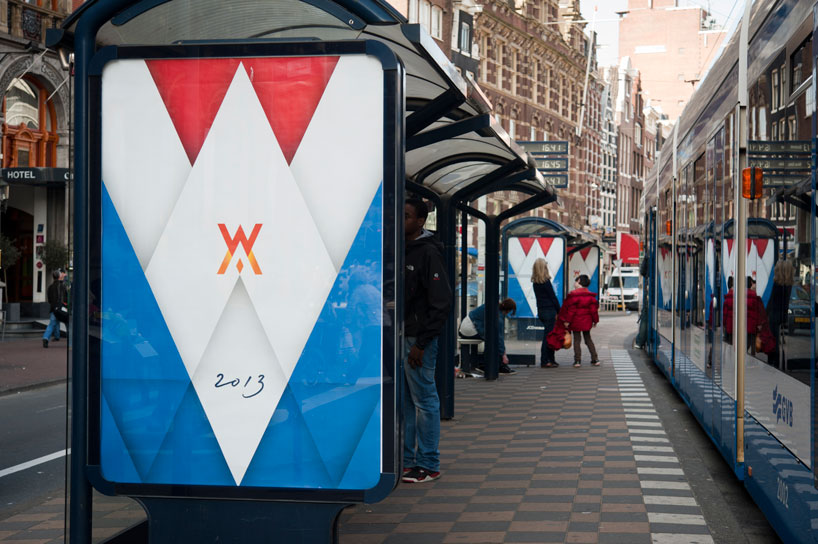 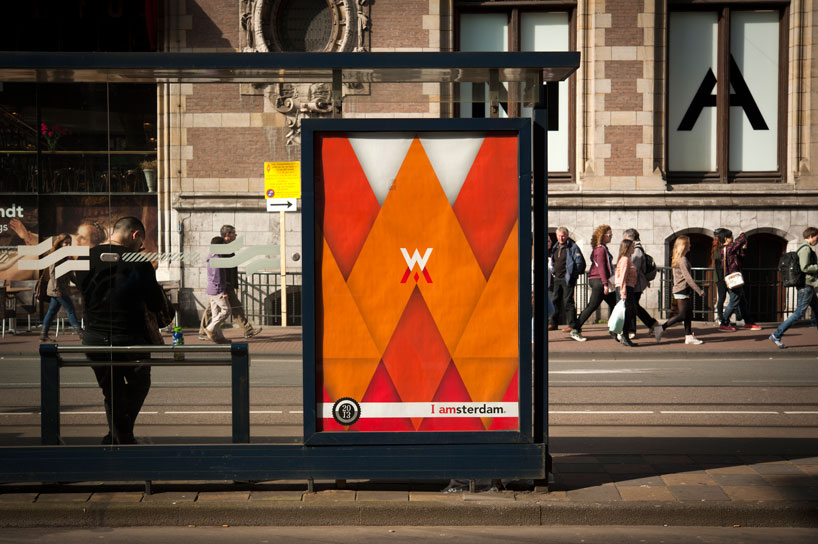 orange version of the design 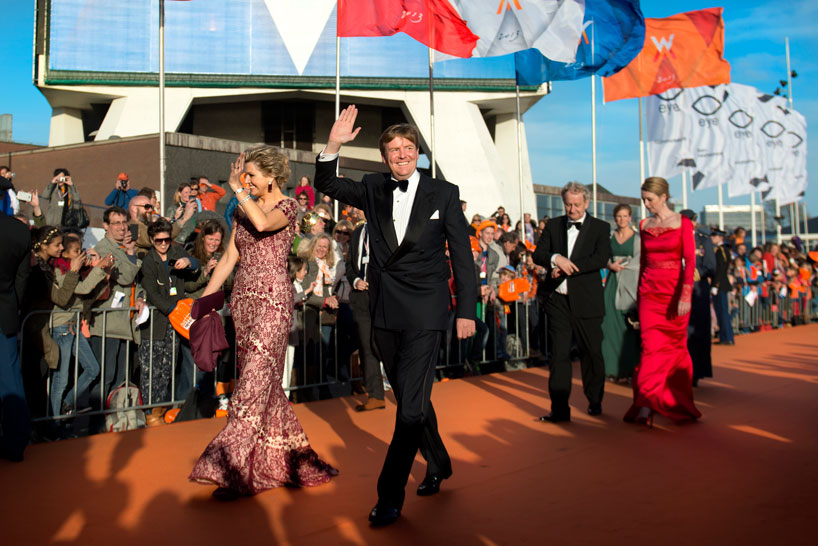 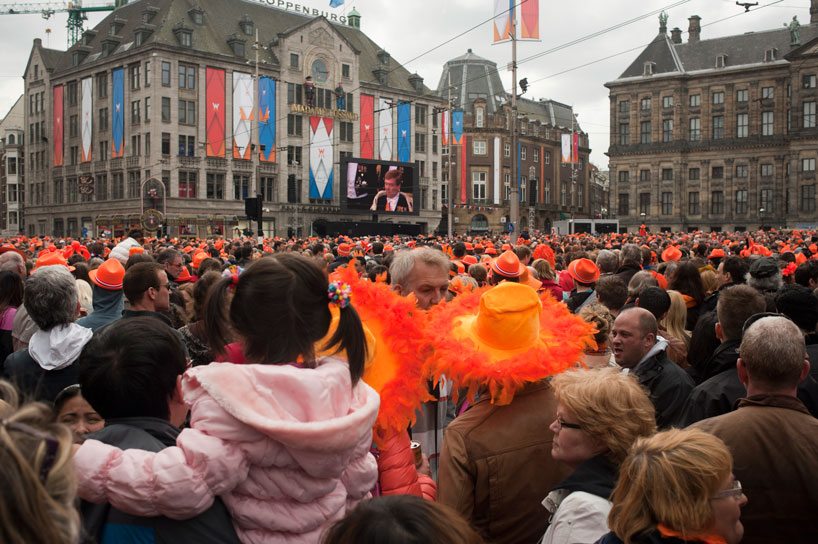 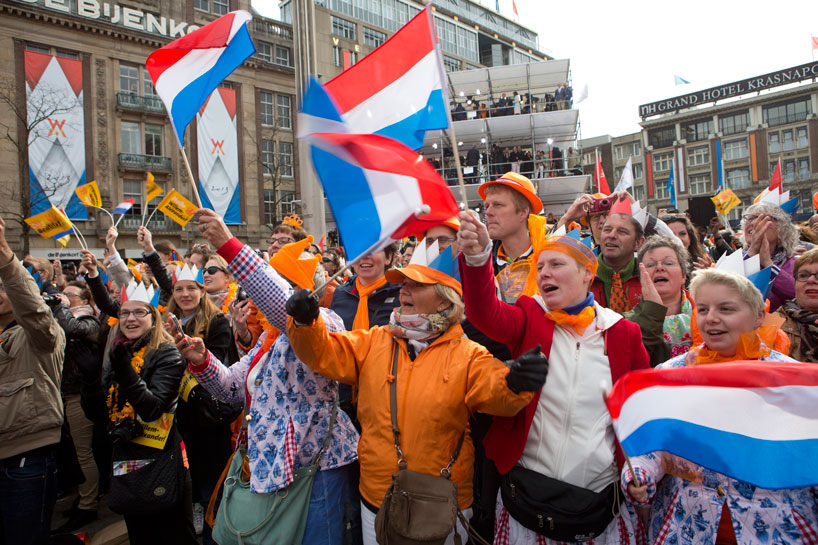 other views of dam square 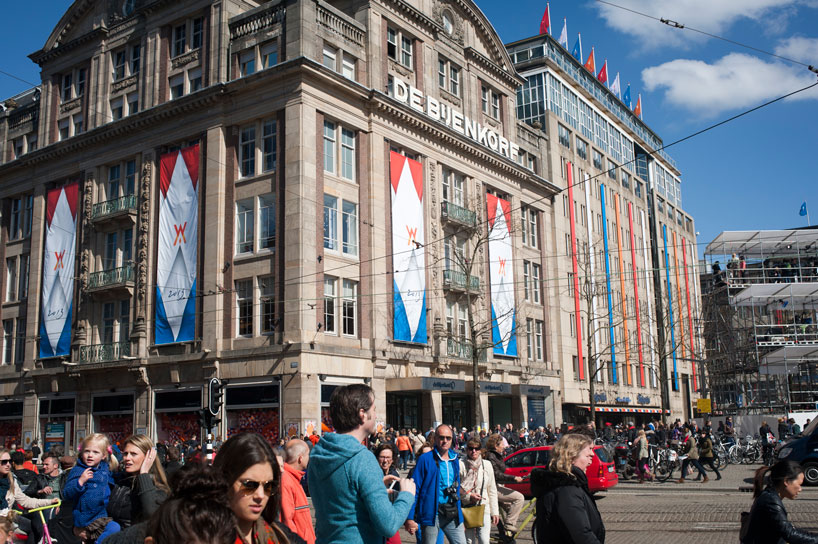 the red white and blue banners of dam square 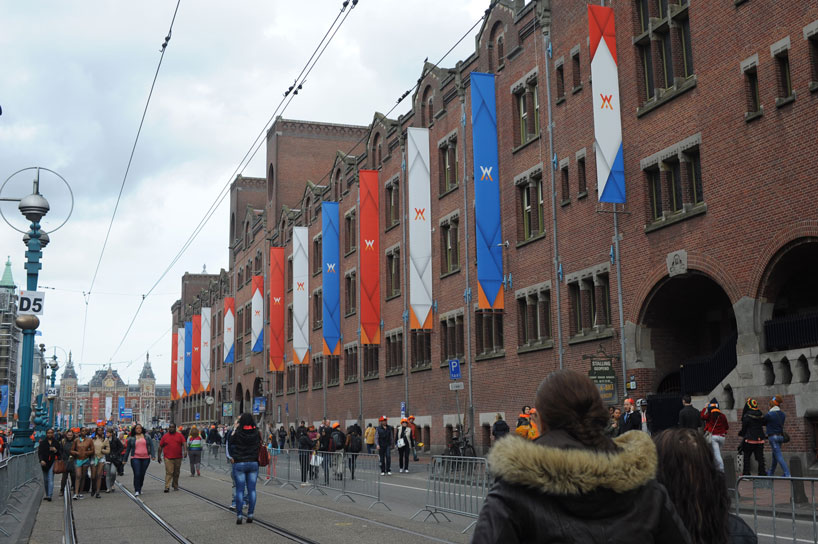 flags over central station and damrak 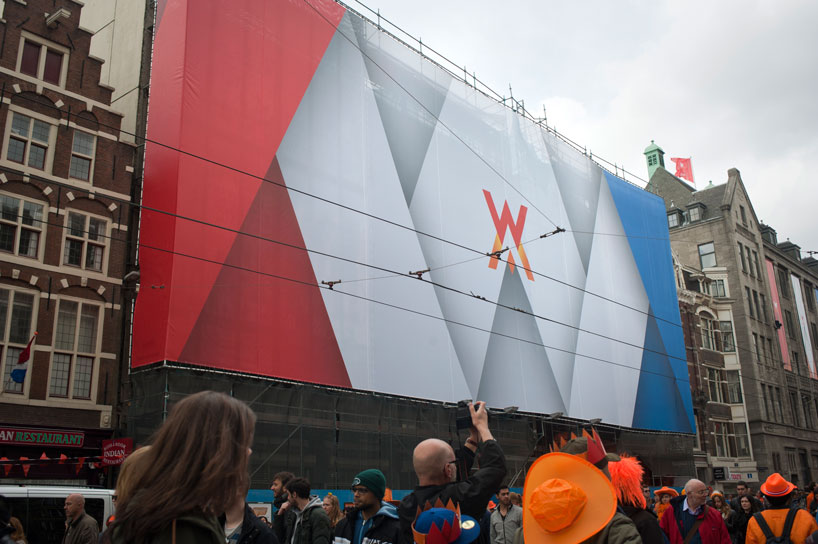 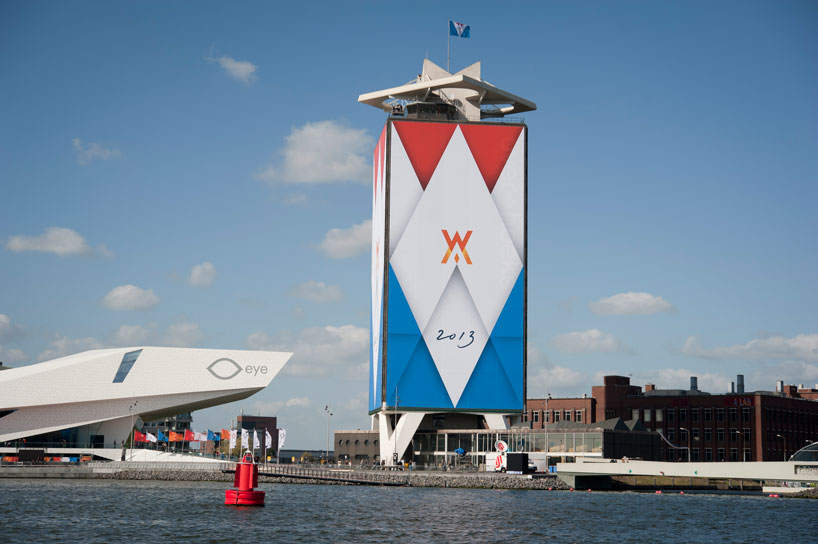 view of  the other side of the IJ-river 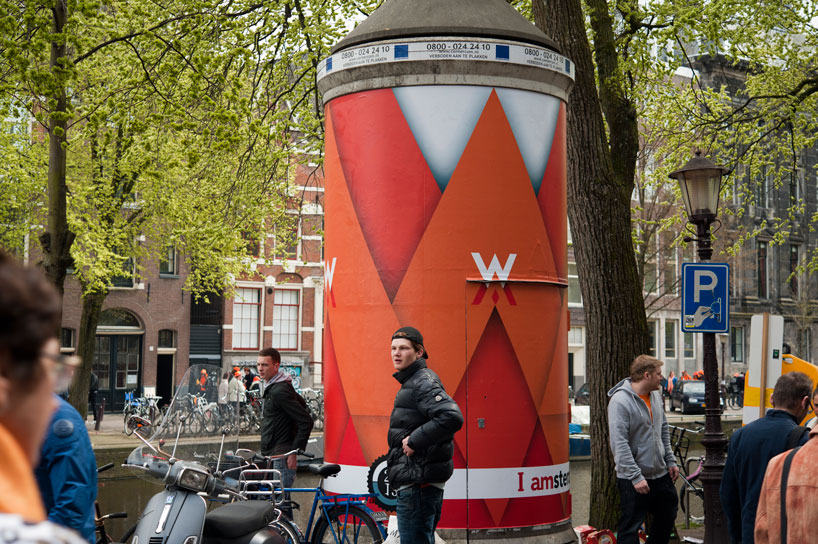 one of the orange posters clads a column 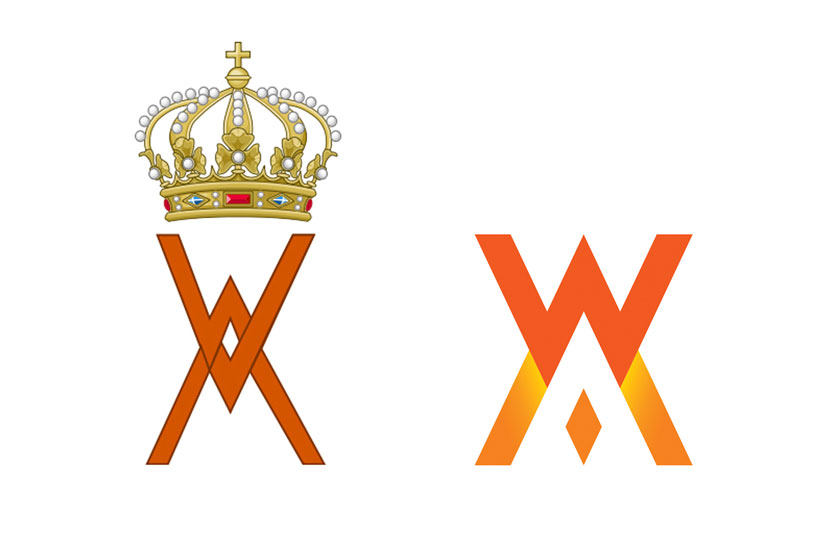