the new01bike frame: a path to mass-customization

At Palazzo Bandello, on the occasion of Milan Design Week 2022, INDEXLAB and GIMAC-EXGINEERING have unveiled New01bike, a 3D-printed frame for custom bicycles. The shimmering grey prototype is the first of its kind, made of 100% recycled polycarbonate through the process of conformal RAM (Robotic Additive Molding).

‘Custom ergonomic bikes are not only costly and slow to manufacture but also very difficult to mass-produce since they are tailored for particular needs and usages. On the other hand, mass-serialized bikes are seldom so versatile that they accommodate different user body proportions and measures, as they are made for the ‘standard user’. New01bike was created to fill this gap, make a custom bike affordable, fast, and easy to mass-produce and recycle,’ explains INDEXLAB. 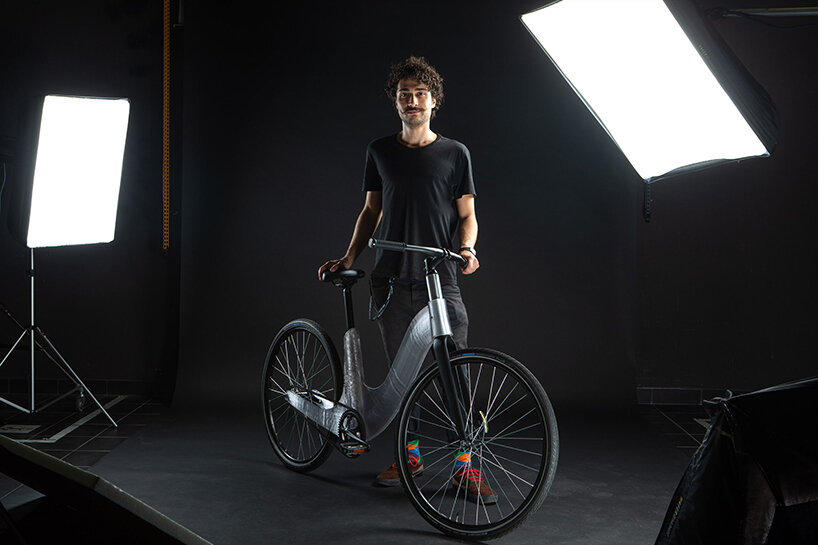 The New01bike frame was designed by Francisco Martins Carabetta of INDEXLAB (see more here), a leading Italian design and innovation research lab, and manufactured by GIMAC-EXGINEERING (see more here), specialized in plastics microextrusions and robotic additive molding (RAM). By joining forces, the team managed to create the first working prototype in about eight hours — from printing and milling to assembling.

Adopting additive manufacturing techniques leads to an essentially transparent frame, weighing about eight kilograms and crafted out of what once could have been safety glasses, CDs, and DVDs. The final shape was also developed in conjunction with Federico Bordoni, a research fellow at INDEXLAB and algorithmic developer of the project. 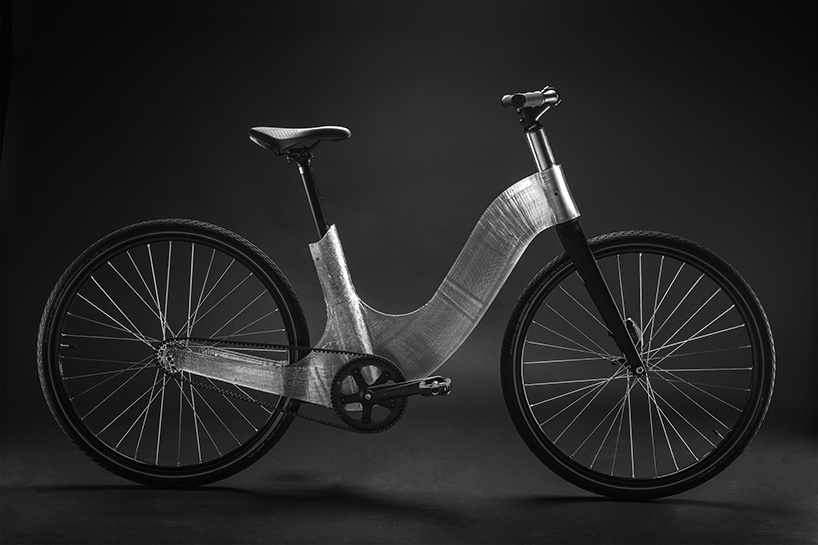 the New01bike frame prototype was built in about eight hours

‘It is precisely this dedicated algorithm that, through parametrization, further enables the scaling of the project to produce a holistic ‘design for all’ product, allowing control of every detail, movement, and aspect of the 3D printing and milling processes, to tailor the bike to every possible user; in other words, to skew off from mass serialization and embrace mass customization,’ continues the lab. 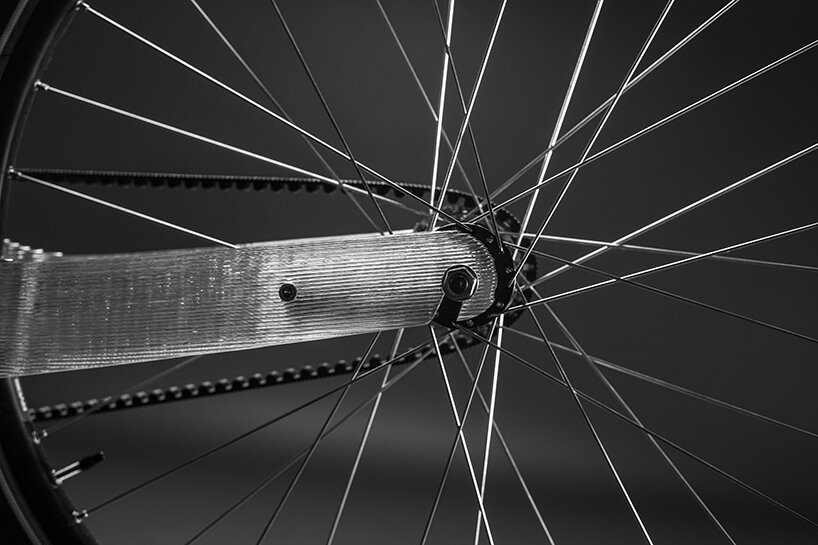 Morever, merging rapid prototyping with data-driven processes eliminates the need to create a mold for every new bike frame, therefore optimizing production by saving time and money. In this case, GIMAC used two six-axis robots, one for 3D printing and another for milling the necessary attachments into the frame for the bottom bracket and rear wheel, and support parts.

The team used conformal RAM (robotic additive molding) to print the New01bike frame on top of a 3D surface/object, resulting in a uniquely curved profile and better sheer strength than that provided by a three-axis machine. 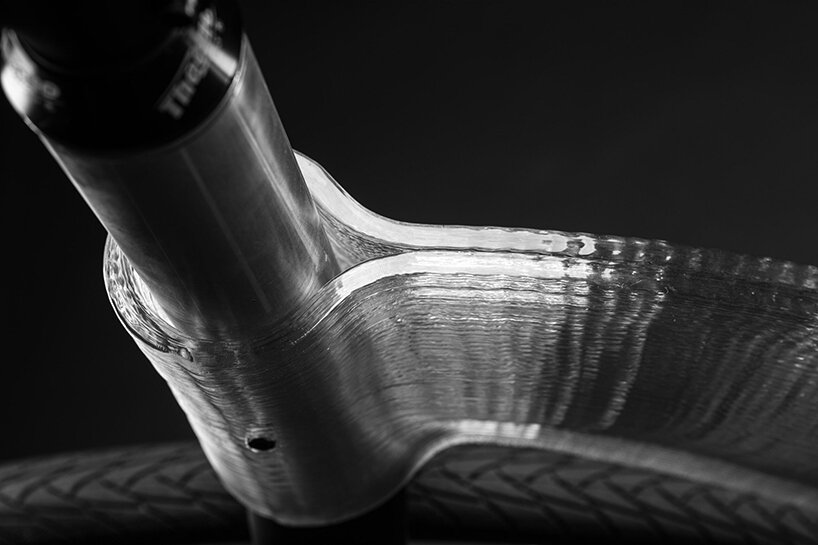 Through this project, ‘the objective will be to create a local circular system of recycling and manufacturing, achieving an organized approach that promotes sustainable materials and new production methods to build products without sacrificing functionality,‘ concludes INDEXLAB. 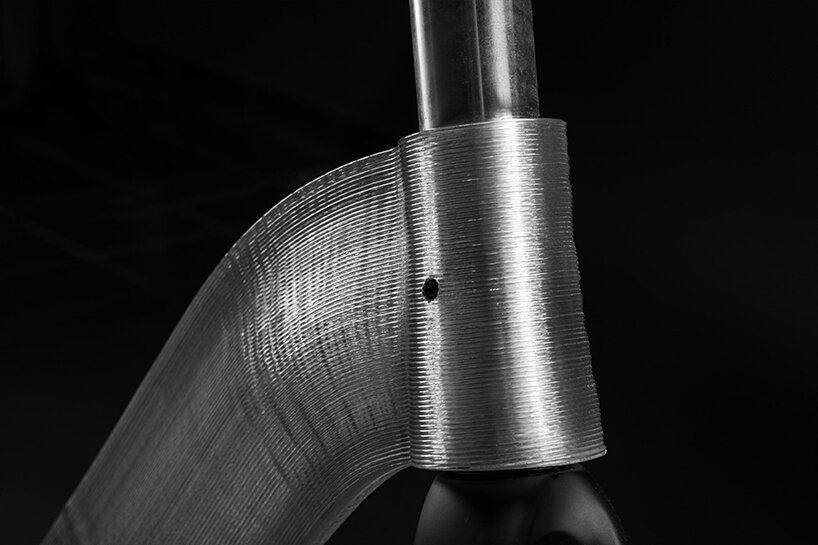 close up shot of the shimmering, metallic grey prototype 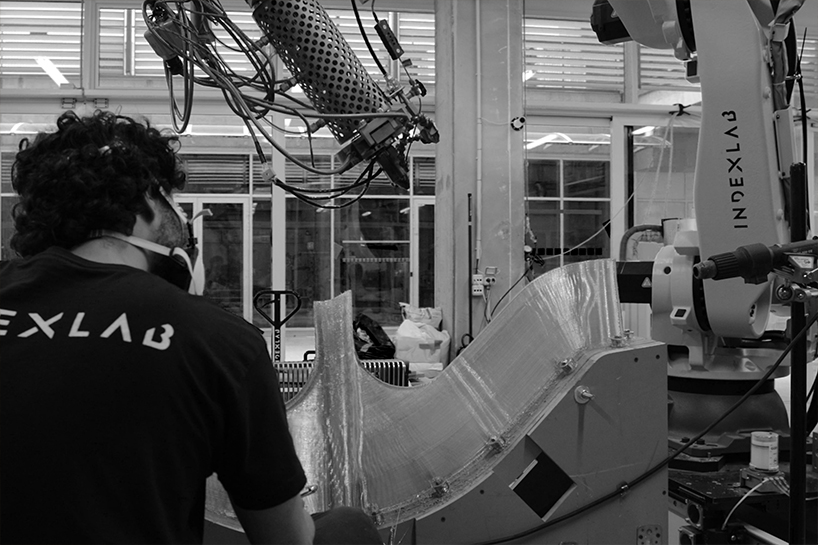 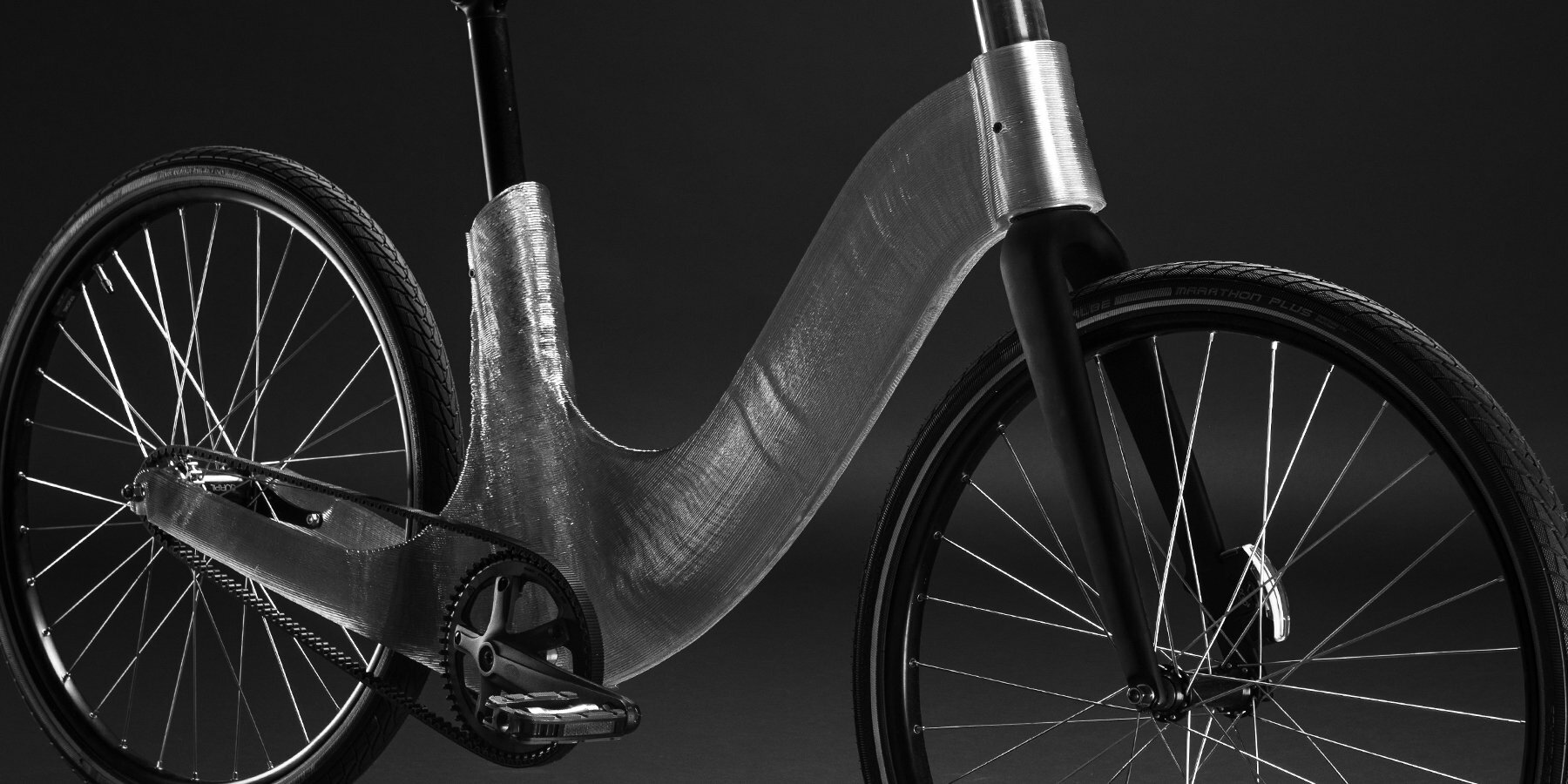