at 109th street and amsterdam avenue in manhattan, new york based architect john locke of the department of urban betterment, in collaboration with joaquin reyes, has realized — following a kickstarter campaign previously featured on designboom — ‘inflato dumpster’, an blow-up classroom installed inside of a dumpster. the urban project includes 165 square feet of enclosed space, canvassed with an inflatable membrane made by TW2M fabrication from a combination of two lightweight materials: clear polyethylene — an inexpensive, common and biodegradable plastic material that allows views both from and out to the street, and mylar — used in both emergency hiking blankets and spacecraft. 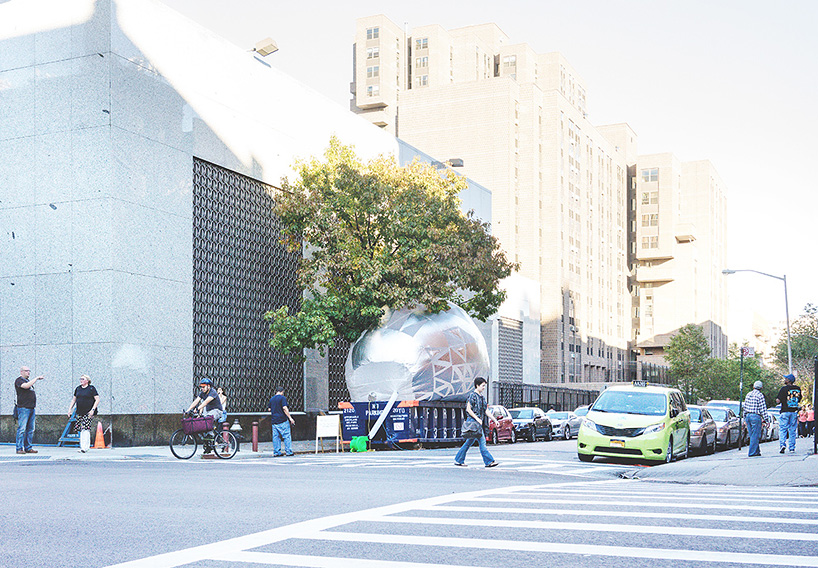 the contemporary fascination with transforming existing street structures into utilitarian spaces for habitation led the team to explore the invisible lightness of the inflatable material in relationship to the hard steel of the dumpster. this juxtaposition of heavy/light and old/new became a key hot-air-balloon-like diagram of the solid base paired with the weightless membrane. 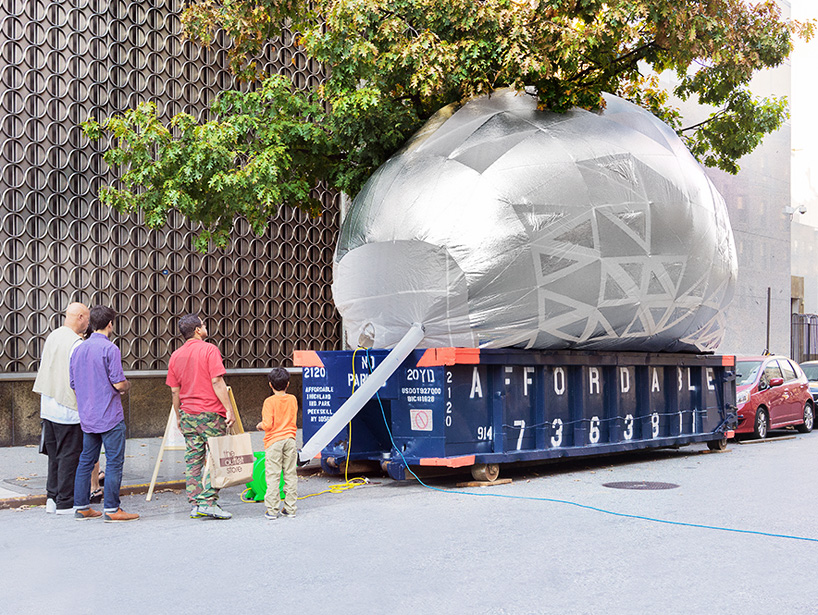 workshops, documentary screenings and musical performances take place for free with the publicly accessible volume. while the presented films comprise a series of challenging documentaries about authenticity, music and living in the city, viewers and audience members additionally took away the notion that a theater can go beyond the boundaries of a cinema, and can be a valid means of projection and expression. 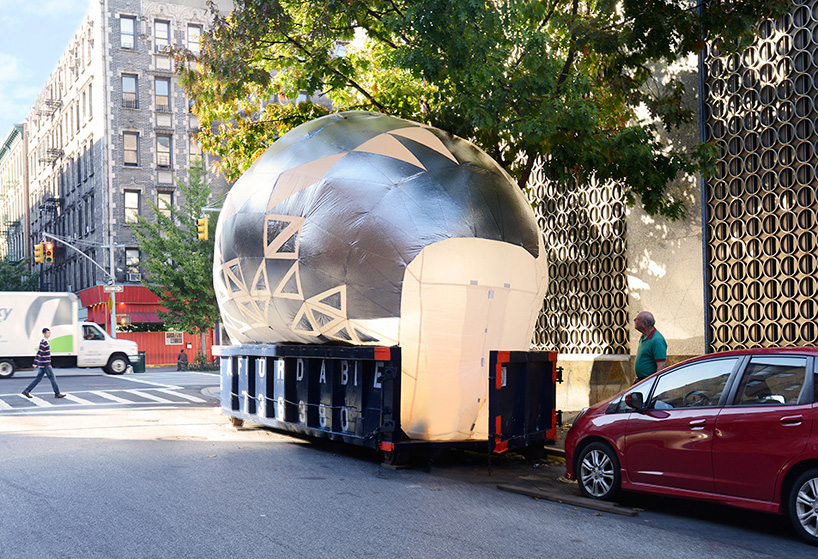 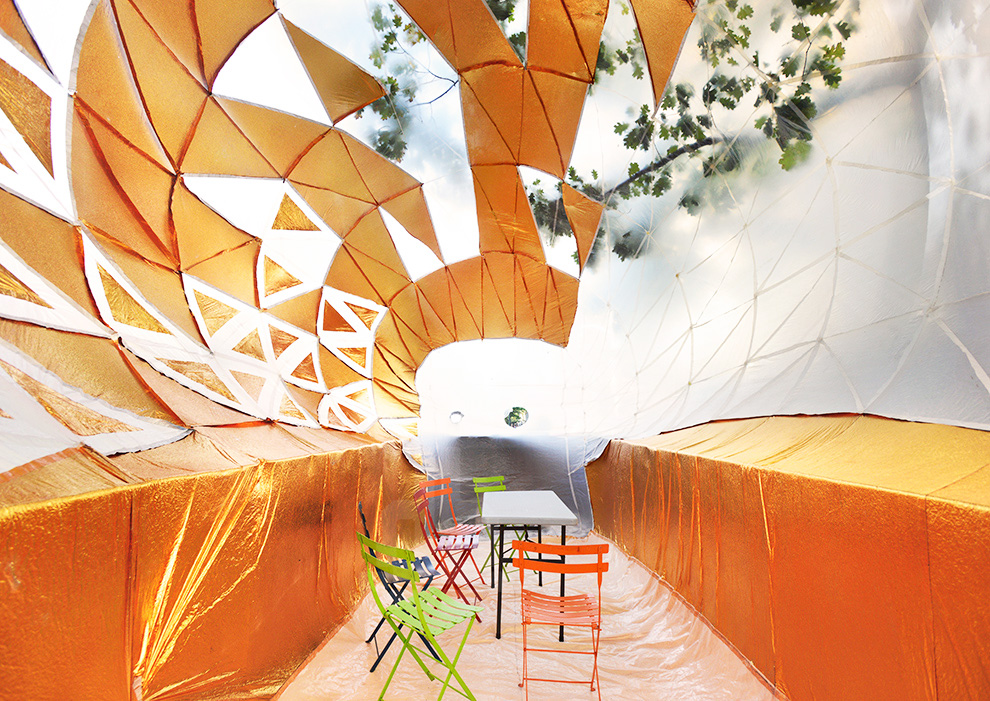 a gold interior illuminates the space 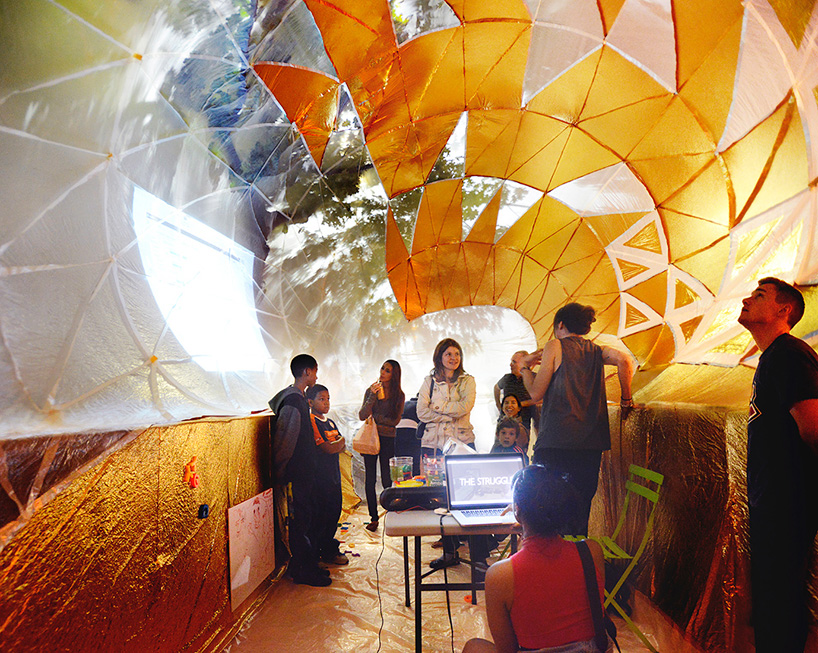 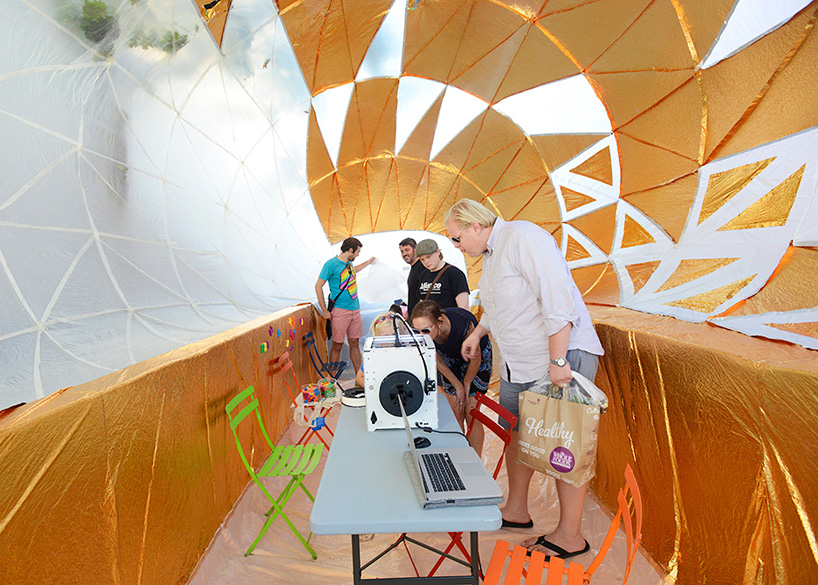 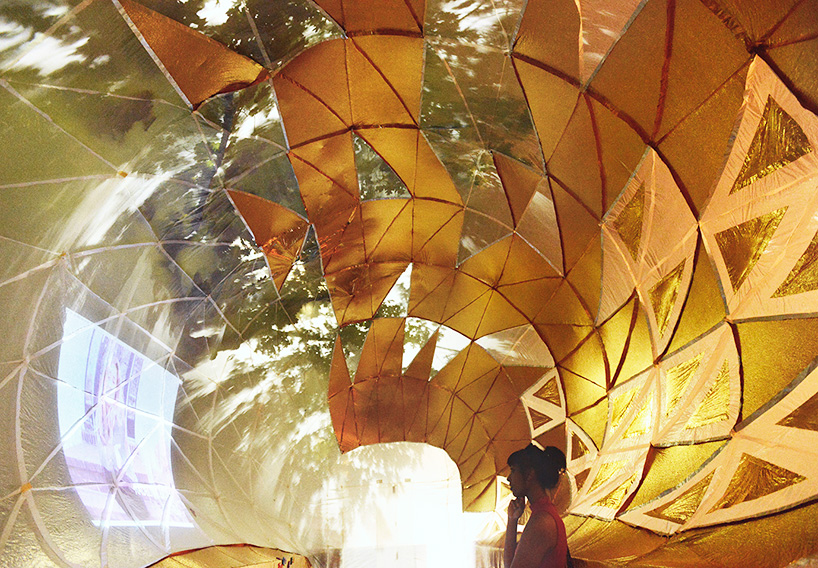 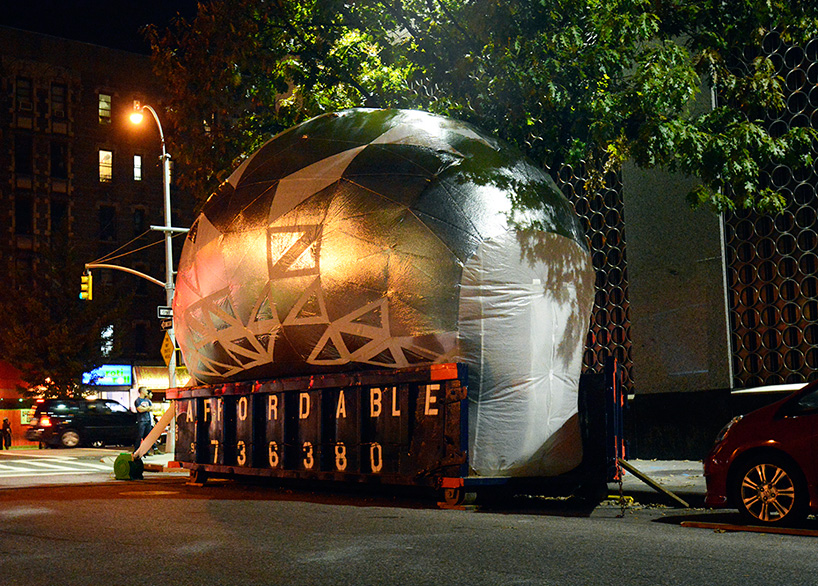 73% of project cost was from crowdsourced funding, while the remaining 27% was self-initiated by the department of urban betterment