x-chopper is a collaborative project by inon rettig, boaz mendel and arthur brutter from jerusalem, israel. completed as part of their third year studies at bezalel academy of arts and design, the concept behind x-chopper is based on their childhood memories of flying.

‘back then, before flight simulators and video games, all we needed to do to fly was spread our hands out wide, close our eyes and run around the house imagining we were in a plane gliding high above‘- IR, BM and AB 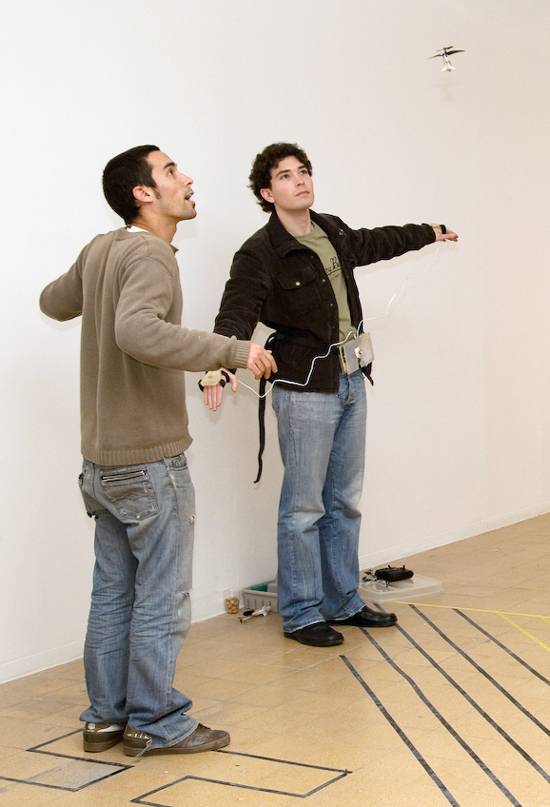 thinking of ways to translate these childhood dreams of flight into an interactive project, they decided to alter the joystick of a toy helicopter so that it could instead be controlled through the motion of spreading one’s hands and ‘flying’. 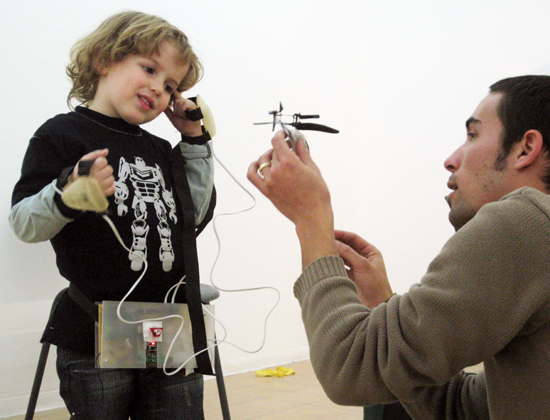 in the production of ‘ex-chopper’, the movement of the joystick is translated into an accelerometer using a simple algorithm. for instance, two hands down translates to an off command, while two hands up indicates full power. there are six mid positions between off and full power. the accelerometers are implanted within special gloves. the ‘brain’ of the controls is strapped around the waste. 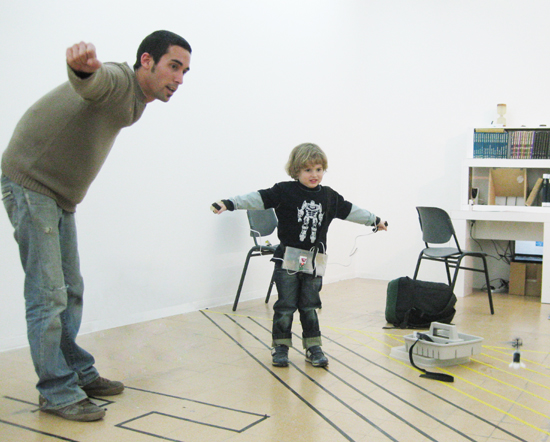