a photographer hailing from hong kong has designed a fully-functioning camera from LEGO bricks that can instantly print photos at the click of a button. built from scratch, the device makes use of two refitted camera components — twin-lenses from a vintage japanese yashica model, and an ejection mechanism modified from a fuji instax mini camera. ‘it is an astounding and magical moment to witness an instant picture popping out from the LEGO camera,’ the photographer says, ‘not to mention the suspense of seeing the image emerge slowly.’ 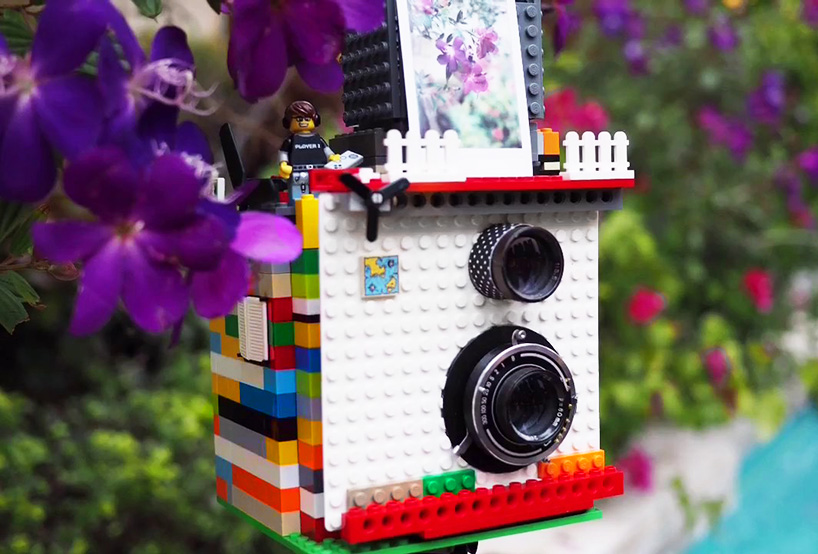 all images courtesy of instax magic

the hong kong-based photographer, who blogs about his work under the name instax magic, experimented with the idea of building such a device after he saw his neighbor throwing away some boxes of the toy bricks. ‘I started to think about the possibility of modifying a camera with LEGO,’ he says. ‘my impression is that there is always some creative way to use LEGO. weeks later, I ordered lots of LEGO, and  it took me a night of experimentation to come up with an initial skeleton design.’ 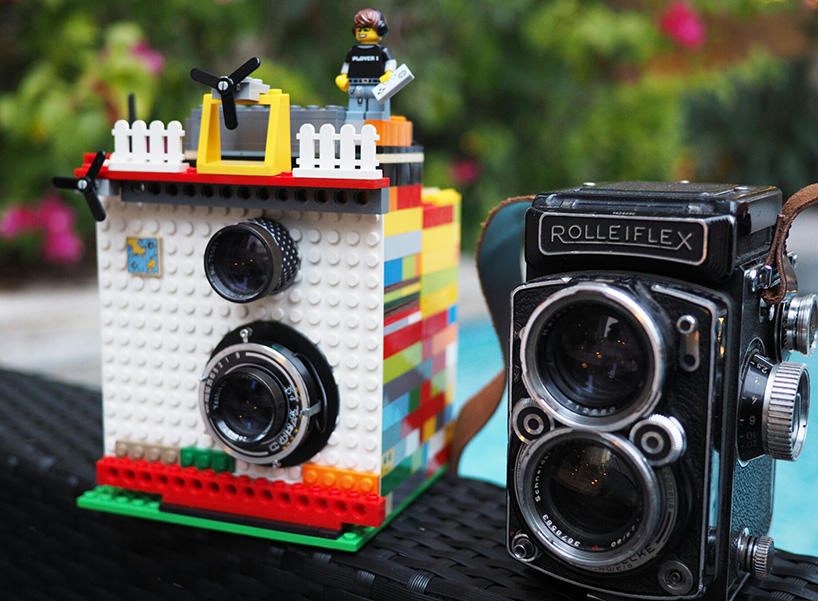 the device makes use of two refitted camera components

the modification of a yashica 80mm F3.5 and a fuji instax mini camera with LEGO pieces results in a truly unique device that prints photos instantly and looks like an oversized brick box. a preview screen on the top allows users to compose the photo, just like they would in a digital camera. a shutter button in the front of the camera snaps the picture, while a secret LEGO ‘door’ on the side of the device hides an ejection button. pressing this makes the instant film surprisingly pop out from the top of the camera. ‘you can then enjoy the magical moment of watching an image emerge from the film.’ 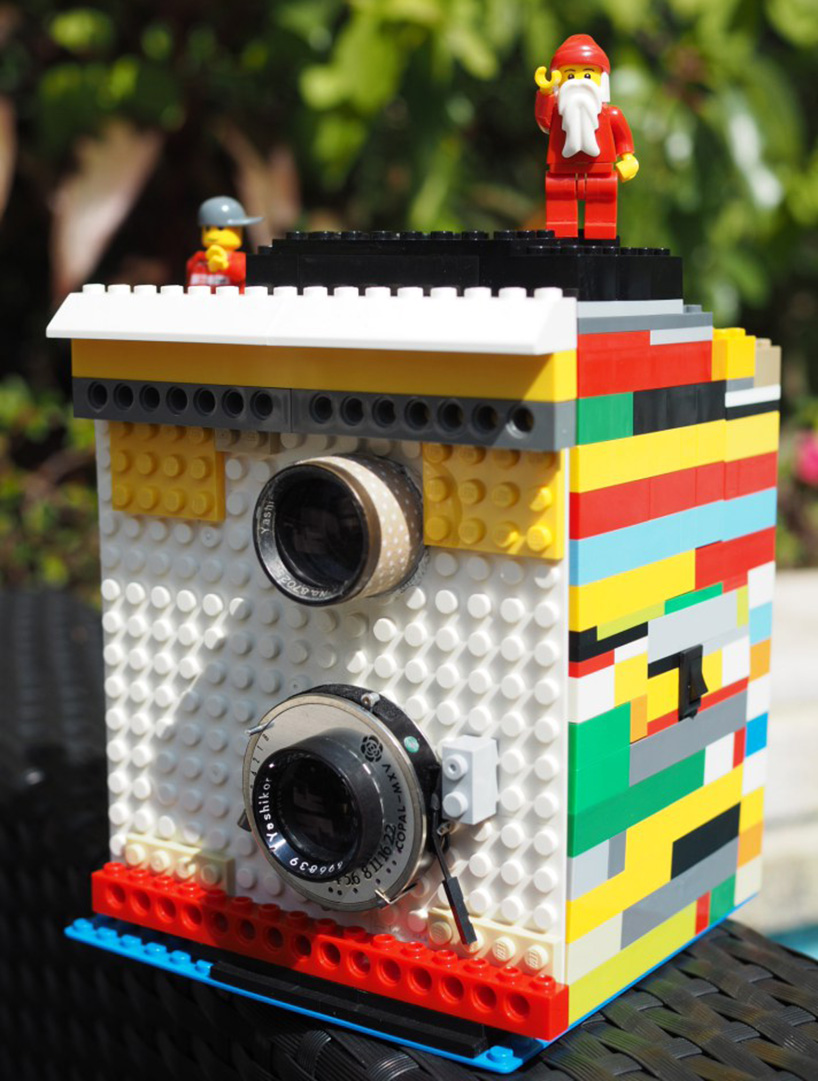 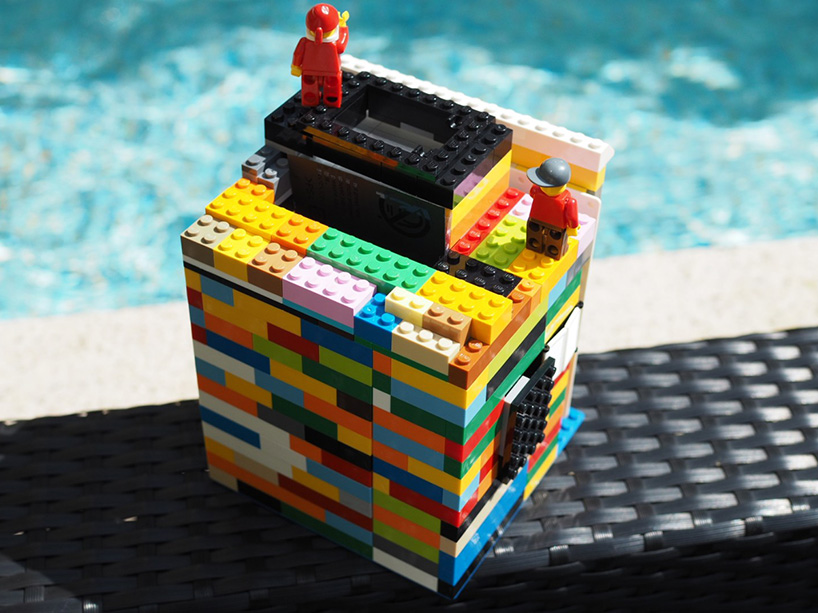 the modified unit includes components from a yashica 80mm F3.5 and a fuji instax mini camera 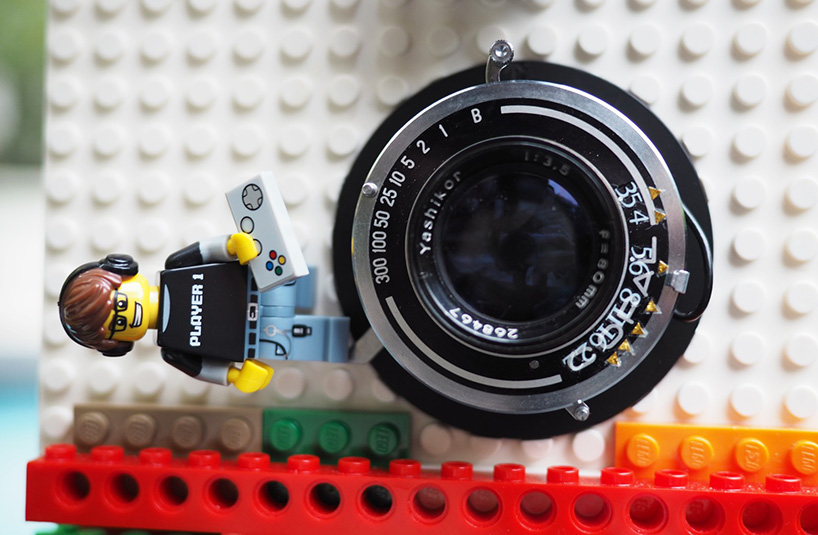 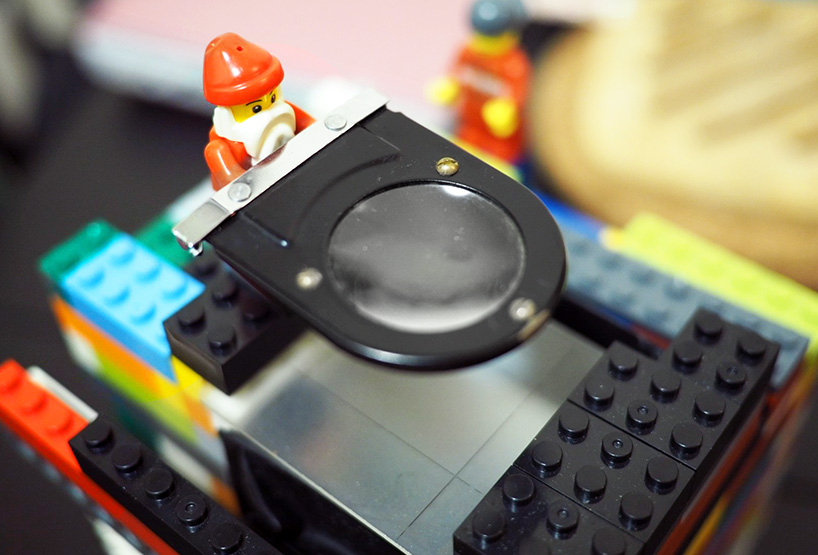 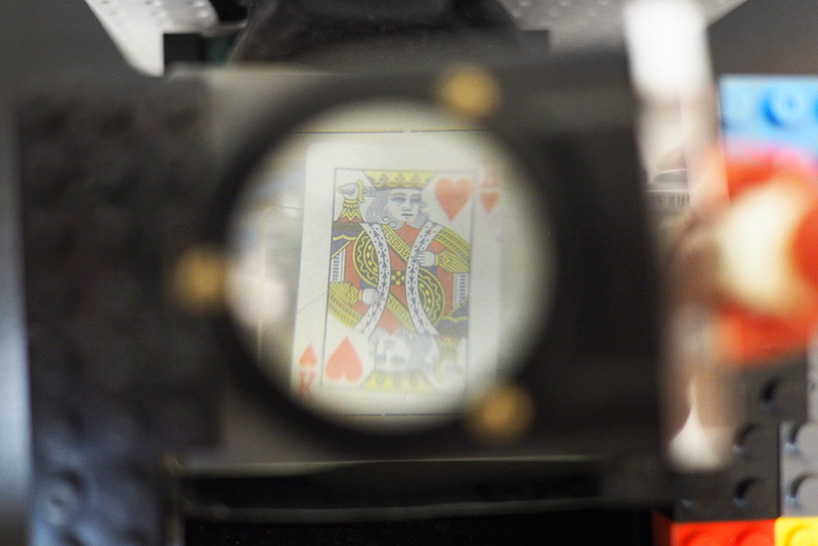 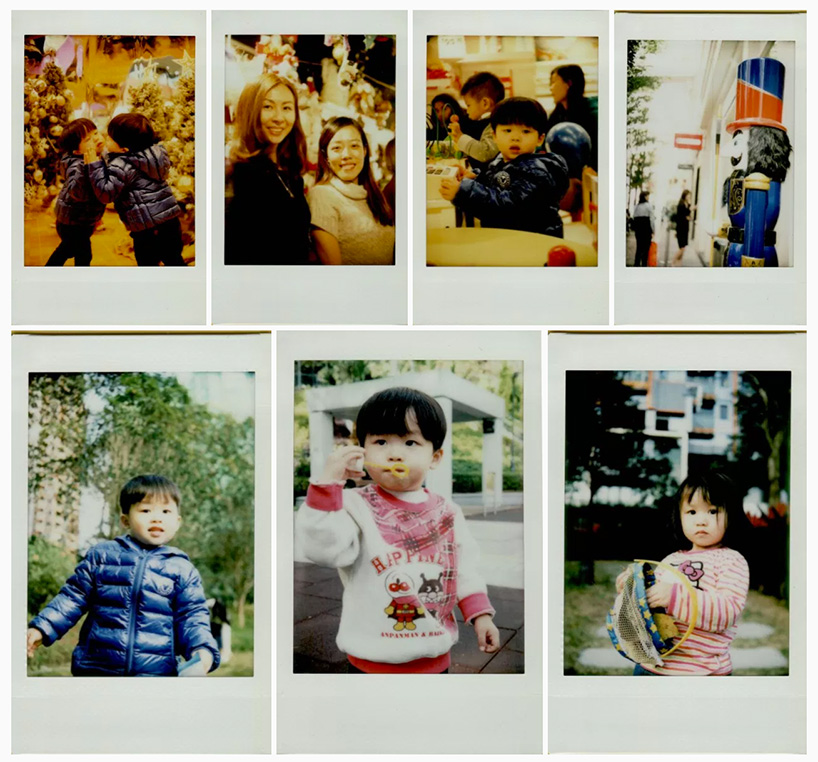 some results from the LEGO instant camera tests