gideon amichay is the founder & chief creative officer of no, no, no, no, no, yes, a creative boutique, focused on innovation in communication, based in new york city.

DB: please can you tell about your background and what lead you to the job you have today?
GA: I stared as a cartoonist and a writer. my first cartoon was published when I was fourteen. at fifteen I became the sports cartoonist for ma’ariv, which was one of the two leading newspapers in the israel. I loved sports so it was a perfect combination. there were several cartoonists who influenced me, but most of all I admired saul steinberg because of his sophisticated thinking.

when I was twenty-two I went to bezalel art and design academy in jerusalem where I studied design (there was no class for cartooning). in 1989 I was sent on an exchange student program to the school of visual arts in new york where I was taught by paul peter porges and the great guy billout who, for me, is probably the cleverest illustrator I know of. both definitely had a big influence on me.

of course, the dream of every young cartoonist is to be published in the new yorker. so I submitted sketches almost every week while I was in new york. in 1995, (yes – almost five years later), the new yorker published two of them. 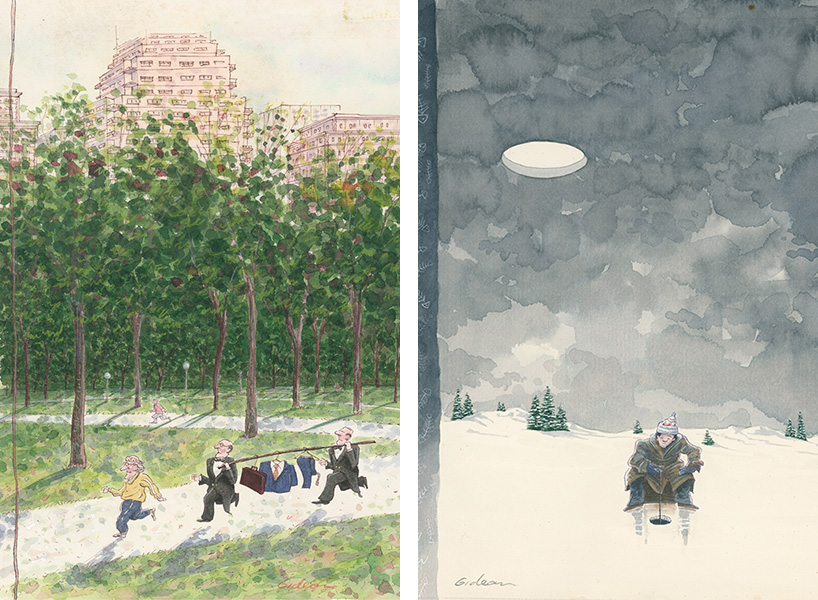 DB: how did you get into advertising?
GA: it’s funny – the only course in bezalel that I didn’t take was advertising because I thought advertising was too commercial for me. I came from journalism which was totally the opposite of advertising.

however, when I lived in new york I found myself collecting print ads…lots of them. and I collected all of the absolut vodka campaign ads because I really admired them. I wound up writing an article for a major business paper in israel about how genius the absolut ad campaign was and was offered a job as a creative director at grey advertising in tel aviv. that was how my career in advertising began.

after four years at grey I joined rami shalmor and shlomi avnon as a creative partner of shalmor avnon amichay. we became one of the 3 biggest agencies in israel, with 180 people on staff. we won honors recognition all over the world including 19 lions at cannes, and 9 clios, amongst many others.

that is when I first began to think about how important ‘no’s’ are to creativity and innovation. studying historical examples there it was clear that the biggest innovations always start with a ‘no’, and I could see that there was a clear link between doing something new and being told ‘no’. this wound up being the topic of my book published in israel, no, no, no, no, no, yes: insights from a creative journey, the TEDx talk of the same and the recently published english version of the book.

branding ‘air time’ and advertising for israel radio
by shalmor avnon amichay Y&R
this campaign ran over 18 years with more than 100 tv commercials that emphasize why it is better to advertise on radio; winner of many awards including gold effie, campaign of the year in israel (twice) and the new york festivals grand prix.

I also teach innovation in advertising at SVA. I was lucky to have some of the best teachers and mentors in the business when I was young. now, it is my duty to teach the young generation and share all I’ve learned. 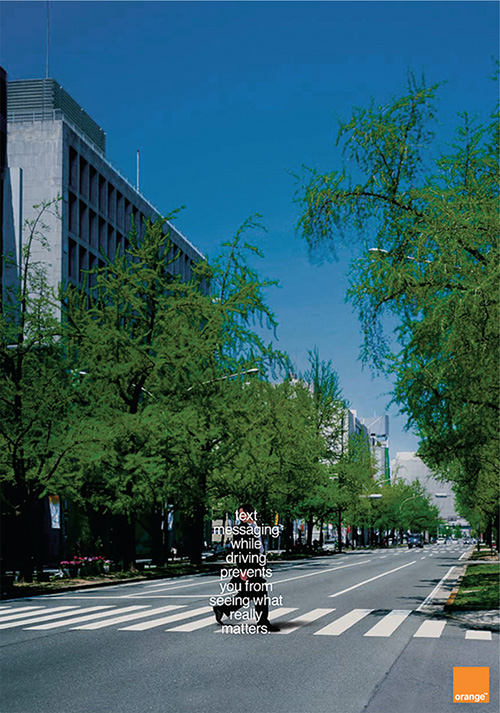 DB: what would you say is your strongest skill and why?
GA: my strongest skill is probably storytelling. regardless of what medium I have worked in – journalism, cartooning, graphic design, advertising, books or talks – I’m always telling a story. I think it’s because people engage with stories more than they relate to anything else. stories make their imagination work. they remember stories better than they recall anything else. so I think if you want to reach someone a story is the best way to do it. 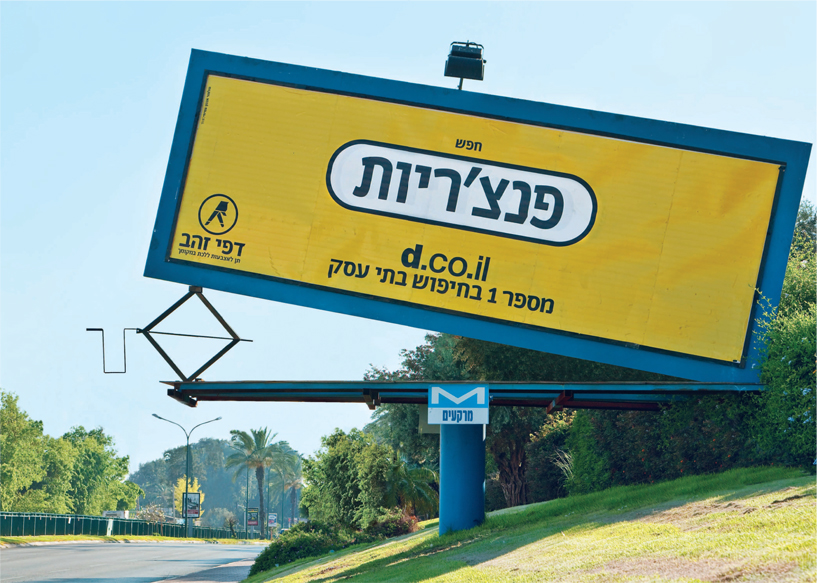 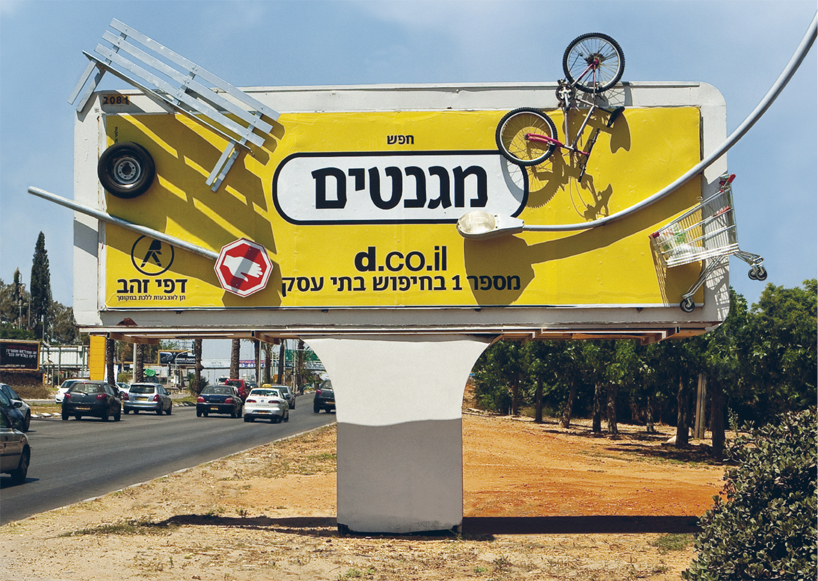 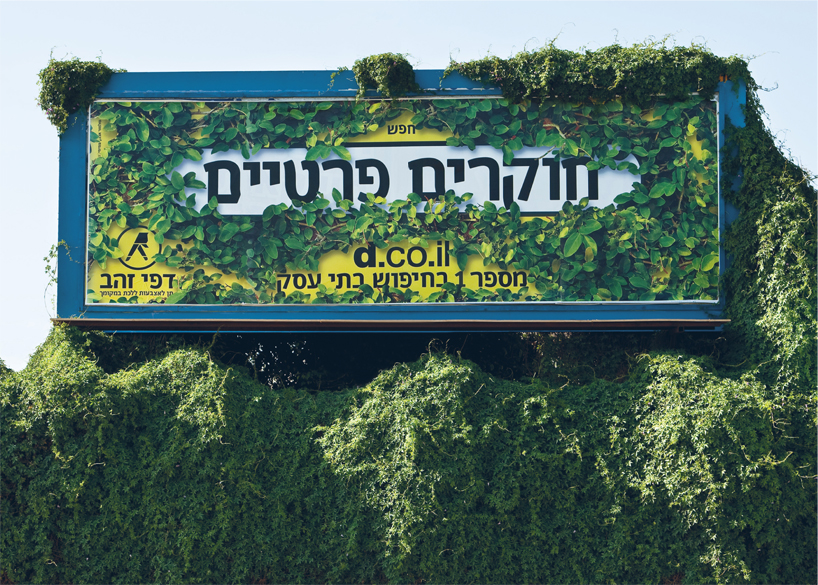 DB: which project has given you the most personal satisfaction thus far?
GA: the books and TEDx talk on seeing ‘no’ as a central ingredient to success have given me a lot of satisfaction.

this is especially true for the TEDx talk. first, because it was hard and something I didn’t know how to do. I had made many presentations in my career and told stories and made hundreds of pitches, but giving a talk that can be watched over and over was a different level. the threshold of the idea was very high and I had to be able to engage the audience, to enrich them, to be relevant to a large swatch of people both now and in the future.

to hold the audience’s attention for 18 minutes as well as touching them and making them think and feel were big challenges. at the end of the day it was a live show – there was no ‘take 2’ or editing so i had to get it right the first time.

giving that talk was definitely the most difficult story-telling I’ve ever done. I was pleased with how it turned out, and I find the greater the challenge, the greater the satisfaction. 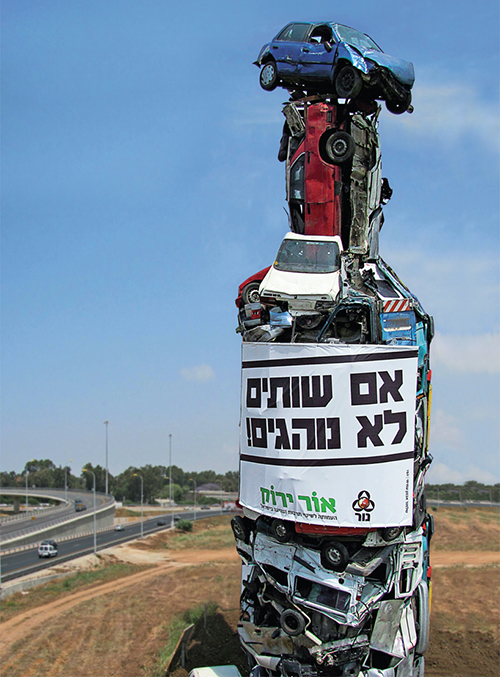 DB: what are your thoughts on specialization vs. generalization?
GA: I think it depends on your job. for instance, there is a great need for digital expertise which requires specialization.

having said that, I always believed that in advertising – especially with executive roles or executive creative roles – you have to know a lot about marketing, psychology, and storytelling, and at least have a general understanding of practically everything. today it is even harder – with the digital revolution and the social networks phenomena, there is no way around the fact that you’ve to know a lot more than you used to.

you’ve to see everything in different resolutions. today – at least in top management – there is no other choice but to be able to be both generalized and specialized.

9/11. it’s been 10 years organized by gideon amichay in collaboration with aniboom
an animation project commemorating the 10th anniversary of 9/11 by animation artists from all over world.

DB: what is something that fascinates you and how is it finding its way into your work?
GA: I am fascinated by how much money and effort brands are putting into ads that are based on location or based on algorithms or based on search engine use instead of based on an idea – and a good one. brands have forgotten about the need for ideas and stories. it’s not just about that they reach a person – it’s what to say to them to convince them when you’re there. I’m amazed at the resources that are going into the facilities for reaching people at the cost of telling a better story of the brand.

this is why at my creative boutique, we put more emphasis on the strength of ideas because it remains the most important thing. what’s changed is that you have to be able to communicate the ideas and the stories in unconventional ways because there is such a mass of information out there. how to do that becomes a part of the solution.

DB: how do you keep your ideas fresh?
GA: reading a lot (but not about advertising or design); going to the movies, the theater and modern ballet; visiting different countries and introducing myself to different cultures; going to museums (the magritte at the MoMA was really great, art spiegelman at the jewish museum); watching TV (house of cards, homeland, newsroom); writing (which makes me think and analyze); and teaching. 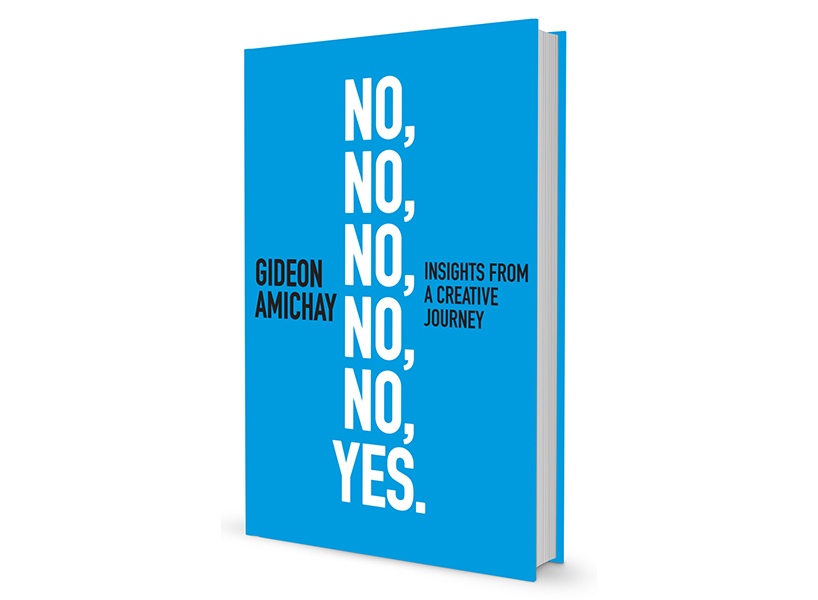 DB: do you have any superstitious beliefs or rules that you live by?
GA: I’m not superstitious, but I do believe things happen, and don’t happen for a reason.

I have several rules that I live by today.

first and foremost, because we live in a beta stage, to succeed you to be fast and flexible; you have to be able to change and to adapt.

secondly, be relevant. relevance is necessary to being able to do your job. irrelevant work cannot really help any client.

the third is to be different, unconventional and innovative – without these qualities nobody will see or notice what you are doing. conventional work today is professional suicide.

finally, to be simple, because without it only a few will understand you.

DB: what is the best piece of advice you have ever been given?
GA: two pieces of advice that have left a strong impression on me are…

when I was 16 and working as a cartoonist, amram prat – a very famous designer in israel, told me ‘don’t stop learning just because you have a job’.

michael conrad, the berlin school president, said to me ‘if you don’t enjoy what you’re doing any more then you should move on’.

DB: what will you do in 2014 that you have never done before?
GA: the 9/11 memorial museum has asked to feature an animation project of mine as a part of the opening in 2014. the project started off in 1989 as a sketch of the twin towers from another angle – from above. I submitted that sketch to the new yorker twice and it was rejected. on september 11th, 2001 that drawing took on a different meaning. it became a scary look from the rear window.

ten years after 9/11 that drawing still troubled me. that’s when I decided to create an animation clip based on the sketch. I then collaborated with the virtual animation studio aniboom and together we invited animation artists from all over the world to take part in commemorating the 9/11 tenth anniversary by creating a short animation clip inspired by the title: 9/11. it’s been ten years.

the vision, mood, and message of every animation clip varied greatly because each individual artist had full freedom to share their feelings and personal interpretation of the event. all animation clips are signed with the artist’s name followed by the flag of his/her home country.

this will be the first time I’ve created a project anything like this or had it shown in such a museum.

this year I also plan to make a documentary based on no, no, no, no, no, yes, but this time it will be other people’s stories and how they were challenged by no’s and succeeded in, ultimately, finding the yes…

and maybe find a wife!