sulki and min choi ‘being tschichold’

sulki and min choi are graphic designers who live and work in seoul. sulki studied communication design at chungang university, korea, and min at seoul national university, korea. both earned their MFA degrees in graphic design at yale university. after working as researchers in design at the jan van eyck academie, maastricht, the netherlands, from 2003 until 2005 they founded their own design practice. we spoke to them about their process and influences.

designboom: what originally made you both want to become designers?

min choi: designing seemed like the kind of activity that I could really immerse myself in, and I was right.

sulki choi: we met at yale university when both of us were MFA graphic design students there. our relationship is both personal and professional, and I can’t tell which came first. professionally, we felt that our approaches were similar enough to share a practice, and different enough to complement each other. 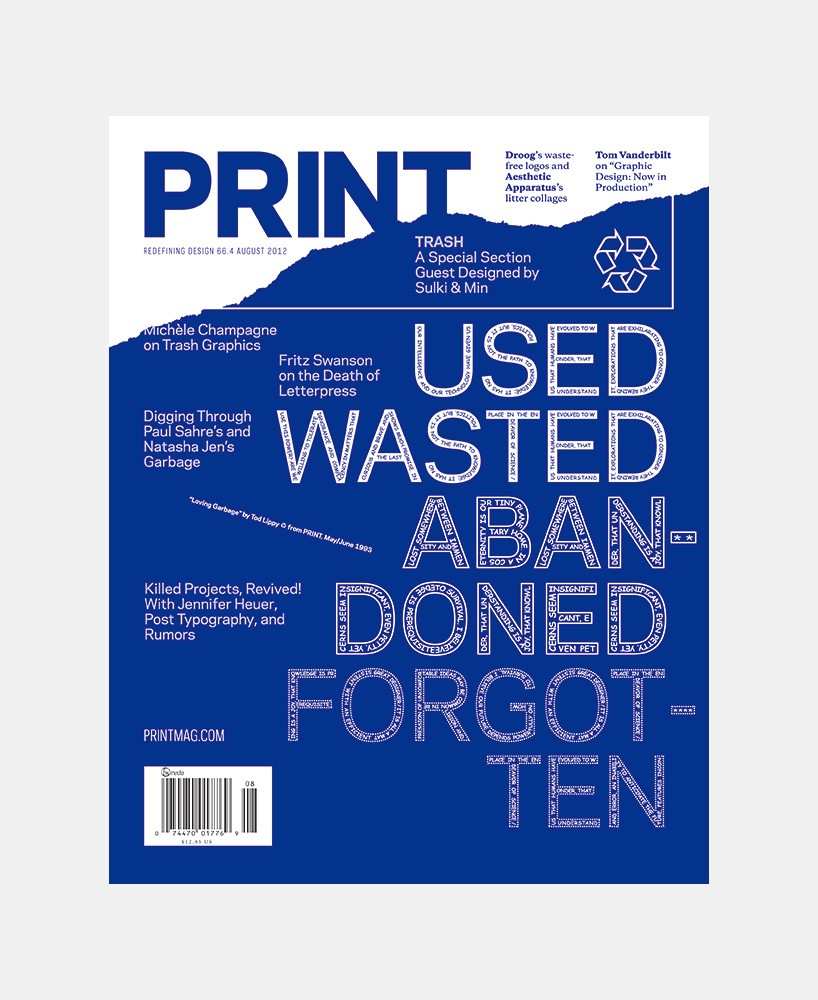 SC: our approach would be best described as impurely concept-driven. we don’t like arbitrary formal choices, so we always start with a clear idea. but when the translation of an idea into visual form is too transparent, it’s not so interesting anymore. we prefer the execution to be slightly unpredictable. 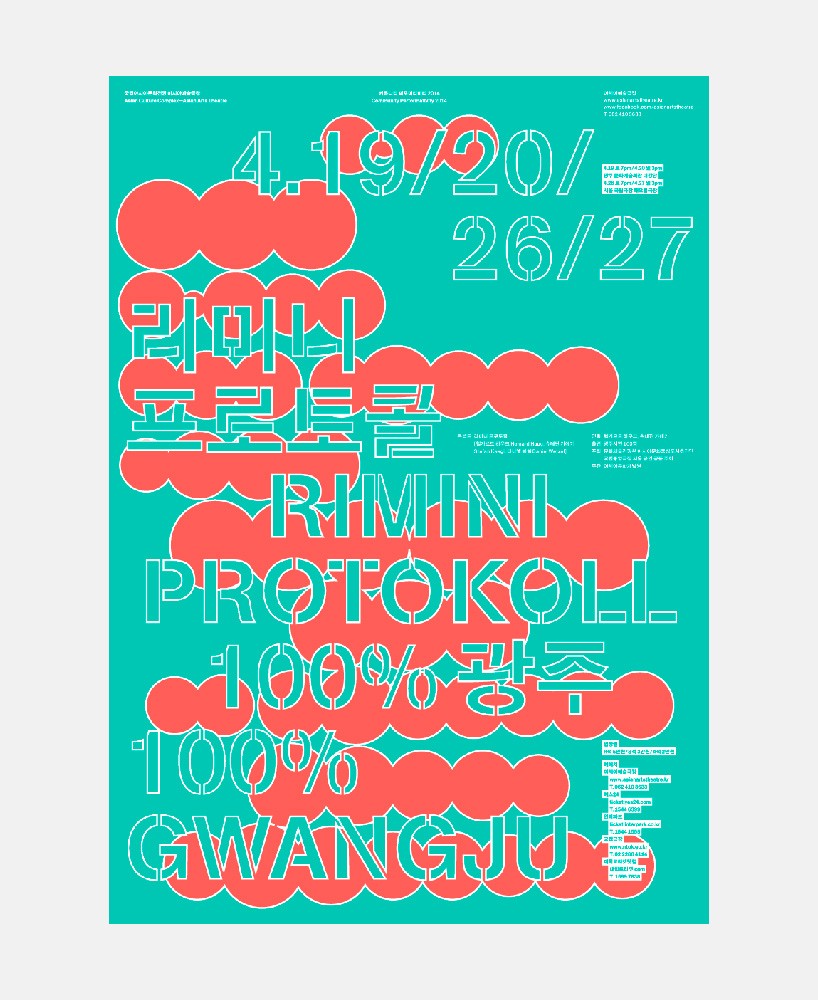 poster for 100% gwangju, a performance by rimini protokoll at the gwangju culture and art center and the national theater of korea, seoul, 2014

MC: we would cite a combined influence from karel martens and paul elliman. both were teachers at yale, but we had known their work before we went to new haven. we were deeply affected by the seriousness and informality of martens’s typography, along with his not-so-fussy attention to details and materials. and elliman taught us how to suspect almost everything, including the value of good design and typography. he made us more critical about what we do. personally, I’m sometimes influenced by the music I listen to. and recently, I’m listening to a lot of black metal stuff, and the influence hasn’t manifested itself in our work yet. I’m curious how it might affect my view. 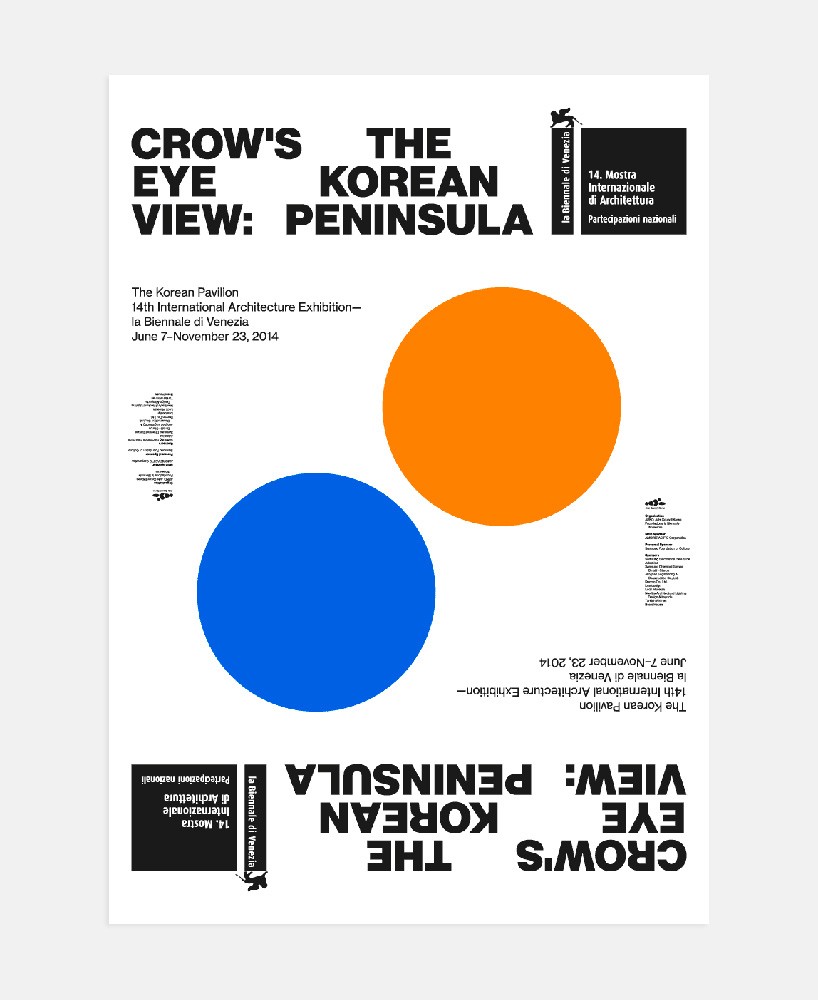 DB: what would you say each of your strongest skills are and how do they compliment or contrast?

MC: I’m probably more intense, and will sometimes lose myself in details. sulki is more balanced and has a broader perspective.

SC: min takes as much care of words as images, and it helps because what we ultimately do is communication. and the clients are impressed when we suggest better edits.

MC: or offended, sometimes. but the differences are probably exaggerated. we rarely think about them until asked like this. they are very subtle and personal, and I find it hard to describe them to others. 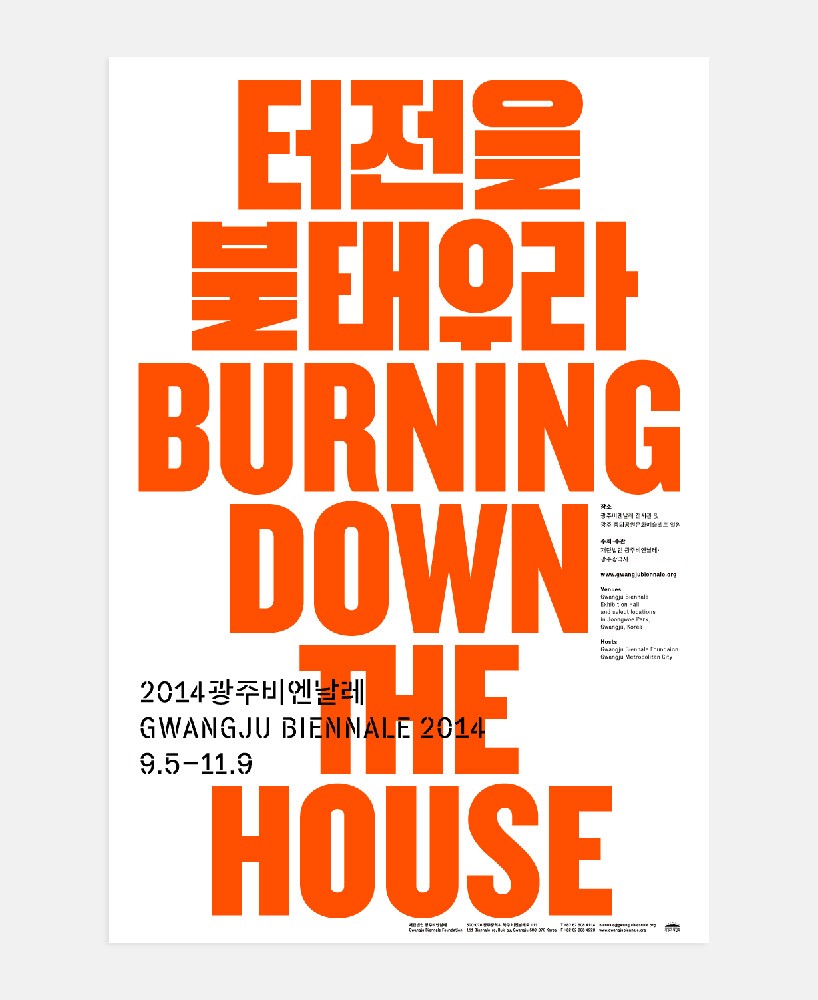 SC: it’s usually rewarding when a project allows us to participate in the creation of content itself, not just the appearance. but we’re not big fans of open briefs. on the contrary, I think it’s much more interesting to somehow carve out a room for intervention against clear requirements and constraints.

MC: more often than not, an open brief is not so open at all. it’s just an ill-defined brief. you need to spend a lot of time and energy to define it for yourself, only to find out that there is not so much space for manoeuvre after all.

SC: we mostly work for cultural institutions, such as museums, galleries and treaters, with people like curators, writers and artists. to be honest, we feel most at home when we operate in the cultural sector. 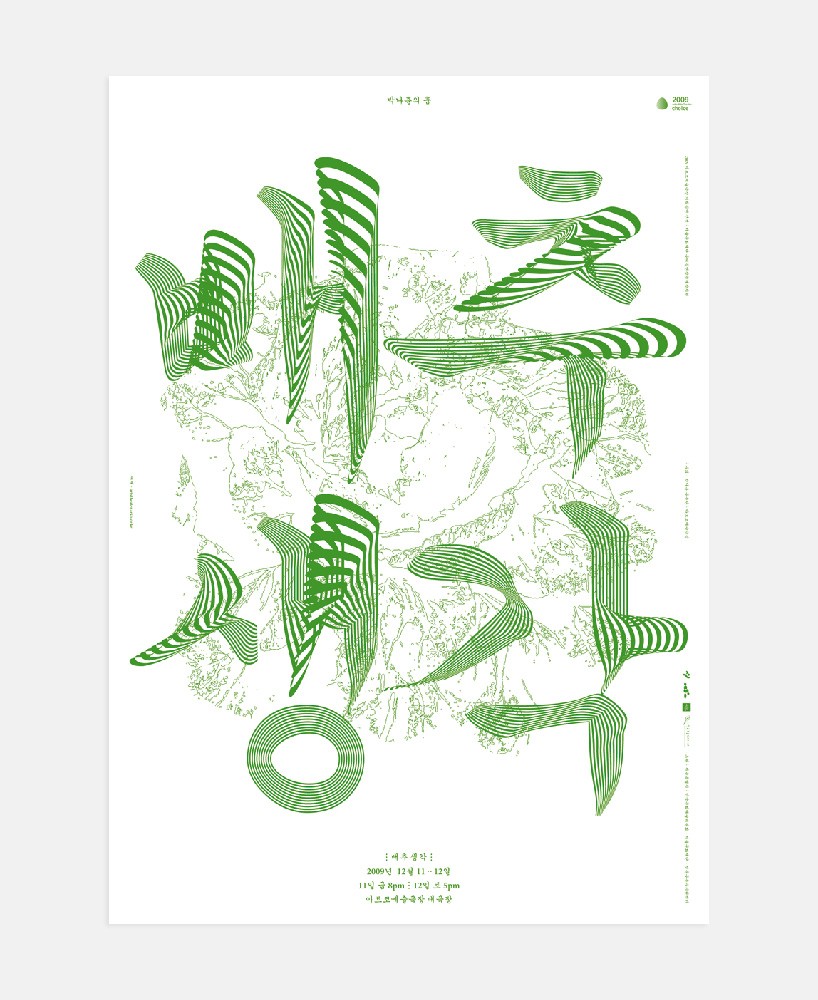 poster for cabbage thoughts, a dance performance by na-hoon park and his company, 2009

MC: I see a strong tendency for generalization in graphic design during the last decade. roles have been blurred. some of the most interesting graphic designers from the era were also editors, writers, publishers, or artists. a few of them would even write computer codes. I wouldn’t be surprised if a tide comes from the opposite direction in the near future.

SC: I think it’s more and more important to be able to collaborate with other specialists. there are limits as to what you can do on your own. you may expand your skill set along with your vast interest, but you can lose depth on the way. you can end up being like a pancake. 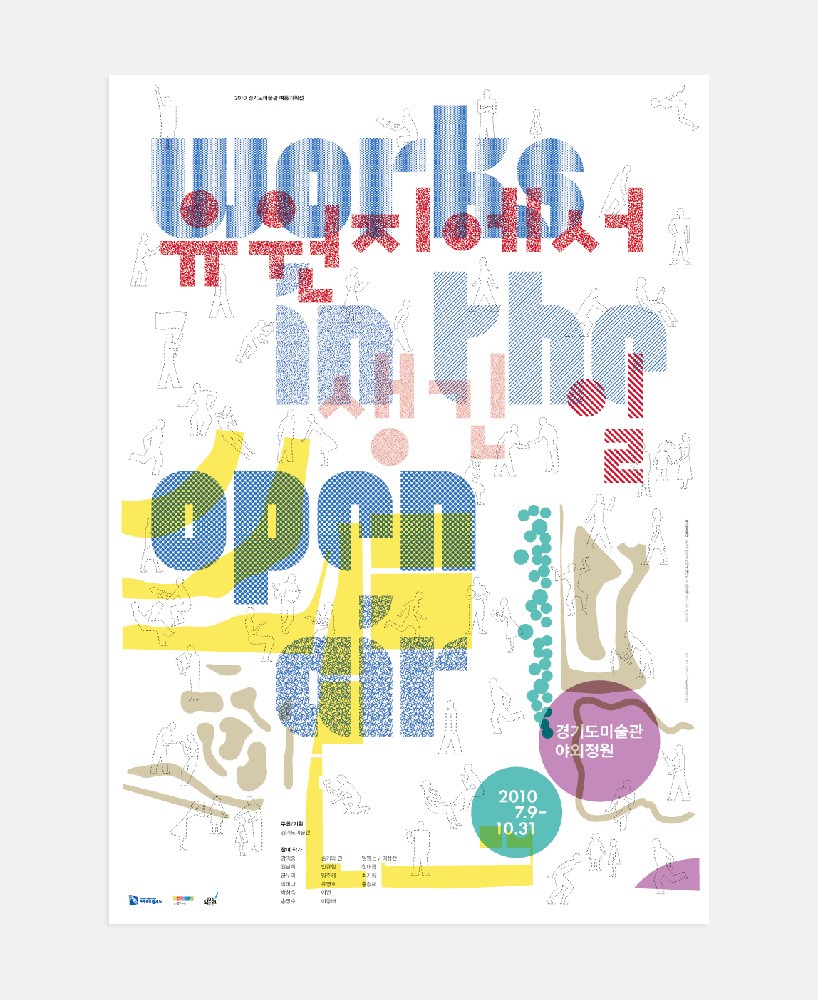 poster for works in the open air, an outdoor exhibition at the gyeonggi museum of modern art, ansan, 2010

DB: how do you think online design resources have influenced the design being produced today?

MC: to be honest, we don’t use the resources very much, so we cannot really talk about the influences. we get a lot of information about other things online, and some people might do the same with design. 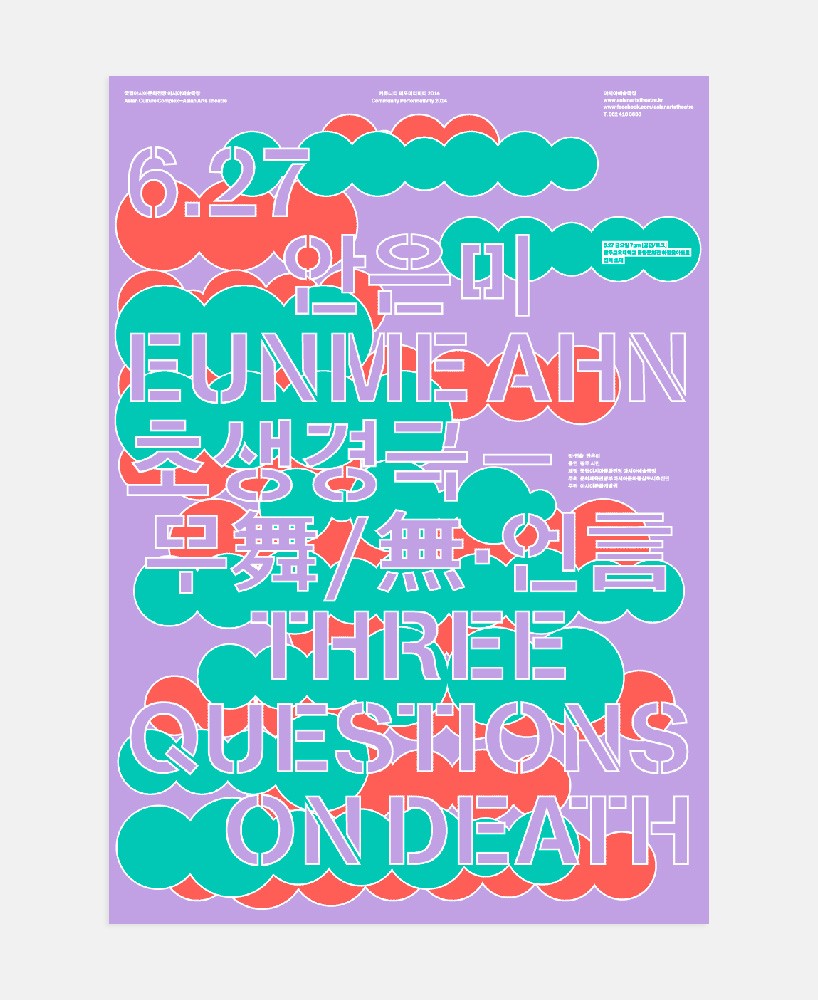 poster for three questions on death, a performance by eun me ahn at the ha jung-woong art hall, gwangju national university of education, 2014

DB: what are you both currently fascinated by and how is it feeding into your work?

SC: like ‘inspiration’ fascination is overrated. we are fascinated by – and grateful for – the fact that we are still surviving while doing what we do. 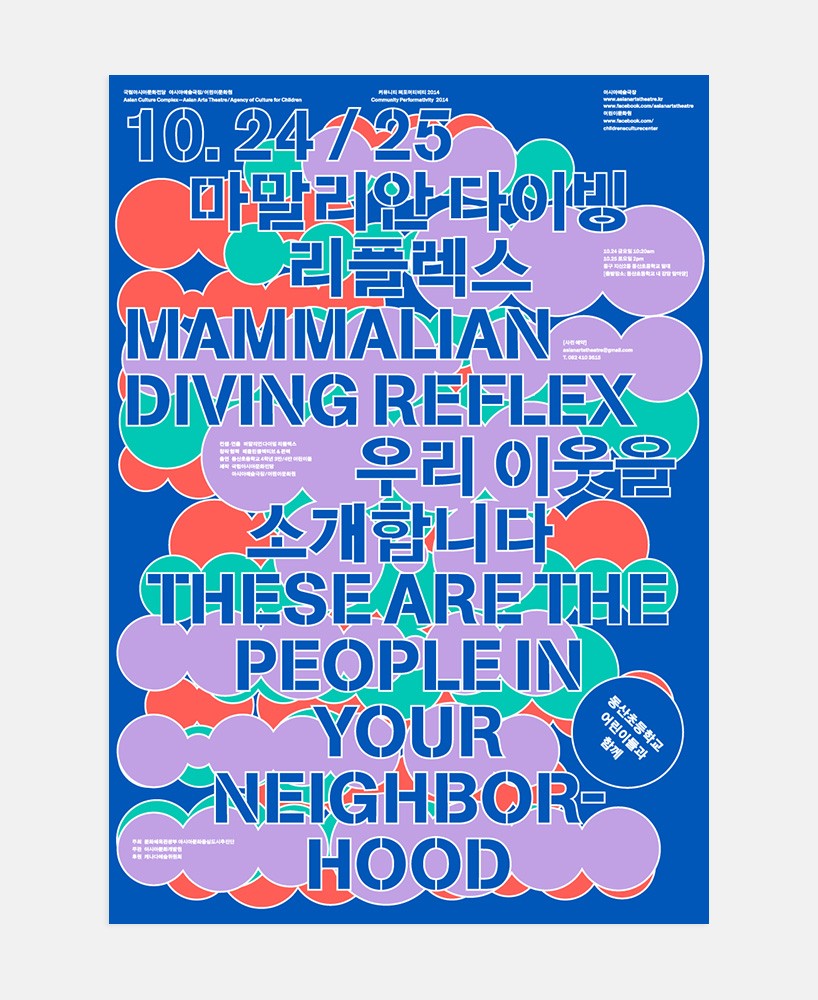 poster for these are the people in your neighborhood, a performance by mammalian diving reflex, performed around the dongsan elementary school, gwangju, 2014

DB: what passions do you share besides your work? 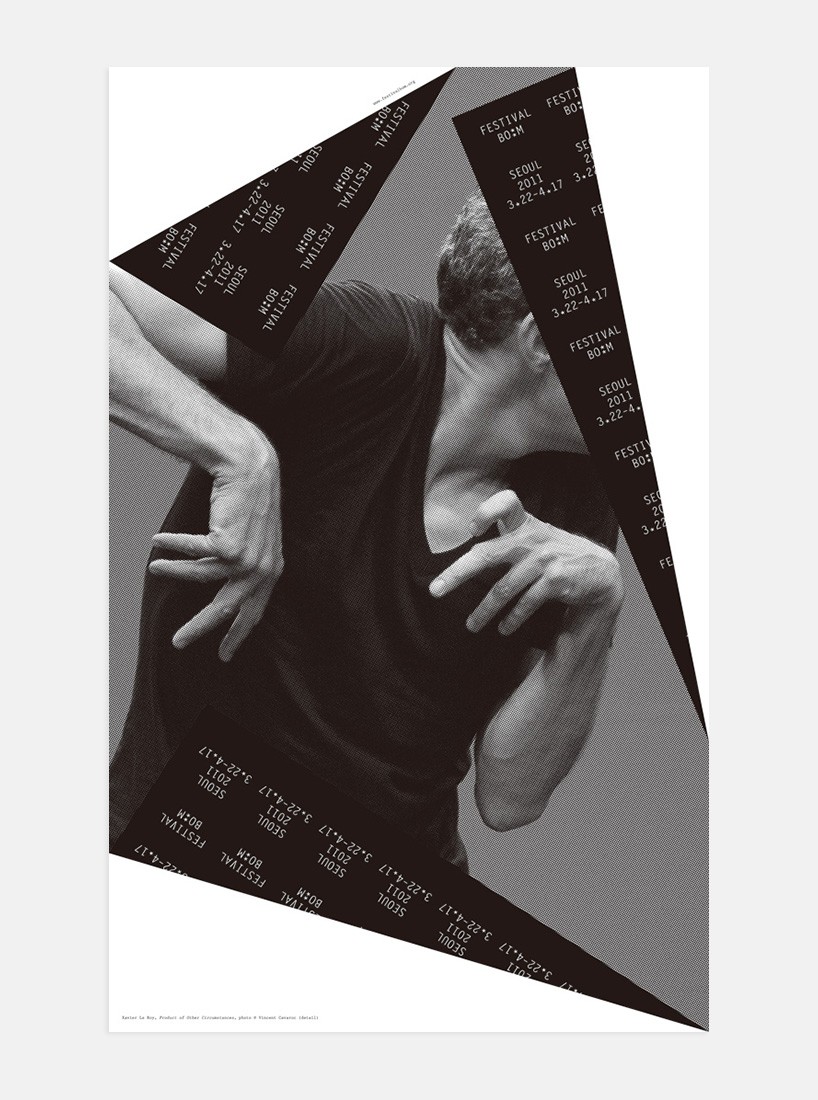 SC: karel martens once said that twelve is an important number, and I agree. or does this sound superstitious? 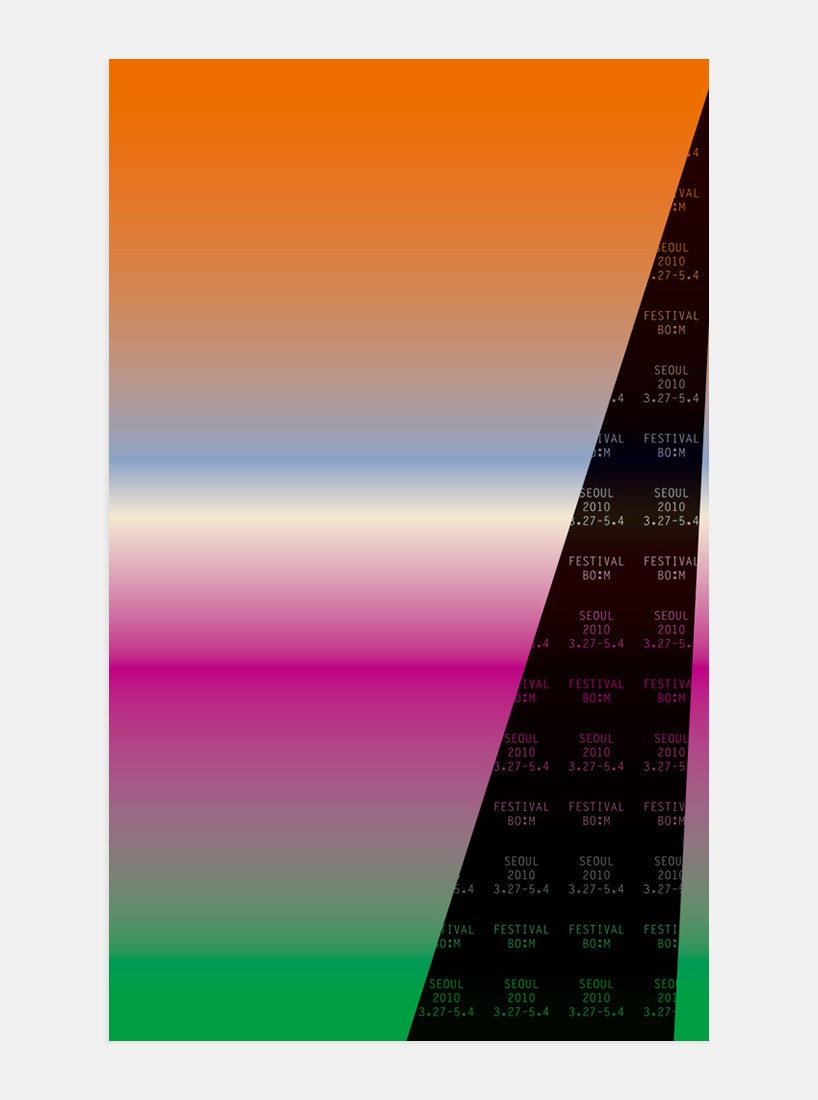 MC: clarifying is our business, obscuring is our pleasure.

Jul 29, 2021
a closer look at the 1980 lamborghini athon
in april 1980, at the 58th turin motor show, bertone introduced a concept car based on a lamborghini chassis.
design
0 shares
connections: +290