david franklin has worked in the golf industry for over 20 years, creating clubs for some of the sport’s most recognized brands and athletes. he has worked at NIKE GOLF since the company began making equipment in 2001 designing the pro blade, pro-combo irons, blue chip putters, ignite putters, iC putters, method and method core putters among others. designboom spoke to him about his career, influences and design process.

designboom: please could you tell us about your background and how you came to start making golf clubs?

david franklin: I was born in fort worth, texas and have lived here all my life. I studied mechanical engineering at the university of texas at arlington before giving that up to work for my dad, who had a machine shop that produced close tolerance aluminum and titanium aircraft components. the business was sold after my father passed away, which led my career in the direction of my true passion, golf.

I worked at supreme golf from 1985-1988 in sales before moving to K&K machine / dashtek manufacturing where I machined and inspected aircraft components. around that time started to design and machine prototype putters in my spare time. I became obsessed with trying to make the best putter I could. I would test them out, playing against friends and in tournaments and kept tweaking my designs constantly. 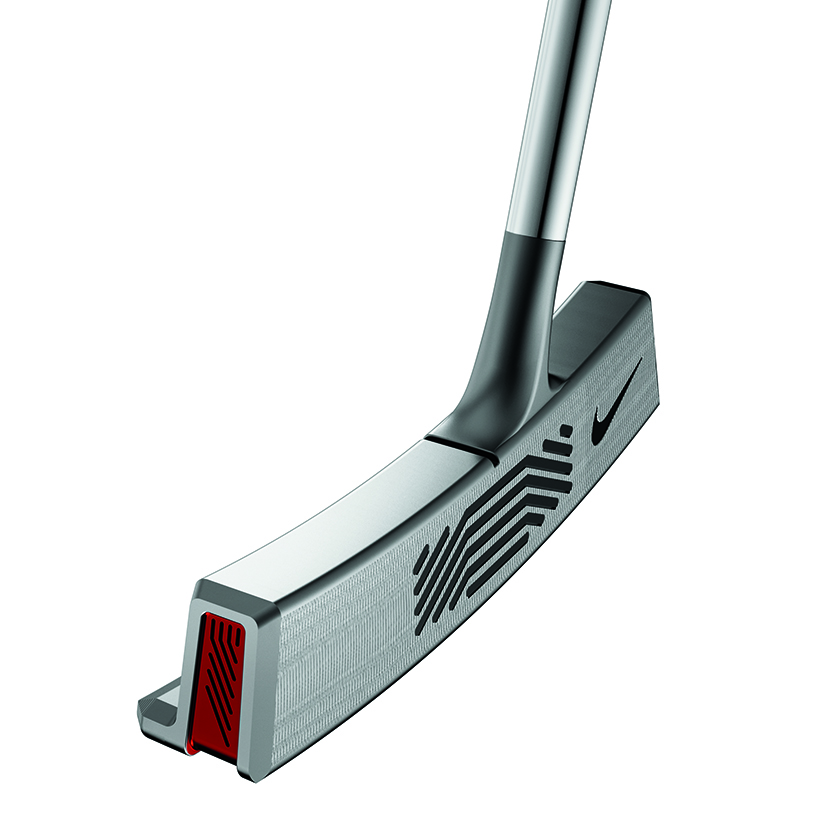 DB: how did your passion for making putters become your profession?

DF: in 1990 I met the respected club makers tom stites and mike taylor at a golf club seminar in austin. I showed them my prototype putter designs and received positive feedback from them. when we all returned to fort worth tom asked me to work with them.

after a couple of years working at head golf, tom stites took a small group of engineers and craftsman and formed a company devoted to designing innovative golf equipment, impact golf technologies – which opened in 1993. 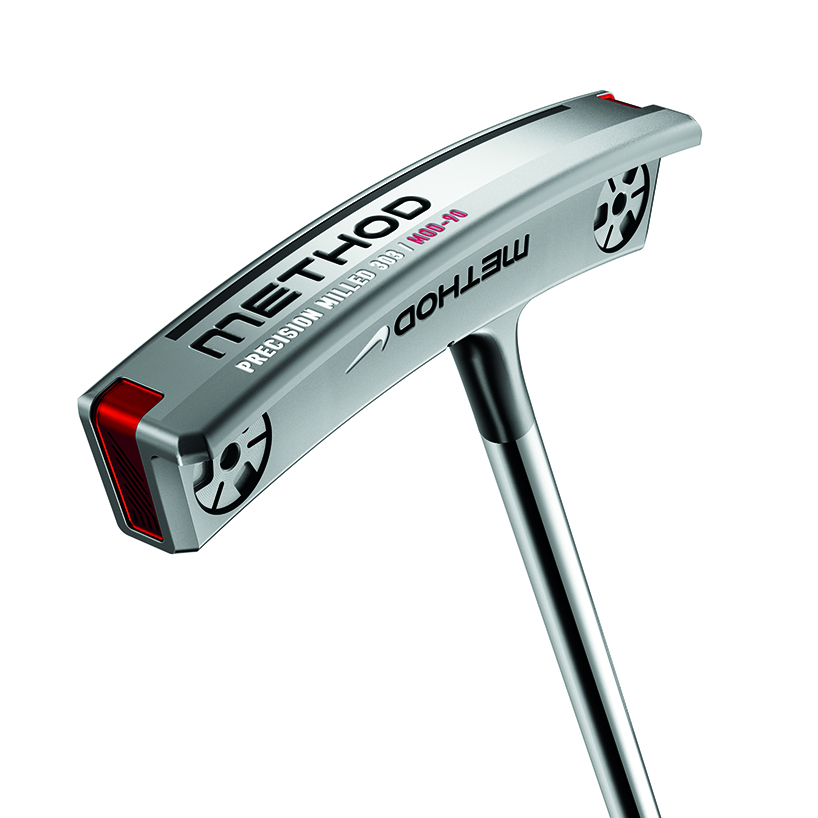 DB: could you tell us more about your role at NIKE GOLF today?

DF: my role at NIKE golf today is quite diverse, however the primary focus is putter innovator, designer, fitter, and craftsman. I also work on irons and other projects but I’m known as ‘the putter guy’ here at THE OVEN. I’m now listed as inventor or co-inventor on dozens of golf club patents. 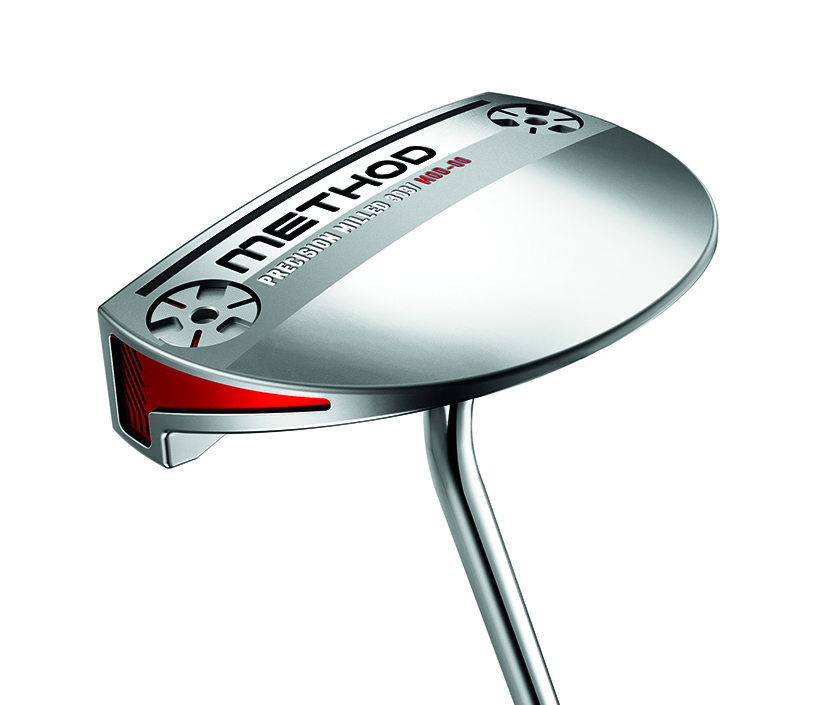 DB: what made you gravitate towards designing putters over other clubs?

DF: I like them because you can be a bit more innovative with putters. you can place the shaft in different locations in relation to the heel of the club. you can be very creative within the restrictions of putters in terms of materials, forms and so on… you can be more artistic. 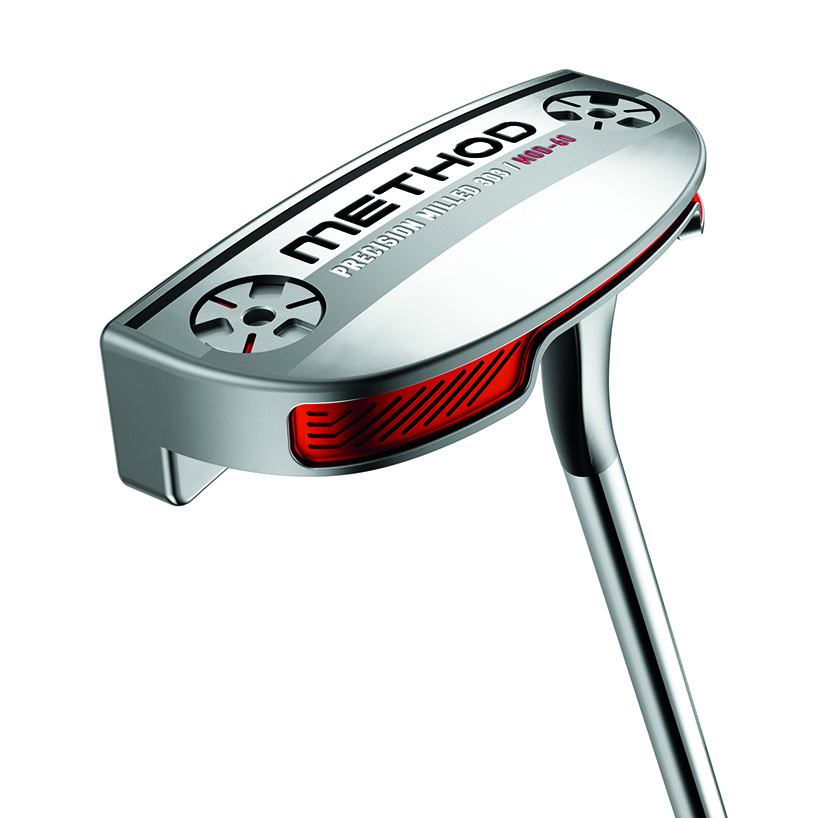 DB: which innovations did you look to when you set out designing your own putters?

DF: I look at all sports equipment as an extension of the athlete. how do these tools help them do what they want to do as best as possible? if the athlete has to over-think what they are doing because of their equipment then they are already at a disadvantage.

so with a putter for example, it’s been about making a club that allows the golfer to make the most accurate shots, that helps them hit their intended target. the method putter, which is our latest putter does that by lifting up on the back of the ball, rolling the ball smoothly along the green as is you would roll it with your hand, almost like when you bowl a bowling ball. the idea is that the athlete never thinks about his equipment, they’re just thinking about themselves and what they need to do. 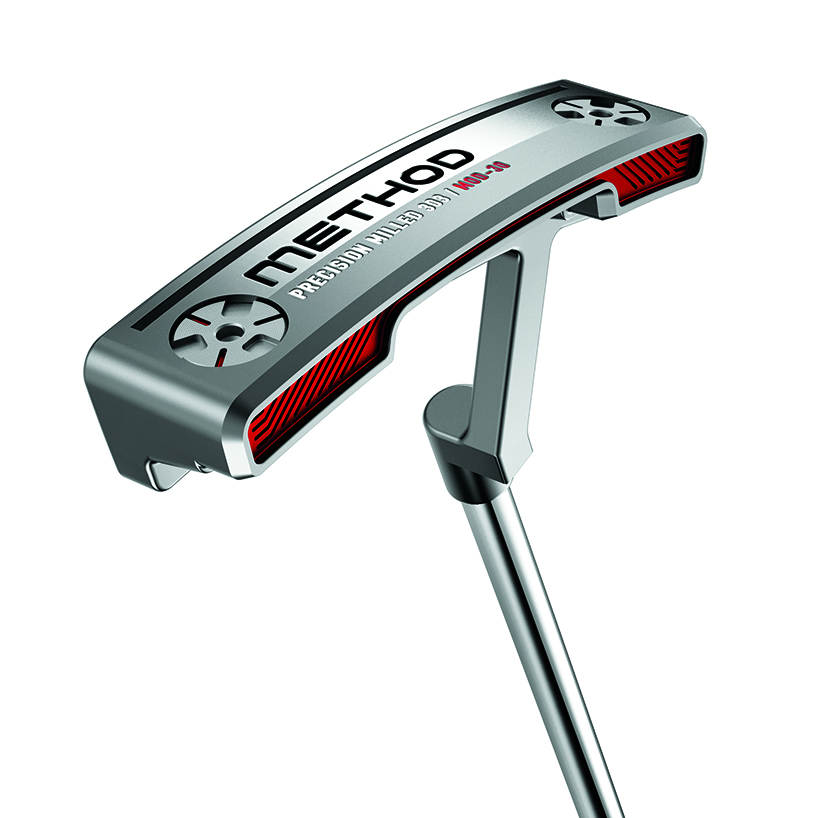 DB: what is the most important consideration when designing a putter?

DF: it’s a very involving process and many things factor in so it’s hard to say what’s most important. however, density is a huge part of what I do. if you look at just about any putter you can see that the form is very much related to the distribution of weight. the variations feel almost infinite when you consider density, weight, energy transference, drag, rebound, athlete’s preferences and so on, you are working towards a goal. a putter may seem simple but its far from it. as science and technology evolve so does our work. always improving on what exists always, trying to make something better. 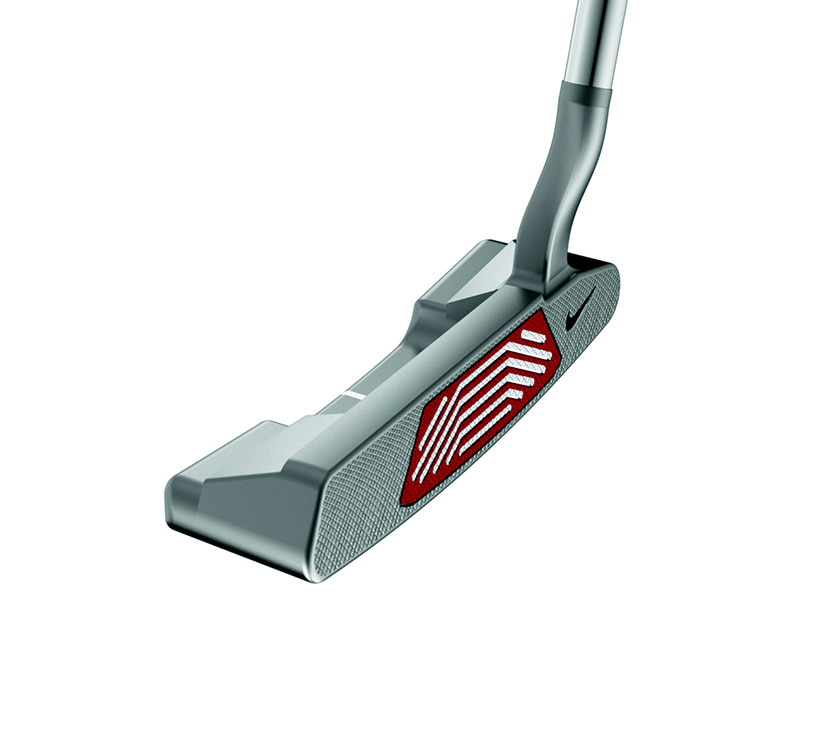 DB: how does athlete feedback and scientific research factor in to the design process of a golf club?

DF: we are lucky to work with some of the best golfers in the world and they no doubt help us make better equipment. but some feedback is subjective, so we have to compare it with what the scientific research is telling us and based on those inputs it’s the job of the design and engineering team to make decisions. for example sound is one of the ways that golfers perceive or ‘feel’ their equipment in relation to how the club makes contact with the ball. but each golfer hears things differently and describes things differently. besides that they’ll also have different preferences, for example rory [mcilroy] will tell me ‘you can’t make the putter feel soft enough for me’ he want’s to hear nothing. whereas tiger [woods] will tell me ‘I need a ‘click’, to know how hard I’m hitting the ball’. so, soft is good for one guy bad for the other but both are undoubtedly brilliant players. then there’s a science behind hitting the ball, how it behaves and so on… so we have to adjust the clubs for each player, a lot of it is intuitive a lot is scientific. 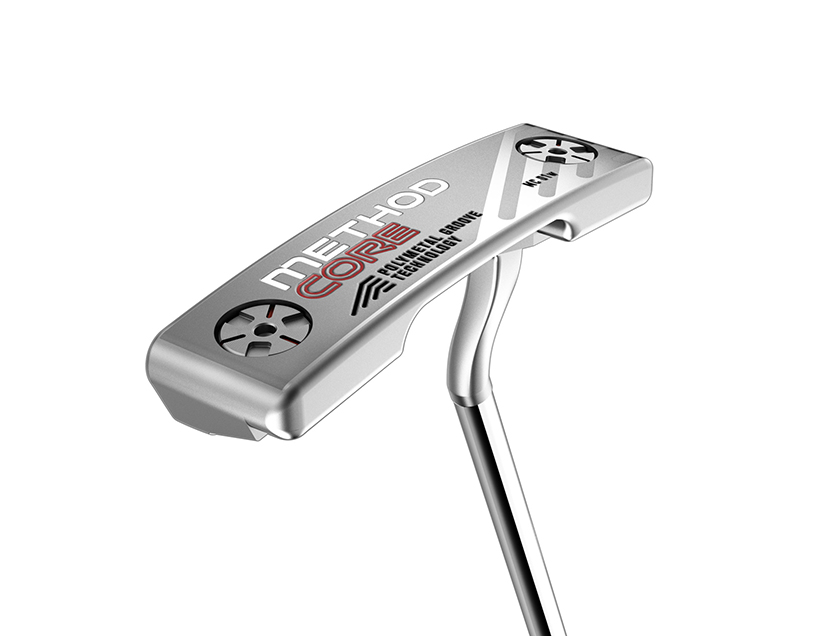 DB: which part of the design and production of a putter do you enjoy the most?

DF: getting the feel just right. I’ve been doing this so long now that I know we are going to do a great job on how the club looks and the quality of the production. the thing that gives me the biggest satisfaction is what I was talking about before, when you have a putter in your hand that you don’t even have to think about, it just feels ‘right’. when the athlete tells you that you can’t make it any better. 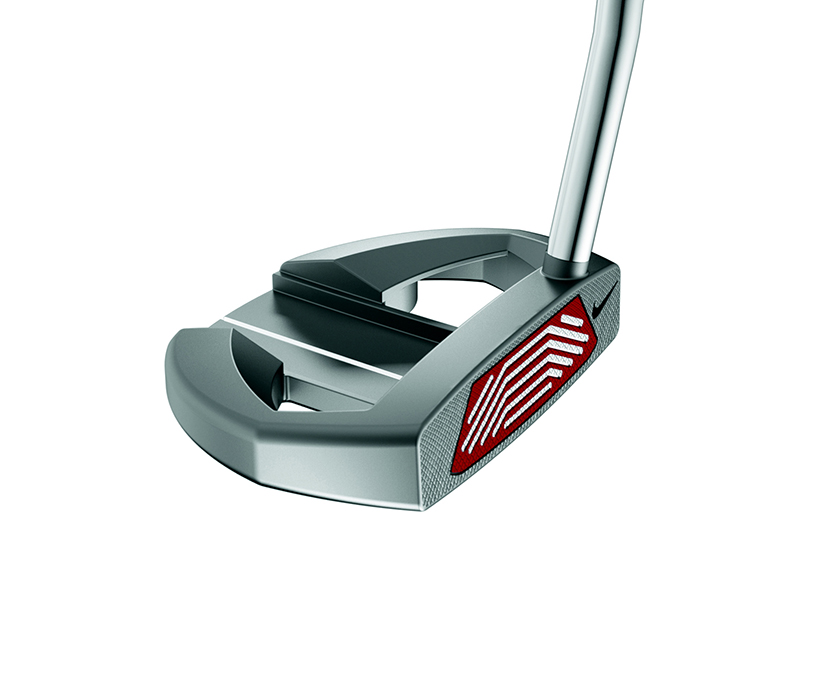 DB: how do you try to keep your ideas fresh?

DF: I’ll look at design and materials everywhere, in the golf industry, in the sports industry, around the workshop, around the house, when I’m traveling, machinery, cars… one of the things I take the most inspiration from is nature. I especially like to scuba dive and observe how all these different creatures, all shapes and sizes move around in the water. how does this fit into designing golf clubs I’m not sure exactly! but what it does do is inspire me to consider different ways of doing things to get the results we want. nature has some pretty good solutions! 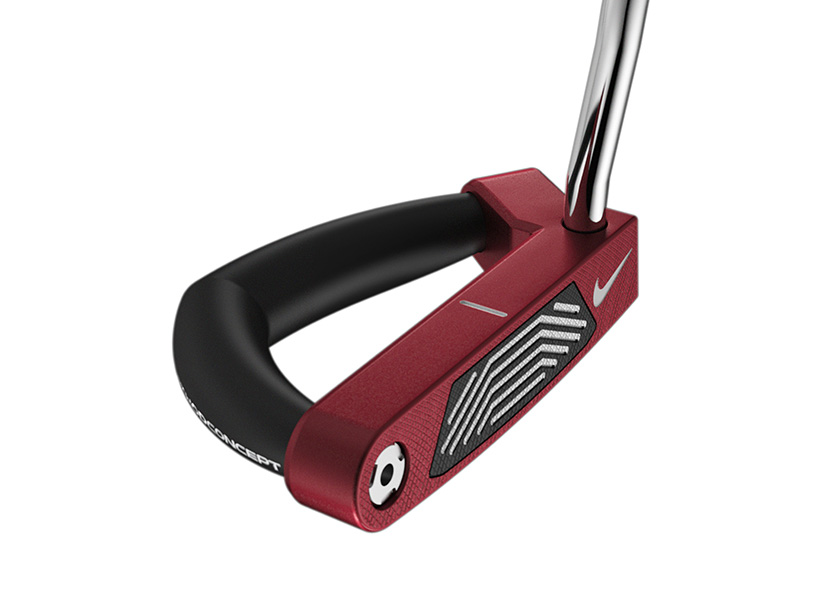 DB: what challenges or goals have you set yourself for the near future?

DF: I would love to see tiger [woods] win a major with a method putter. I have a photo of each major [tournament] won with a method putter on my office wall and that photo of tiger is missing, I can’t wait to see it up there with the rest of them. I also want a NIKE putter to win gold at the brazil olympics – I don’t mind who wins, but I would love it to be a NIKE club. 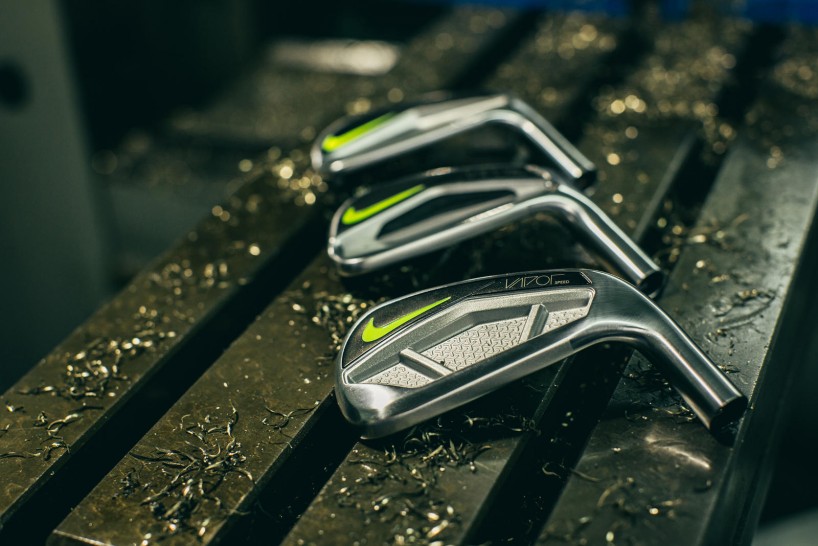 DB: which moments from your career have given you the most satisfaction?

DF: there’s two: one was lucas glover winning the 2009 US open. the other was when tiger woods first joined NIKE. we worked really hard with him to get his first putter just right. let’s just say it took a while! then one day he came to THE OVEN to test his new clubs, he putted a shot for a commercial here on the putting green and as he walked off the green he shook my hand and said ‘great job’. that’s all I wanted to hear. for the best golfer in the world to tell you that, what else could you need?! 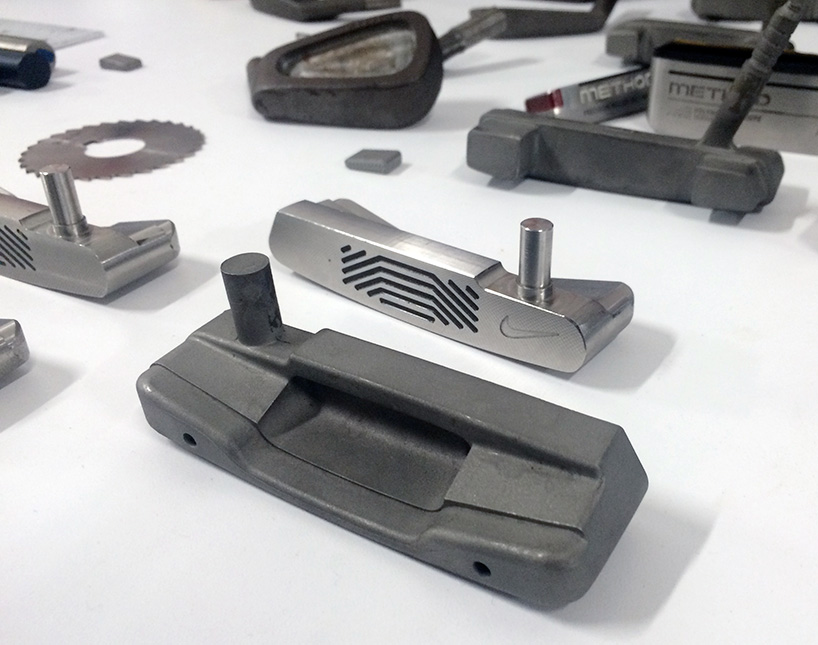 DB: what’s the best piece of advice you have been given?

DF: always be understanding of others. don’t judge, everybody is going through something.

I also think it’s important to try and work in an area that you are completely passionate about. that way you have no choice in giving it your all.

Oct 20, 2021
power your home with joe doucet's wind turbine wall
the wind turbine hall by joe doucet is a kinetic wall made up of an array of rotary blades that spin individually, driving a mini generator that creates electricity.
design
0 shares
connections: +140