sir kenneth grange was born in london in 1929. he attended willesden school of arts and crafts, graduating in 1947. after his national service he worked with various architects in london before founding his eponymous studio in 1958, where he worked with clients including kodak and kenwood. in 1972 grange joined alan fletcher, colin forbes, theo crosby and mervyn kurlansky in founding pentagram, which he eventually left in 1997. over a career that’s spanned six decades he has helped modernize britain designing everything from home appliances to post boxes, taxis and trains. 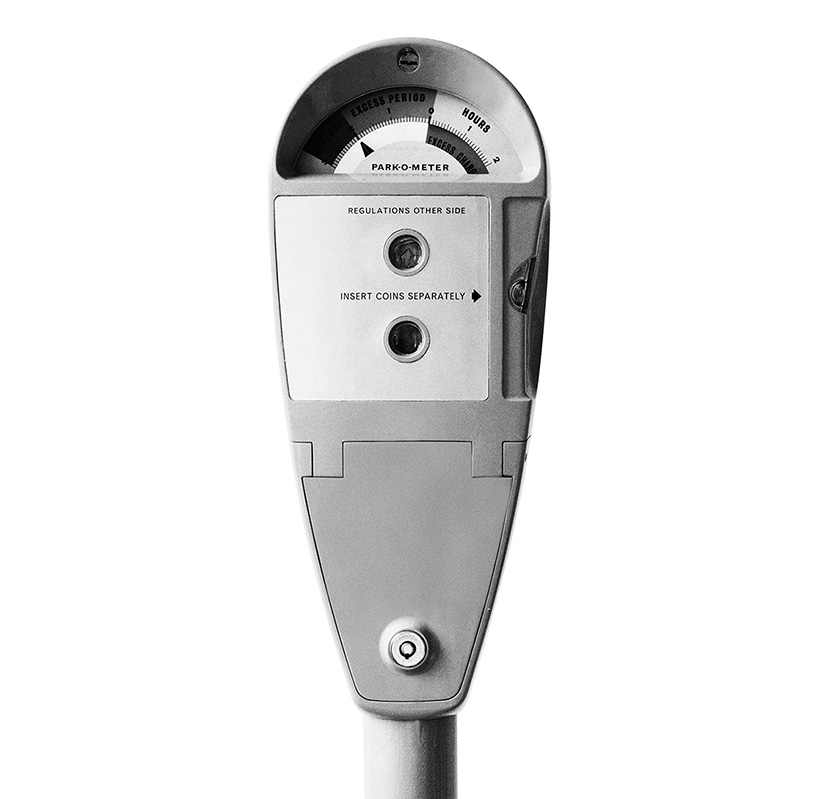 kenneth told designboom more about his influences and approach to design…

designboom: do you remember a particular instance that made you want to become a designer?

kenneth grange: I grew up, happily, in a typical working class family. the homes I remember from my childhood were normal for that time in england; filled with cream and brown interiors and tasseled furnishings. I went to study at art college which was a fairly straightforward story and not long after graduating I was drafted into the army for national service.

when that was over I landed a job with arcon, an influential architecture firm that had won the contracts to develop all the post-war, pre-fabricated housing. this would have been around 1948/49. I then went on to work with three other architectural practices and this was probably the most formative time of my life I would say. they showed me a world of modernism and modern objects, white walls and flashes of bright colors, bold ideas and so on – it was a completely new world to me and I loved it. 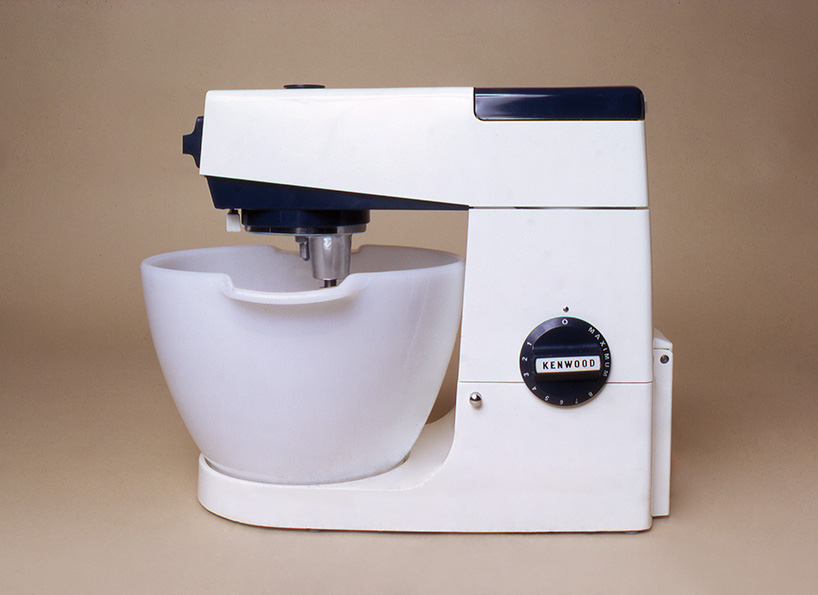 KG: an aim for excellence in performance. I’m very enthusiastic about everything I design being better than it needs to be. I hope people can find something of functional merit in all my work. style is also very important to me and I’ve built up a portfolio of work that demonstrates an appreciation of form, materials and color – these are the tools of my trade and by now I know them well. I think of myself as a modernist. 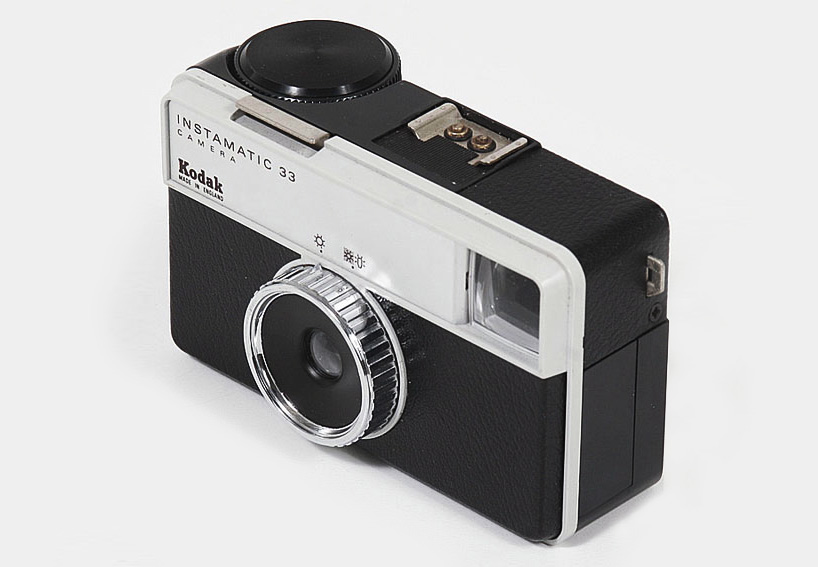 KG: I love construction and that’s informed pretty much everything I’ve worked on. construction is something I get a kick out of. invariably a client comes to you, as a designer and they tend to want you to modernize their existing product or design something ‘new’ that will sell and be highly profitable for them. for the marketeers and advertisers that only means updating the ‘style’ or ‘look’ but in my book you should never miss an opportunity to make something better and that’s my ‘thing’ – I try to get deeper into the projects whenever I can and really optimize what’s possible in terms of turning the object around. 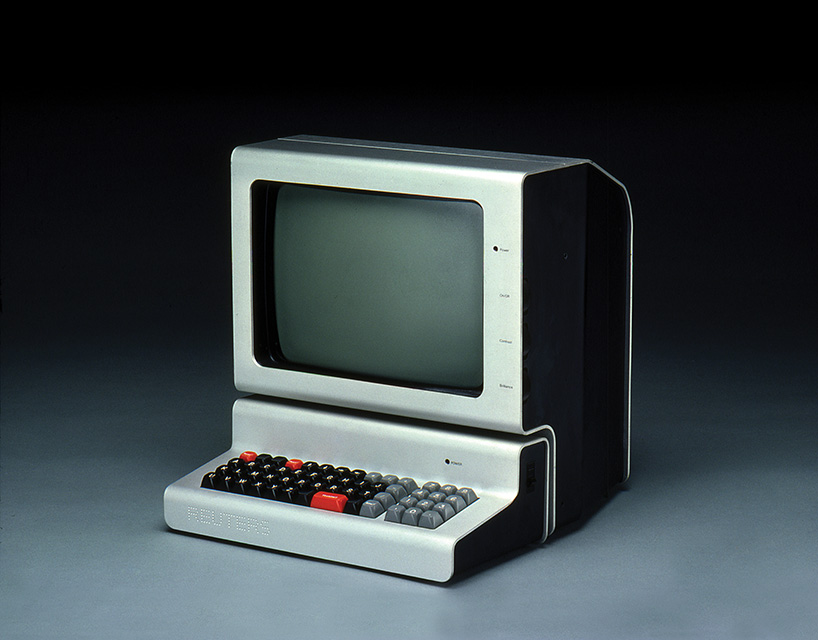 DB: so, you enjoy the technical challenges as much as the aesthetics?

KG: I do, and what I should also mention is that this is where collaboration with others is very important – all the people who help you resolve a project. design is rarely, if ever a solo mission. I’m incredibly indebted to the men who make the machines that make my machines, the top level engineers that make the tools and equipment that eventually make the product. 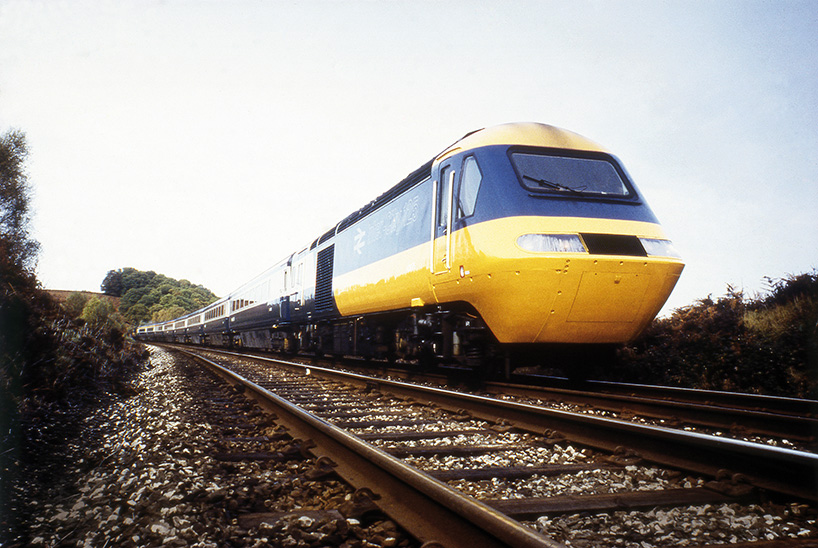 DB: do you draw often and do you think it’s important for designers to be able to draw?

KG: yes I still draw and for me it’s important to. it’s hard for me to have an unbiased view on this subject because I was taught how to draw and developed a skill for it. I enjoy it thoroughly. but for someone who doesn’t enjoy drawing they might find another way to work. for me it’s always been very useful, when I used to travel to japan, I wanted to explore the small neighborhoods and local shops – of course I couldn’t communicate verbally with most of the shop owners but I was able to draw the things quickly, as were they and combined with some body language we’d be able to understand one another and strike a deal. it’s my belief that the japanese are the best draftsmen in the world; from early childhood they learn to write in ideograms, so drawing becomes second nature to them and a well practiced skill. you simply can’t underestimate the deftness of a pencil in the hand.

DB: is drawing something of a compulsion for you?

KG: absolutely. I’m always turning over an envelope and drawing something on it – it’s in the nature of the beast. 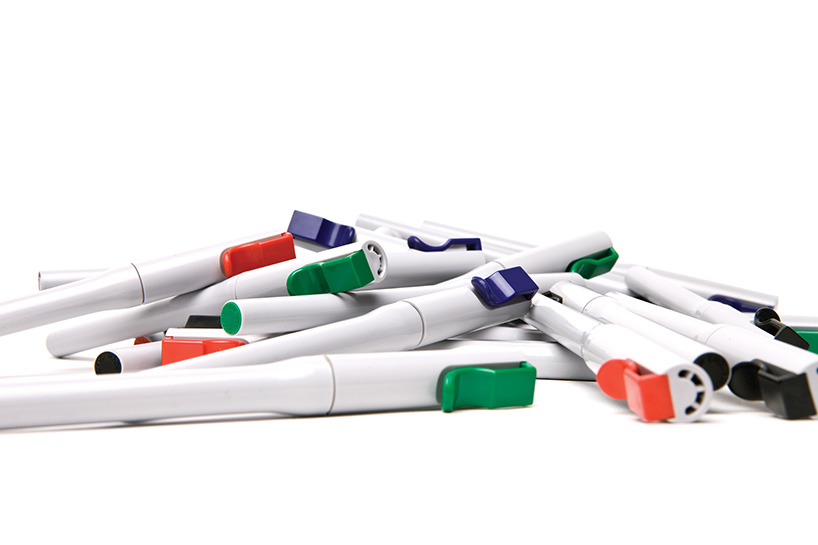 DB: which projects or moments from your career have given you the most satisfaction?

KG: there’s a great deal of pleasure in being part of a family, for example at kenwood and kodak I was so involved with every step of the projects we undertook together that the relationships with the people I worked with were very intimate and everyone felt like they were part of a team. that feeling is very pleasurable and brings with it great results. it’s alien to this idea of being an outsider and being a separate entity from the clients you work with, when you’re adopted by the clients and their teams and you become one big family it’s a great feeling.

DB: how important is it for designers to manage their egos and be open to collaboration?

KG: well it works both ways really. ego is important because it gets things done. in some way you can’t become a designer without a fair bit of it because ultimately you’re saying ‘I know best!’. when there’s nobody believing in your ideas your ego keeps you going.

that said, it can be a very big hindrance in terms of getting your ideas realized and can stop you forming relationships with the people who’ll get your products into the hands of the people who need them.

one other thing we have to be careful of as designers is being too self indulgent or conceited – only designing for other designers or ourselves when a product needs to serve many people. when people can’t find the on / off switch on their beautiful new computer, that might be more about pleasing the designer than the user. 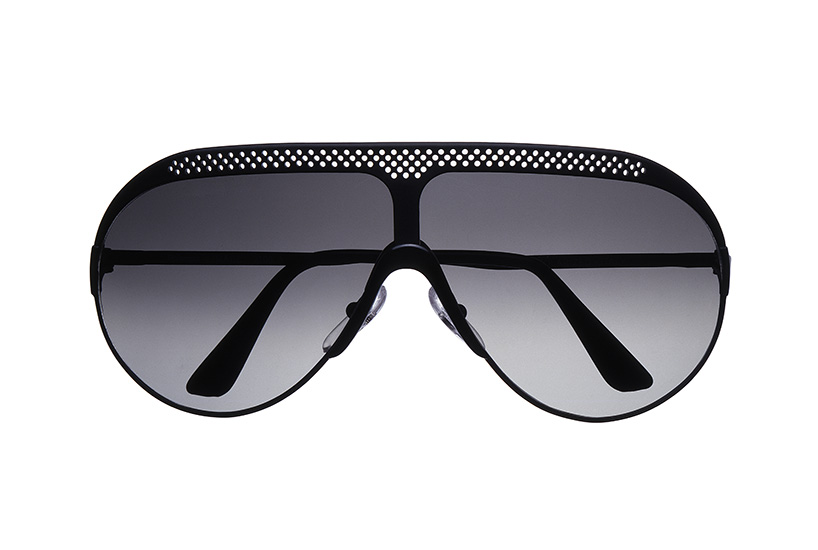 DB: during your career which designers have impressed you the most?

KG: there’s been some serious players in my time, that have come along and upset the apple cart, much more than I have – that’s for sure. one of my all time favorites would be ettore sottsass and the memphis group. his influence is still felt very much today. 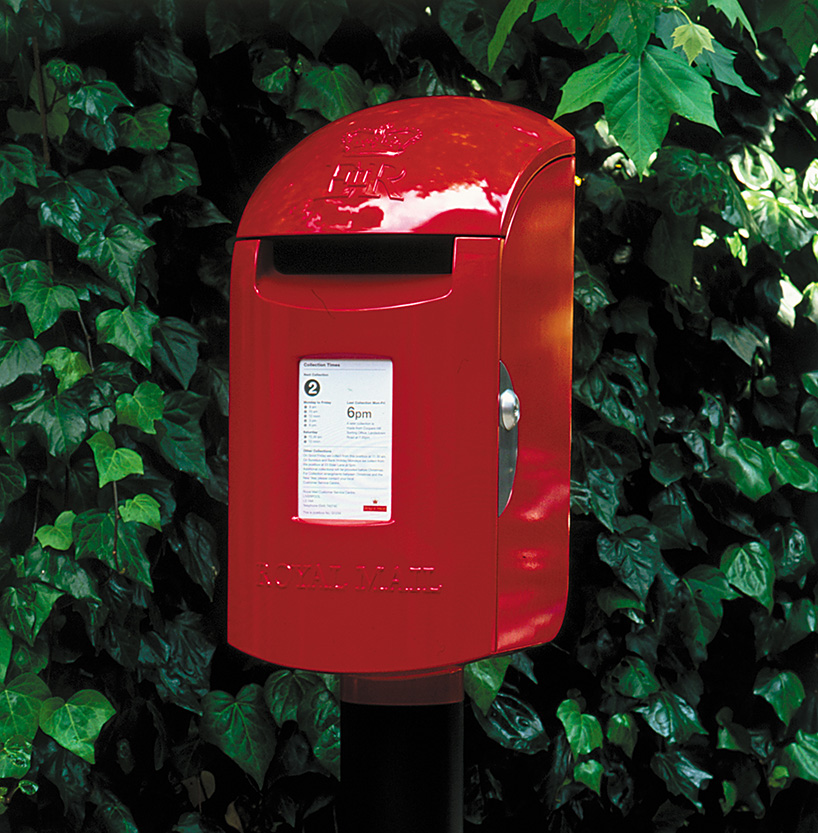 DB: do you keep an eye on what’s going on today in design?

KG: of course, I look at everything and I’m highly critical of everything!

I love it when I see something new that’s well designed, when a new product solves a problem better than it had before. what I don’t like though is when people celebrate fads and as an experienced designer you can spot a fad a mile off. what’s annoying is that something is getting attention but it hasn’t changed things for the better in any way – you just hope it won’t last too long. design is always a constant exchange of good for bad and vice versa.

DB: during your career you’ve updated several celebrated designs how difficult is it to improve upon a ‘classic’ such as the anglepoise lamp?

KG: anglepoise are in the fortunate position where demand for their product is pretty much constant. but they were aware that their line was in need of an update to reach a wider, younger audience. I had to keep in mind not to tamper with their recipe too much, but on close inspection there was definitely room for improvement.

my first version, the type 3 has all the merits of the original but with better functionality. a key feature is the construction of the double shade, which you can touch without burning your fingers. it was manufactured exceptionally well which was a statement from anglepoise on what they were capable of. after a good showing in milan at the design fair it became quite popular and I hope a lot of that is down to its understated design. 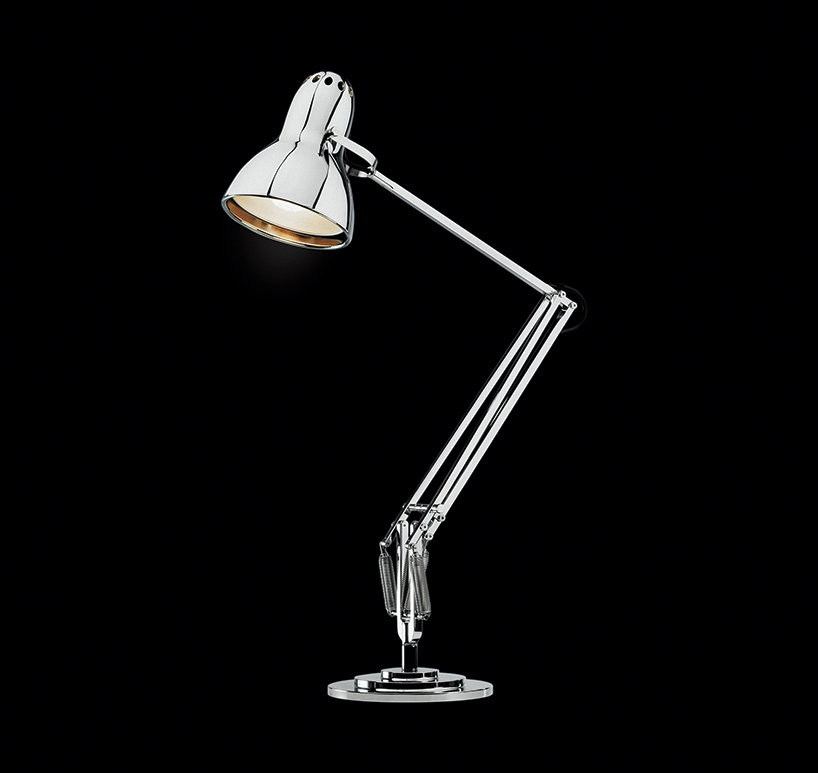 DB: what advice would you give a young designer who is just starting out?

KG: make it your business to know how everything is made. if you’re a serious designer you should be able to go into any room and know how every single thing in it was made and how it came to look the way it does. you need to know about form, materials, manufacturing and the history of things in order to move on from that point. a lot of work has been done for you, it’s important to understand that and appreciate it. when you start with that research you’ll find that it’s bloody riveting what you’ll learn! for example pick up a sewing needle and marvel at how it was made, do you know? I think young designers can benefit tremendously from understanding their inheritance. 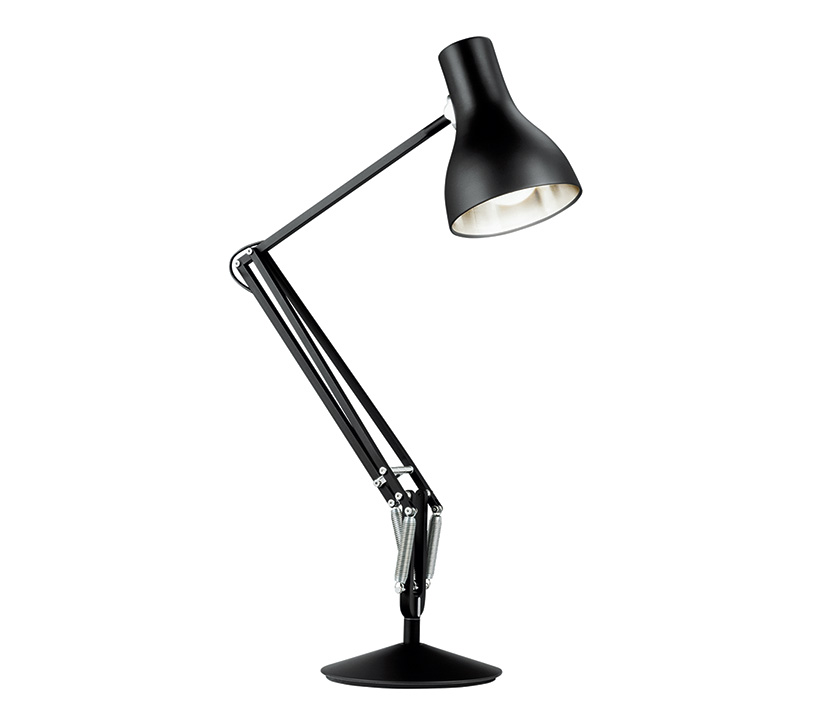 DB: besides your work what are you passionate about?

KG: as you get older you become incredibly critical of things because you’re gradually made aware of things that you previously took for granted, so complaining has become a favorite pastime of mine! I love repairing and restoring things, taking things apart and putting them back together to get them working again – I love problem solving, whatever the problem is. I also enjoy golf, which I always saw as an old fart’s game but once you start  playing it’s dangerously addictive and now I understand the popularity of it. 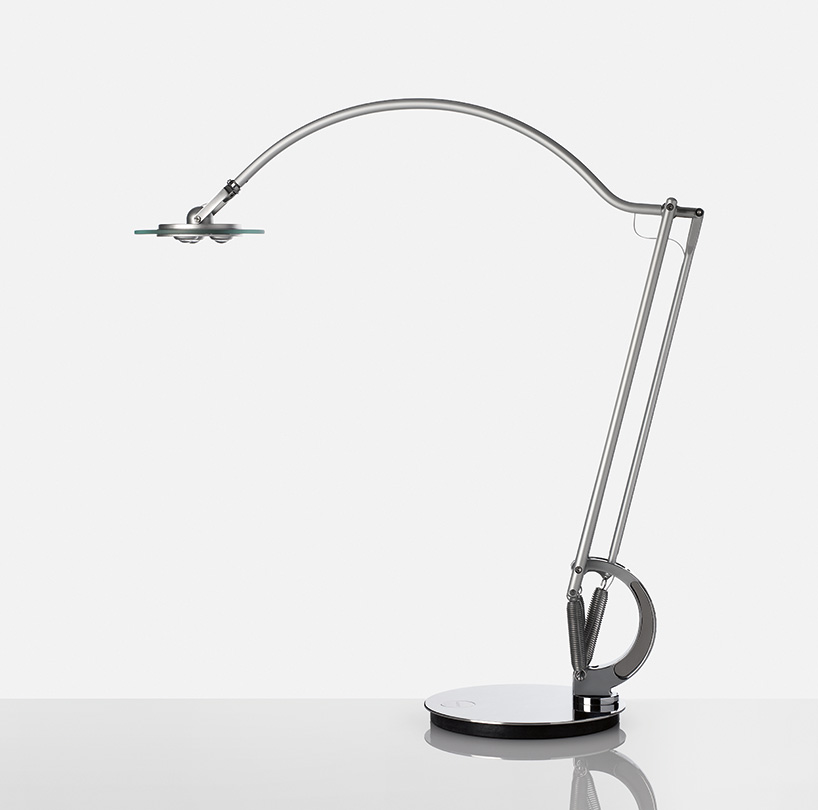 KG: everything and nothing. I think you benefit from not knowing and being curious. innocence is wonderful thing, embrace it and stay hungry.

DB: do you have a motto?