located in southern california, corey holms has juggled working for large agencies and running a private practice for over a decade. focusing on the fields of identity, type and entertainment design, his clients range from small boutiques to large multi-national firms.

corey holms: a combination of album design (people like designers republic, peter saville, malcolm garrett, etc.) and some of the more interesting comic book design happening at the time (dave mckean, bill sienkiewicz, and barron storey, etc.). these led me to applying at calarts (california institute of the arts), where I wanted to take typography courses, which fell under the graphic design track of the art department. 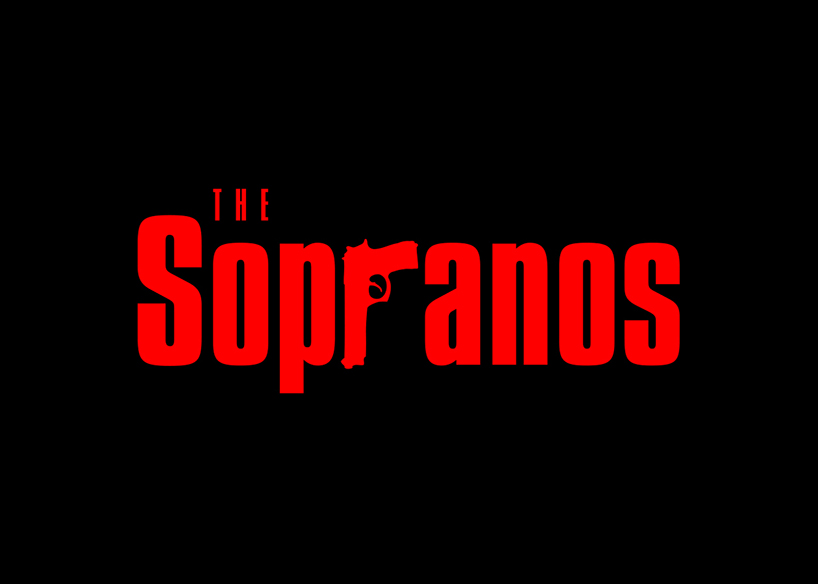 CH: it’s much the same as everyone else’s. you try to understand as much as you can about the project or property you are working on, and try to come up with the appropriate solution, which isn’t always the solution I want it to be. I don’t like the idea of design as author, I like to think of us more as translators.

I won’t try to take liberties and put my flair on something someone is trying to express, it’s more important that the message gets across than that I make my own statement. I try to always do what is contextually appropriate for both the property and the message. sometimes i’m very fortunate, and those happen to be something that’s in ‘my style’. don’t get me wrong, I think style is very, very important, but it’s just one of the tools in your shed. 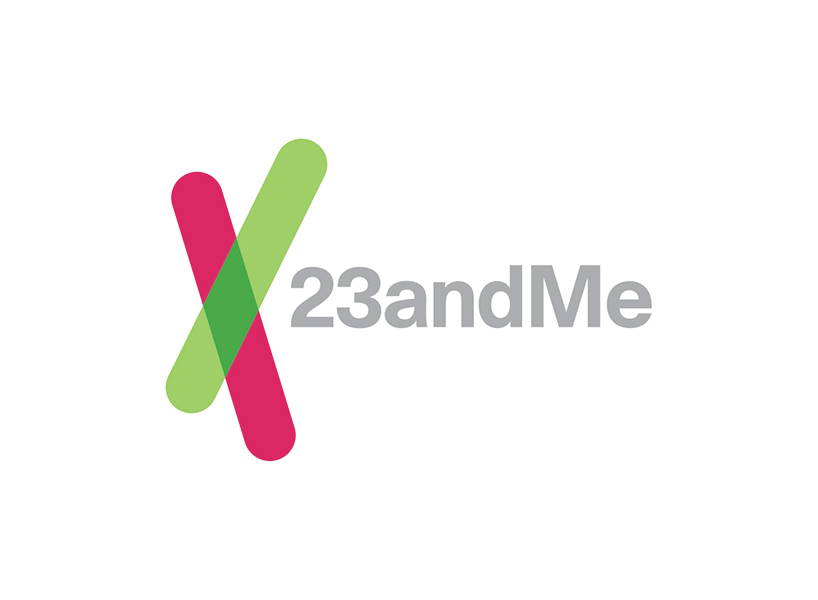 CH: it would have to be brett wickens. as mentioned earlier, I was hired directly from school – graduated on a friday and showed up at his studio at 9am monday morning. he supplemented what I missed by skipping grade in college. he also taught me everything else about the business. even right after I started, I had a wide variety of tasks: sorting the library, regular design work, doing production, meeting with clients, idea generation – the whole gamut of everything a designer does in their career. I was incredibly naive, impatient, opinionated and pretty difficult to get along with, and somehow he not only managed to put up with all of that nonsense, but was nurturing, fun and would challenge me to do my best (really inspired me to want to do better with every project I worked on.) it was the perfect bridge between the coddling of an art school and the performance/impacted schedule-driven realities of commercial design. 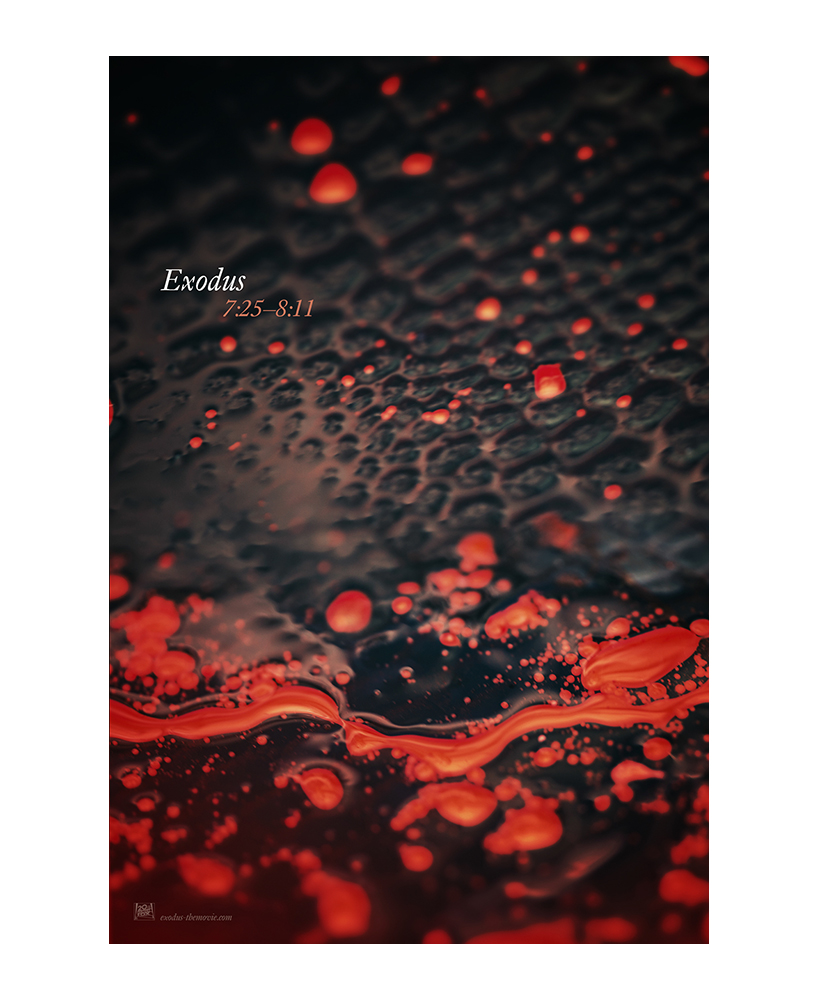 CH: I have no idea! I find myself too deep in the forest to have any kind of vantage point. gun to my head, I would say that it’s probably just being nice. entertainment design is filled with people that take advantage of others, and I’ve never played into any of that, and though I’ve been taken advantage of myself, I think back to all the help I was given, and I try to do the same. I’ve never understood designers who hoard info or assets, and honestly – the return on sharing and helping people out is huge. I’m not trying to paint myself like a saint but just talking base-level, treat people like a human. 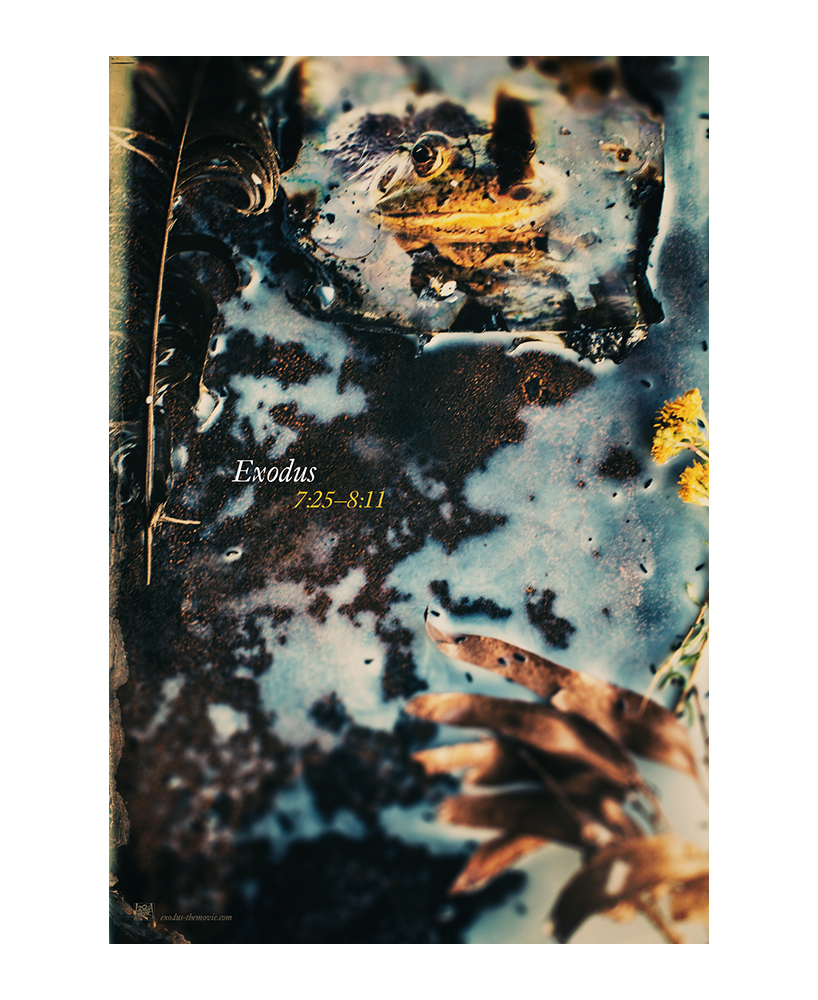 CH: I genuinely enjoy it when I’m given a project where the client has no idea what they want to do, when you’re given an empty brief. that’s really exciting. I’m not really pollyanna, and I know what will eventually come up as the final result, but being able to have the freedom to more or less play on someone else’s dime is thrilling. for example, the exodus posters started well over a year before the movie came out. as soon as you hear who is in the movie, who the director is and the scale of the movie, you can close your eyes and know exactly what the final poster will look like, and yet I was given free reign to spend a day in the reservoir across the street from my house finding detritus and weird things to make fetish totem dioramas inspired by the bible verse that detailed each plague. the client knew that this was going nowhere, I knew this was going nowhere, but they wanted to see it just in case. so I got to work all in camera, which I never get to do, and it was so much fun. even though 99% of what I do ends up in the trash can, I’m given a luxury that few others are, the ability to explore nearly as many avenues as I want. 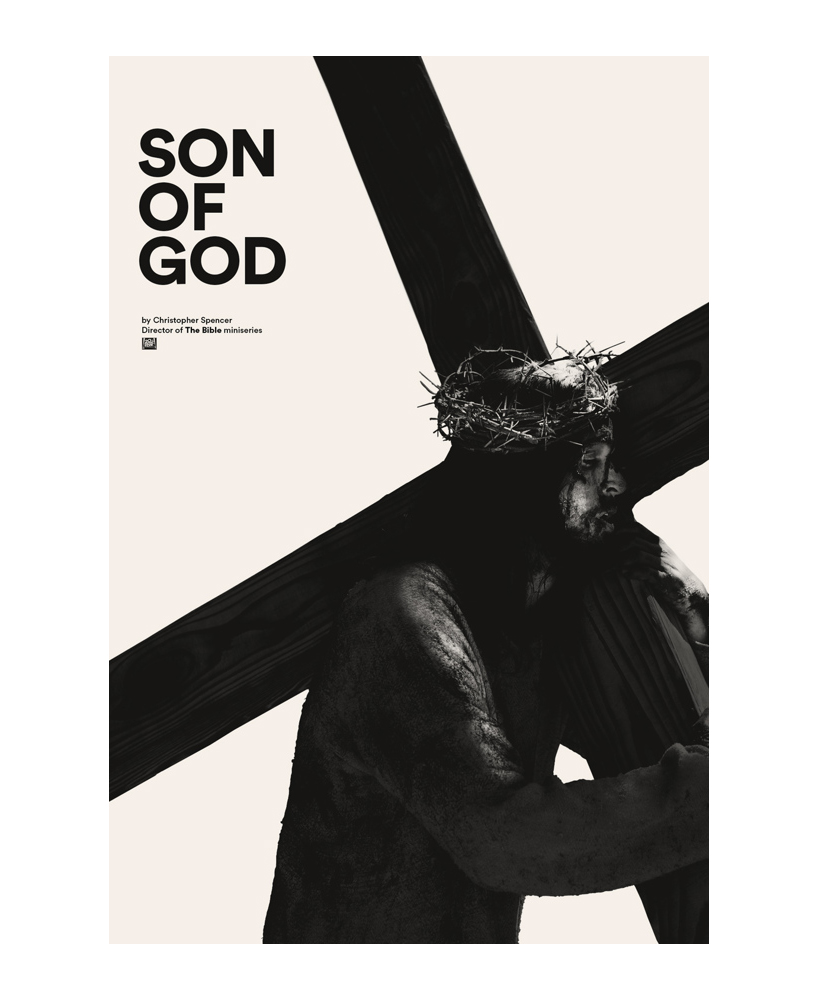 DB: what are some good rules of thumb to keep in mind when creating a new visual identity?

CH: keep it short, keep it simple; it needs to work at a quick glance. 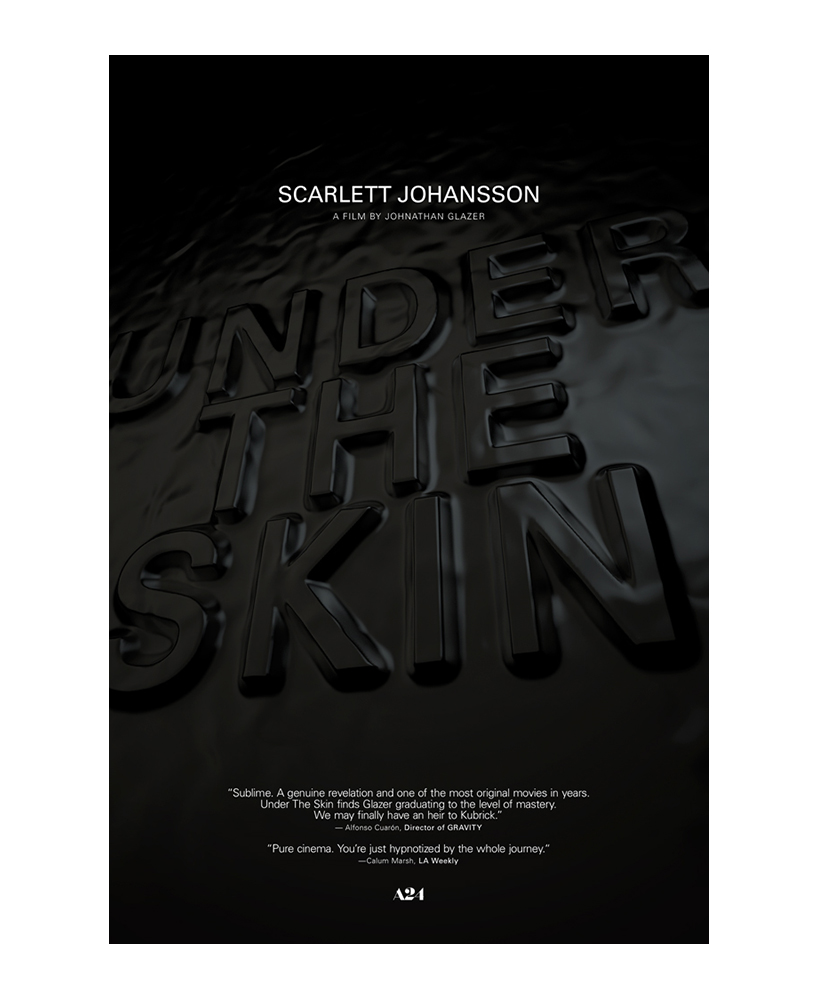 CH: essentially, I love the idea of specialization, and it’s very needed, but not everyone can be a specialist, nor will the market support a flood of specialists, so therefore you must have generalists. I consider myself a weird hybrid of the two in that I specialize in one specific industry that encompasses the entire range of styles, and so I have to be a generalist in all those to do a job as a specialist. the generalist is also needed to be the bridge between specialists to see the big picture, while ensuring that each specialty is done at its best. there are a lot of designers who need the variety to work to feel fulfilled. doing a menu can be fun, but 5 days a week, 10 hours a day of menu design is an odious prospect to a lot of people. 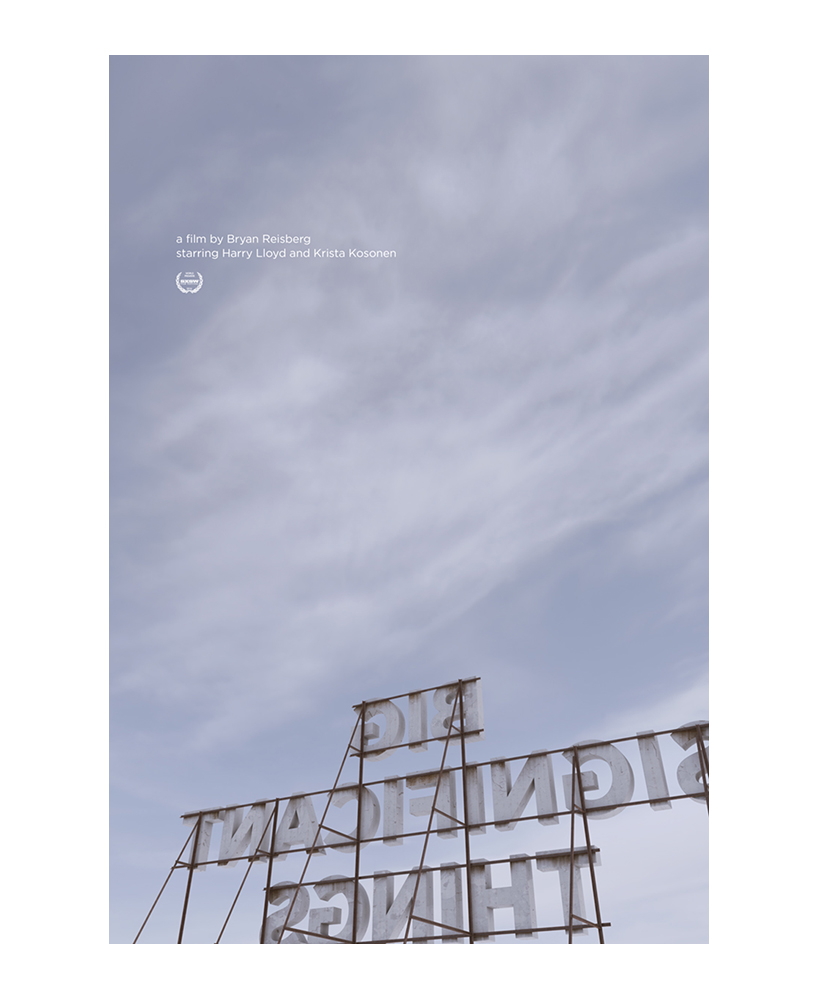 CH: it has accelerated trends and ways of thinking. in the past, you would have someone visit a country, hang out with the local designers, be inspired, bring it back, and over the course of many years, would disseminate those ideas into the designer’s local culture. now these things run their course in a matter of months. it’s a double-edged sword. the benefit is that we have the entire world at our fingertips, which is also our curse, and we’re expected to operate at a ridiculously increased pace. 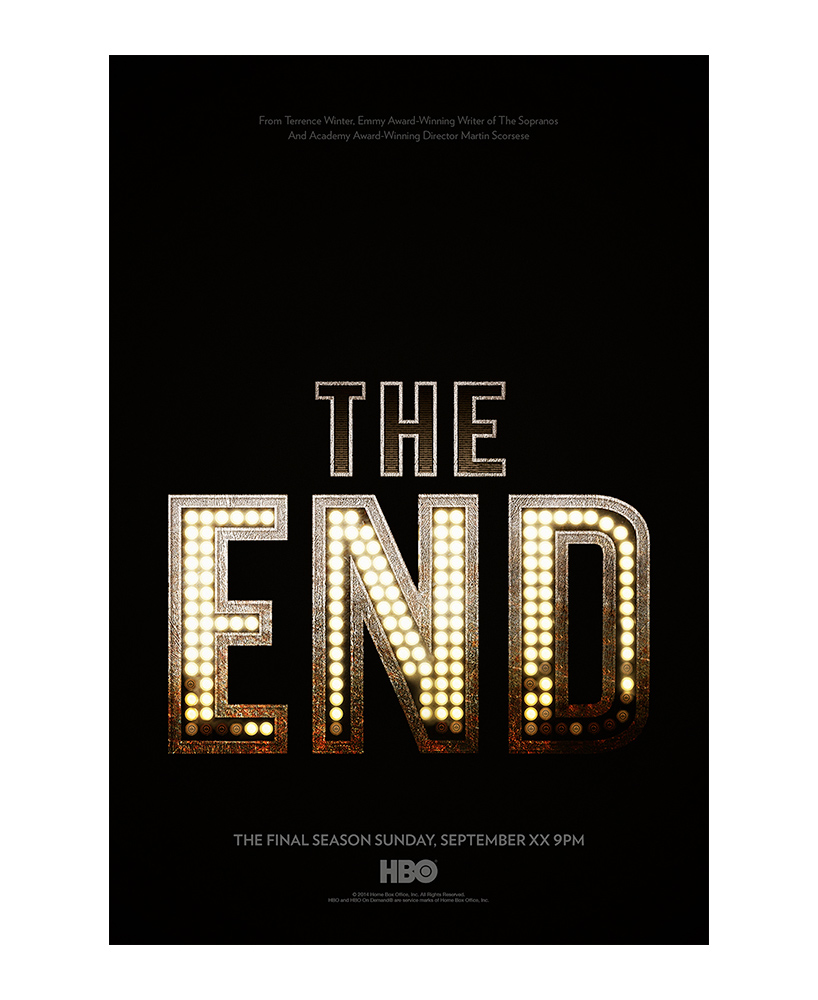 CH: I absolutely love photography, and have been incorporating that into my design work (which goes back to always increasing my skills and being able to offer more.) completely unrelated to the field of design, I have just started building a modular synthesizer. I think it’s important to have a side obsession to offset the design obsession. 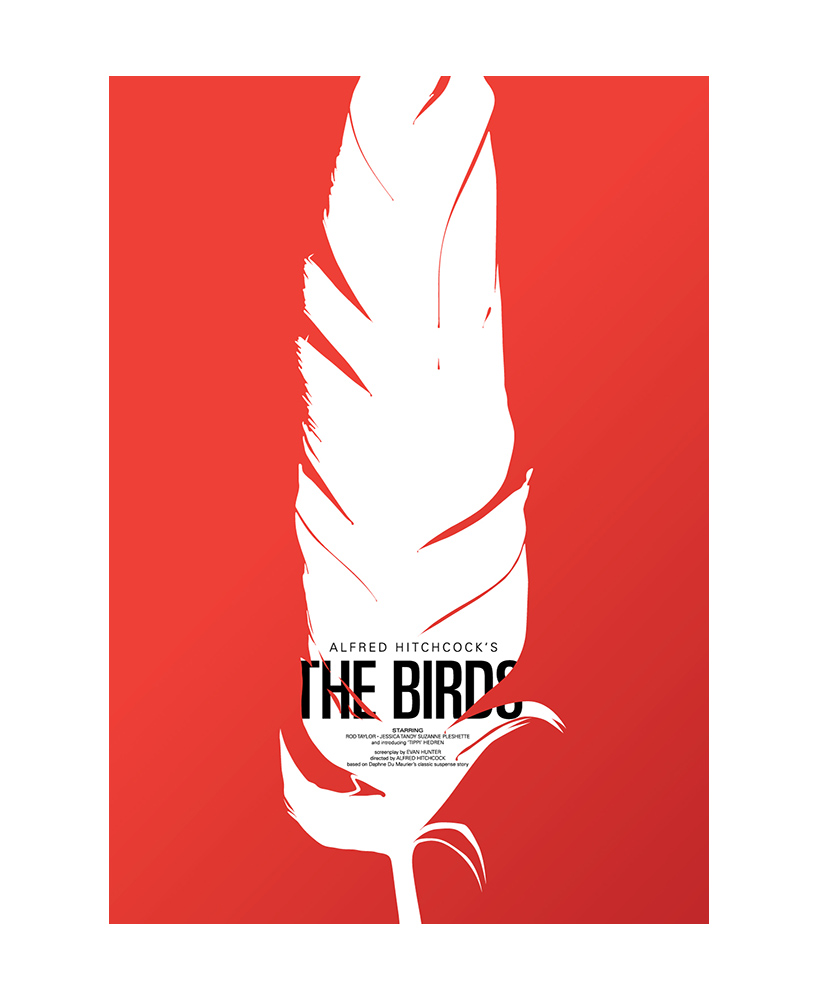 poster for alfred hitchcock’s ‘the birds’

CH: I don’t so much have superstitions as routines, which are probably more or less the same thing. my routines make my days run smoothly. I get up, make a cup of tea, then take a walk. I will almost always have lunch at the same time, then depending how the current project is going, I will take another walk. depending on the project phase, I need either silence at the first stage so I can think about things, podcasts at the creation and building stage, and music at the production phase. I find that these kick my brain into a kind of a groove that is the right speed for each task. although not really superstitious, I doubt there’s much of a science behind these routines. 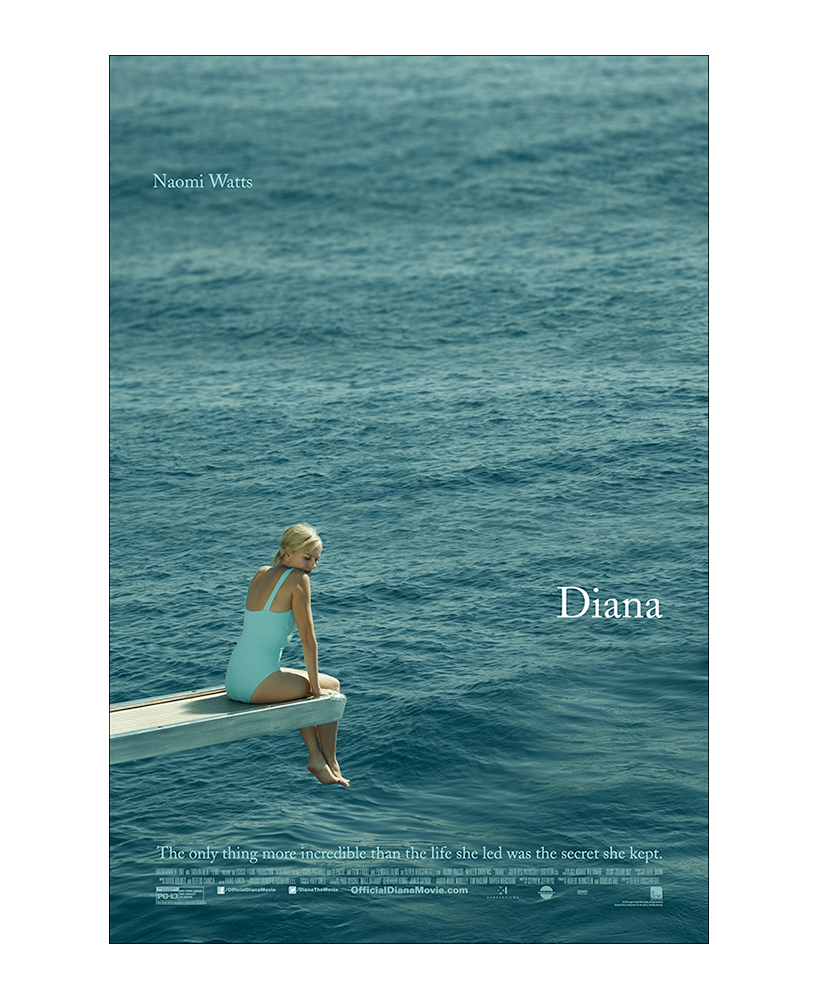 DB: what’s the best piece of advice you’ve even been given?

CH: shut up and listen. 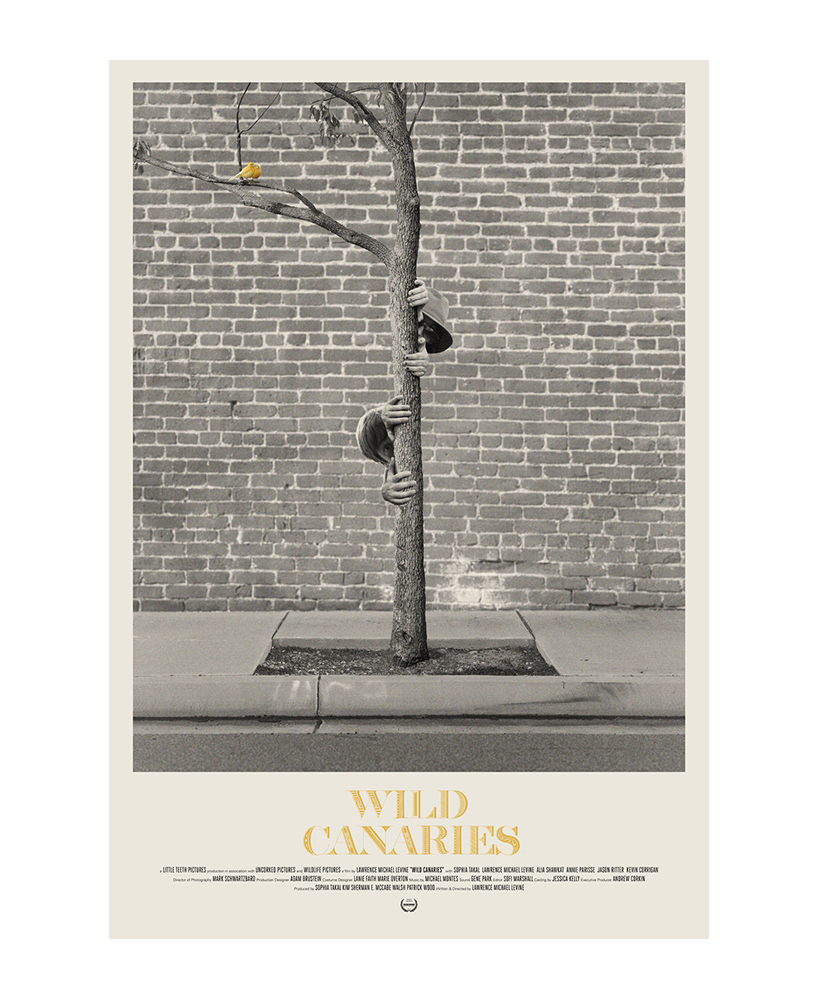 poster for the SXSW premiere of the film wild canaries

DB: what’s the worst piece of advice you’ve even been given?

CH: if you’re job is no longer fun, find a new job. very rarely has the job ever been the problem.

Sep 30, 2022
living plant controls a machete through an industrial robot arm
the plant acts as the brain of the robot, determining how the machete swings, jabs, slices and interacts in space.
design
+36.1K shares
readers
connections: +520