marc català graduated from the eina school of design and art (barcelona) in 1999. after working for four years at grafica (madrid and barcelona) and later pentagram (london), he went on to found mucho with pablo juncadella in 2003. from its offices in barcelona, berlin, newark, paris, san francisco, london and new york mucho offers creative strategy and design for all kinds of clients — from boutique businesses to multinational corporations.

under this view it is also relatively unimportant to be a graphic designer. as a matter of fact I would love to be a writer, or a film maker, or an illustrator, or a stylist, or a tech maker or an artist, and I think life’s too short if we can’t do all of them. I see graphic design as a very good discipline to try to incorporate all those things and more.

back when I began I also have to say I wanted to earn a decent living. graphic design seemed a good way of combining all my desires. 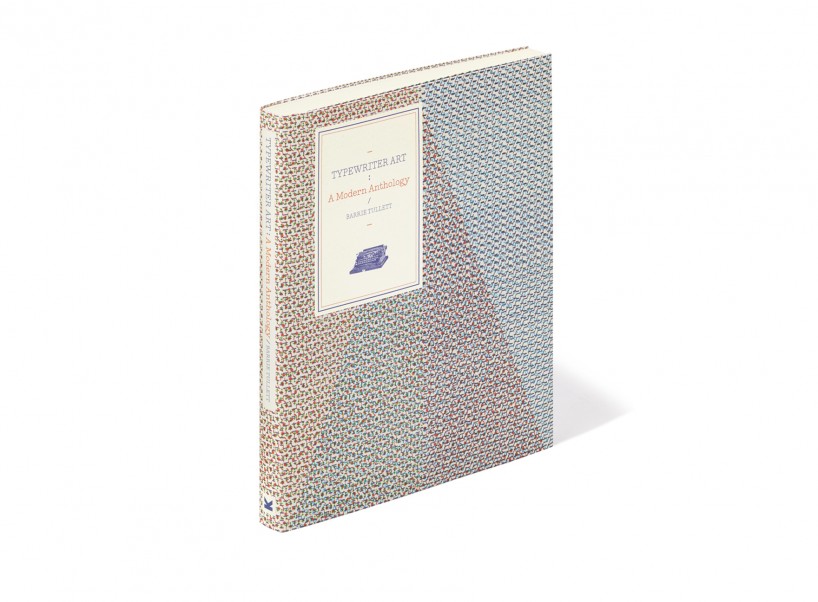 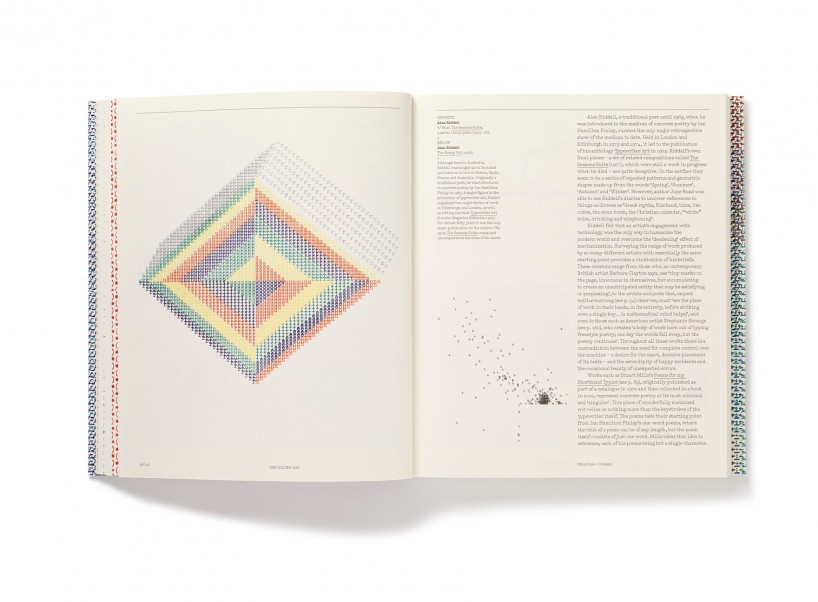 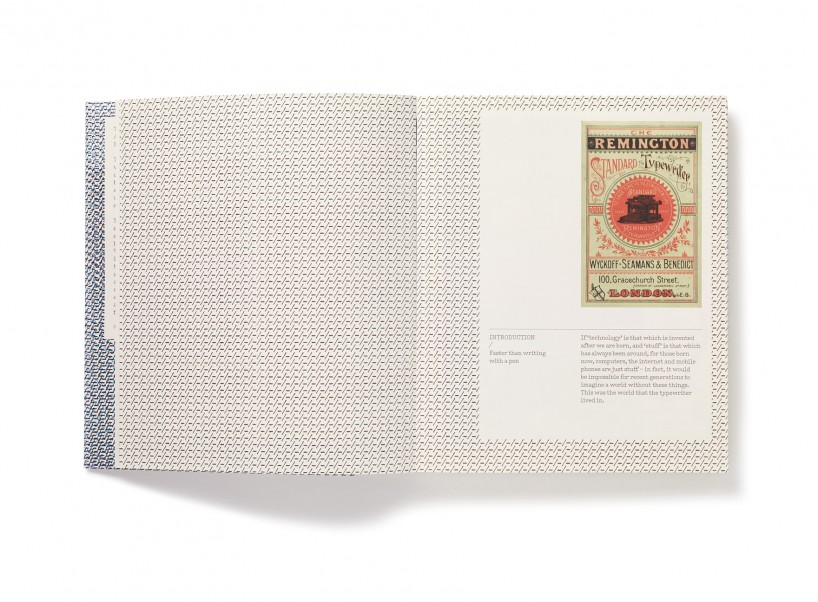 MC: I believe graphic designers are visual writers. we generate meaning through images. and it is fun because there are a lot of other visual readers out there who get it: graphic designers, filmmakers, artists, photographers, stylists, architects etc. and also the general public, although we who believe in this should do more for people to think visually – not verbally. we write in images.

MC: I would say pablo martin and fernando gutierrez during the time I worked with them at graphica and after that at pentagram have been the biggest influences on my graphic design approach. but then my views on everything including design have evolved greatly due to all the images that have resonated with me. finally, I learn more from working every day with my partners at mucho, than from anybody else.

plastic became the focus of the image and the exhibition. when its solid state is controlled, plastic can acquire very refined shapes; in a liquid state, however, its randomness can be very anarchical

the signage, in turn, played with the possibilities of plastic as a material

DB: has anyone or anything recently challenged your views on graphic design?

MC: I think my generation has lived through a digital revolution that has meant also a revolution to how visual writing is produced. and although the key value of generating meaning (and therefore conceptual thinking) has been maintained, I think it is fair to say that the blast of the beginning of the digital era has meant evolution to the point of change. if anything pushing us towards where we were headed anyway. at mucho we have started a process of insight or strategic thinking which is a search for meaning in a way we didn’t dream to do just ten years ago. 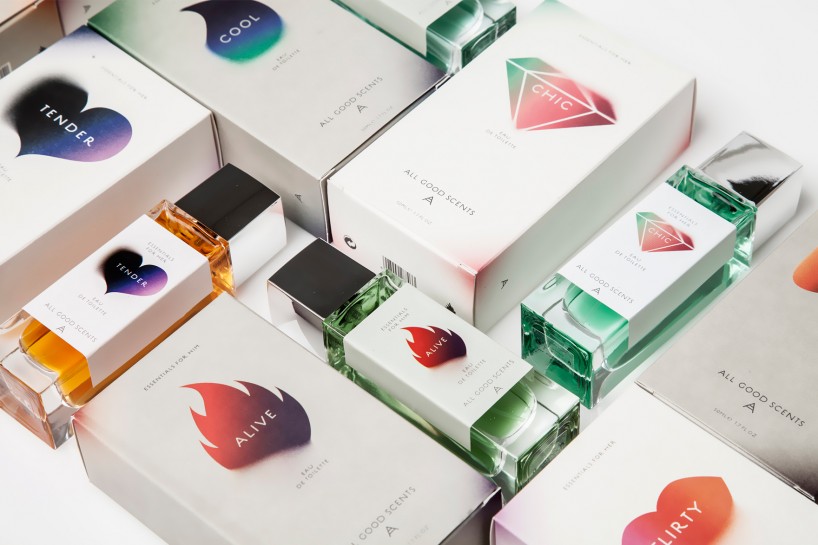 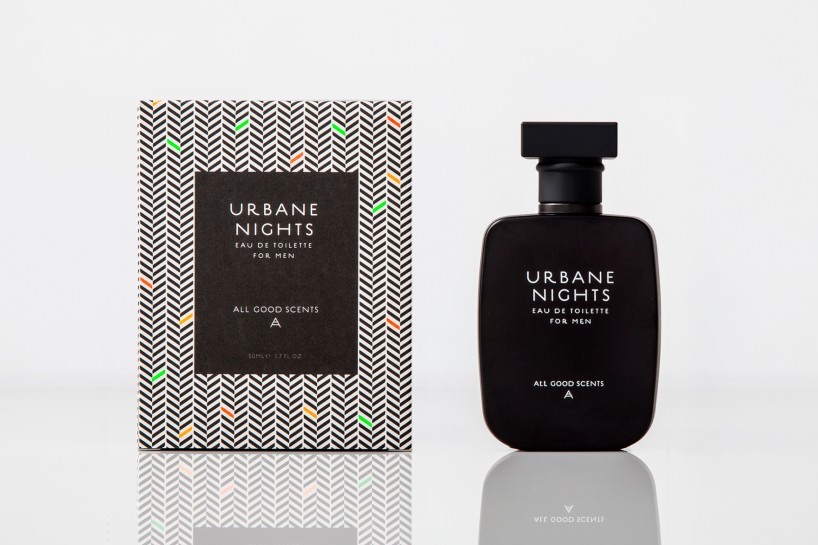 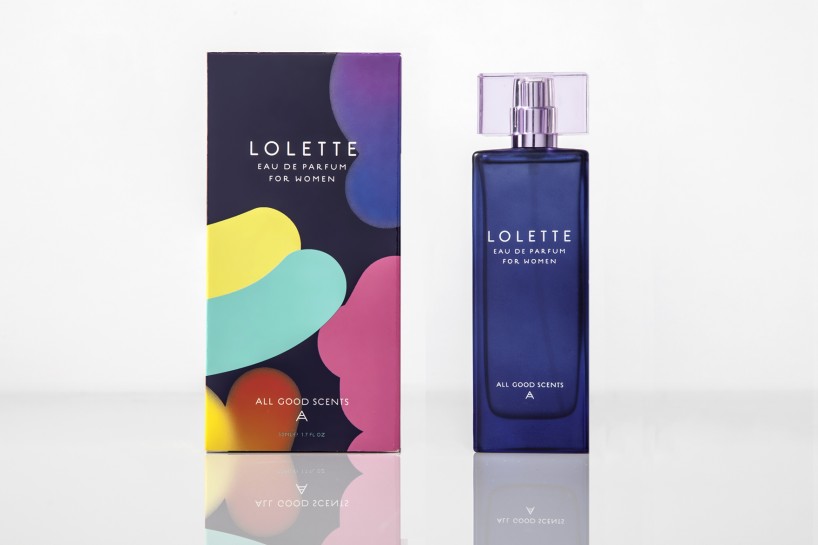 MC: the perfect brief: a creative challenge, an interesting and open client, a job well paid, a possibility for learning, a real possibility of improvement for either the company or the public or ideally both.

how many briefs have arrived at the studio that complete this wish list? very few, if any. the bottom line is to always make the most of it. 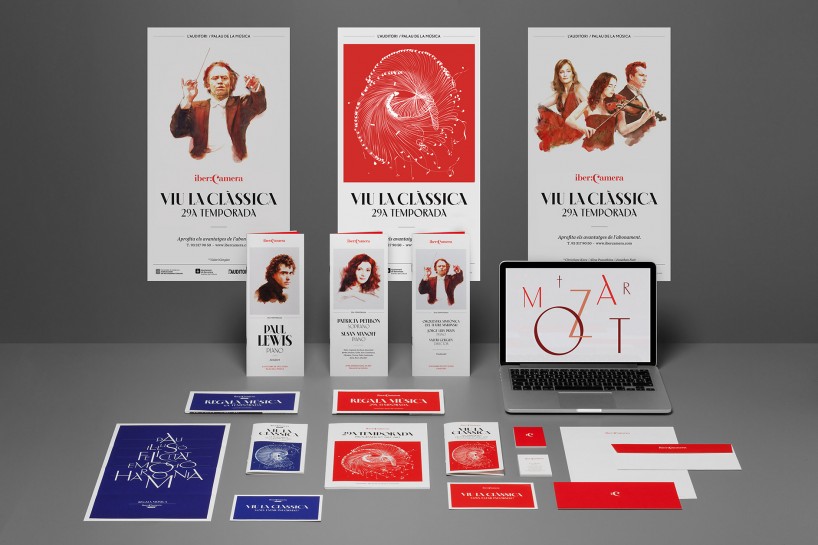 grup camera – brand identity, strategy and art direction for grup camera, which has several sub-brands: ibercamera is a commercial brand and series of classical music concerts, while agenciacamera manages the hiring of artists. there are also two new brands: la filarmónica – a concert series designed to establish the group in madrid, and falado – a festival introducing classical music to younger people. 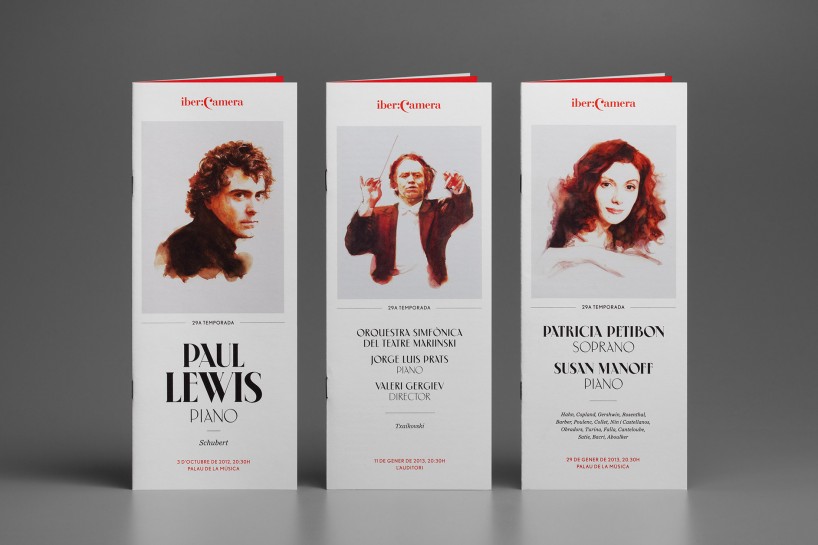 illustrations by  berto martinez, a custom typeface ‘fálado’ and consistent art direction across the brands forms a unified visual language, that still allows each sub-brands to speak for itself. 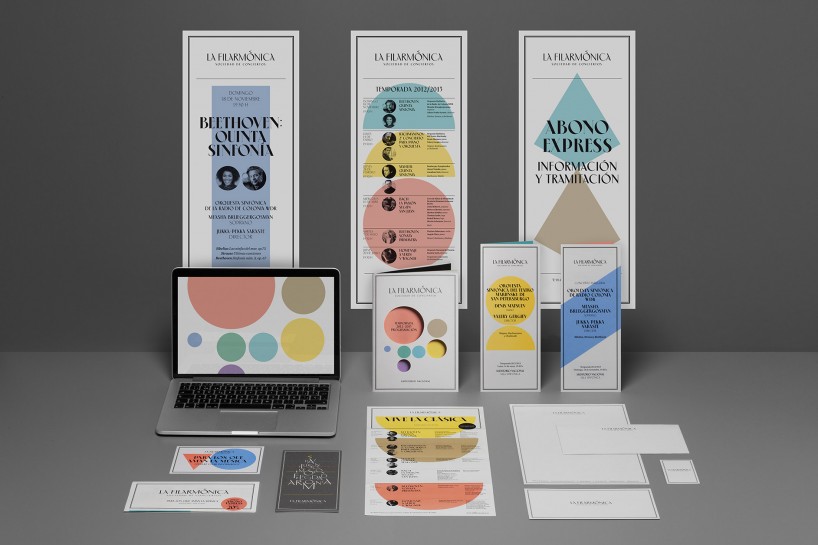 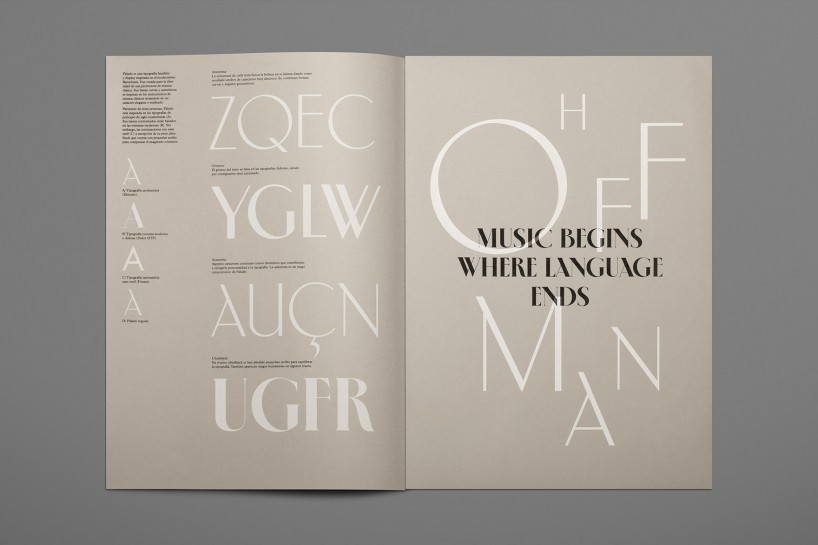 fálado – a typeface inspired by barcelona’s modernisme movement. its curved, asymmetrical lines, inspired by the city’s architecture, lend it a certain elegance and exclusivity.

DB: what is the most important thing to remember when creating a new brand identity?

MC: it is key to really understand the client. and by that I mean understanding their motivations and beliefs, not just what they write or say in the brief. this is so important to us now that for all brand identities, (and for big editorial and packaging jobs) we are applying an analysis methodology based on different strategic process and which include interviews, workshops and debriefing sessions, to find out not only the rational reasons but also the emotional beliefs behind the brand. then you understand the meaning of who they brand is. after that you are fit for communicating those beliefs through a visual discourse.

another key thing is to be able to talk to the person who can say ‘yes’, it being the CEO, or someone who can decide. with many middle to big corporate jobs you start dealing with people who can only say ‘no’ or pass the decision upwards.

DB: what are some common mistakes one should avoid when working on an identity?

MC: treat the client gently, and provide them with a good service, it is a key time project to them. but stand your creative ground if you need to.

don’t show too many options, if more than one. personally I still don’t know if only one is best, because sometimes you need to involve the client in the decision process. but in any case it is important to remember that he has chosen you to solve the problem, so its key to have decided which one or two of the options you really think are good before showing anything. it avoids the problem of him choosing an option you realize you don’t believe in after all.

oh, and a final tip: when you show the logo, show it through a little clip, a small motion video with a chosen corporate tune. for many clients it is a real seller, and motion graphics allows to tell more about the brand as it includes the sound, and moving elements.

telerama – design and art direction for the french magazine

MC: as I mentioned earlier, the digital revolution (for want of a better word) has brought big changes to graphic design. we have much more resources, access to information in a speed and an amount and in such a simple manner as we never had before, and we are connected globally both to people and through work.

but the challenges are big too. for one we are all looking at the same work. I firmly believe that my own idea of authorship, which has been learnt from the western idea of authorship has to be revisited. we have to be able to produce things which are ‘new’ or at least ‘fresh’, while building on what others have done, without being dragged into the ‘copying’ debate.

there are a lot of very talented people doing amazing things. there are a lot more than there used to be. should we view them as competition? or are there still too few people who believe in creativity in proportion to those who don’t care about it?

if we need to build together, how can each one of us add real value and thus contribute to design evolution? 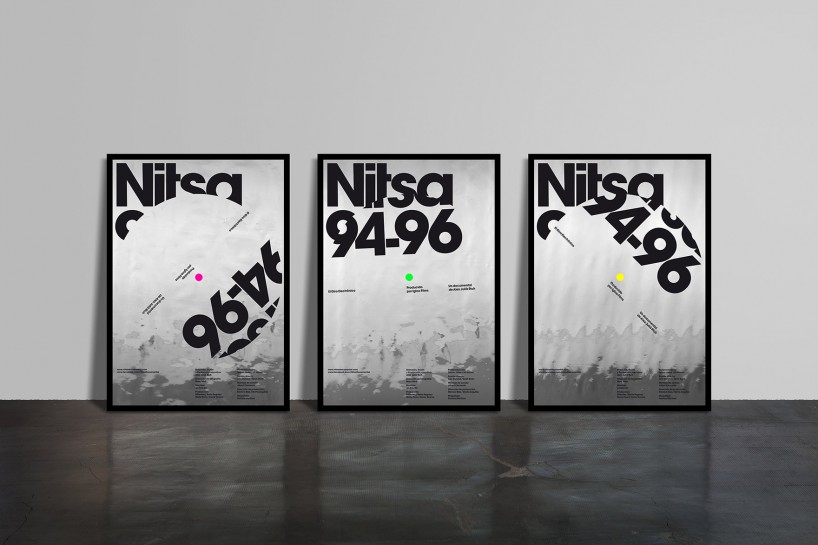 DB: what is something that you are currently fascinated by and how is it feeding into your work?

MC: I am really interested how we can evaluate brands, teams or groups of people through psychology and sociology. how they are entities in their own right separate from the individuals who are part of them, and how that translates to meaning as a group and obviously how that translates visually.

I am perennially interested in art in its many forms, but let’s say I spend more time looking and reading art websites and in museums than looking at design blogs or design magazines. I am also very into technology and learning about it to apply it to creativity. recently I am focused on understanding mapping techniques, sensor responses for interactive installations and I am trying to learn cinema 4D and aftereffects through tutorials and thanks to the designers help at the studio. it is hard at the beginning but fun!

in recent years I have been inspired by TED talks more than anything else.

mother – naming and identity for a cold pressed juice company

MC: I believe that astrology and horoscopes are a pretty accurate way to judge people’s characters, although I don’t believe they can help you predict the future. it’s crazy perhaps, but I have believed this for a very long time and still do – largely because I can’t say if it’s complete bullshit or not… yet.

DB: have you set yourself any personal or professional goals for 2015?

MC: sort of, here’s my wish list: improving ourselves as a team at mucho, doubling our turnover, doing at least one amazing project, enjoying life with my wife and daughter, doing a self initiated technology inspired investigation project, finishing a personal art project which is going on forever, and learning to smoke properly, that is, cigars and only once or twice a week.

coma – brand identity for a consultancy offering analysis, strategy and support to foster talent and leadership 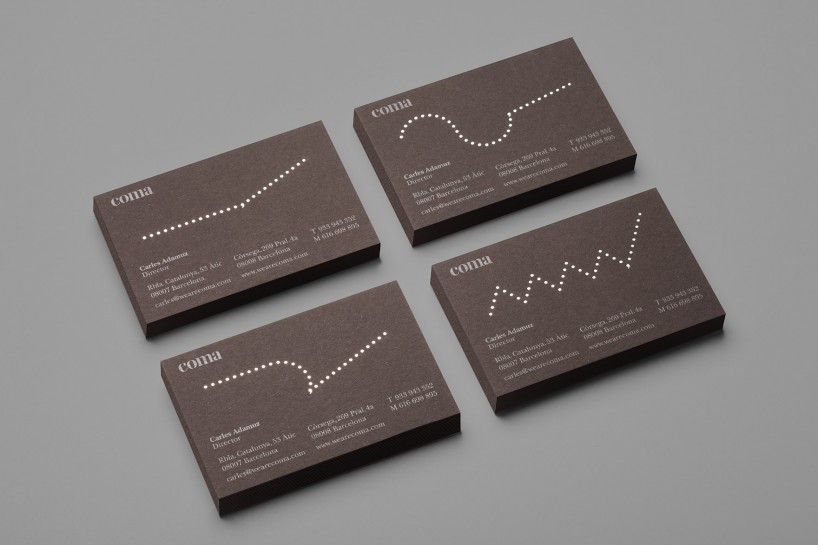 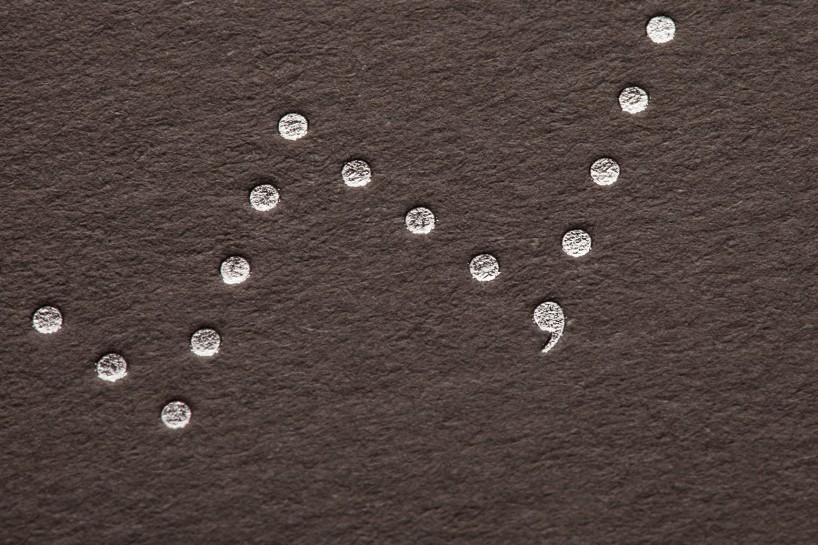 MC: probably what I said earlier: speak to the guy who can say ‘yes’. I’m not sure its the best, but its one of the best ones. I heard it from mario eskenazi first, and I think he heard it from carlos rolando, also but I don’t know who said it first.

Jun 01, 2021
naturally cooled 'groundfridge' is a sustainable alternative to refrigerated cellars
'groundfridge' requires no electricity, as utilizes the insulating capacity of the ground and the cooler night air temperatures.
design
741 shares
connections: 64