designboom interviewed NIKE‘s footwear designer and head of the ‘flyknit collection’ rob williams to find out about the technology, processes and development behind the innovative shoe.  the ‘flyknit’ range challenges the status quo of foot wear design. the lightweight running shoe is fabricated without seams – repositioning the landscape of not only the product, but also the manufacturing with new techniques and philosophies to produce a new generation of high quality sportswear.

designboom: can you describe the NIKE flyknit innovation and explain how it differs from other shoes in NIKE’s running collection?

rob williams: the flyknit process is a method of crafting a shoe in one knit layer. for thousands of years shoes have been made with a cut and sew process.  with flyknit a designer is now able to think about the shoe as one layer, with all of the needed support, structure and breathability built in to the design. 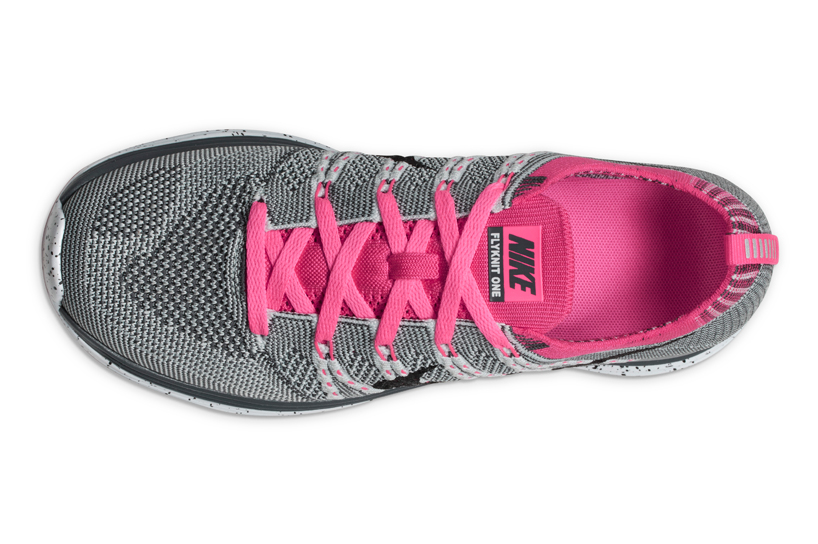 designboom: how has flyknit technology evolved and how does the approach to the manufacturing process differ from other methods?

rob williams: flyknit has evolved from just a dream that a small team of NIKE designers and engineers had years ago as a way to enhance the performance of athletes, and fast forward to today where we are able to produce shoes for the market. the main difference in the method of making is that a machine knits a structure based on information it receives from a software program that is translated from an original design.  this is much different then the traditional hand crafted process generally used to make a shoe that is based on a series of patterns provided by the designer.  a designer is still the first step in the process but what happens after the design handover is very different. 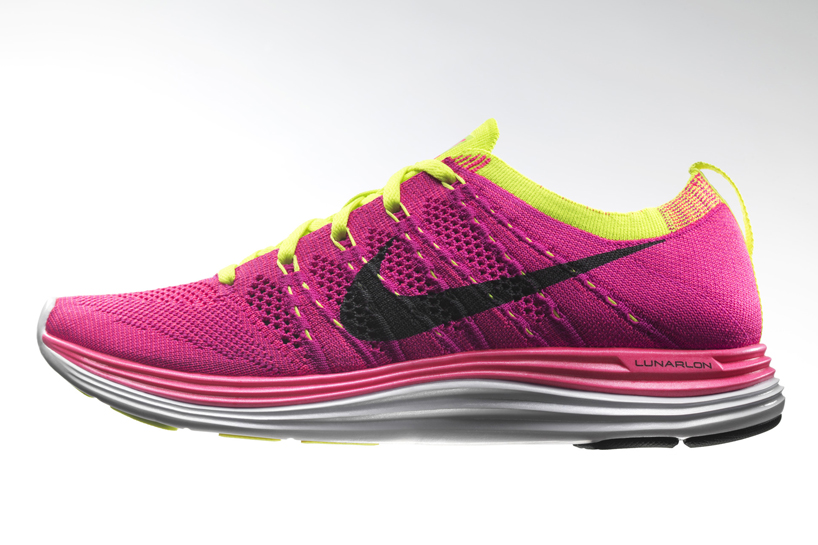 designboom: how much of a role has sustainability played in this?

rob williams: sustainability is a product of the process.  the dream was to give athletes the best possible experience of fit and lightweight performance wrapped into one.  naturally this means removing weight and extra layers of materials.  that alone makes the product more sustainable simply because you are using less.  now add to that a modern way of crafting footwear that only uses the exact material needed and sustainability becomes the product of an intelligent process based on bringing the best performance possible to an athlete. 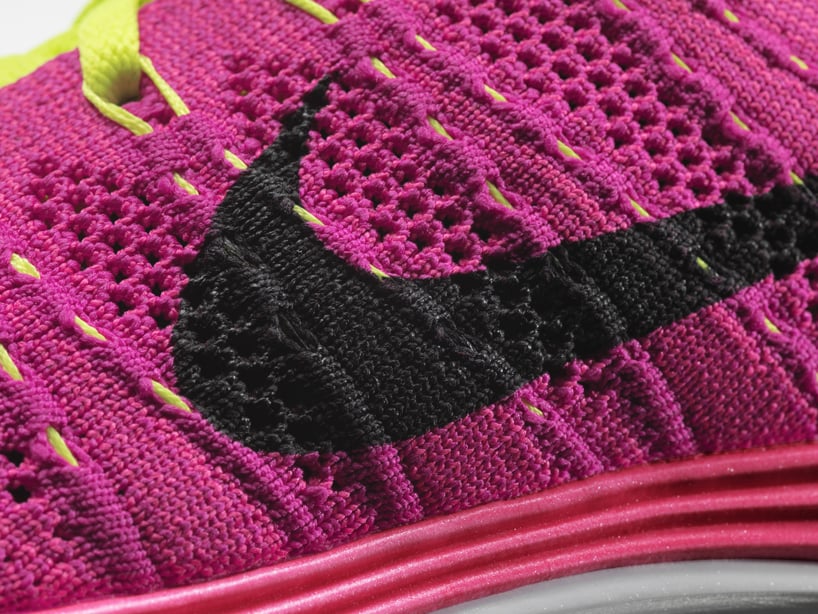 detail of the knit composition

designboom: what were the biggest difficulties you encountered during the design process and what has influenced the final outcome?

rob williams: the implementation and execution of changing the way that a product has traditionally been made isn’t always an easy transition at a large company. with flyknit there was a learning curve and many things needed to be worked out.  the good thing was that we had the full support of our leadership.  the infrastructure was built so that flyknit could succeed.  the shoes turned out exactly as the team wanted, lightweight, supportive and great to run in. 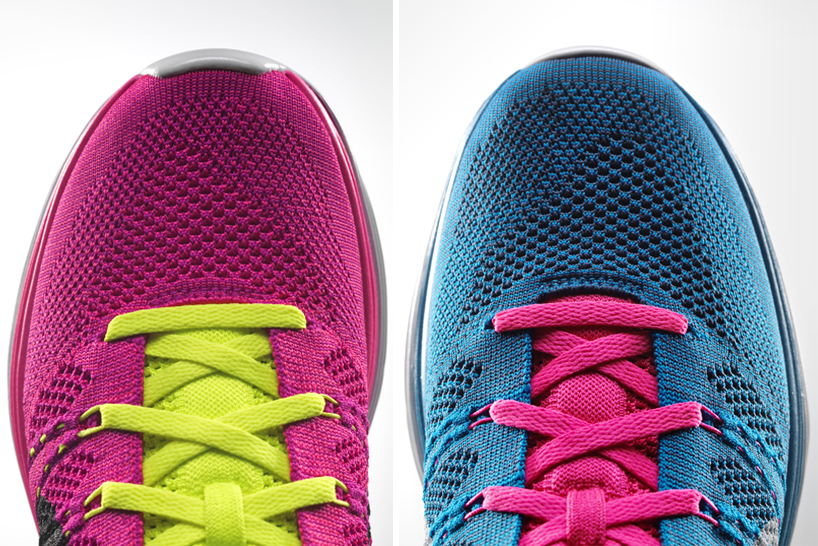 designboom: in your opinion, what do you think are the future trends of NIKE shoes and high performance footwear in general?

rob williams: the trend right now is towards a product that allows an athlete to move very naturally.  i see this trend continuing.  the human body was made to move.  we should design to enable this natural ability not restrict it.  also, the idea of doing more with less is always alluring.  another trend i see is the look and feel of the product only being achieved because of the way that the product is made. there are a couple of emerging technologies like this and flyknit is one of them. 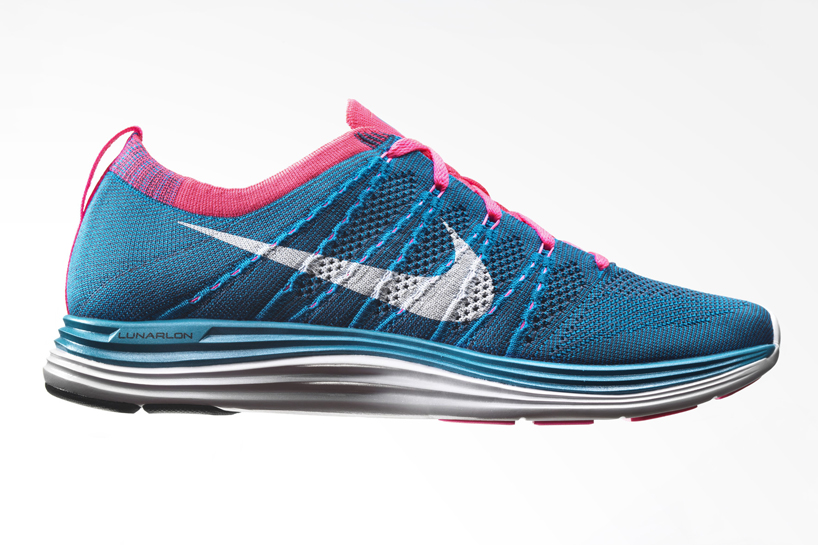 designboom: where do you see NIKE’s flyknit footwear making the biggest difference in terms of performance? how have athletes and regular users responded to the shoe?

rob williams: running will see the biggest impact from using  flyknit in terms of performance initially.  the single layer reduces weight and areas of friction against the foot and is a perfect tool for making a great running shoe. I’m sure as we learn more about the technology we will be able to apply it to other sports. the feedback we have had from athletes has been overwhelmingly positive, we work with an elite stable of world-class runners and we listen to all the feedback we get from them.  in fact mo farrah won the gold medal in london wearing a specially made flyknit upper with a spike plate. with the flyknit one+ we have combined our lunarlon cushioning to give a soft but responsive feel to the shoe, the athletes we have worked with really like this combination. 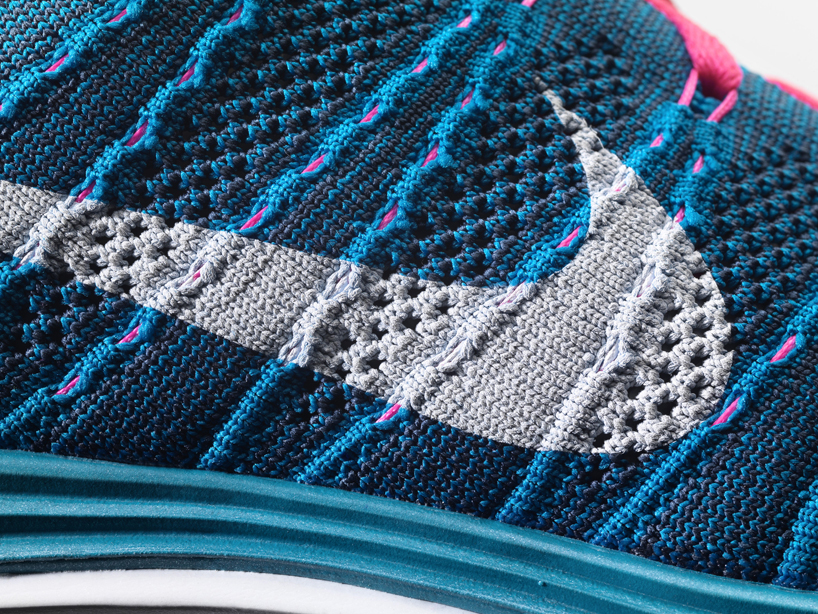 the flyknit is made from a single knit layer

designboom: what’s next for you and NIKE?

rob williams: for me it’s pretty simple, just keep pushing to innovate.  at NIKE innovation always stems from a performance insight, so we’ll continue to find those insights and combine them with elements of modern craft and technology. the flyknit is a perfect combination of these things. if you look at the shoe it looks almost crafted by hand, but is made by a machine.  there are so many opportunities to advance design by working at NIKE, simply because the culture of design lives and breathes here. it’s an exciting time for sure. 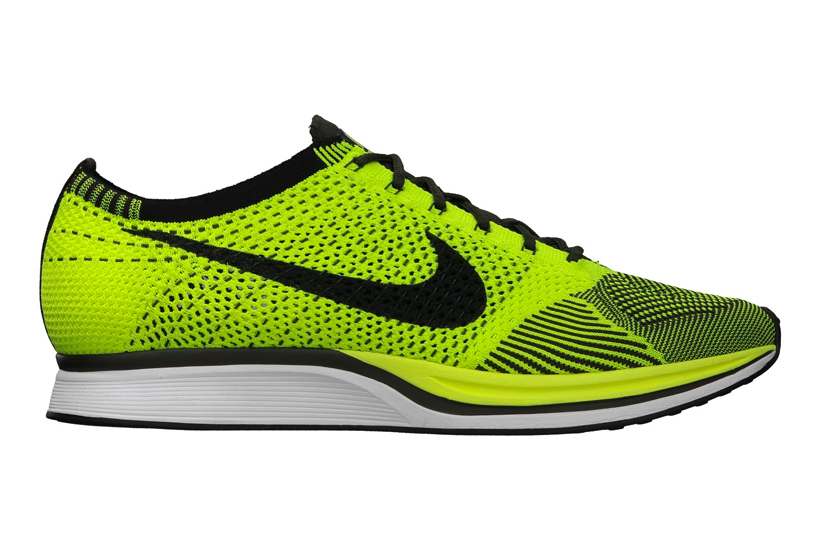 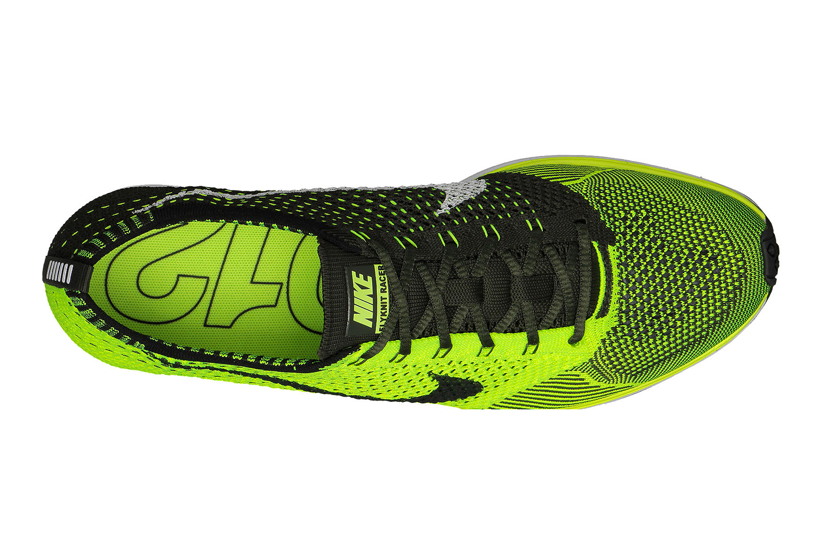 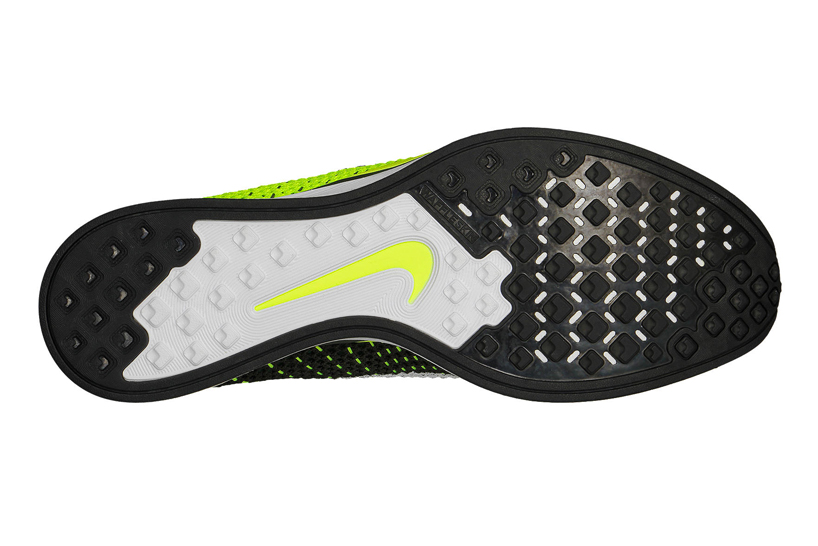 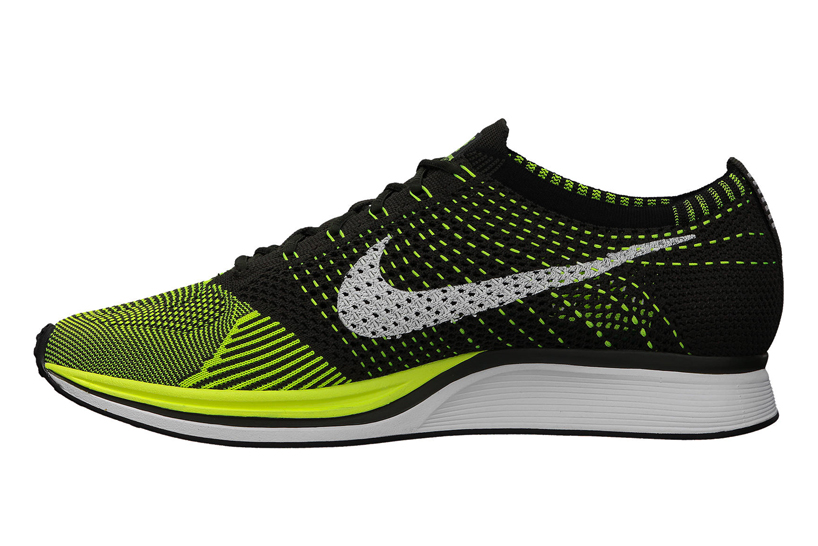