snarkitecture is a brooklyn-based collaborative practice founded by daniel arsham and alex mustonen. designboom asked them about their process and recent projects.

designboom: how did the two of you meet and decide to start your own studio?

snarkitecture: we met when we were both students at cooper union where alex was studying architecture and daniel was studying art. in 2006, dior commissioned daniel to do a site-specific install in their store in los angeles, and he enlisted my help to work through the parts that were more architectural in scope. in 2008, snarkitecture was born. 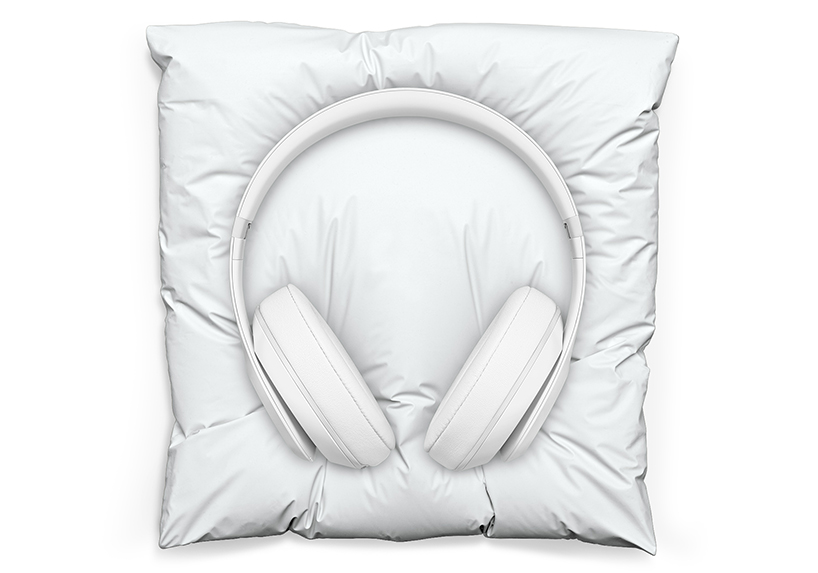 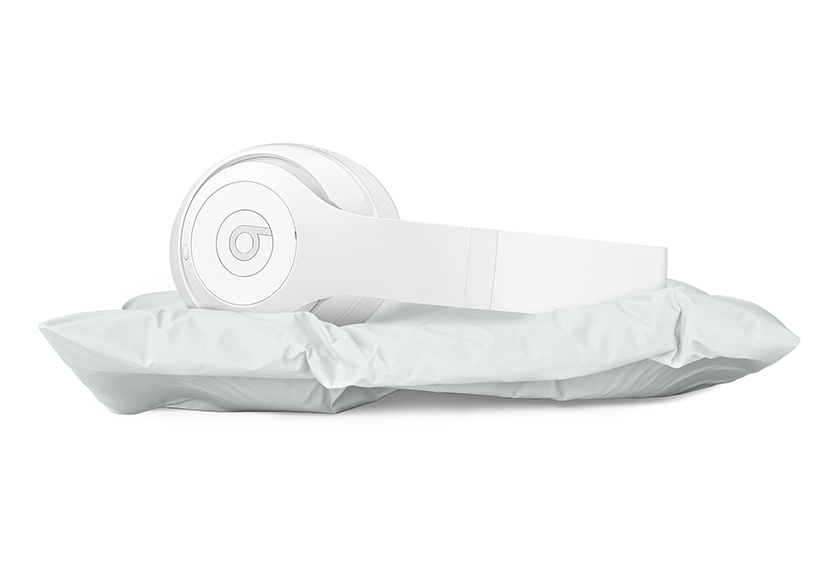 see our article on this project »

DB: how do you divide or share the work you do?

S: snarkitecture is a collaborative process at its core. it’s a dialogue-based practice more than it is a divisory one. seeing a project through to fruition involves a back and forth – a working through of questions posed by art, that architecture is able to answer, and vice versa. 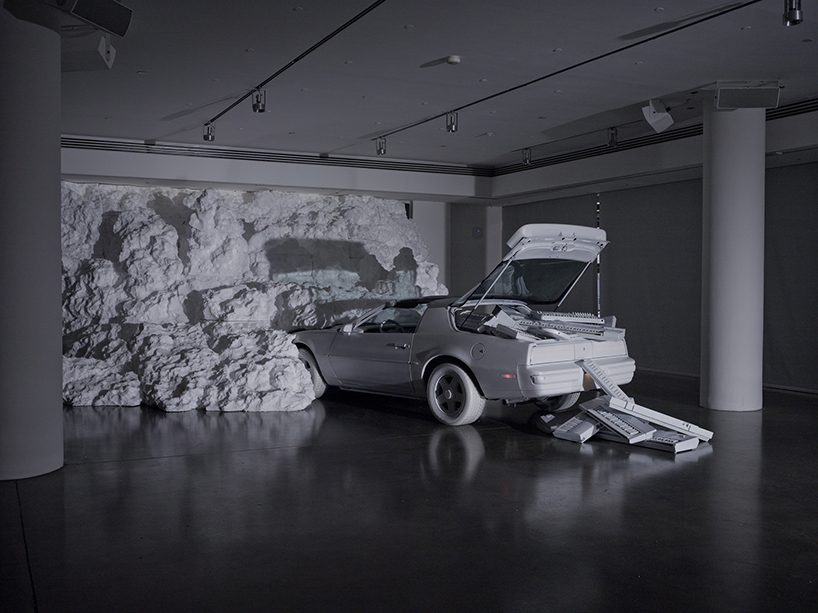 the white room installation – photo by noah kalina
in collaboration with chromeo, snarkitecture created the white room, an installation at milk gallery this september that included new music from their upcoming album. 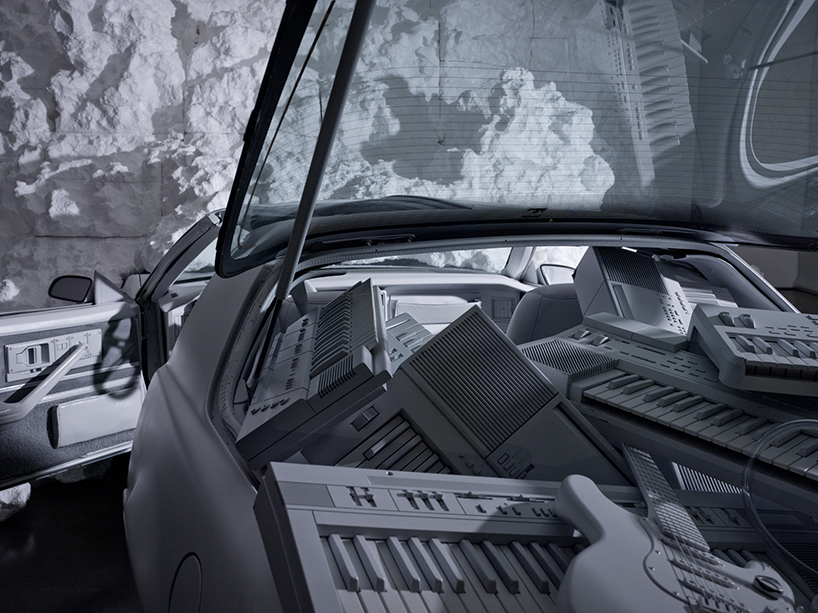 the white room installation – photo by noah kalina
a vintage sports car filled with chromeo’s musical equipment was transformed into a a series of all-white, matte objects intersected with an immense excavated landscape.

DB: what would you say each of your strongest skills are?

S: more than specific skills, the strength is in the idea that we’re bringing distinct skill sets to the table and are able to appreciate that as an artist and as an architect, we think in different ways.  the dynamic nature of the way that our skills play off one another means that we never hit a point of stasis. 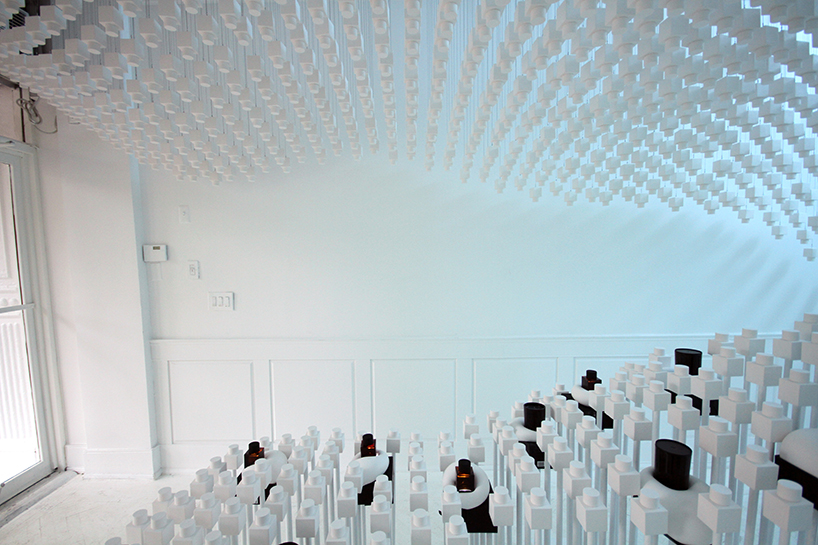 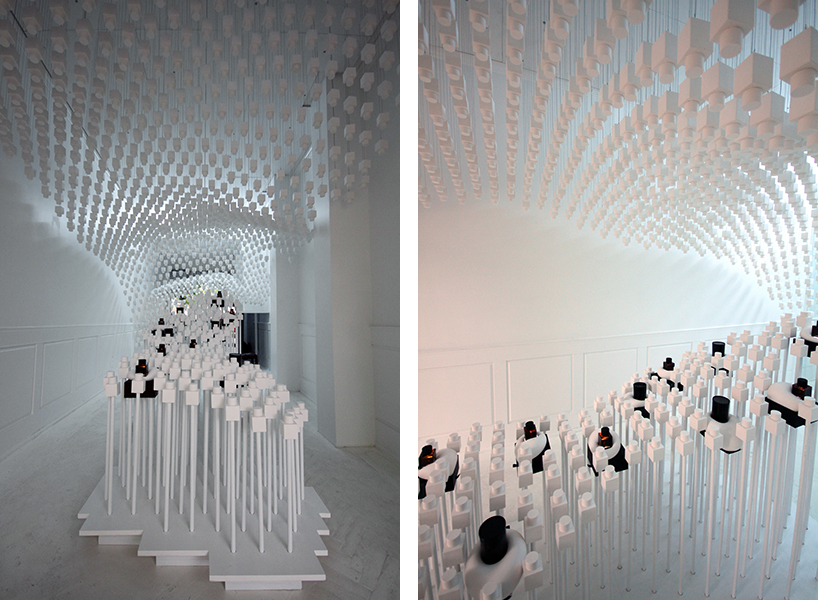 the entire shop was formed by a landscape of 1,500 matte white gypsum cement replicas of odin’s distinctive glass fragrance bottle. 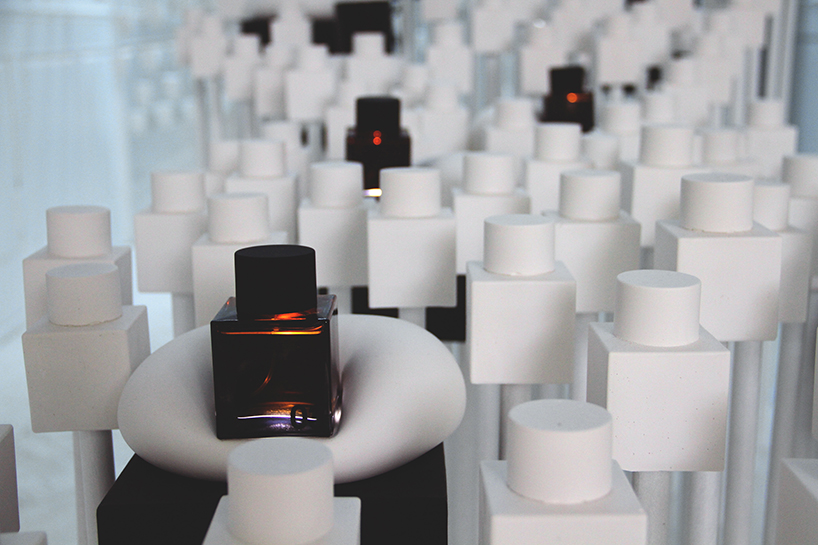 appearing as soft amorphous forms, the displays revealed themselves as the same hard white gypsum cement as the ghost bottle replicas.

S: the kind with limitations. we often do our best work within a set of confines. 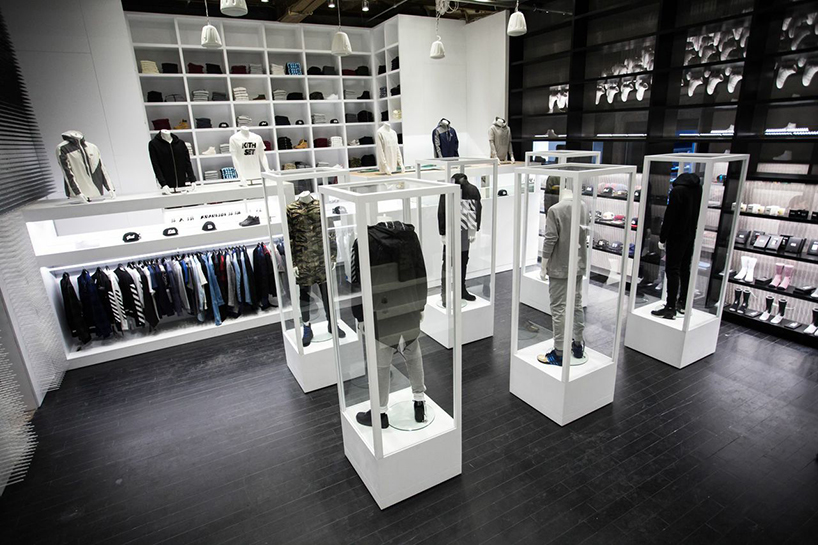 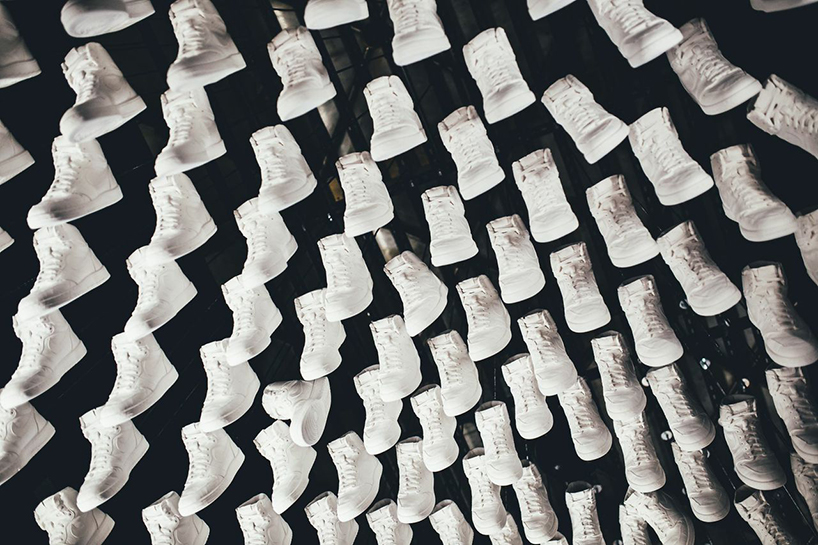 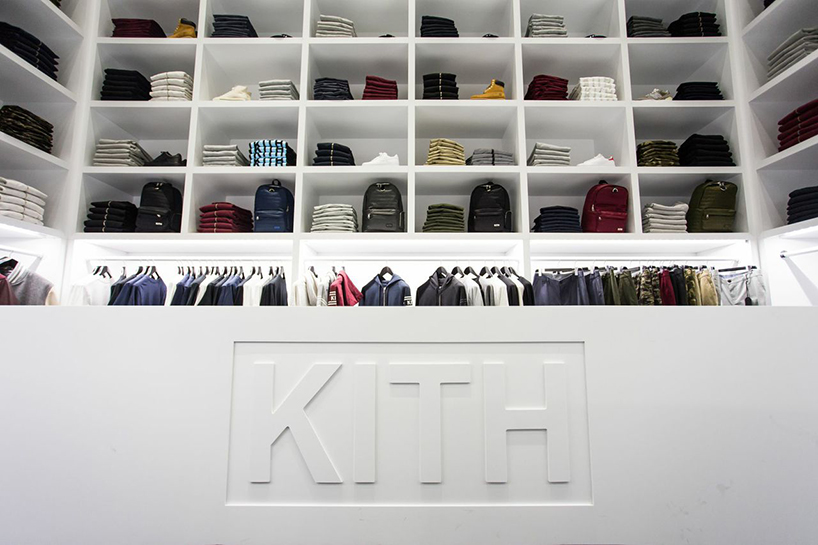 DB: which project(s) have had the biggest impact on the studio so far?

S: on the object side of the practice, the beats by dre collaboration was pivotal and on the design side, we would say drift. both projects exposed our work to a huge audience. 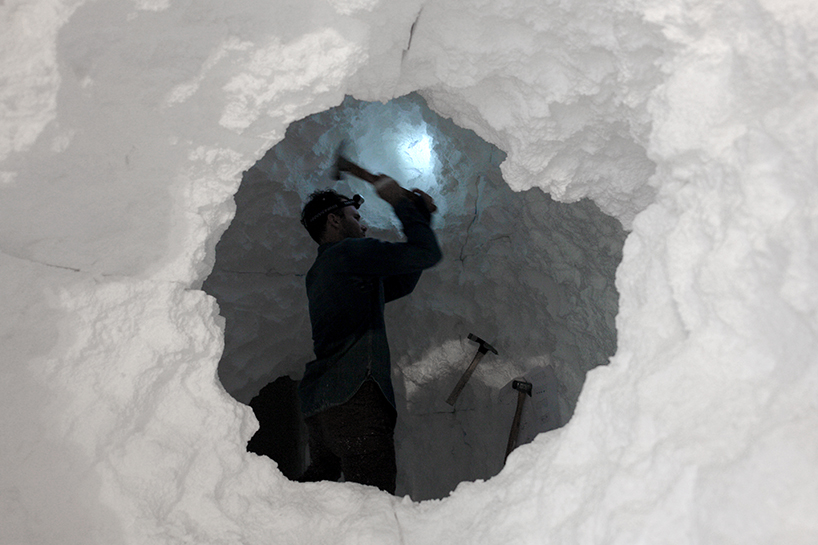 dig installation
an exhibition and performance at storefront for art and architecture by daniel arsham/snarkitecture that explored the architecture of excavation. storefront’s distinctive gallery space was filled with a solid volume of eps architectural foam, engulfing the existing interior in an unyielding flood of white. 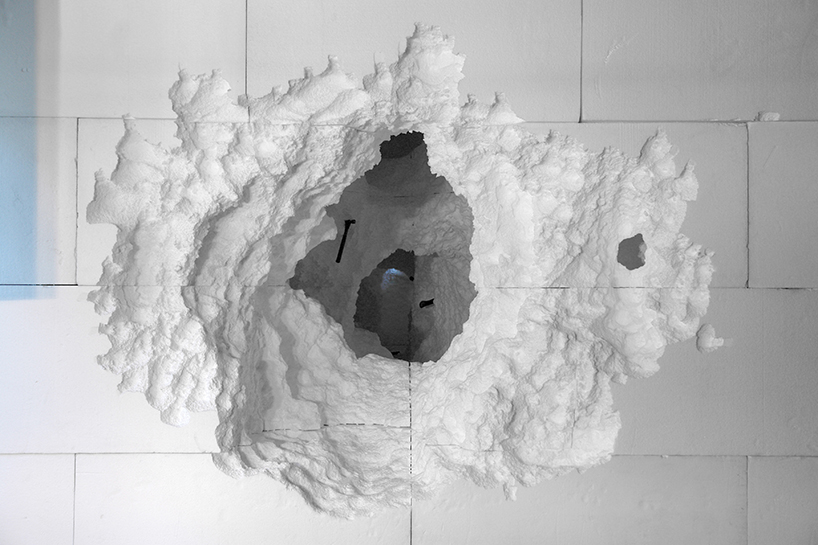 dig was an experiment between the precision of the architectural plan and the looseness of the unknown. the installation and performance explored the intersection of primitivism and contemporary architecture; the complexity of the final surfaces and form suggested a digital origin and concealed the simplicity of a space made entirely by hand.

DB: what do you both share a passion for besides your work? 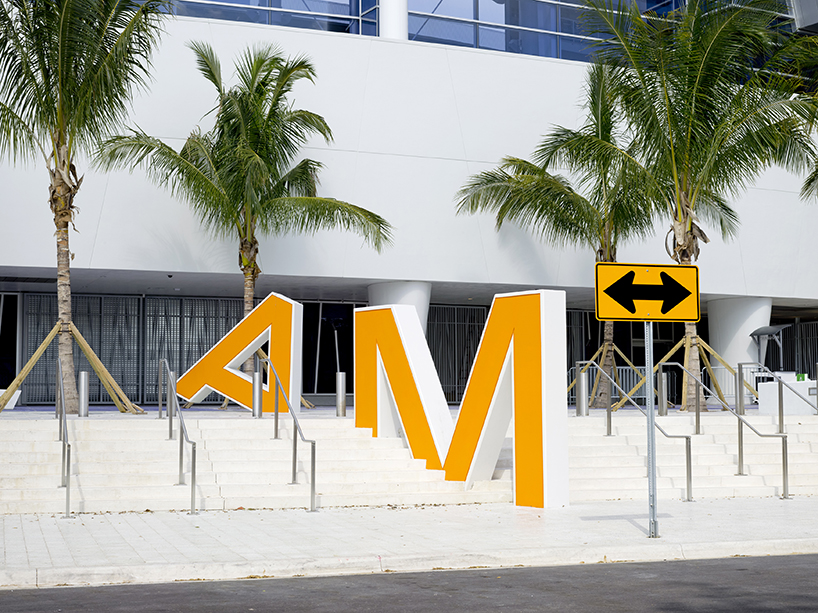 a memorial bowling – photos by noah kalina
this commemorative artwork imagines a creative possibility out of the destruction of the orange bowl. a memorial bowing recalls the enormous miami orange bowl sign from the stadium that stood on this site from 1937 until its demolition in 2008. the letters from the sign are reconstructed at their original ten-foot height and scattered throughout the east plaza of the marlins ballpark. 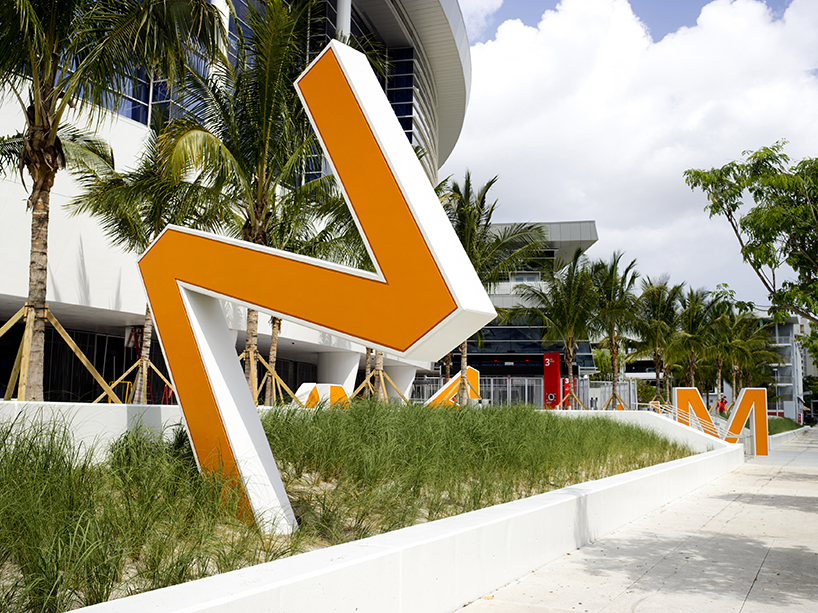 their positions capture an ambiguous moment between ruin and rebuilding; some letters stand vertically, others submerge themselves in the ground, and others lay horizontally as if at rest. as visitors move through the plaza, new alignments are created between the letters, spelling out different words as the new stadium is glimpsed through fragments of the old. 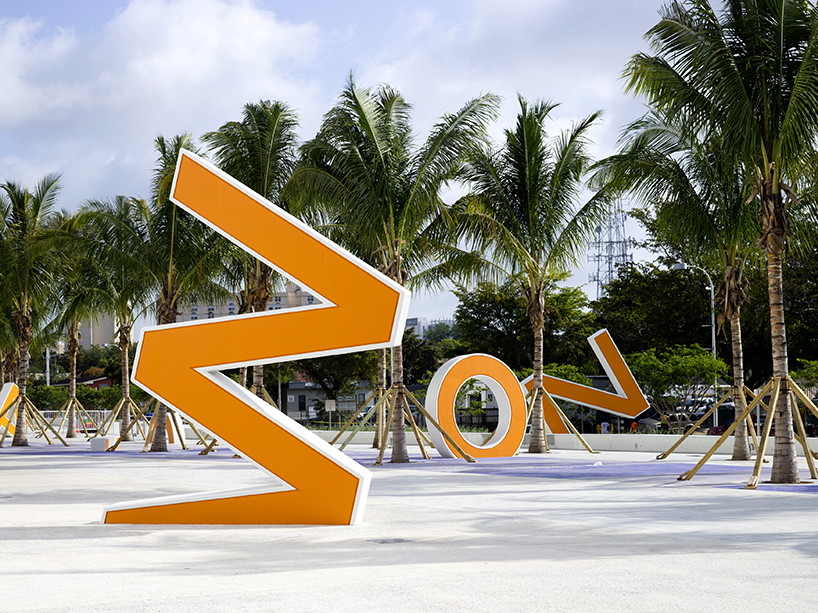 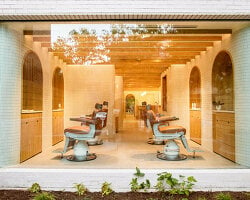