the work of norweigan designer iris djupvik, the ‘vidje’ lounge chair is a study in contrasts. juxtaposing the feminine and the masculine and light and shade, djupvik sought to recreate in wood some of the qualities of crochet.

the chair is created of locally sourced laminated wood. illuminated, the crochet-like pattern recreates itself in shadow on the wall, floor, or ceiling, so that the chair acts as not only functional object but also spatial element in a room.

‘vidje’ was featured at stockholm furniture fair 2011 as part of point of view, an exhibition of student work from norway’s oslo national academy of the arts. 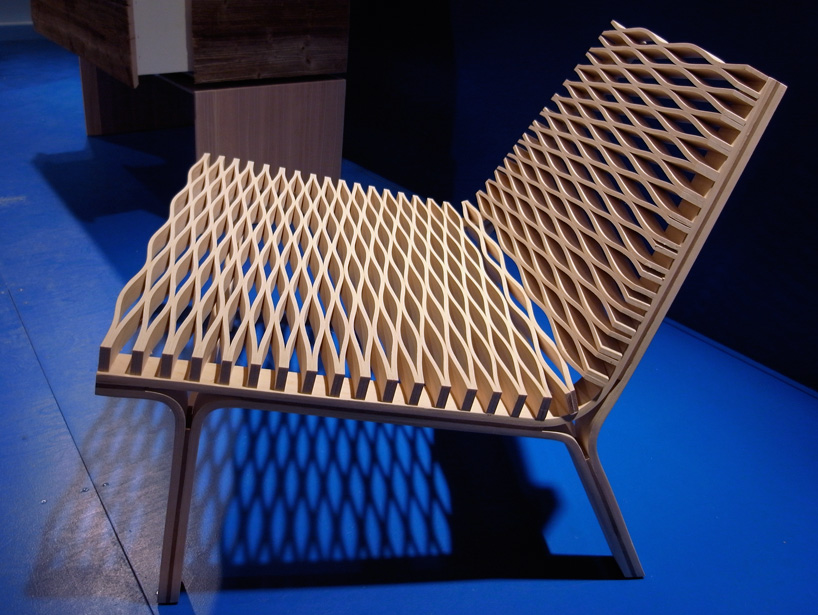 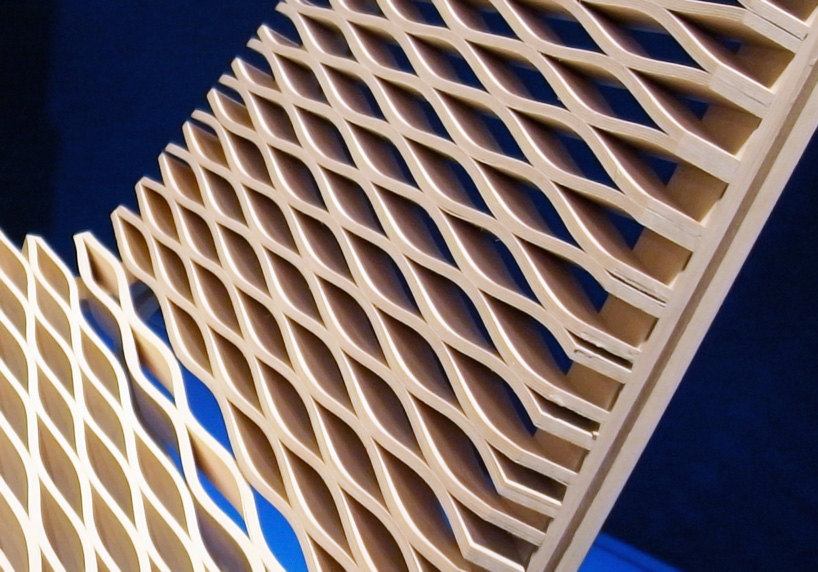 detail view of chair back and seat image © designboom

‘vidje’ is meant as both functional object and spatial element, interacting with a space through form and shadow 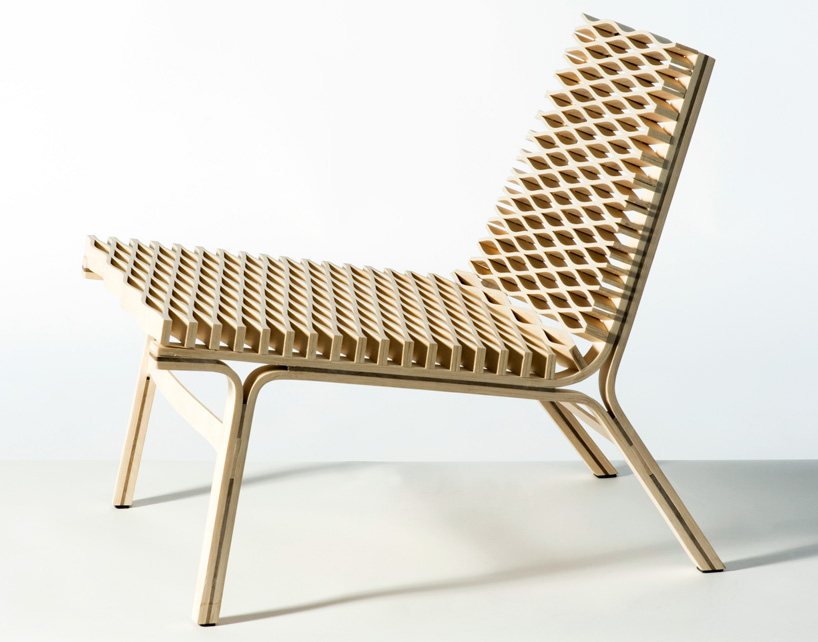 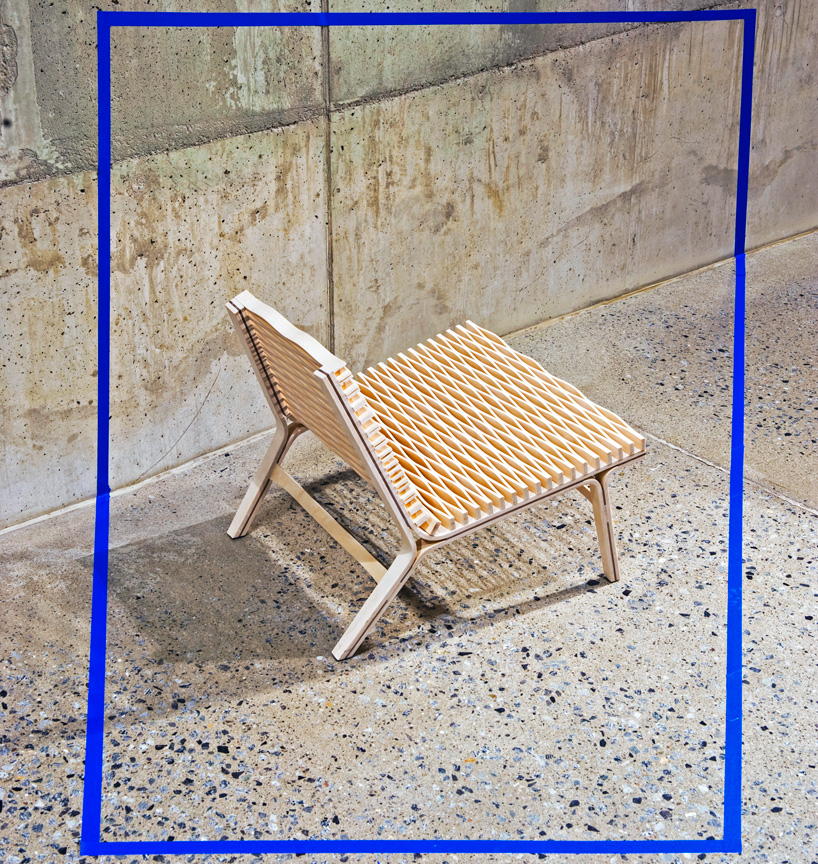 back view of the chair