since its inception in 2000, issey miyake’s bao bao line of handbags and pouches have become a staple in the functional fashion market. fifteen years on, and the collection is still innovating, with a new group of platinum-finished products just released. to accompany the announcement, issey miyake asked japanese design studio moment to create ‘bao bao’, a seven day only pop-up store in an unstated department store. 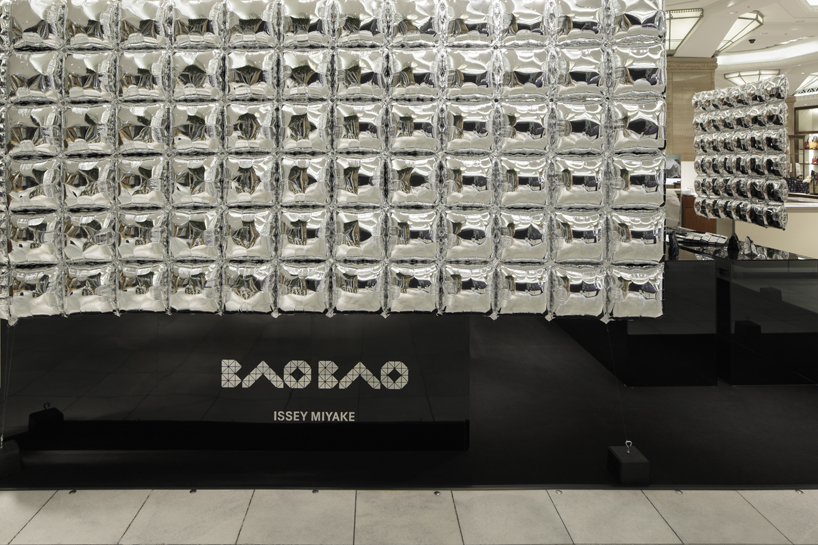 the space is enclosed by a square mass of connected helium balloons. platinum in color, the small forms are an odd spectacle in the historical, stately department store. asides from their impossible-to-miss reflective surface, each is vibrated by the constant flow of air conditioning and passersby. chosen for their associated lightness and geometric qualities, they are a simply embodiment of the new line. 300 balloons are present in the pop-up storefront. 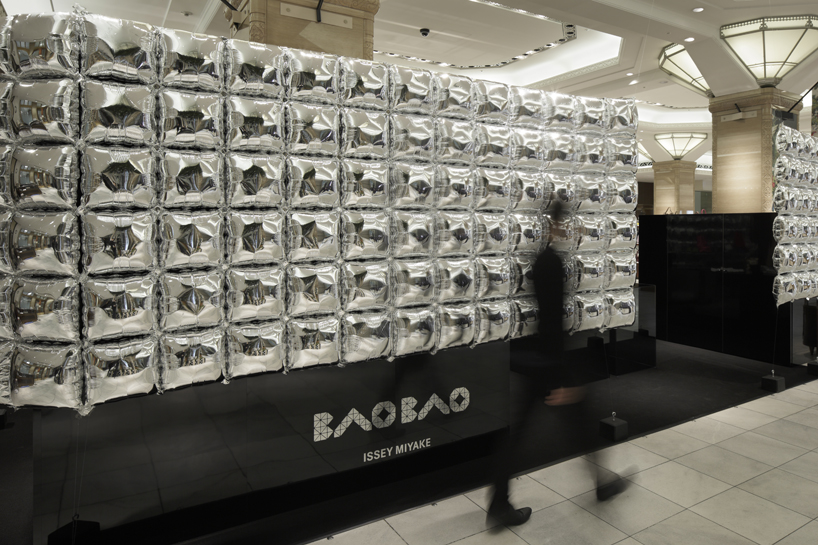 the balloons quiver as passersby or air conditioning affect their surface 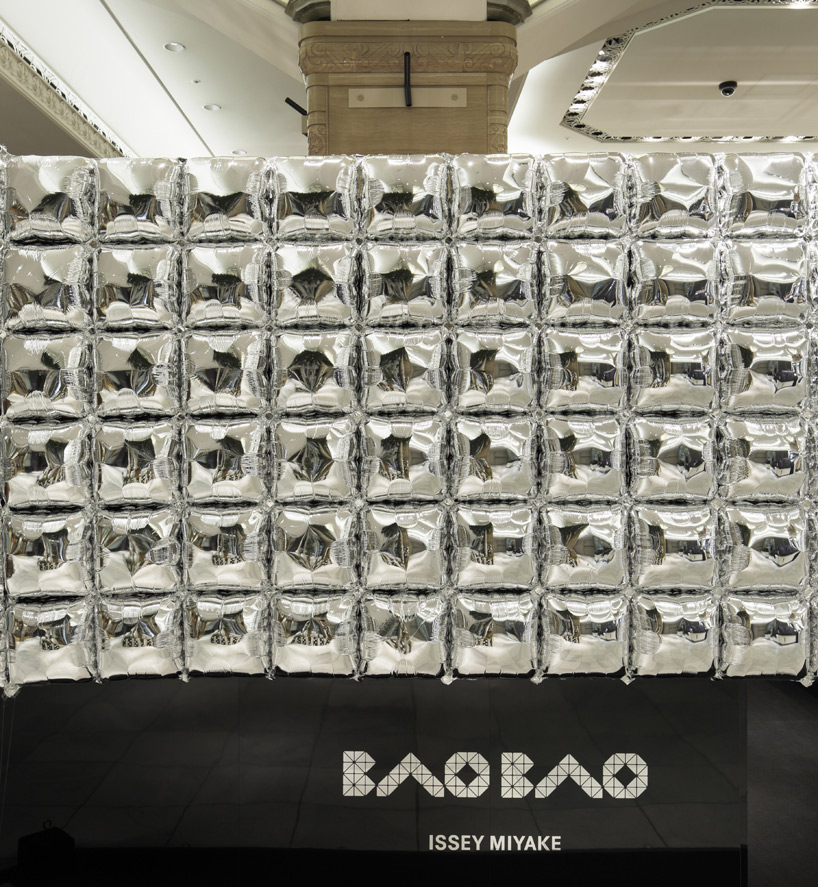 the material stands out from the historical store 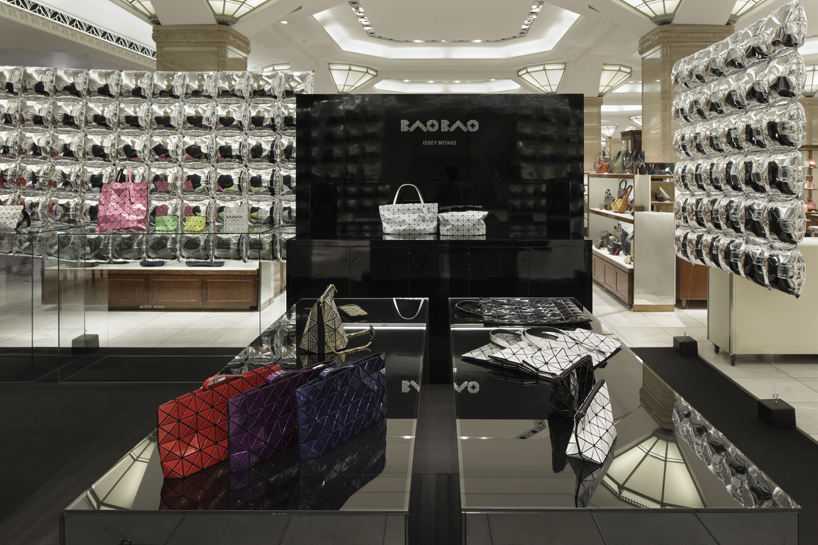 balloons were chosen as the best embodiment of the announced product 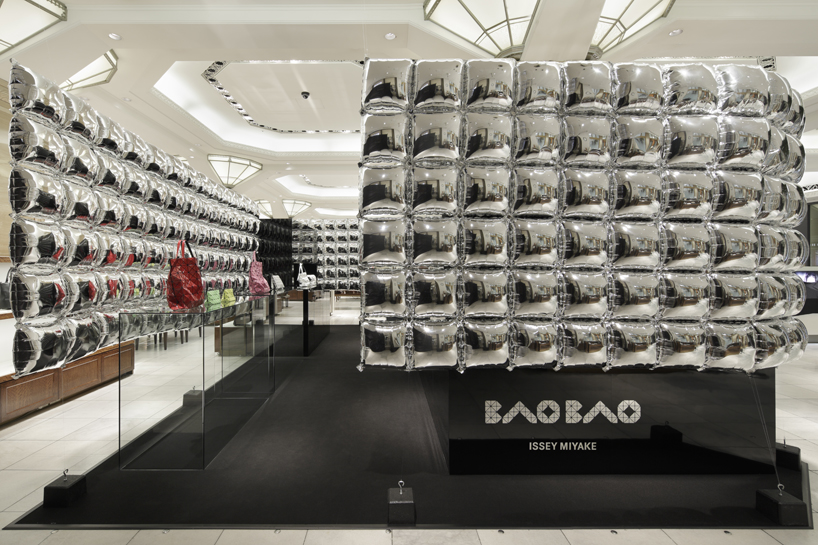 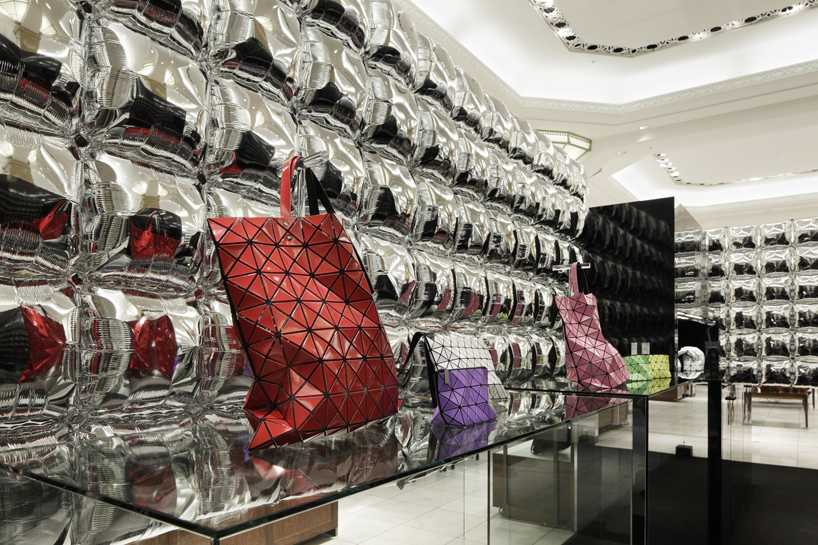 the product is reflected in the façade surface 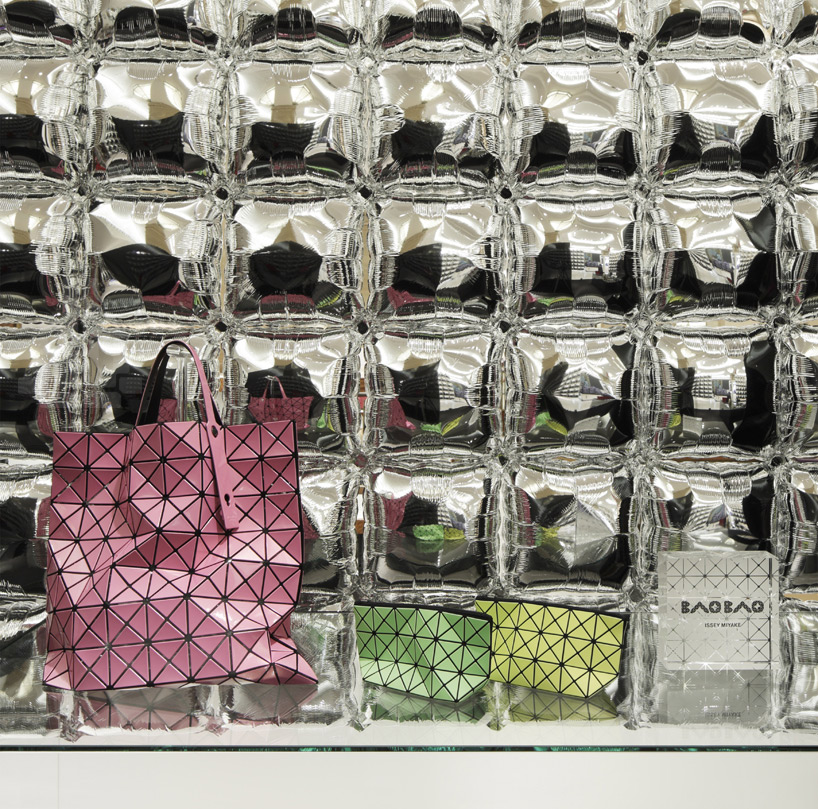 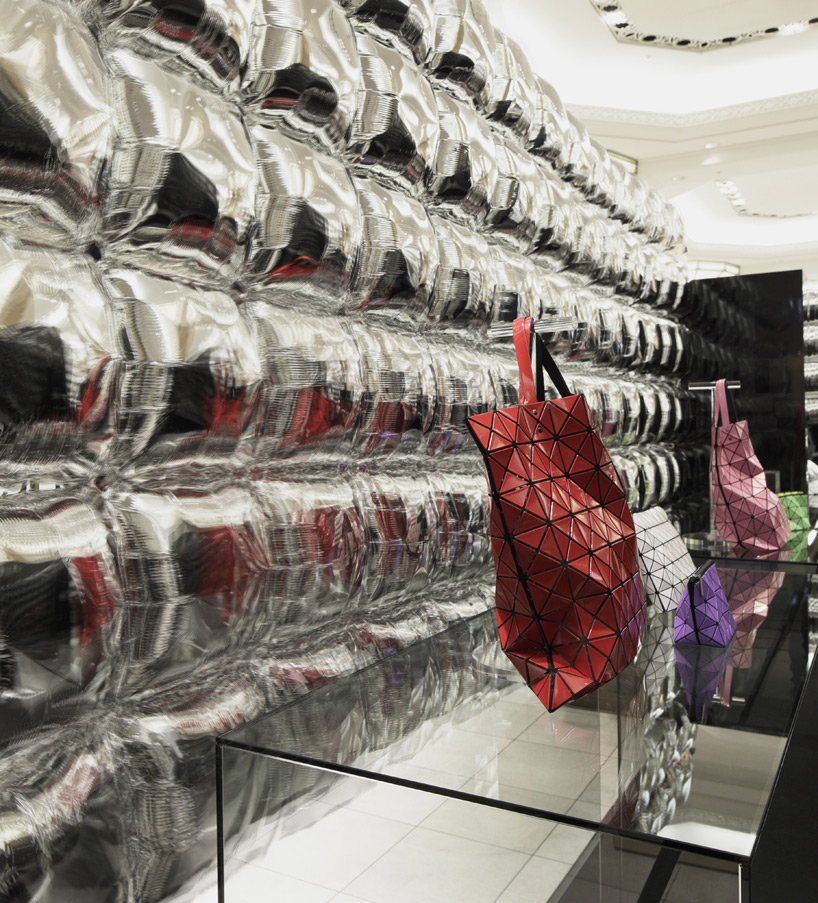 the store was only open for seven days 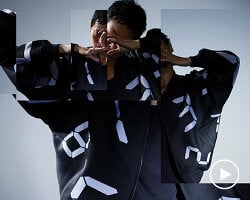