for his pentagon table and stools, israeli designer itamar burstein researched the properties of a three-dimensional pentagon to create the furniture pieces. using the compact five-sided figure, he has composed a table and stool whose entire structure relies on five identical elements – which are up-side-down ‘U’ shapes – fitting into one another. each component is made from solid wood and are assembled through dry interlocking. the stool is free standing, and the table has a plateau with a cut-out in its centre that governs the geometry of assemblage in the manner of a key.

the project was done for VIA france as part of their annual design support program and was presented during maison & object 2010 at VIA gallery, paris. it will continue to be on show until march 7th, 2010. 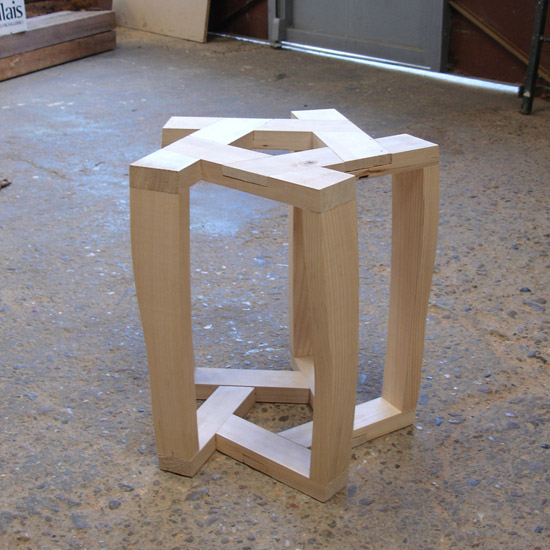 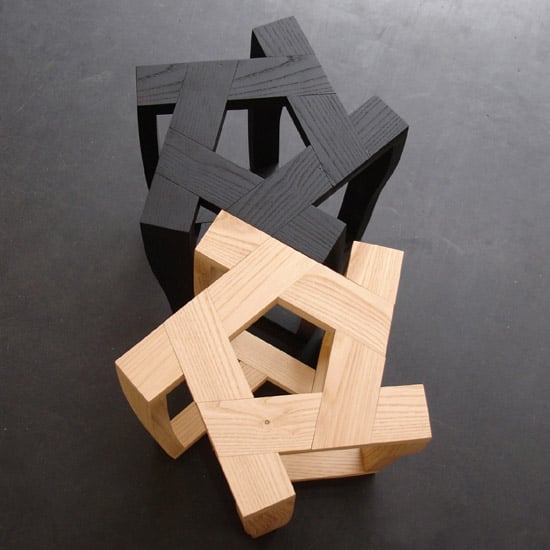 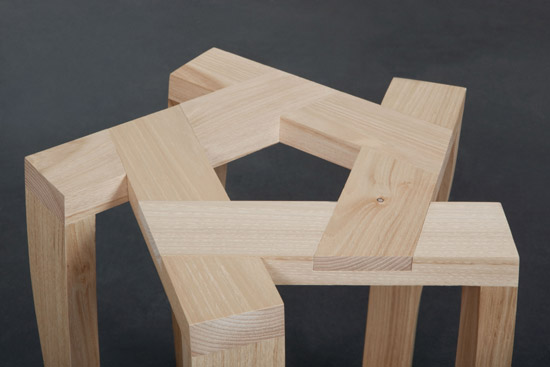 up close image by marie flores 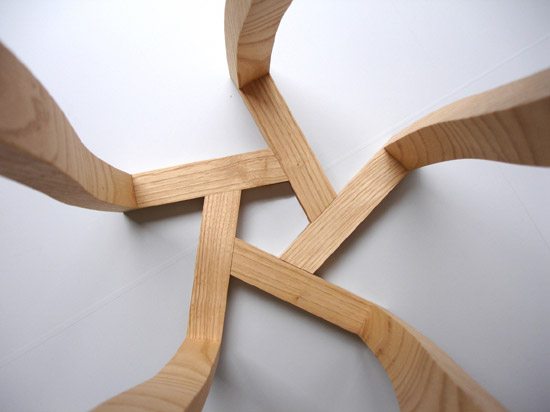 the tapered pentagon-shaped base image by dafna grossman 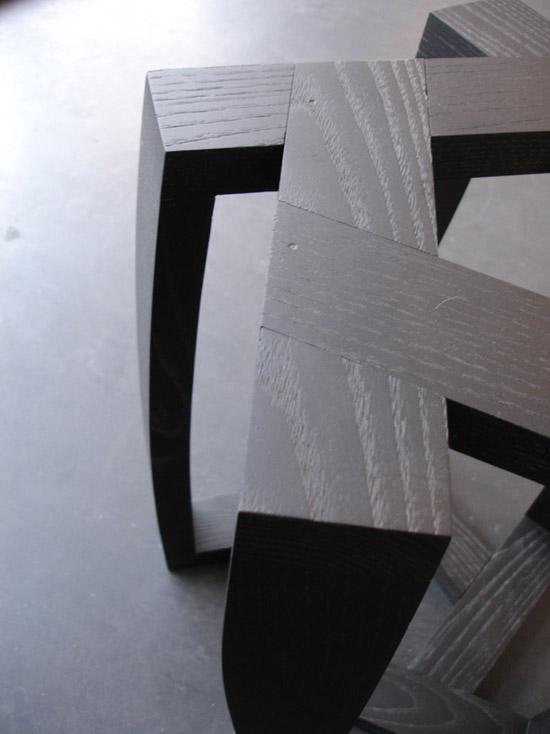 up close of the interlocking system image by dafna grossman 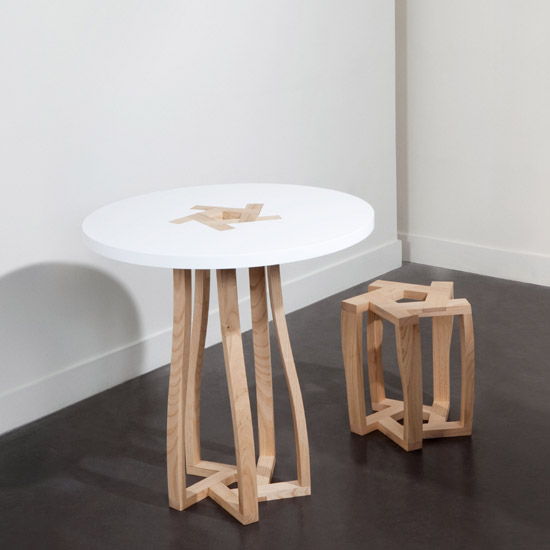 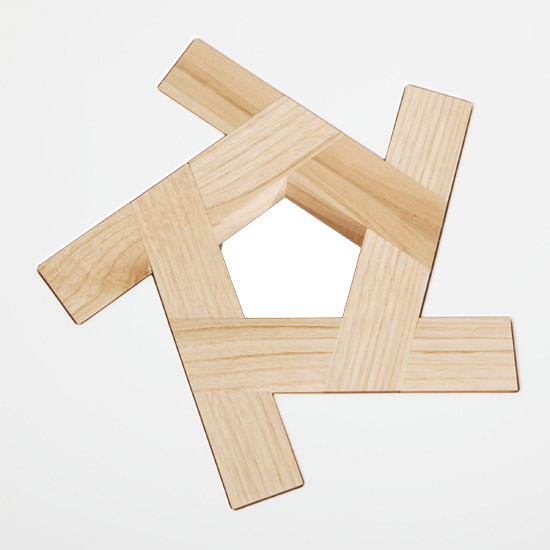 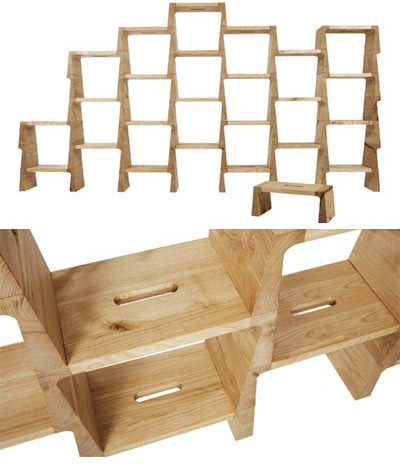 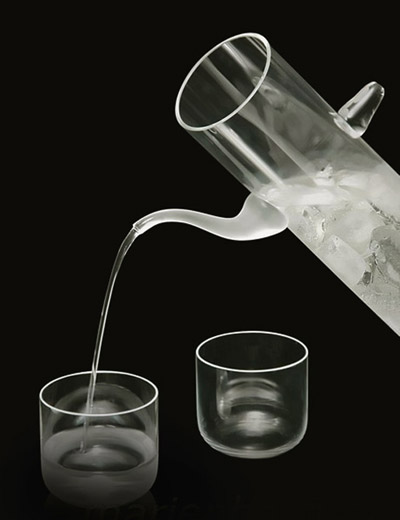