israeli designer itay ohaly examines the functions of product packaging through his latest ‘unpacking’ project. currently, the main purpose of packaging is to protect the product in transit. here ohaly goes a step further by using packaging as the actual mold for the product. in doing this, it defines and influences the form and surface of the encased object.

the ‘unpacking’ project is divided into two parts which include ‘PU vases’ and ‘PU stool’. 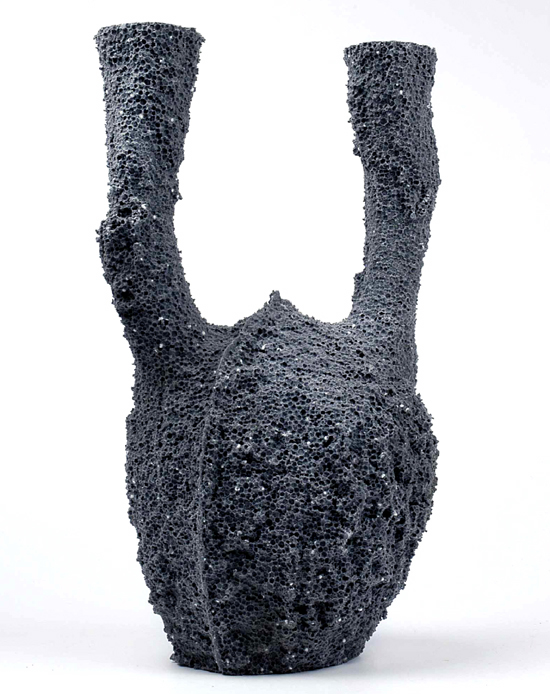 the making of ‘unpacking’ 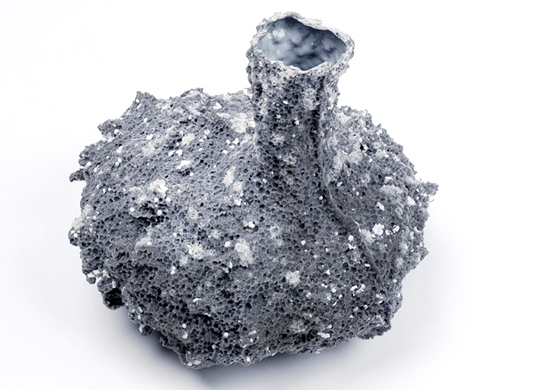 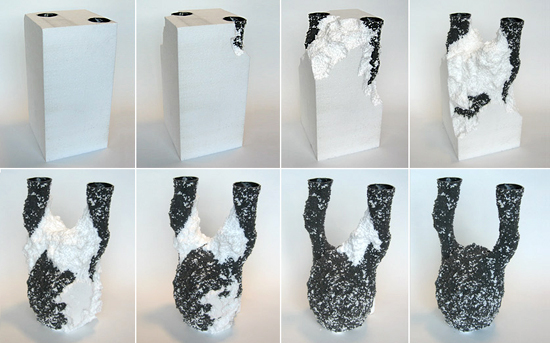 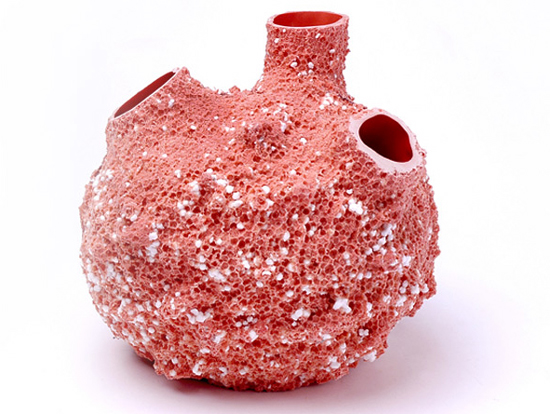 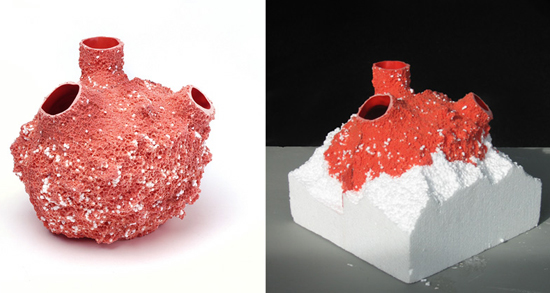 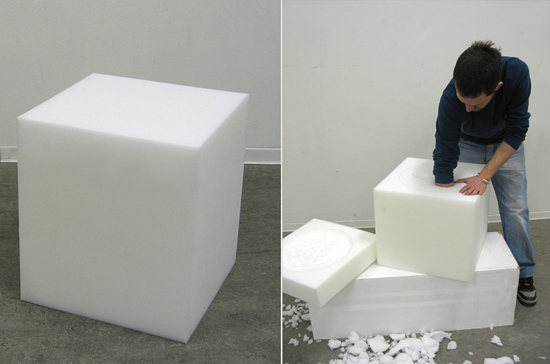 ‘PU’ stool is cast into a mold made from PU foam which later was partly removed. 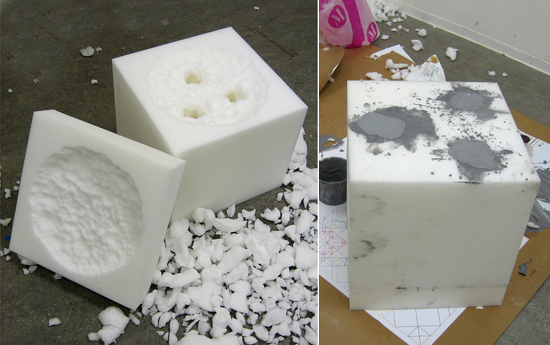 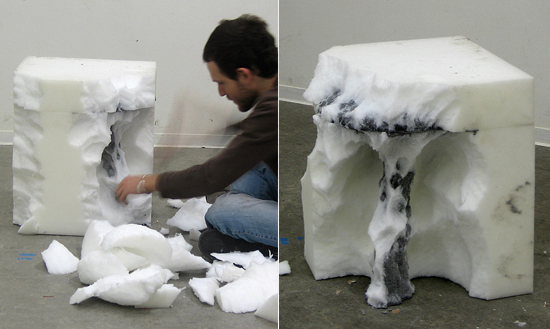 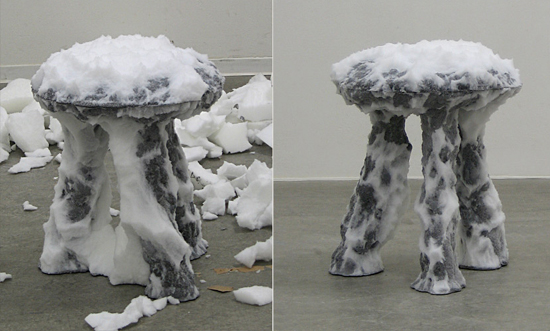 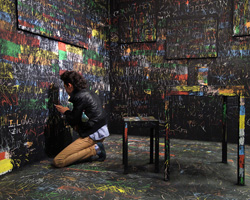 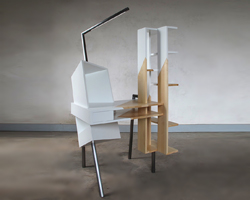 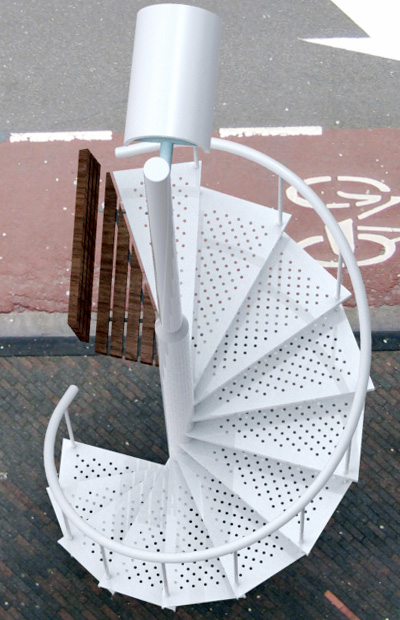 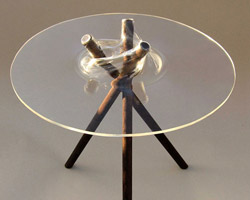