the smartphone industry churns out new editions every year, with no consideration to do with old still useful predecessors. ukranian industrial designer ivan zhurba developed a lamp that reuses senior apple iPhones like the ‘4’ and ‘4s’ or ‘5’ and ‘5c’ versions to convert them into light sources and audio speakers. the design consists of an unsophisticated arm that hugs the phone leaving the bottom exposed to feature the built in LED light perviously used as the flash for taking photographs. 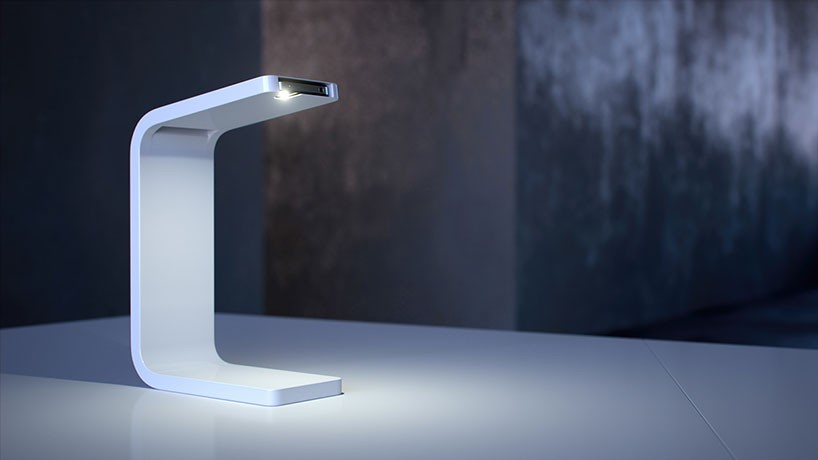 the acoustic tunnel amplifies the sound coming from the iPhone speaker

a charging cable is incorporated in the layout, as well as an acoustic tunnel that amplifies the sound coming from the speaker of the iPhone. ivan zhurba announced that the iPhone lamp will be available for 3D printing through kwambio in july-august 2015. 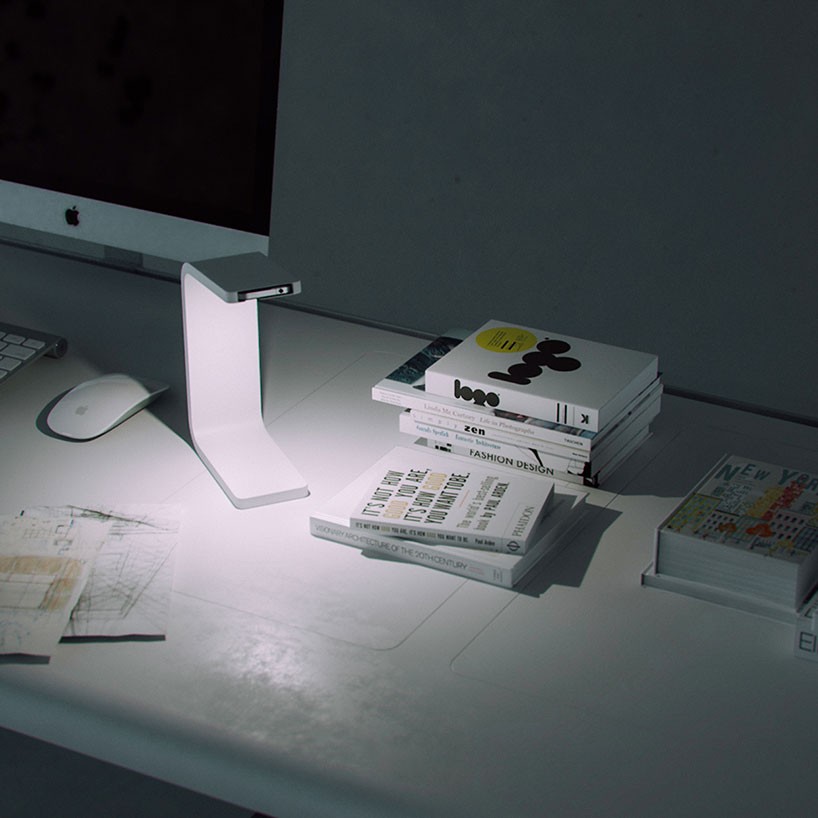 includes a charging cable for the phone

straightforward layout of the lamp 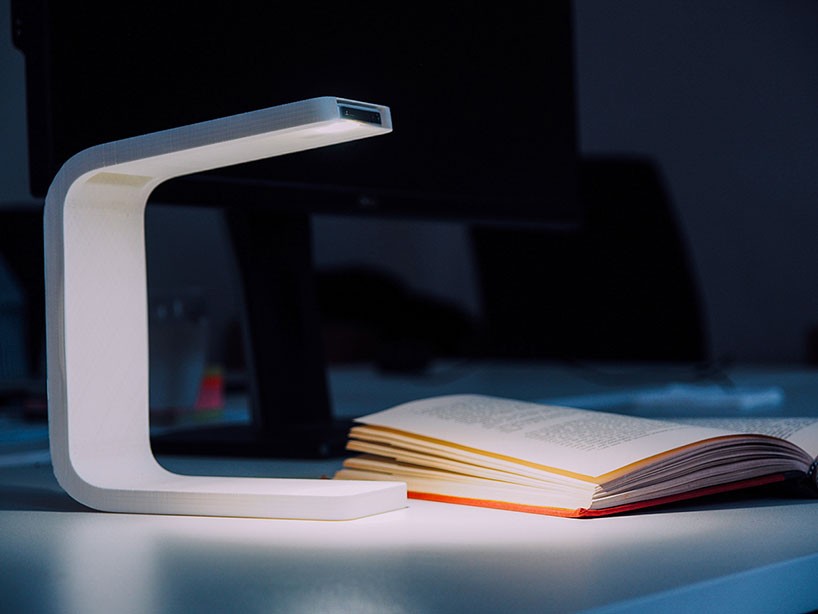 the lamp will be available for 3D printing through kwambio