design students jacek barcikowski, jennifer kay and martina pagura from the copenhagen institute of interaction design have collaboratively developed ‘sidetrack’, a table which allows users to reflect on their working routine by drawing their pattern of behaviour. here sensors are placed in areas one wishes to observe, while the marker records the user’s movement from space to space. incorporating the mechanics of an old printer and a bang & olufsen turntable, this handcrafted design becomes a visual narrator of the intangible pockets of time and energy one dedicates to working. 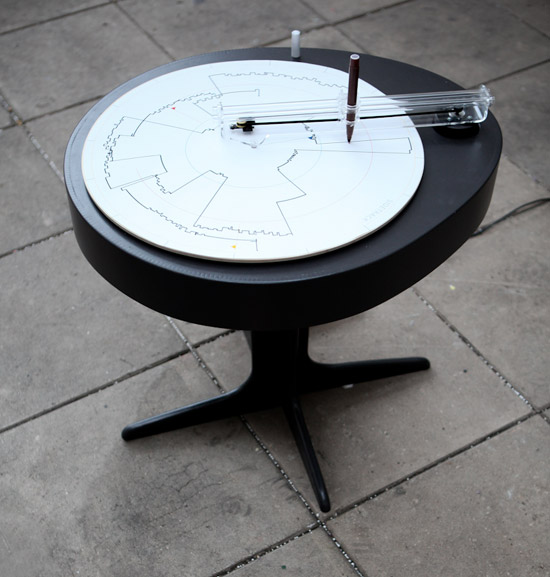 marker pens plot the working pattern as the table spins, oscillating in time with the user’s movement between rooms. by placing tags on the table, one purposefully work towards set tasks, with the patterns reflecting the journey towards these objectives. 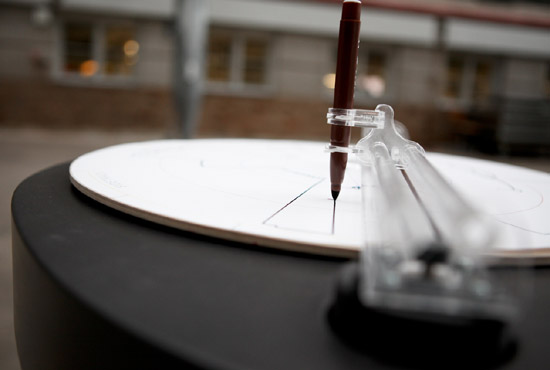 behavior recorded via an oscillating marker

the movement of the arm itself is defined by the presence of sensors placed around the home, recording where you are, whilst you work. each day is then recorded on a paper disc for you to reflect and decipher your working pattern, creating a tangible culmination of your working day. 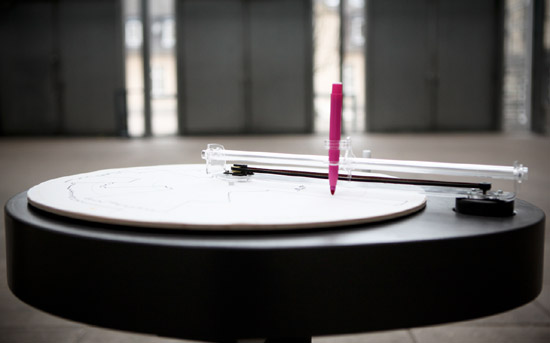 the ‘sidetrack’ concept arose from the research around professionals who – when completely engaged in their work – found it difficult to separate home life from work. in most cases, they were often stationary in front of their desk with little interaction with other areas around the home and the notion of being ‘sidetracked’ was a healthy way to alternate their conventionally static day. 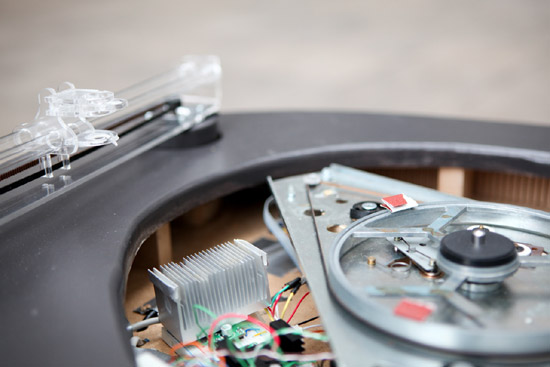 the ‘sidetrack’ project was developed for the ‘home-office’ culture, as part of the tangible user interface module within the copenhagen institute of interaction design. 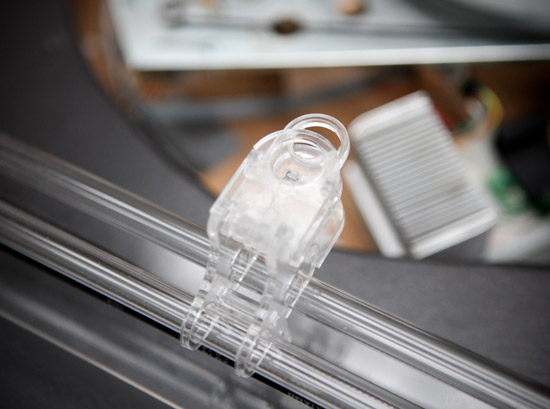 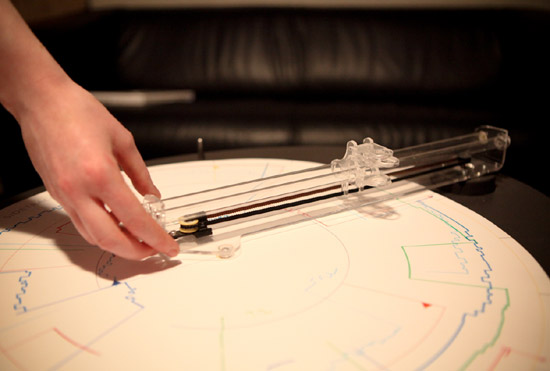 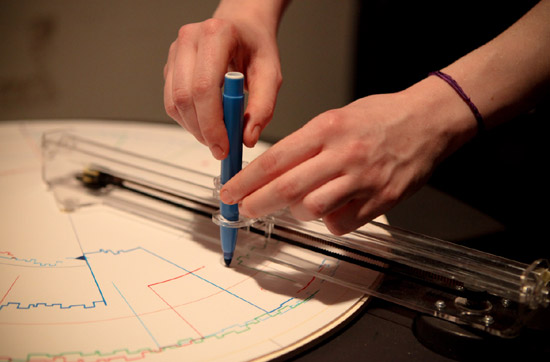 each day can be assigned a different color 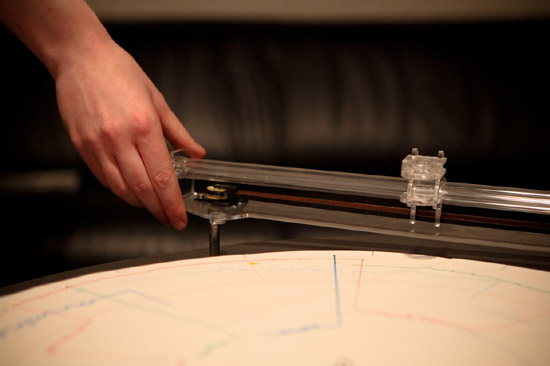 switching off of ‘sidetrack’ table 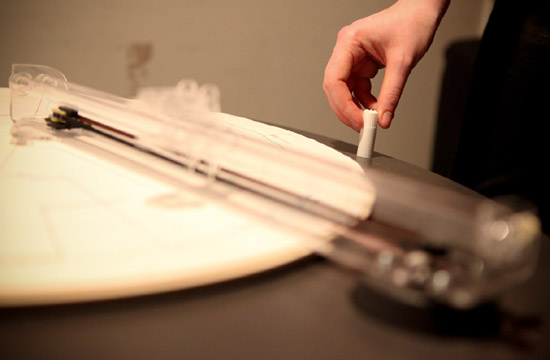 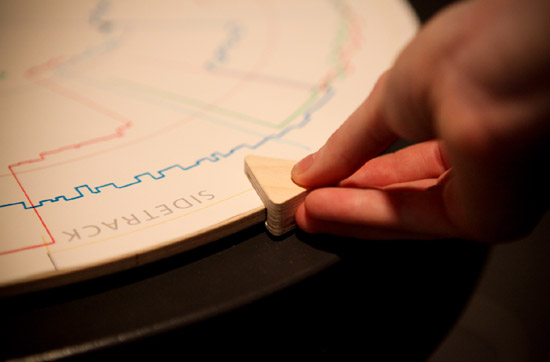 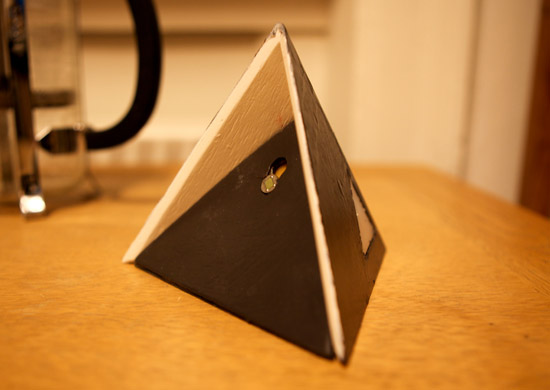