brazilian design practice jahara studio has created ‘x tables’, with production assistance from local silverware factory st. james. based off of tray tables traditionally used in eastern cultures, this trio of forms has been created with ancient metalworking techniques, and feature removable tops can be inverted and used independently.

expanding geometrical shapes make the tables’ bases, with increasing elevations of one, two, or three x’s. these mechanical structures contrast with the removable seats / trays, which have matte surfaces that reveal the marks of extensive hammering and handicraft that go into each. made entirely of brass and coated in silver, the handcrafted furniture series is being produced in a limited edition of 10, with each piece laser signed and numbered. 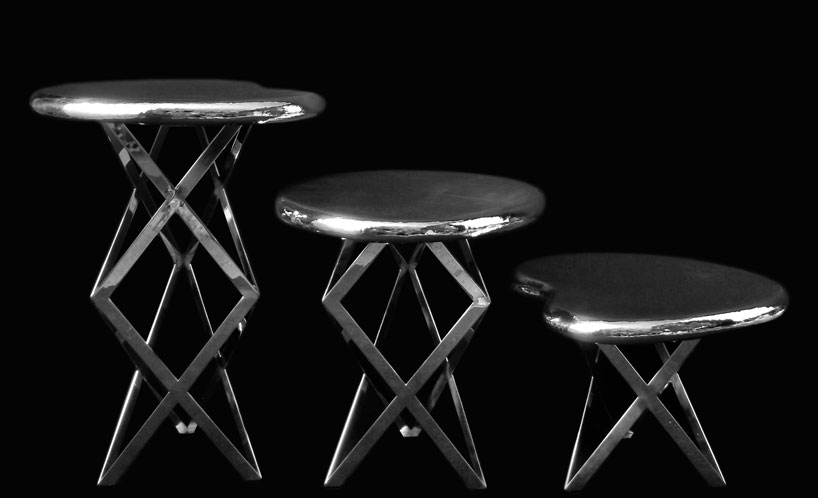 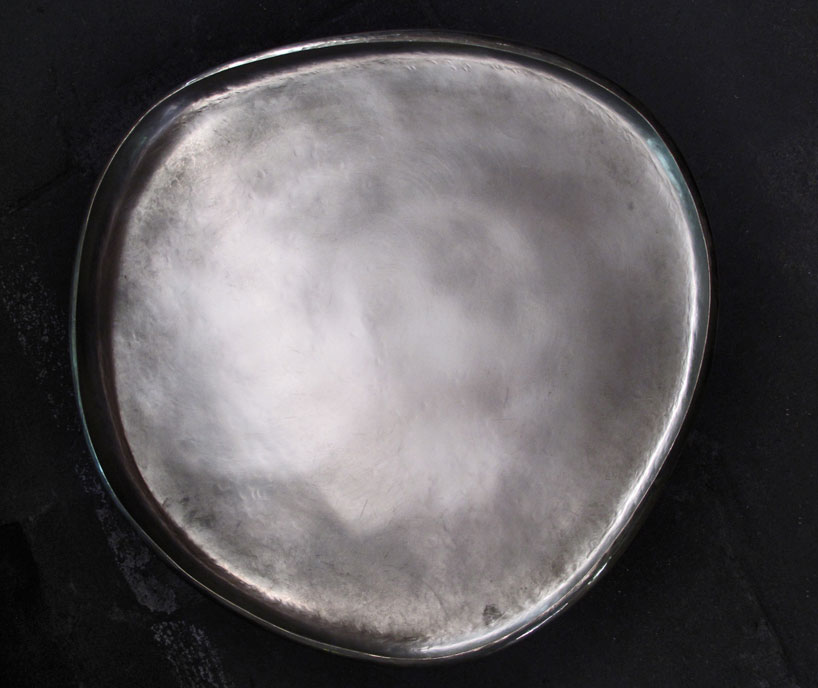 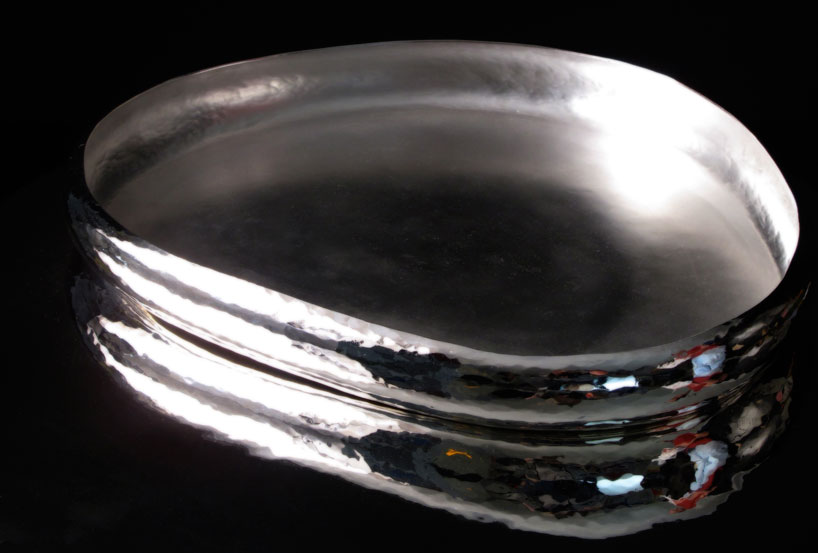 removable seat flipped over for use as a tray 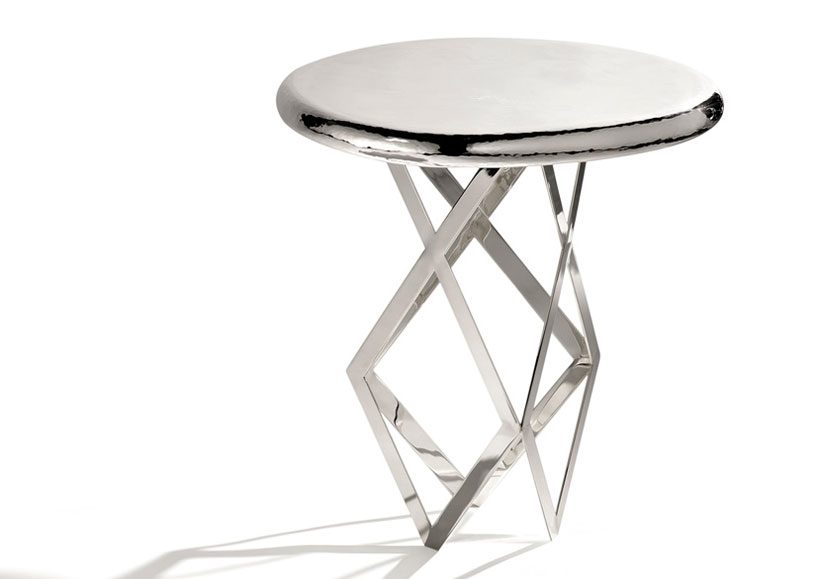 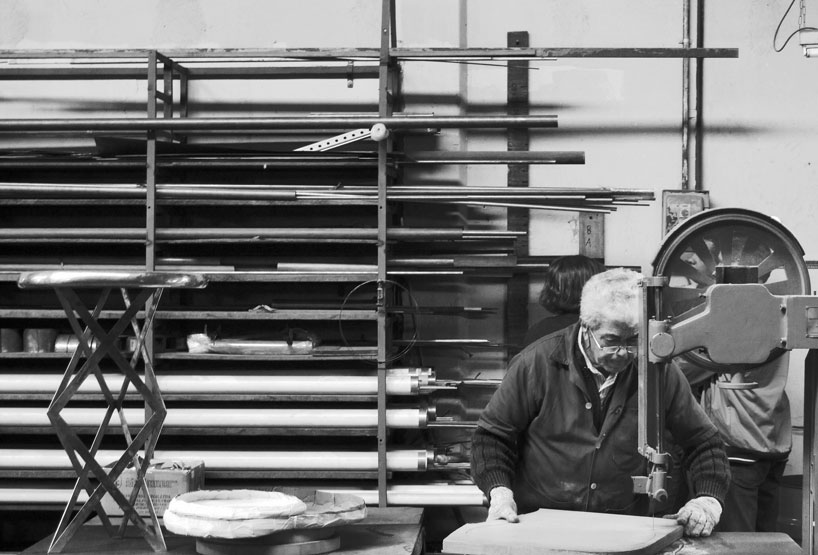 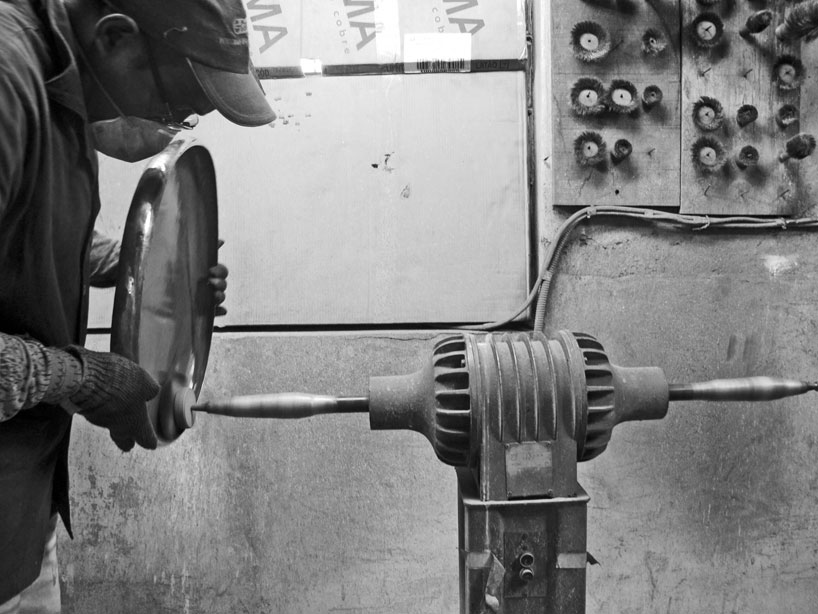 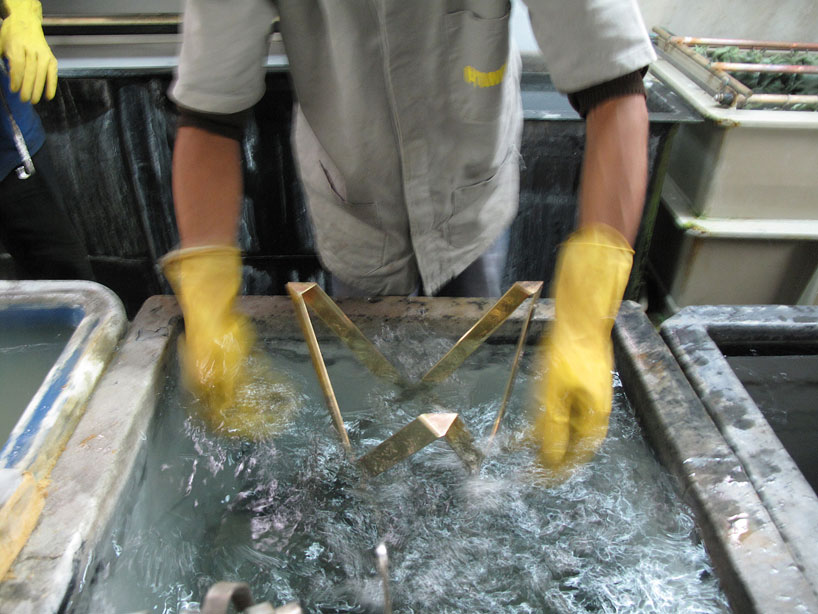 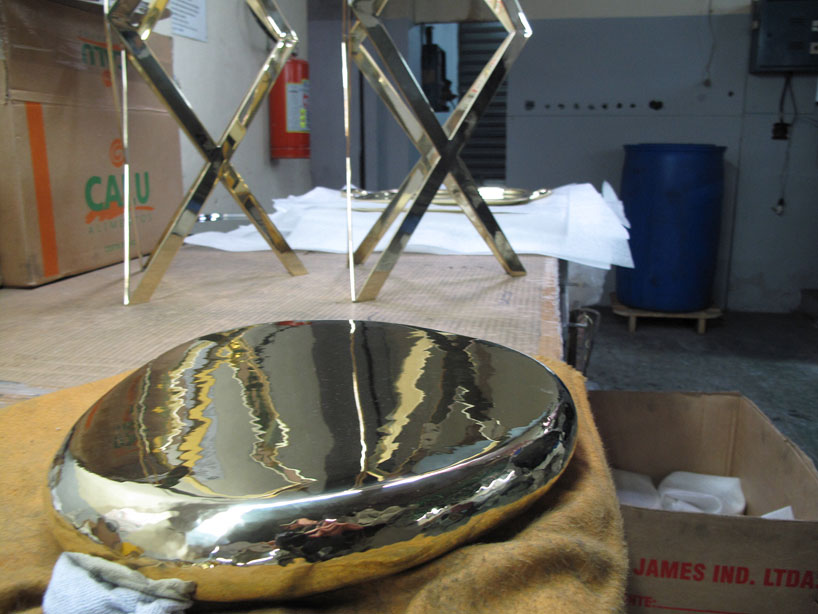 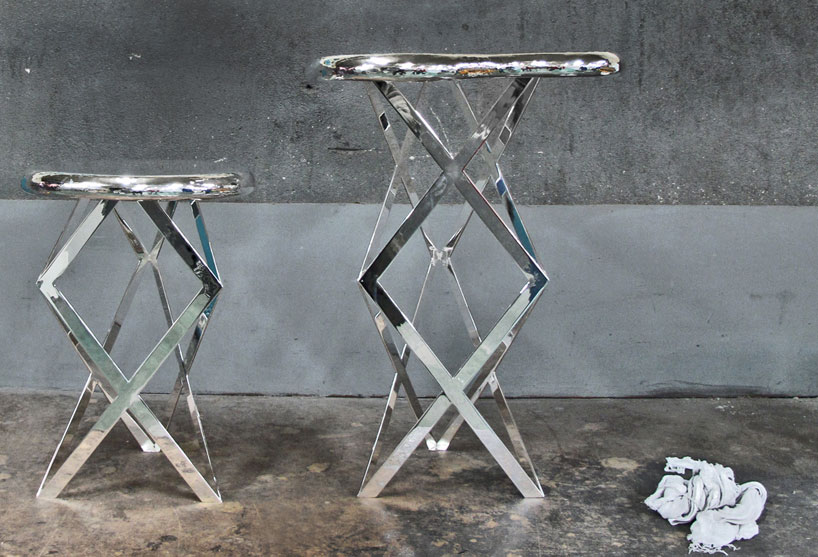 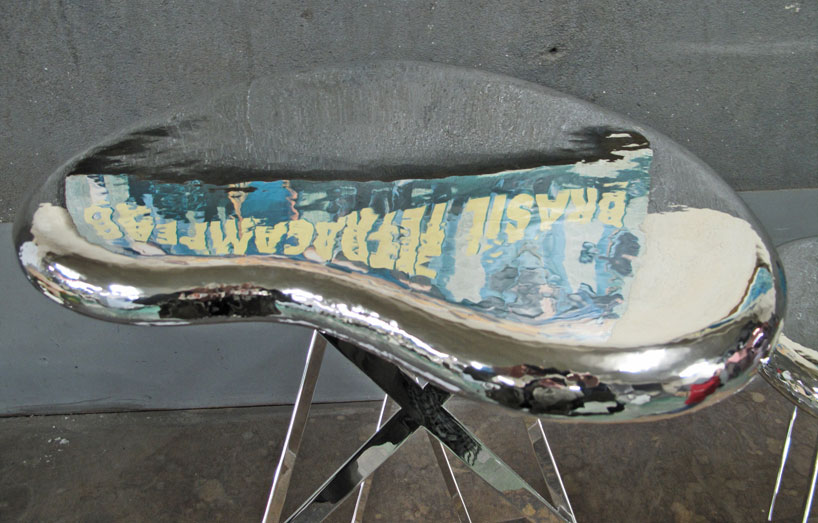 ‘x tables’ is on display casa brasil furniture fair, on now through august 6, 2011. 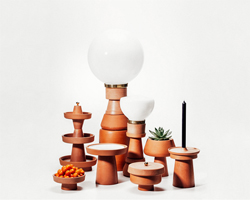 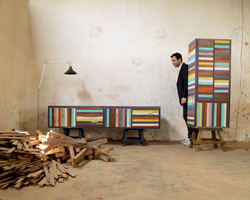 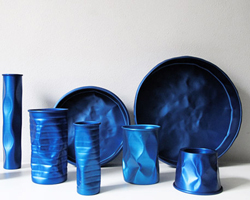