joining forces with spanish designer and artist jaime hayon, mini’s ‘urban perspectives’ is a visionary installation which presents a vision of urban mobility in the future. on showcase at the laboratorio bergognone during the 2015 milan design week, the display’s main focus is on the MINI ‘citysurfer‘ concept. the flexible electric kick-scooter which was first announced at the los angeles auto show 2014, has been transformed into two new interpretations that are suitable for life in a modern metropolis. 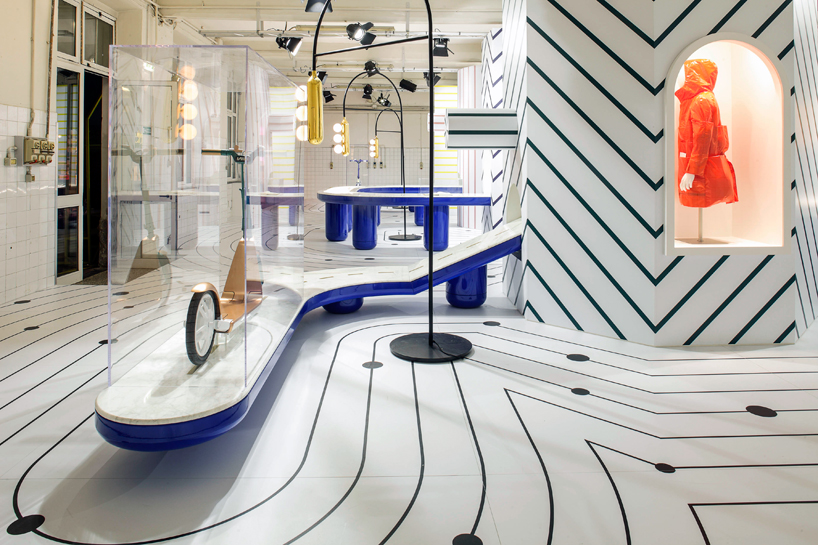 the first of the distinctive versions, is artistic and playful, featuring graphical dots and stripes in rich colors, that cover the blue and white porcelain. the second scooter illustrates pure hayon design, combing high-grade materials to reflect elegance and refinement, with playful aspects. copper and subdued shades of green are the dominating colors, the handlebar grips are made from leather, and anodized metal and polished copper details increases its modern yet classical look. 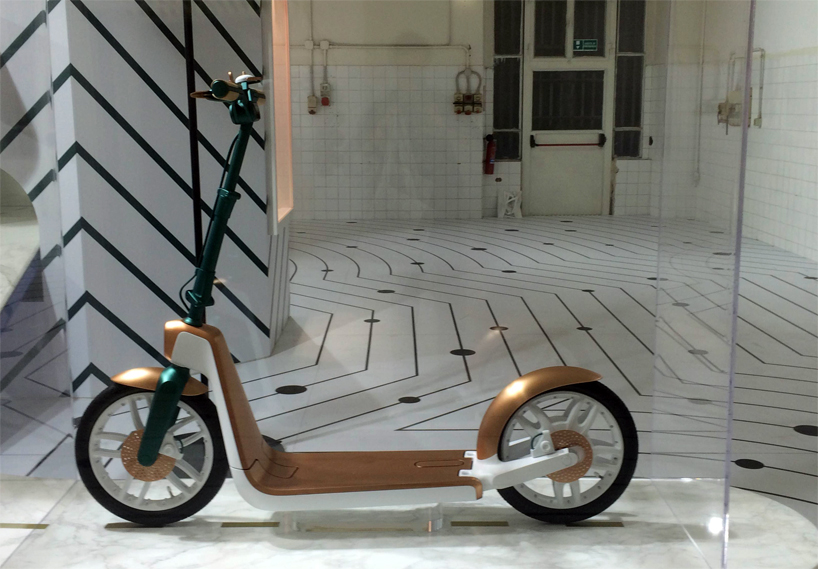 the use of copper, and mixture of playfulness and elegance illustrates jaime hayon’s design style
image © designboom 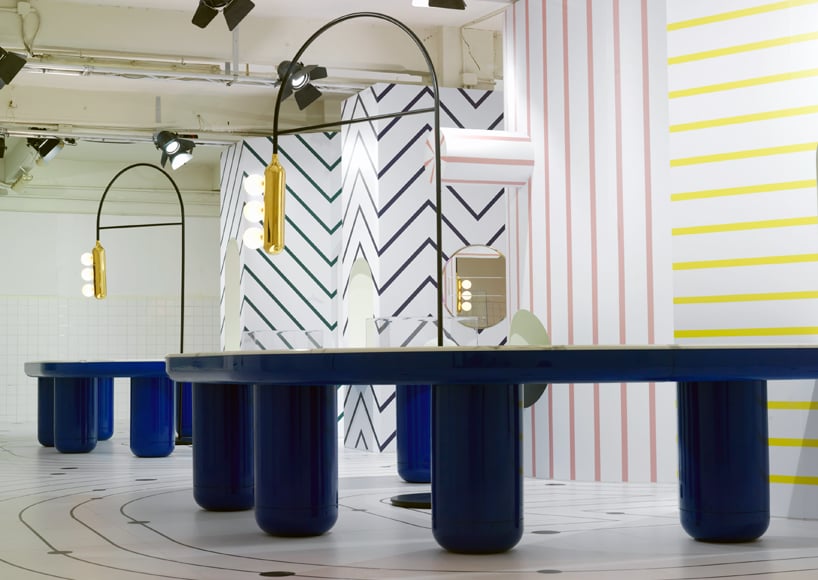 the installation is on display at the laboratorio bergognone, throughout the 2015 milan design week

to coincide with the ‘citysurfer’ concept, jaime hayon has created a space representing his idea of the urban jungle. through the marble streets, signs have been replaced by simple dots, lines and reflective surfaces that guide traffic to the shining blue column destinations. furthermore, traditional traffic lights give way to gleaming copper lamps. 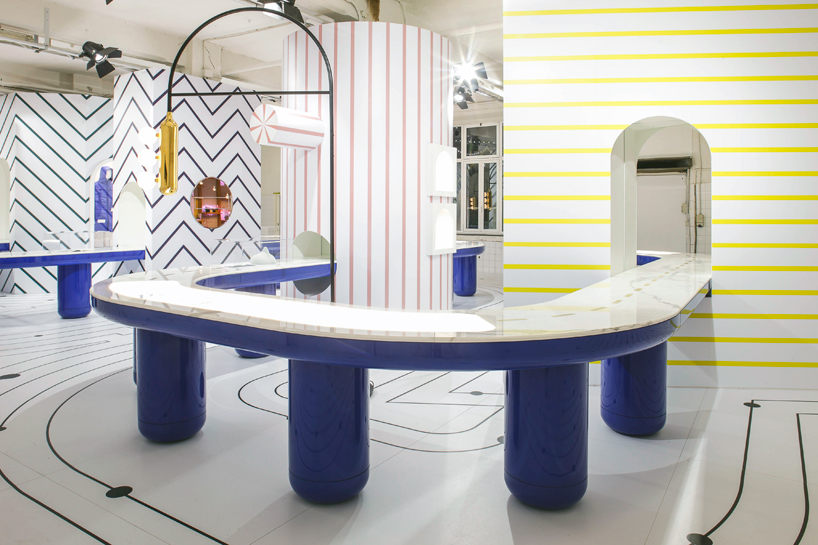 the marble streets use dots, lines and reflective surfaces to direct traffic

‘for me mobility means change and discovery. I wanted to explore this world of being on the move with my very own vision’, said jaime hayon. 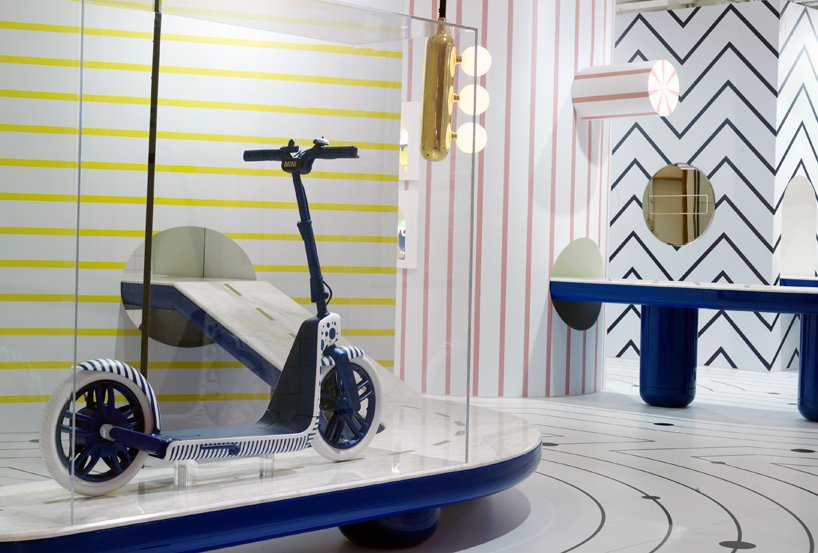 ‘MINI makes you feel alive. jaime hayon straightaway understood our identity and took us on a ride into his vibrant and inspirational world of aesthetics. his installation exudes creativity and invites everyone to come along for the ride!’, said anders warming, head of MINI design. 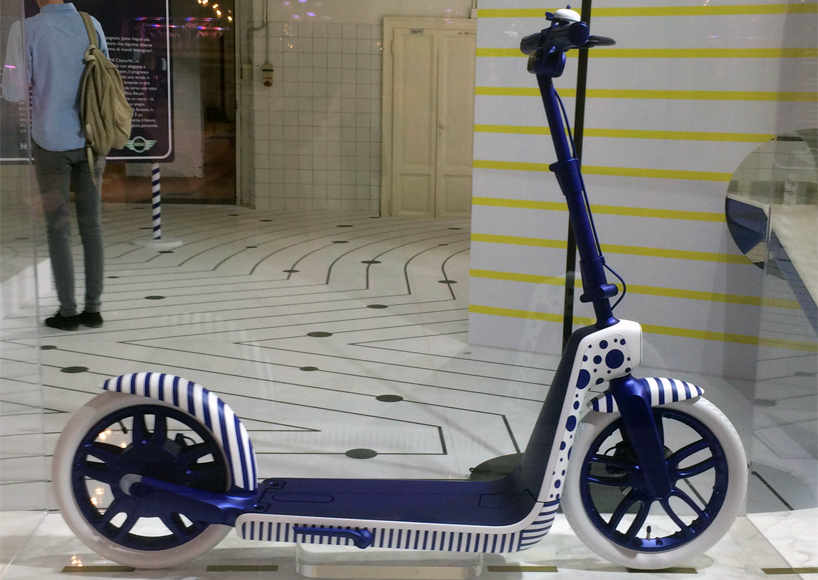 with its graphical dots and stripes in rich color tones, the two-wheeler is playful and artistic
image © designboom

as well as this, jaime has envisioned the accessories that accompany the urban travelers. the helmet which resembles more of a mask than protective equipment, plays with different perspectives. the two jacket models feature countless compartments that are necessary companions for dynamic travel. the set represents an exploration of new technologies that combines them with traditional materials and craft techniques. 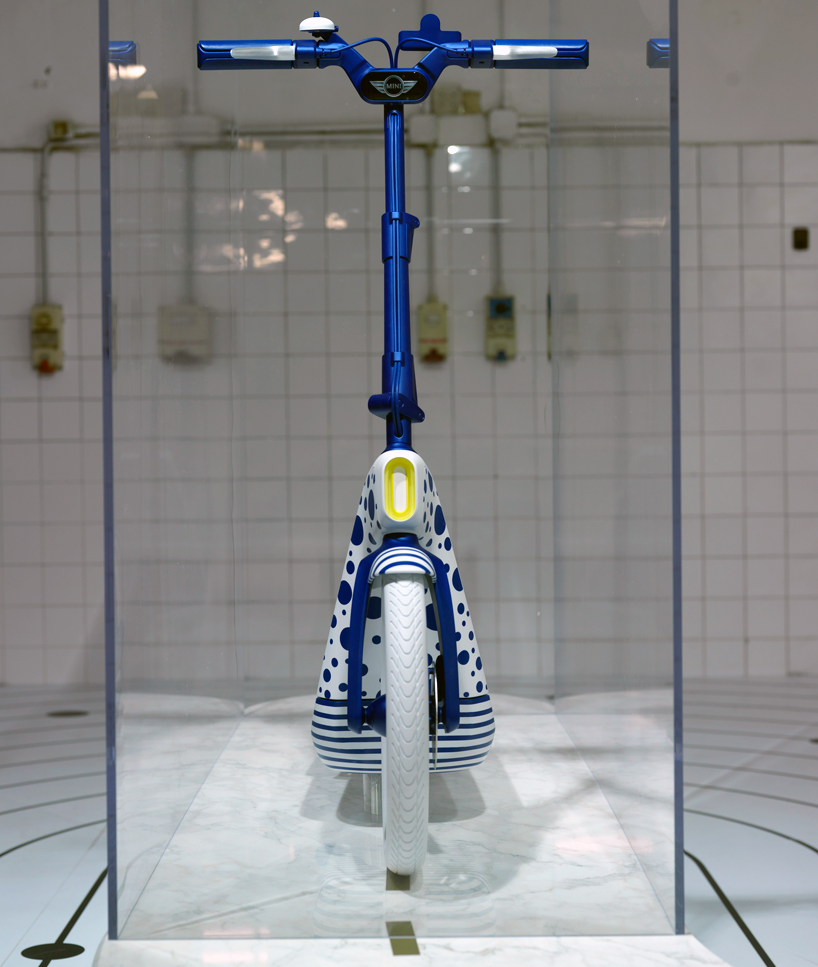 front view of the porcelain scooter 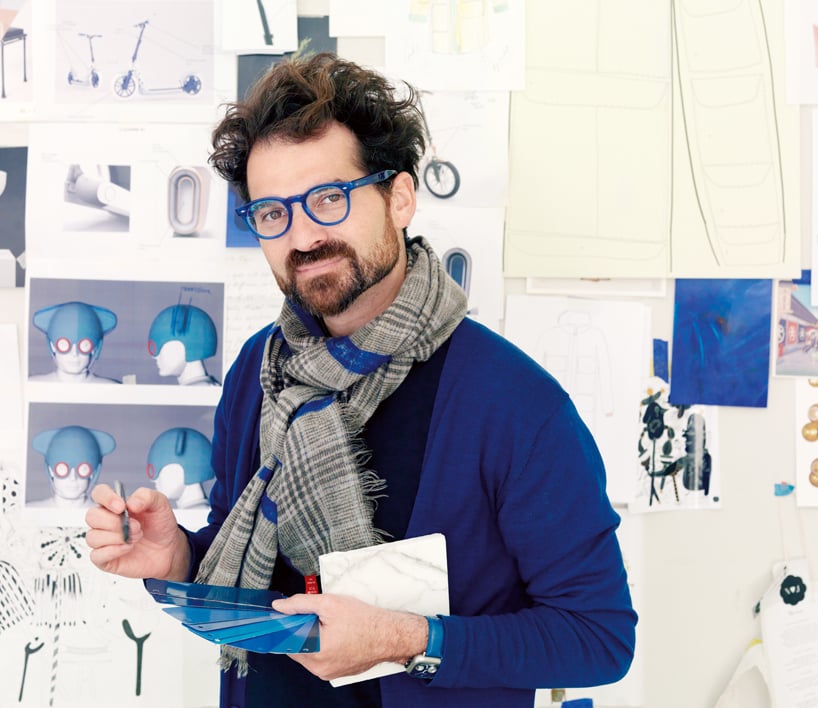 ‘jaime hayon was propelled into the international spotlight with his cheerful and distinctive designs. for us at MINI it is a particular pleasure to witness how he re-enacts the fun part of future mobility while seriously discussing its core values with this project’, is how anders warming sums of the cooperation with the designer. 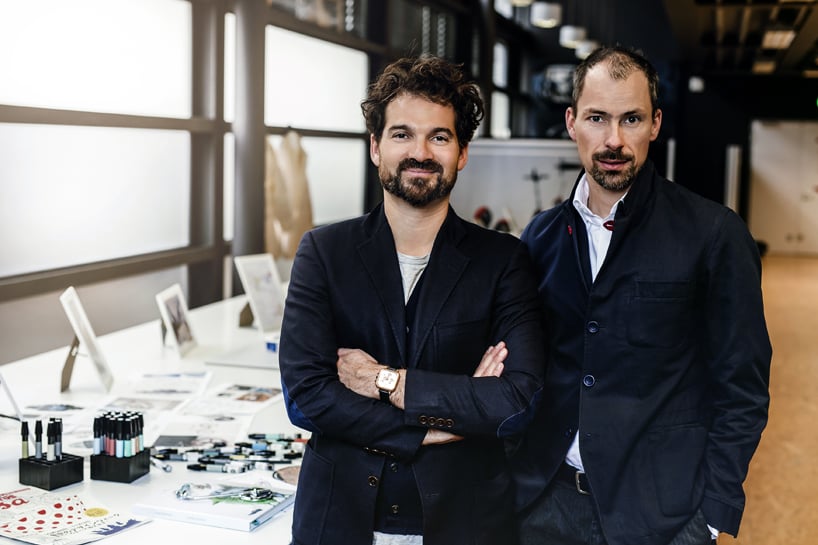 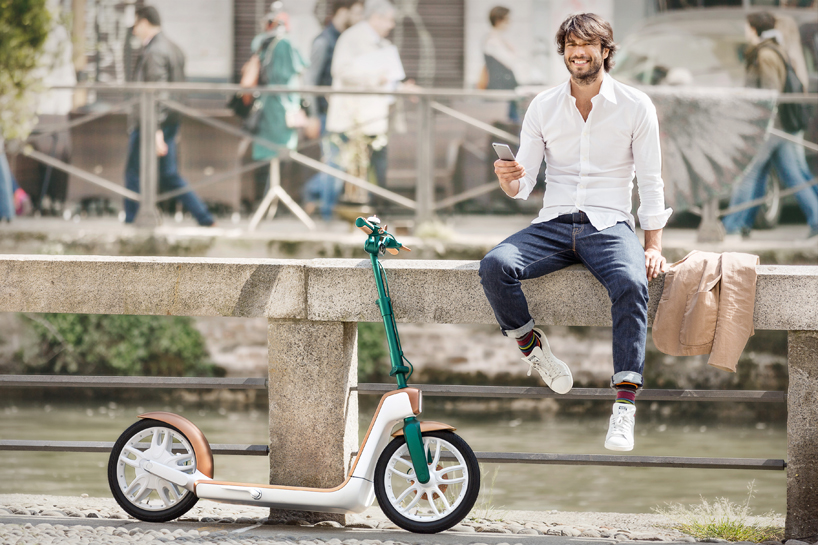 a close-up of the concept's rear wheel image © designboom

the jackets have countless compartents

the urban helmet which appears like a venetian mask

model of the urban perspectives installation