riding a bike with a massive Omnidirectional front wheel

James Bruton not only shows it’s possible to build a bike with a massive Omnidirectional front wheel but also proves that it’s drivable. Thus, through this video footage, the engineer and ex-toy-designer demonstrates the whole design process, while at the end he does a trial and surprisingly achieves his goal.

An Omni-wheel can move in multiple directions as it consists of smaller wheels around its circumference. This way, it can roll like a normal wheel, or slide sideways. In practice, when the wheel is steady, and therefore the balancing mode is off the bicycle rides like a normal bike. ‘The wheel is just locked in place and it actually rides pretty well. I wasn’t sure what was going to happen as I lent over onto the other wheels on the wheel, but it seems to work okay. There is a little backlash in that wheel and it’s a little bit back drivable so it’s slightly spongy and it will rotate as I lean on it, but ultimately it rides like a normal bike,’ James describes in the video.

After some practicing, he eventually managed to spin around with the balancing mode turned on and then switched it off and continued driving like a normal bike — stunningly without putting his feet on the ground. 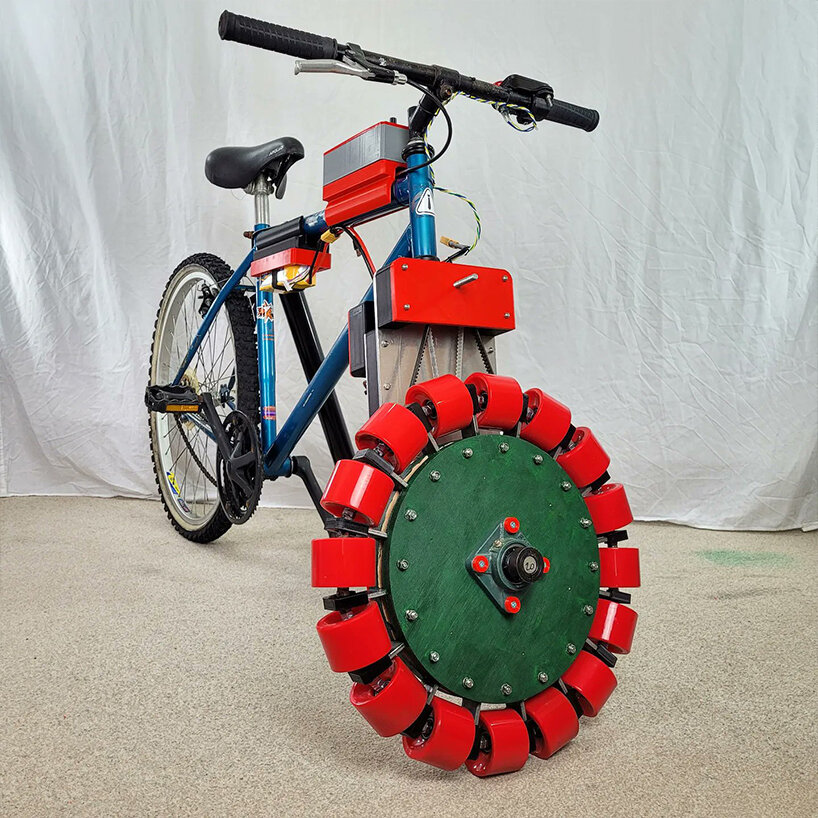 all images by James Bruton

experimenting with the bicycle

For this project, the designer built and set a self-made giant Omni-wheel on the front of a bicycle, while with some clever electronics, he managed to control the wheel so as to be able to ride the vehicle.

The most challenging part of the experiment was when he tried to ride off with the balancing mode turned on. As he mentions, ‘That’s definitely the time to forget everything you know about riding a normal bike’. While he was trying to steer, the wheels had the tension to take him in the opposite direction. However, after a bit of practice, the designer found some tricks to make the odd bike somehow functional. His pieces of advice are to lock your arms and the steering and try to lean in the direction you want to go. Safe to say: if you want to ride this bike, you should learn it from the scratch! 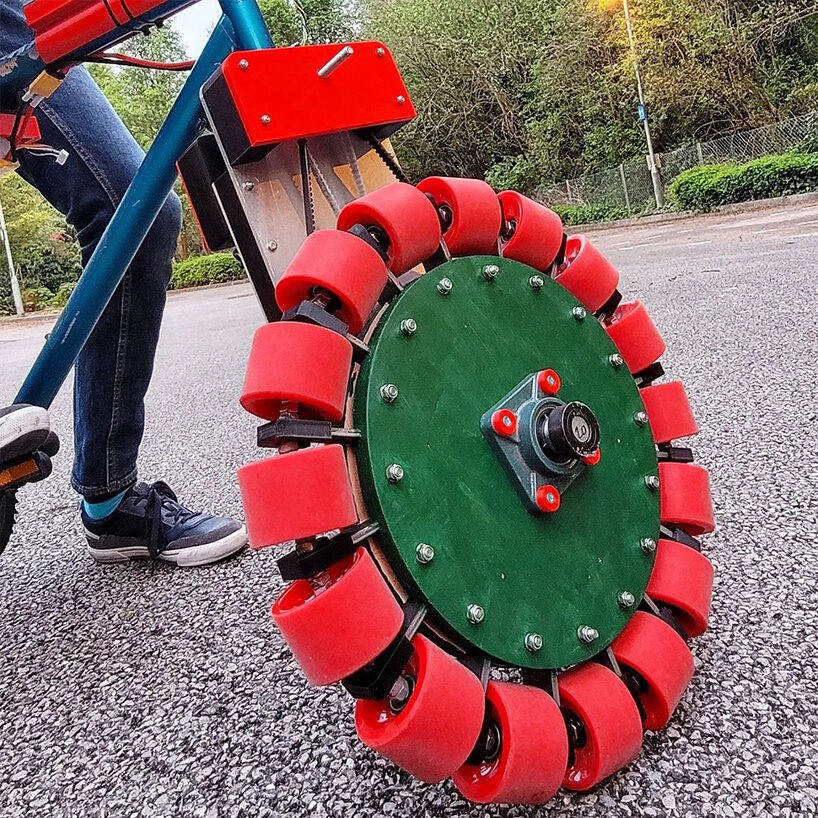 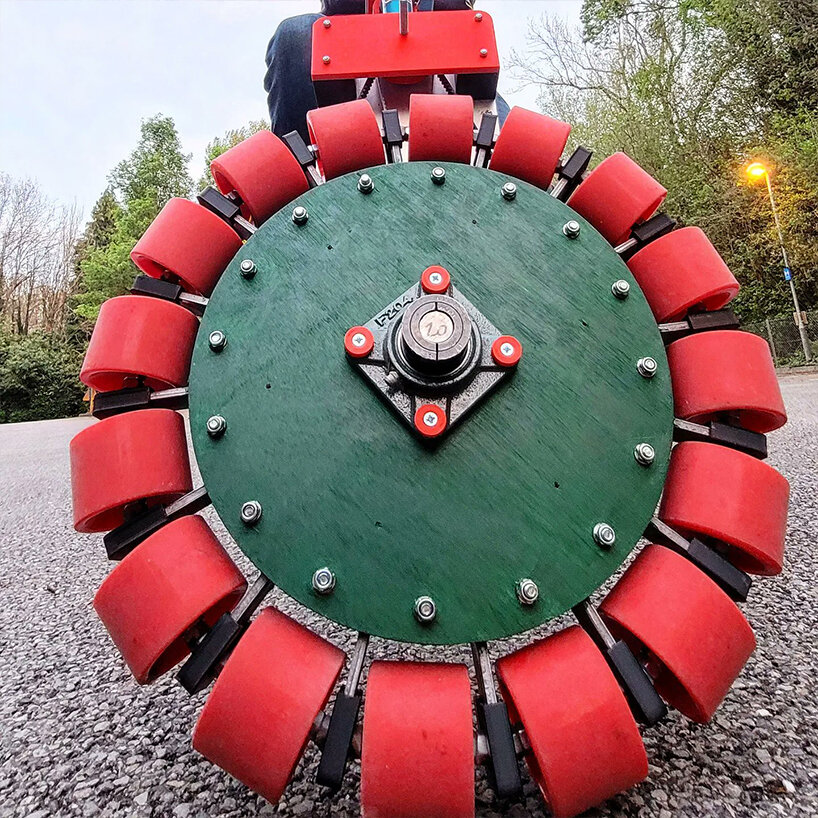 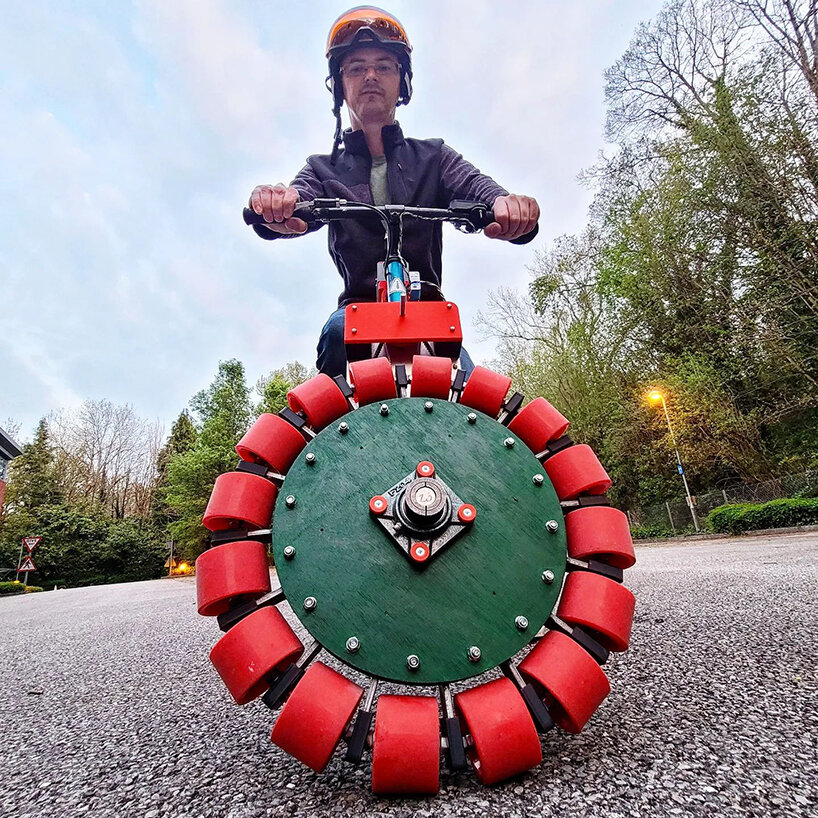 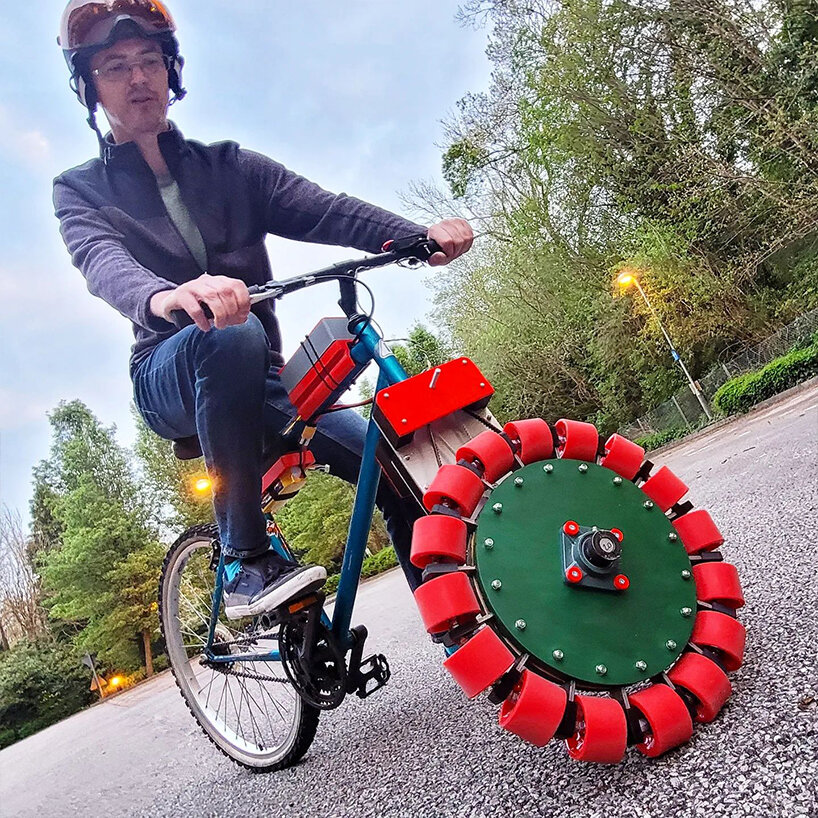 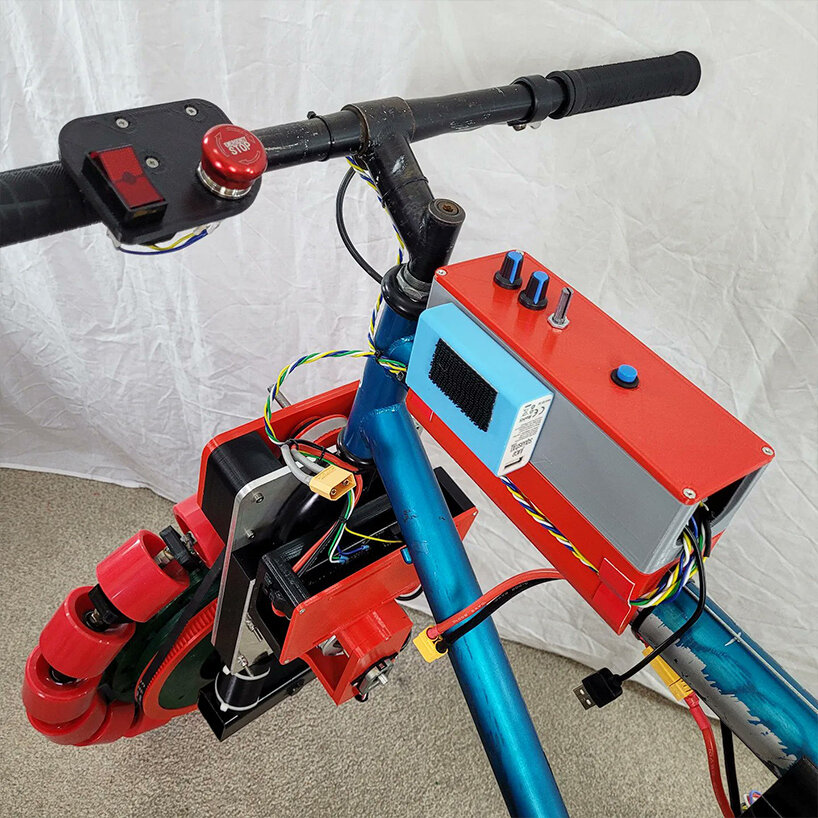 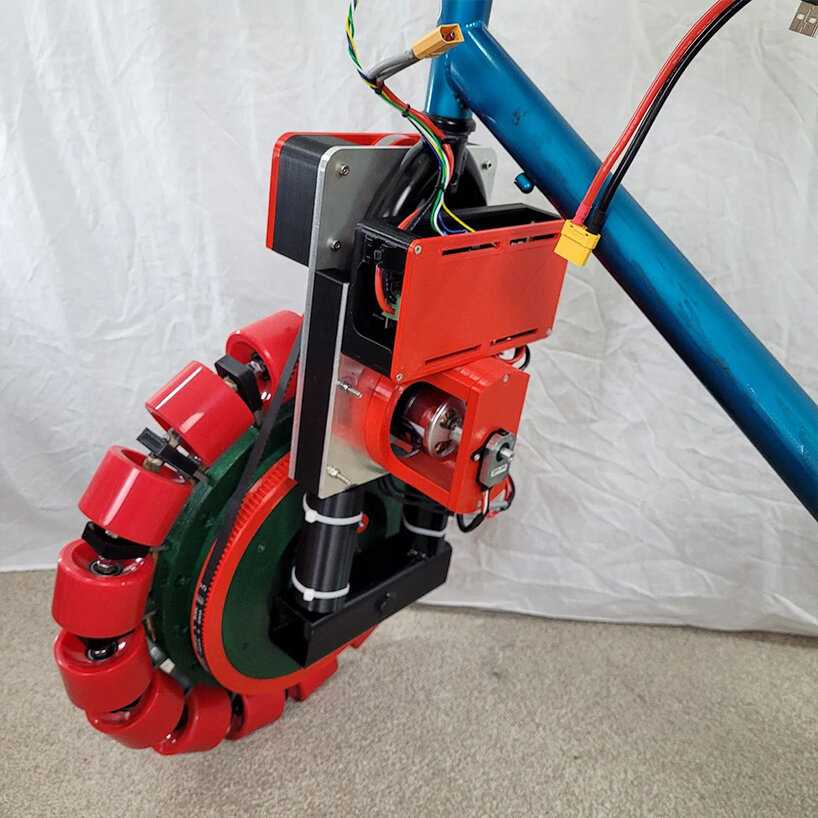 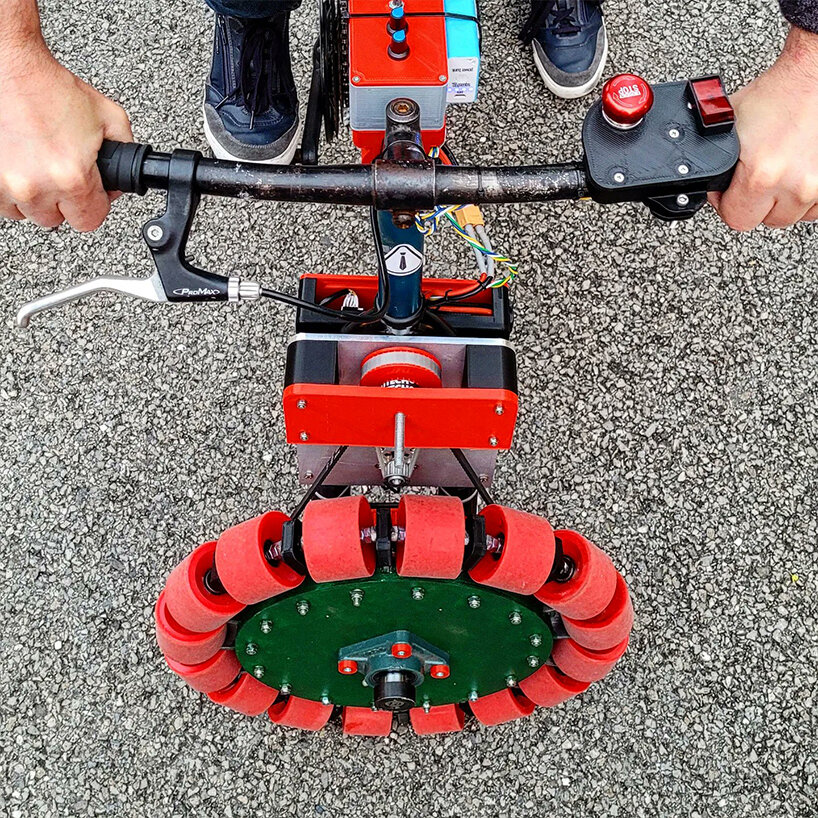 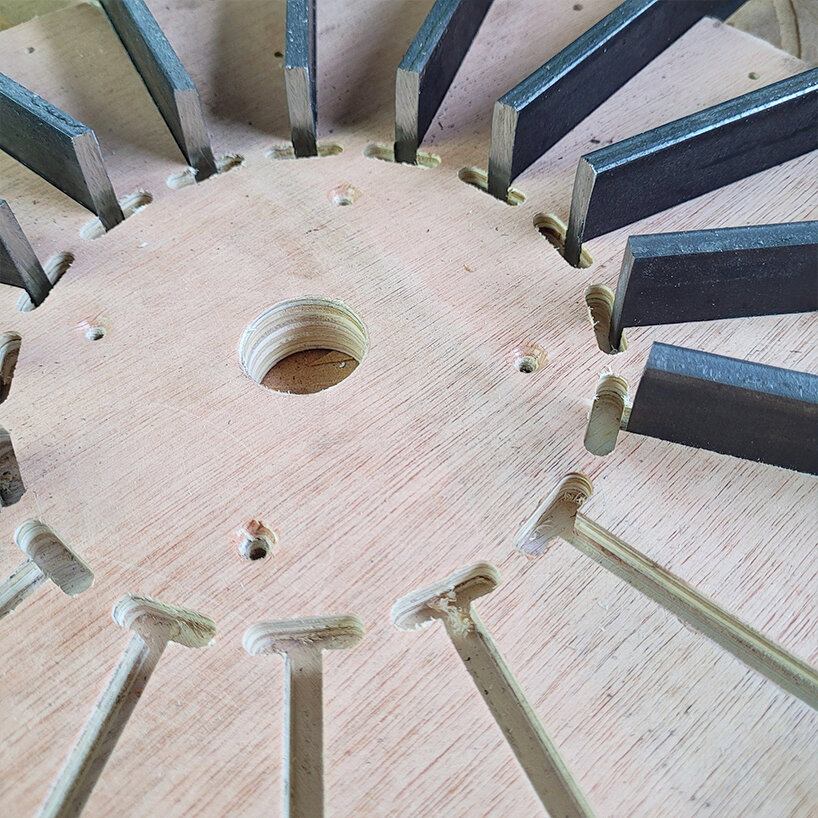