we first saw the experimental manufacturing techniques of james shaw with ‘the well proven chair’ in which the london-based designer combined a mixture of wood waste shavings and bio resin, which reacts in a way that it expands into a mouldable foam, which he applied to create a seating (see designboom’s coverage of the project here). expanding further on his material explorations and production processes, shaw has now developed a collection of three ‘making guns’; each an innovative tool for the execution of radical production methods. the first of these weapons, known as the ‘papier-mâché gun’, uniquely co-sprays a mixture of recycled paper fiber with a binder-water mixture such that they condense in the air hitting a substrate. being presented at the 2013 royal college of art graduate exhibition, the process creates rough geological seeming forms. colors can be easily added to the mixture. 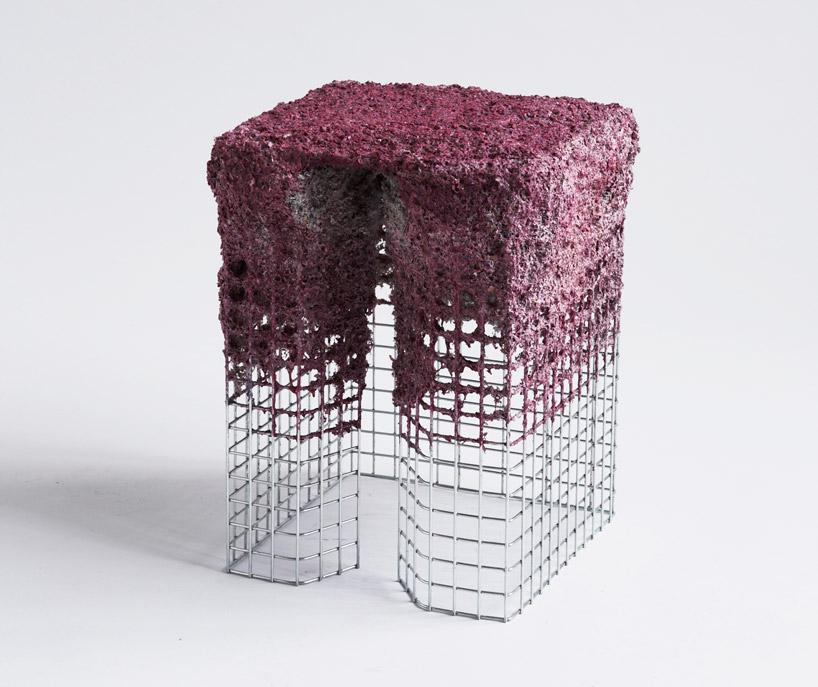 ‘I have produced a set of weapons (guns of course) to become my arsenal, with these I will fight the fight. we are all fighting for creative territory, for novelty, for some spark of newness. we are fighting banality and the oppression of massive systems within which we are complicit and sometimes complacent. each gun is an innovation in itself, and each gun shall be capable of producing further innovation. these guns are tools for making, for making images of possible new worlds.,’ says shaw 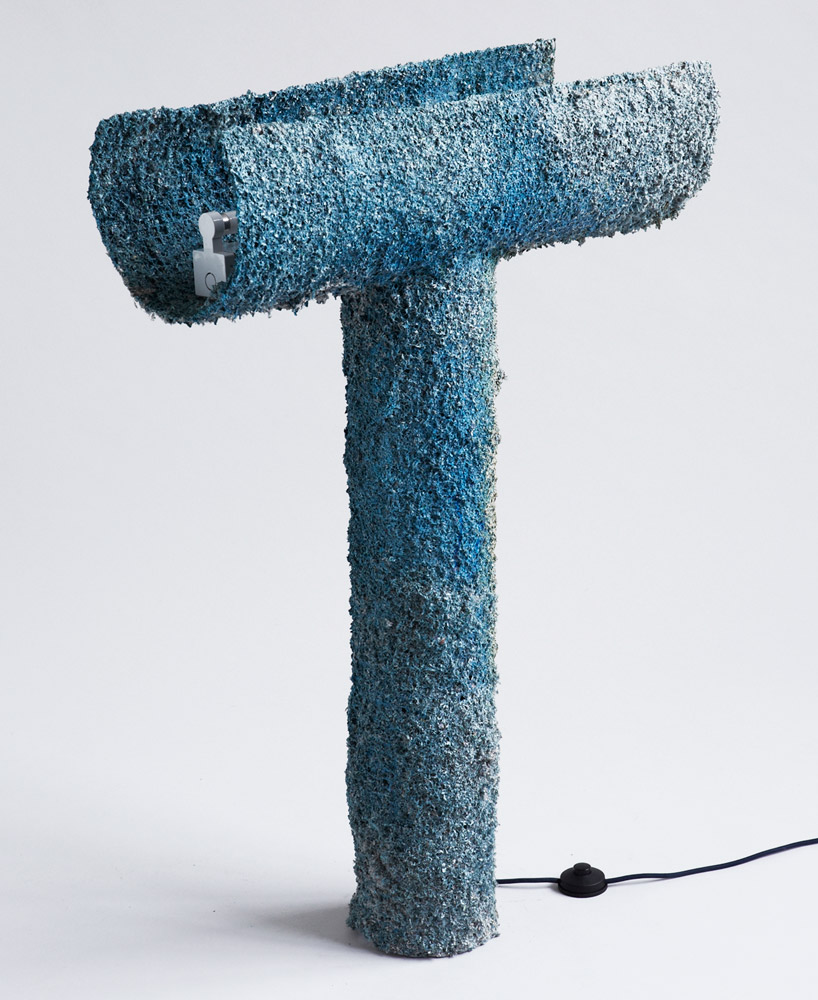 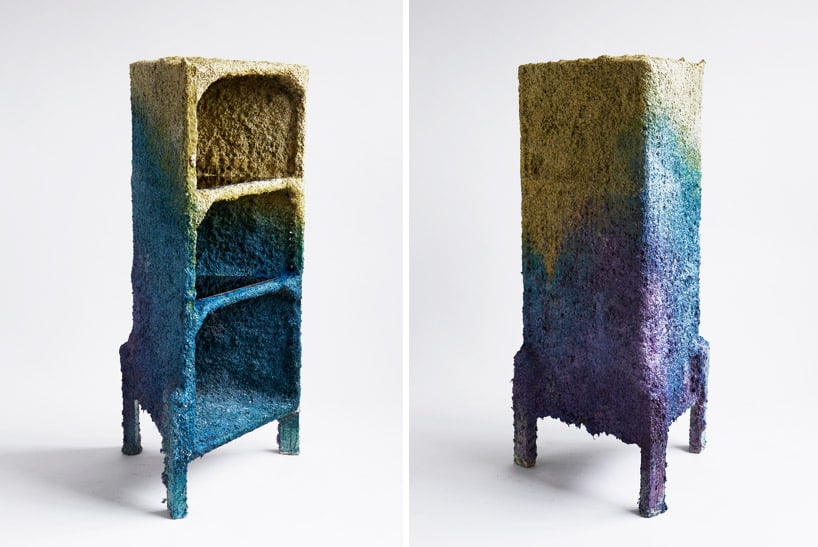 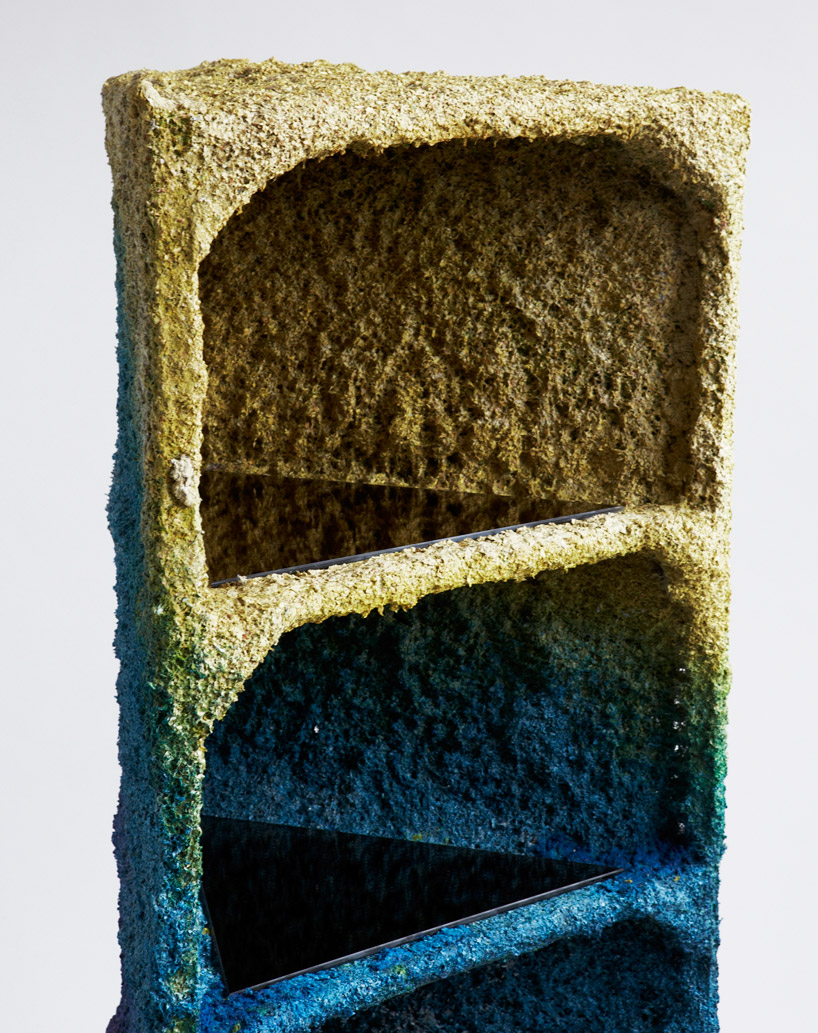 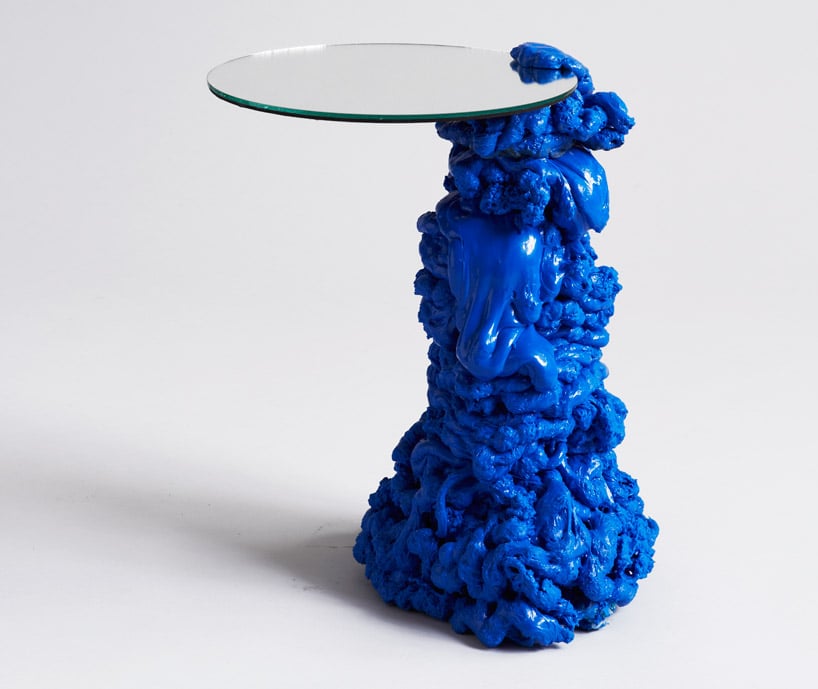 the ‘pewter squirt gun’ is a deceptively small tool which can melt and squirt out pewter like a water pistol, the material then cools and solidifies where it lands. this results in the creation of organic forms that embrace the natural characteristics of the medium. 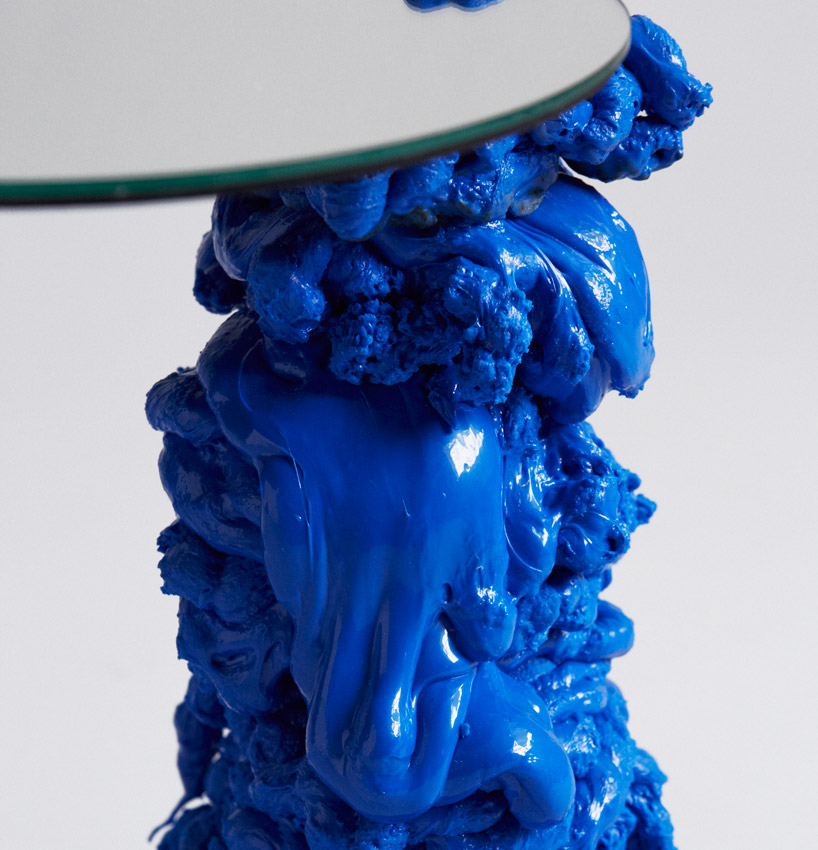 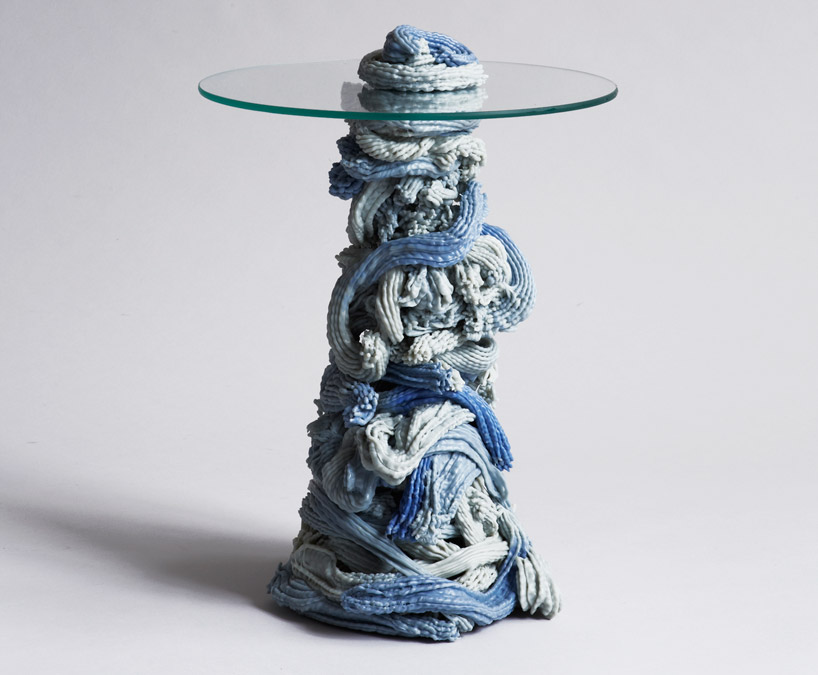 the ‘plastic extruding gun’, the most vicious looking of the three, turns the extrusion of polymers–usually a huge and cumbersome task carried out in distant factories–into a handheld process. shaw uses this device to form recycled HDPE into exciting and extravagant shapes that again celebrate the qualities of a very under-recognized material. 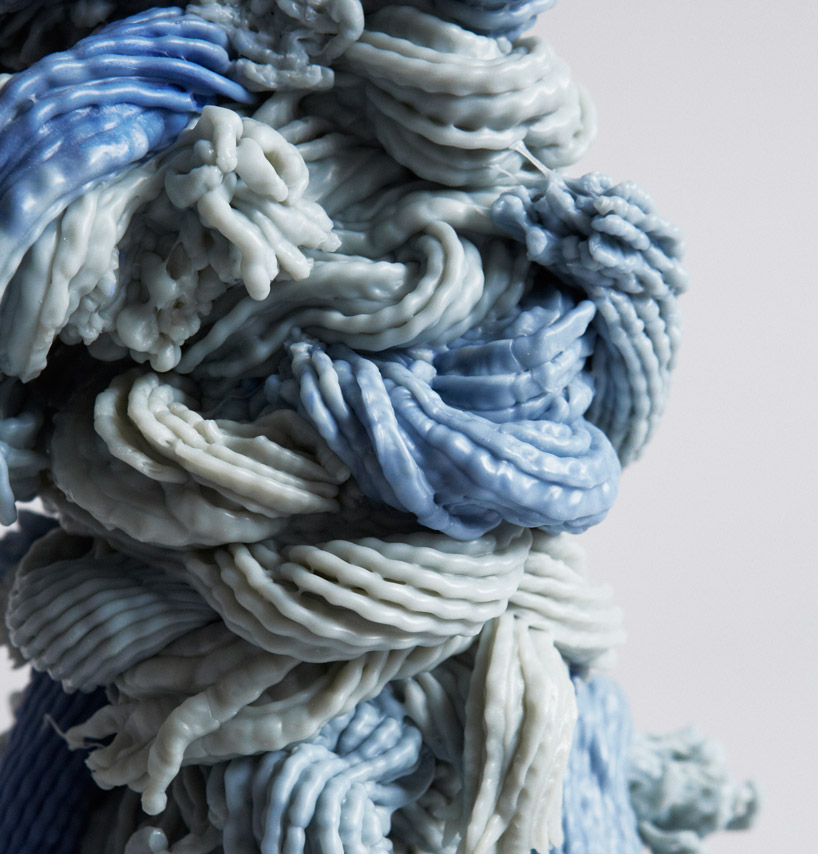 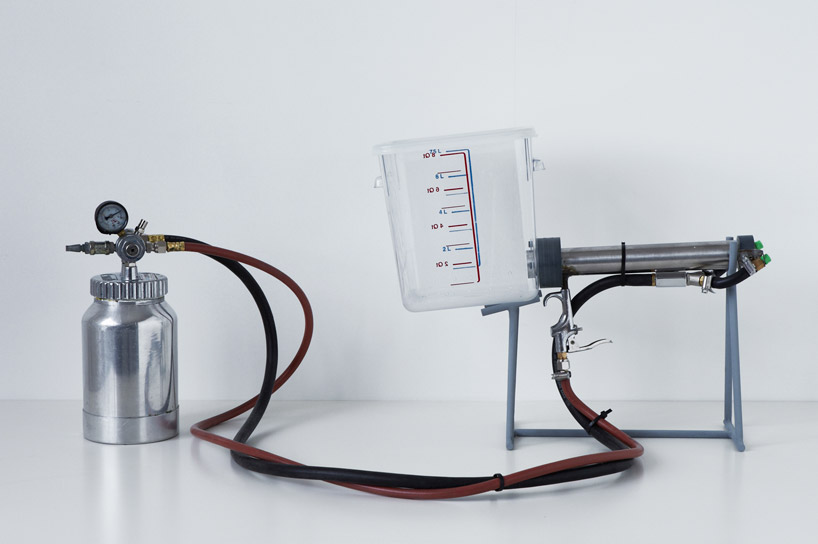 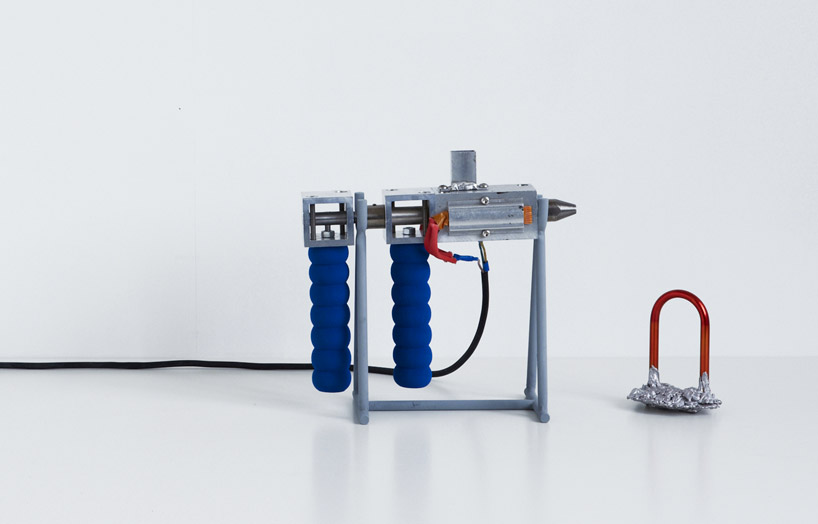 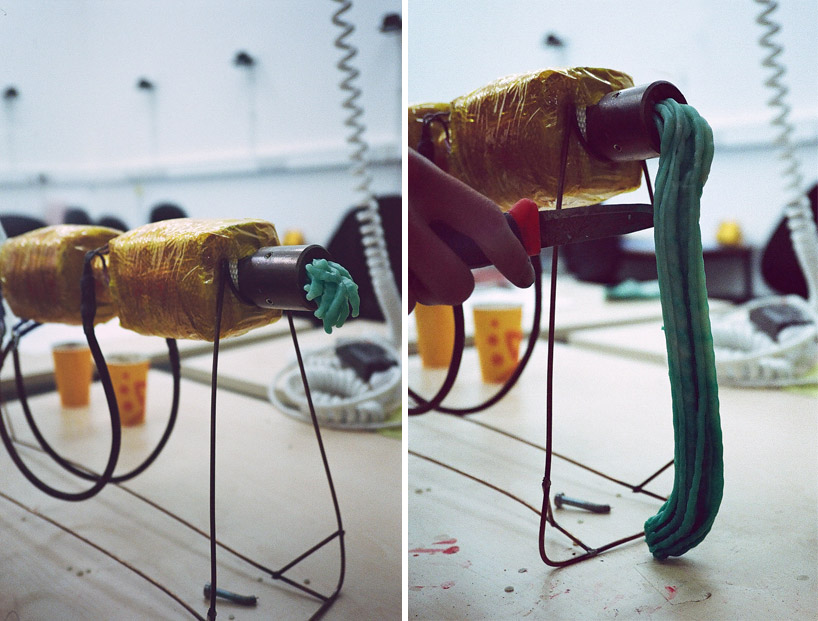 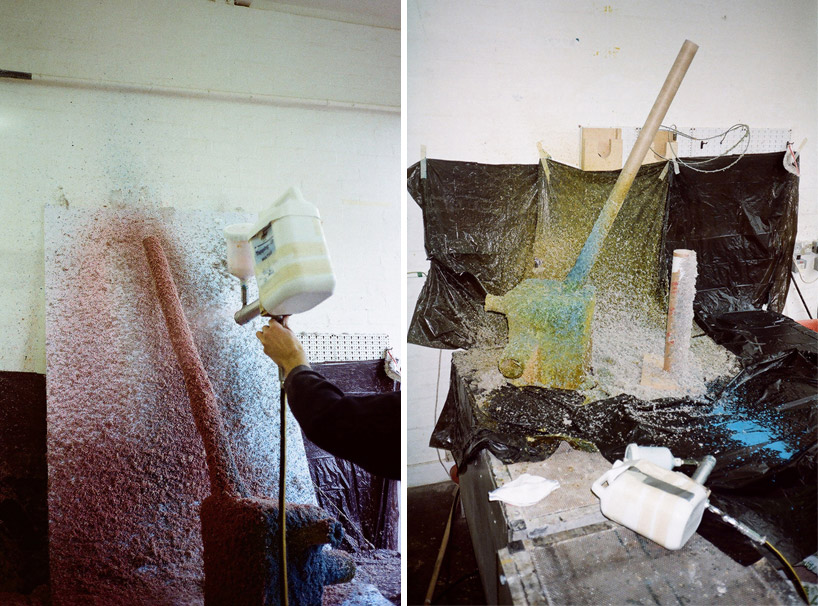 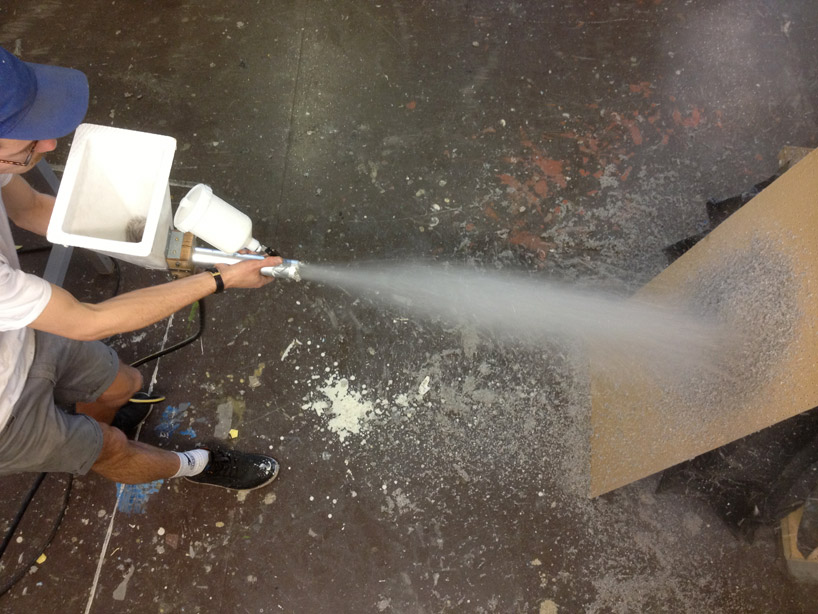 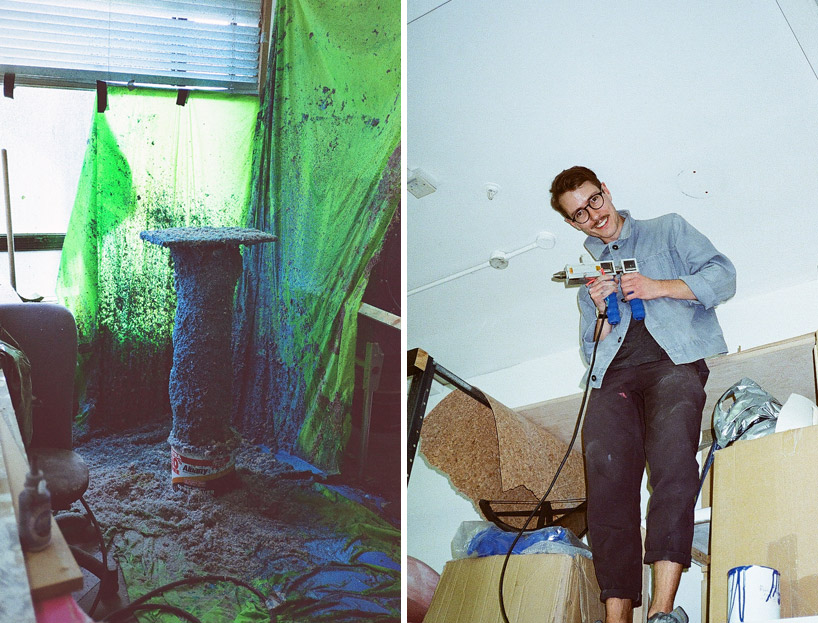 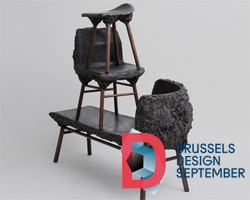 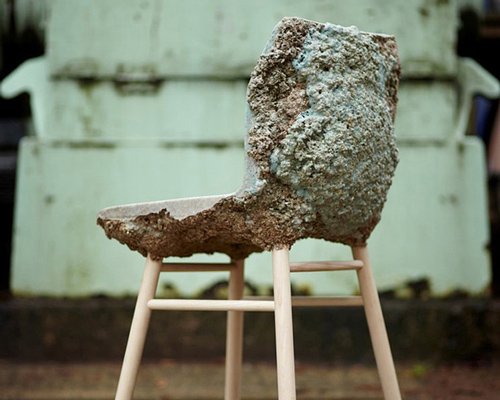