Brothers Masamichi and Nobumichi Tosa are the masterminds behind the collective Maywa Denki. A myriad of ways to describe them springs, but never settles in one: performers, inventors, physics enthusiasts, art breakers, and musicians. The brothers drew their collective name from their father’s totem in history.

A factory owner, Mr. Tosa made electronic parts and supplied them to electronic brands such as Panasonic and Toshiba. His company met its ultimate fate in 1979 when it went bankrupt, failing to battle the then oil crisis. Rather than burying his history, concealed and unheard of, his sons awakened their musical and artistic ingenuity and brought back his namesake as they formed their band.

Growing up, the Tosa brothers were surrounded by their father’s business and influence. Their household and home figure brought them up in a way that piqued their interest in electronic components. As they aged, they discovered the penchant for music and toyed with it until they decided to combine their passion for tunes and musical instruments with physics.

The brothers recognize the blood of their father as an engineer that runs through their veins. As artists, they long realized the difficulty to express themselves to their audience. To free them from self-restriction, they adopted the style of an electrical store and gave birth to Maywa Denki. 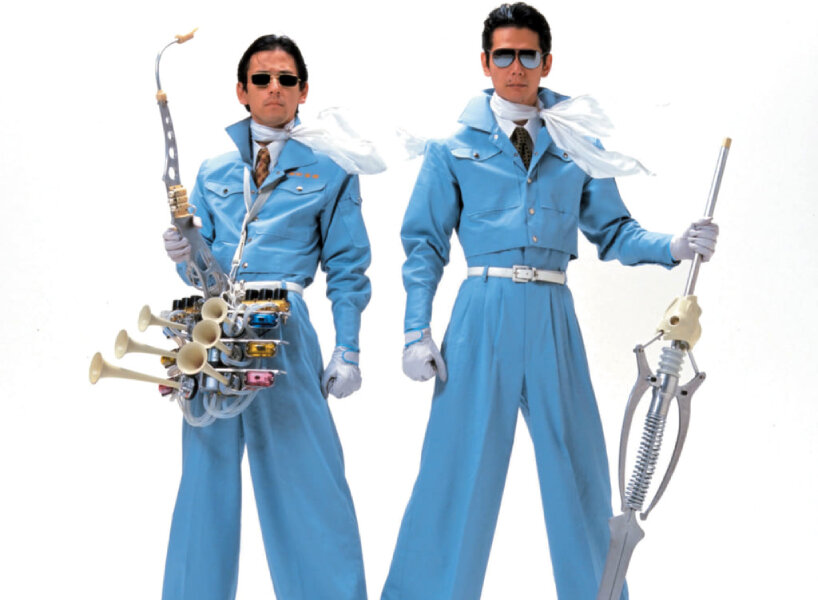 From their instruments to their stage outfits, the brothers take their aesthetic and musical ethos from electronic shops. Loose trousers, single-button jackets, and cropped tops, all in blue, have become their signature look. Inside their outfits, a white shirt and a necktie complete their gear. The band wears the uniform of the postwar employees in electronic factories and stores not to work, but to perform on stage.

Funky and xylophonic sounds articulate the rock genre of the band sweetened by their almost monotonous, baritone singing that creates a lush, complementing production. Clips taken from their music videos in the past see through the interconnected wires and apparatuses the instruments that make them elicit sounds without needing anyone to play them.

The instruments they use form part of their Tsukuba series that the duo created, an array of musical instruments that run through the attached electronic parts. When connected to a computer, the instruments can function on their own, creating a theater-like performance that accompanies the duo. 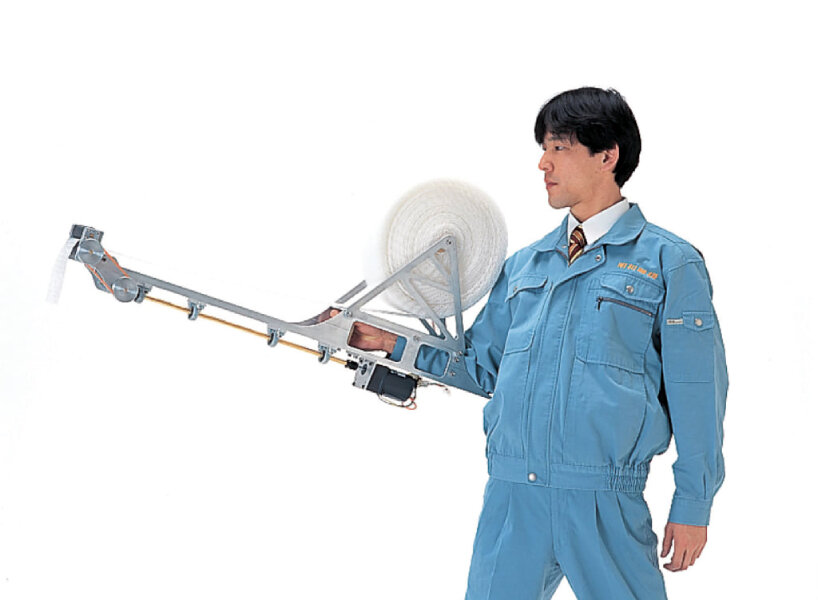 The musical instruments ground the bloodline of the Tosa brothers. In fact, they also created Otamatone, a touch-sensitive electronic musical synthesizer that resembles a hybrid flute and saxophone. The duo were interested in percussion and electronic music so much that they introduced their Tsukuba series. They invested their time in exploring how they could meld the two until they conceived the collection.

Their Edelweiss, a self-playing marimba with flowers, unfolds when they play the music and folds when it stops. The Otamatone, a musical instrument hooked to the musician’s back, is controlled by electronic finger clicks. Semons, a singing machine with a diaphragm, feeds air into its rubber-based artificial vocal cord, regulated by a computer software.

Based on these alone, the computerized music – synthesizers and all, thanks to their curiosity to infuse electronic parts from their father’s history into their craftsmanship – of Maywa Denki produces their desired sounds using electricity, coupled with their vision of keeping their lineage alive. 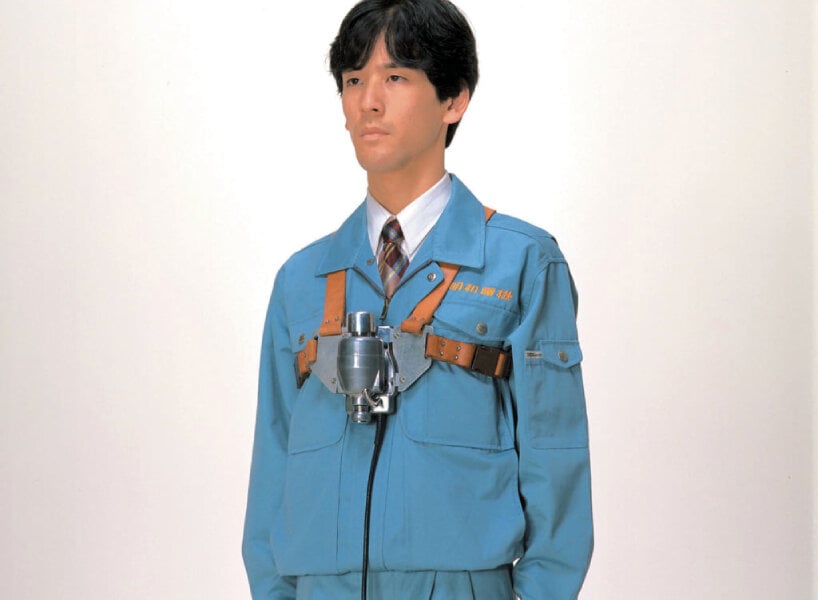 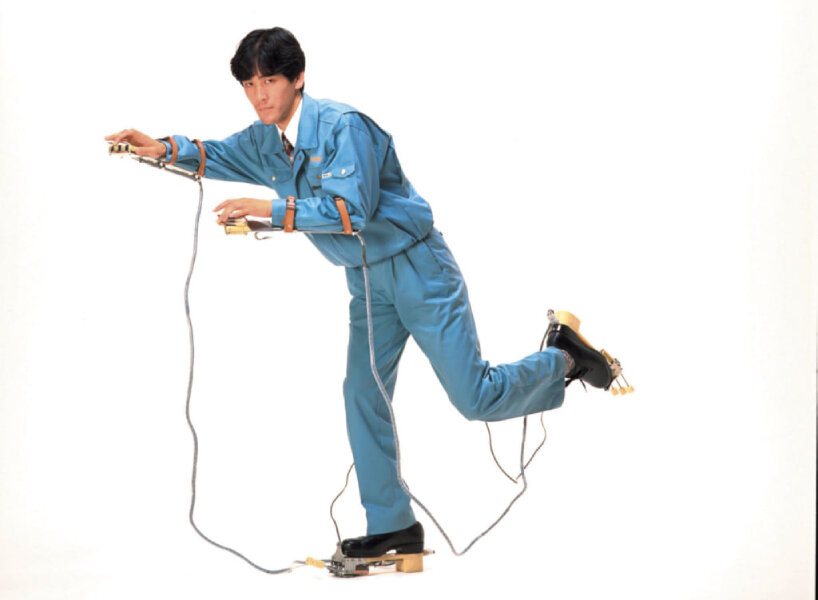 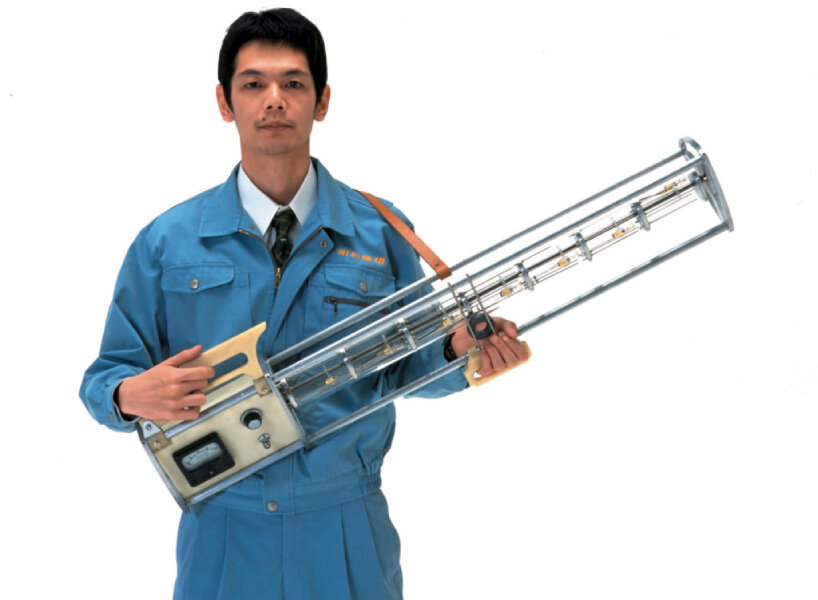 electronic parts are also attached to their musical instruments 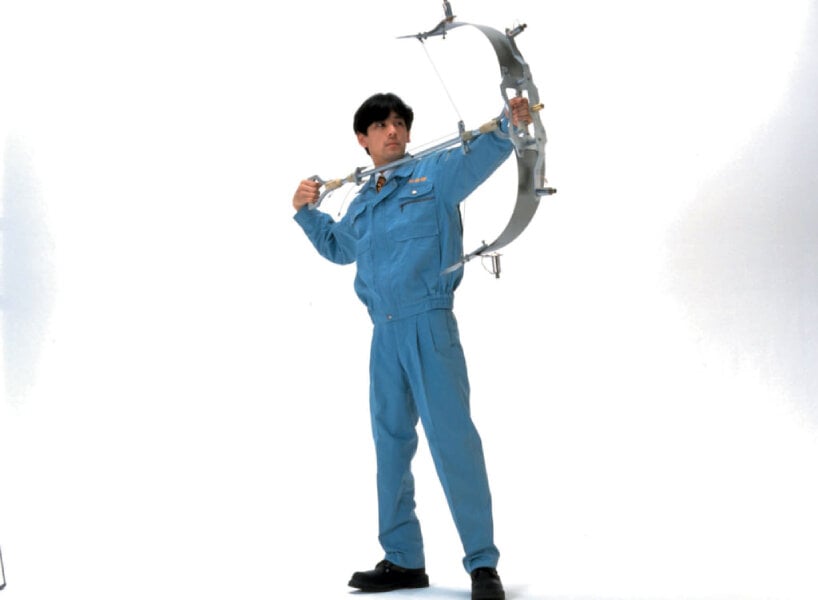 using a computer software, the instruments can work on their own 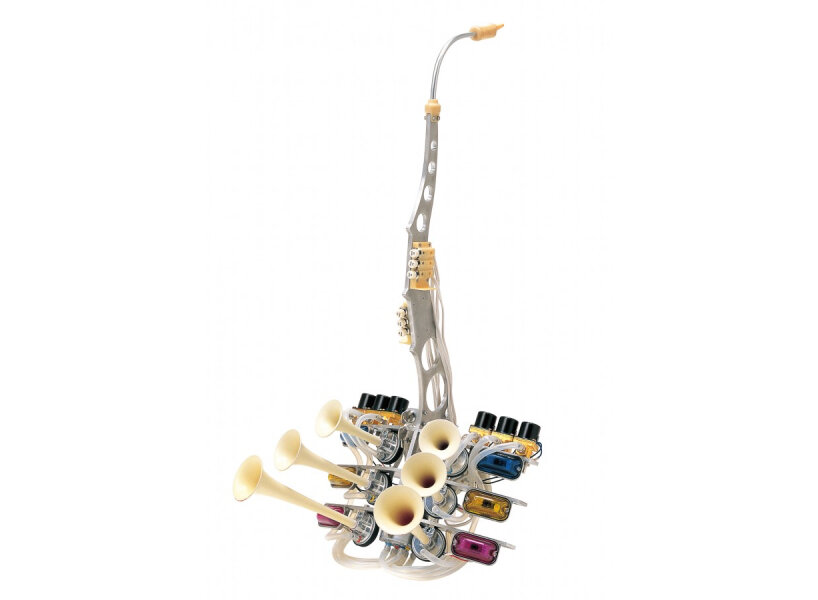 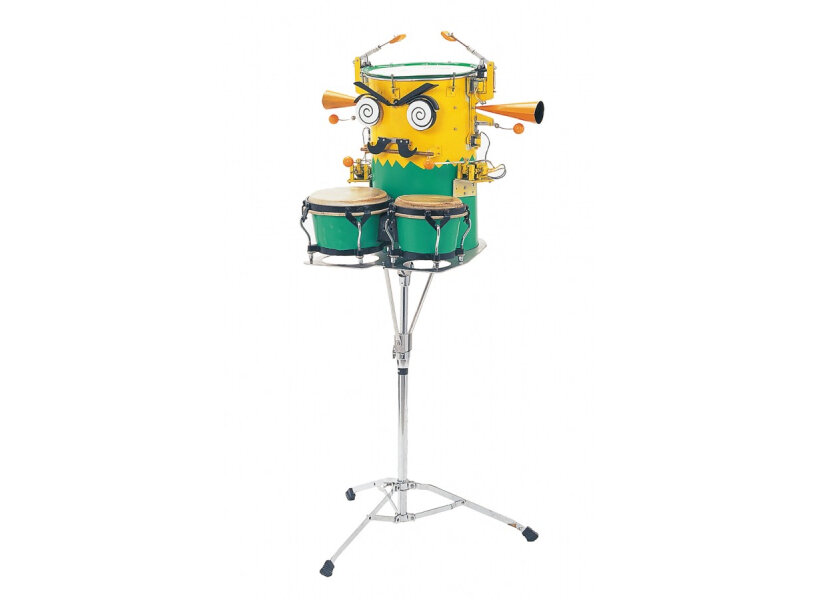