‘the good life’ is a series of photographs and text by jasper morrison which he has compiled throughout his daily observations and various travels. presented in the ‘common ground’ exhibition at the venice architecture biennale, the images which morrison has captured are simple – representations of vernacular design in which je delights in the imperfections of the objects around him, interventions where people have brought utility, charm or beauty from often limited resources. through this exercise, morrison finds the humor in the confrontation between a designer’s ideas and the inadequate reality of execution.  the texts which accompany the visuals are morrison’s views and thoughts of the world in which he shares the creative connections he finds between things, the statements, open minded and full of curiosity. chandelier ‘a chandelier for the street, made from pet bottles. if this was an exhibit at the salone del mobile in milan I wouldn’t give it a second look, but far removed from the temptations of designer dreams in pondicherry, it holds a very different meaning and purpose. hanging between two houses in the middle of a narrow residential street and consisting of some wired together pet bottles with christmas tree lights wrapped around them, with a pulley system for lowering the assembly for festivals or repairs, it was not so much the magnificent contrast of grandeur and lack of means that kept it hanging there, but the powerful effect it must have on the night-time atmosphere of the street in festival. even without it’s electric booster it was doing a fine job for the day-time atmosphere. no doubt it must have raised some eyebrows amongst the neighbours the day it went up, but having proved itself an asset to the community it had clearly been accepted. ultimate proof of design quality.‘ broken pot ‘if the pot hadn’t been broken I wonder if I would have taken this photo. if not does it mean the pot looks better broken, or just has a stronger effect on the atmosphere of this courtyard in portixol, majorca. was the pot broken by the roots of the plant or by frost (not very likely) or was it some other, more dramatic accident which divided it in two? does the owner have plans to fix it, or are they not bothered by the situation. the plants themselves don’t seem to mind the fault line. close inspection reveals the pot to be a crude concrete construction with poorly applied sea shells, edged with broken terracotta fragments and small stones, altogether surprisingly effective. the surface of the neighbouring pot, the shape of which suits the plant it contains rather well, has a similarly hand-made look, and the floor of the courtyard may well have been laid by the same craftsman, the owner himself?‘ 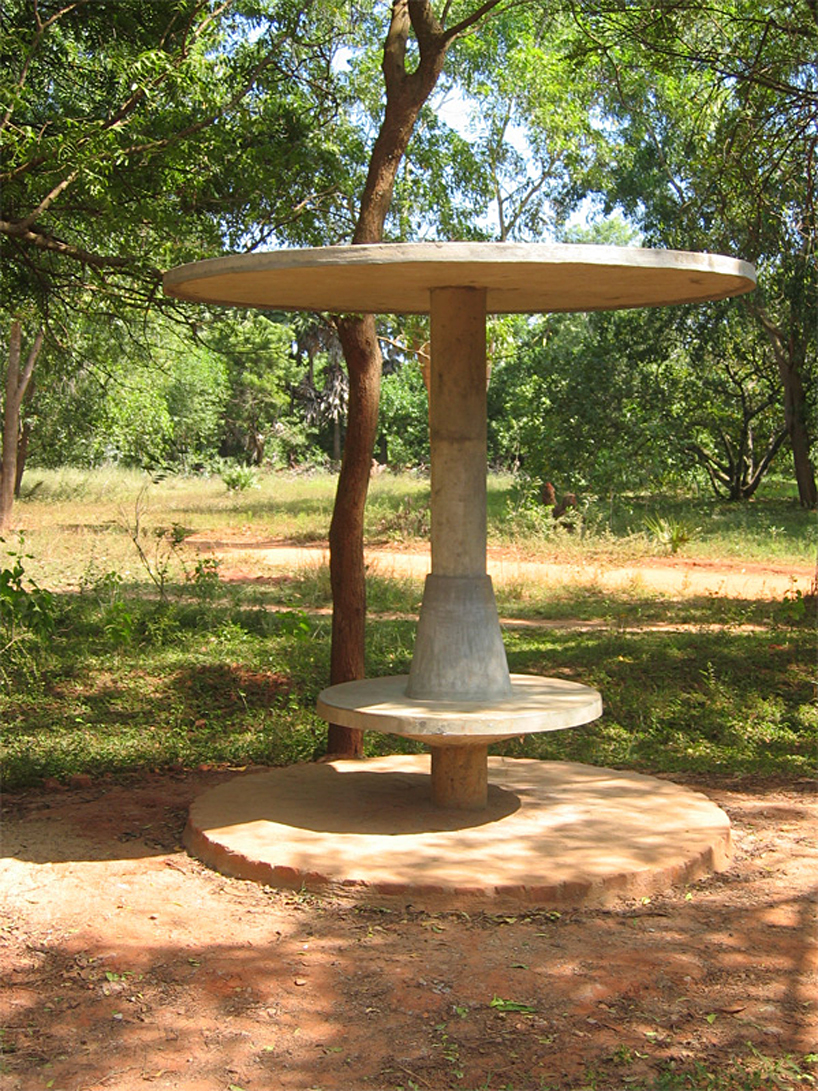 bus stop? ‘we are in pondicherry this month, more precisely auroville, the future city which hasn’t yet been built, to consider what may be a bus stop, or simply a shady place to rest the feet. it stands in a clearing not far from the road, a little too far for a bus shelter you might think. it’s an assembly of cylindrical concrete castings which together form a satisfying whole with combined functions. the roof is wide enough to provide a bit of shade and shelter from the rain. a supporting column runs from the ground up, passing through two conic cylinders which together form a circular bench with an angled back rest. I wonder what a structural engineer would say about the connection of the roof to the supporting column, but otherwise I admire its sculptural quality and the generosity of the idea.

there was no one near it when I stopped to take the picture, but one can imagine besides it conceptual elegance, an uneasy functional aspect. no problem if you’re the first to arrive, you take your seat wherever you like, but for the second there’s a difficult choice to be made. too close and the first will feel you’re crowding him and too far round, he’ll think you’re ignoring him. wherever you sit it will be difficult to have any conversation without some physical contortions. but maybe there’s a completely different reason for this shaded roto-bench to be here. ‘ 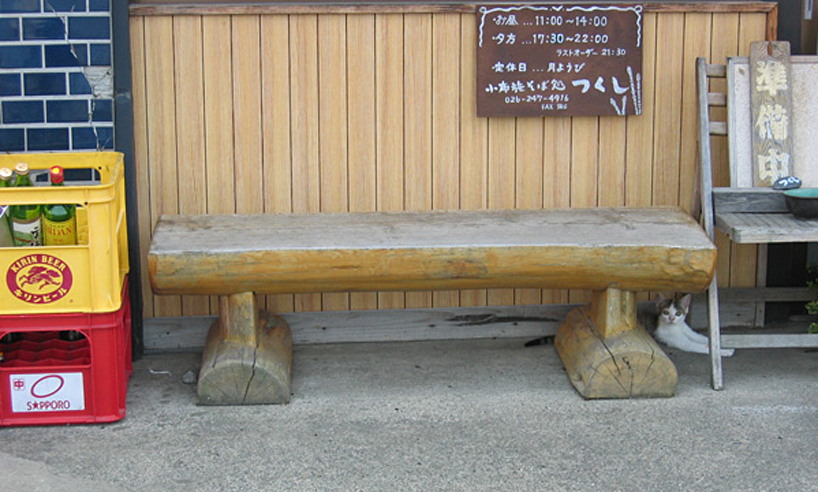 log bench ‘nobody would describe this bench as good looking, yet it has a certain charm, and maybe charm is more important than looks. the bench was outside a railway station restaurant in the japanese countryside. from a design point of view there’s plenty to admire. it exhibits a determined conceptual rigour, as if it’s maker said to himself ‘I’ll make this bench from a single log of wood 1.5 metres long, without using any screws, and it will be strong enough for an elephant and heavy enough to survive a typhoon.’ the structure has been planned to make the most of a few basic cuts, so the flat sides are used for the seat (for comfort) and the base (for stability). it’s character is cheerful and welcoming and it has obviously earned it’s place between the beer crates and the folding chair. the world could use more of the spirit of do-it-yourself projects like this one.’ 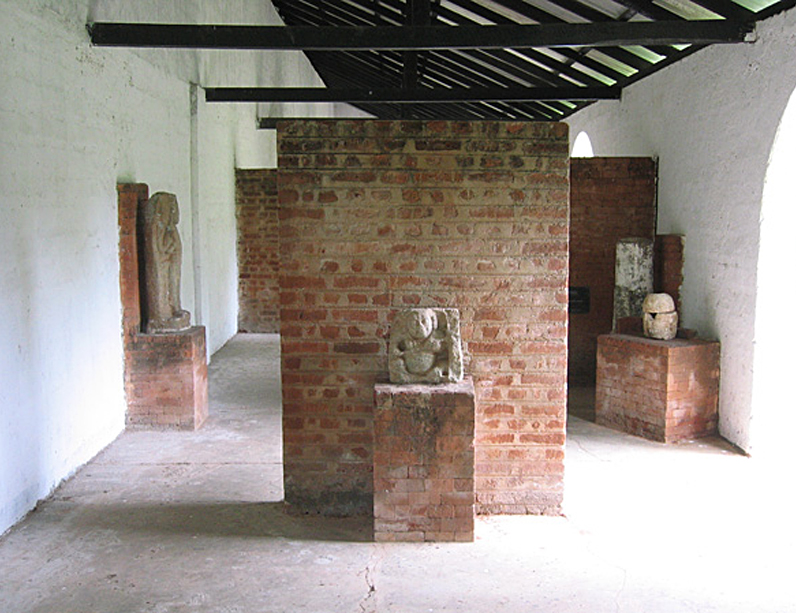 museum ‘could any western architect or designer have come up with a more beautiful or appropriate setting for the stone carvings found at the ancient & ruined city of anuradapura, one time capital of sri lanka? the sculptures, dating from 4th c. BC to 11th c. AD, are set on plinths of un-mortared terracotta bricks (for the flexibility of exhibits on display?), with dividing walls of a similar brickwork, sloppily but appealingly mortared. the museum is set in an ex-british colonial mansion and this space would probably have been the servants’ quarters. the floor is now in cast concrete and the walls are white-washed. there is no lighting other than the daylight which makes it through a series of arched openings in the facade, and this soft illumination is all the sculptures need to reveal their shapes. thinking of the fortunes spent recently on some of europe’s grandes oeuvres, one wonders if such fancy dressing does anything for the salad.‘ 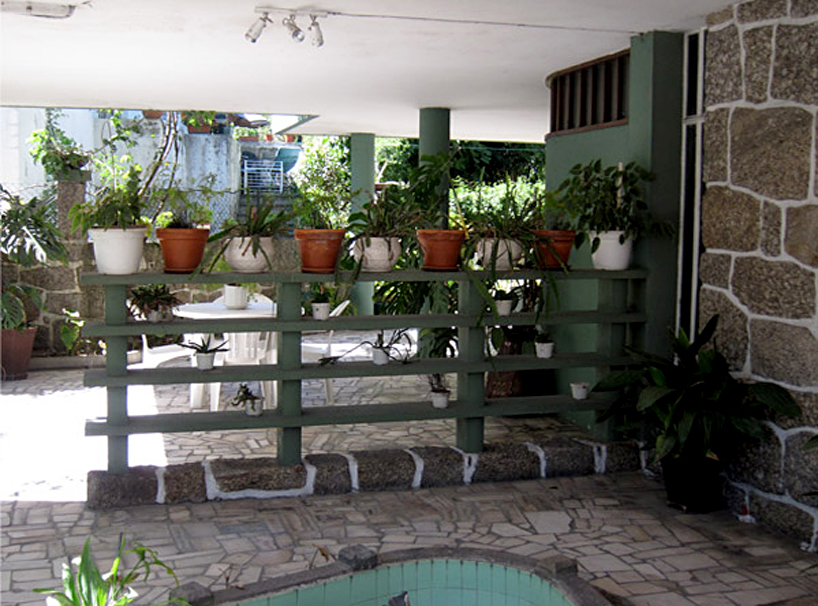 garden shelves ‘imagine the architect of your new house arrives one day with proposals for the garden and with a level voice, mentions that the main architectural feature of the layout will be a concrete shelving system. you do your best not to laugh out loud, and remind him that you already have plenty of shelves inside.

listen, he says, these shelves are not for books, they are plant shelves, and being positioned as they are on the plan, will lend your summer lunches a little privacy from the passing neighbours. ah ha! not so stupid! you reply, and fifty years later they are still doing their job – almost. despite the originality of the idea, the architect forgot that plants on shelves need flowerpots, and due to the tight spacing between them, only the top shelf would hold a reasonable sized plant. the best made plans are full of holes! ‘ 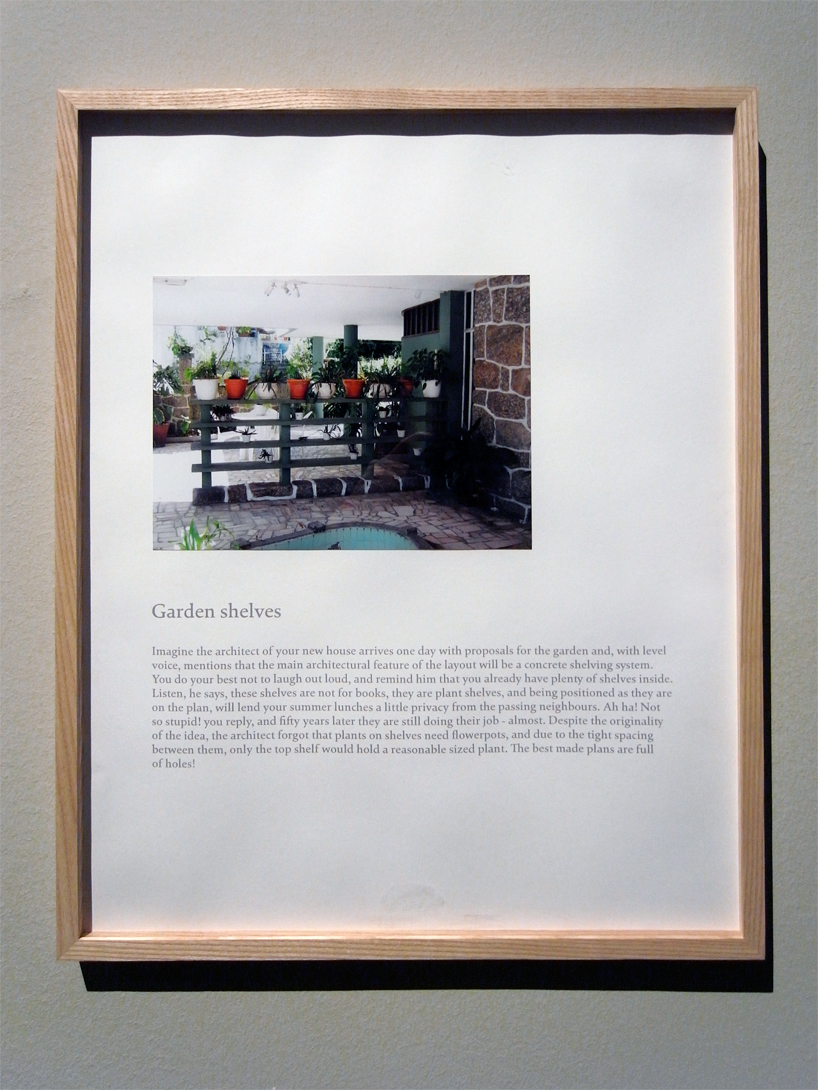 presentation of ‘the good life’ by jasper morrison image © designboom 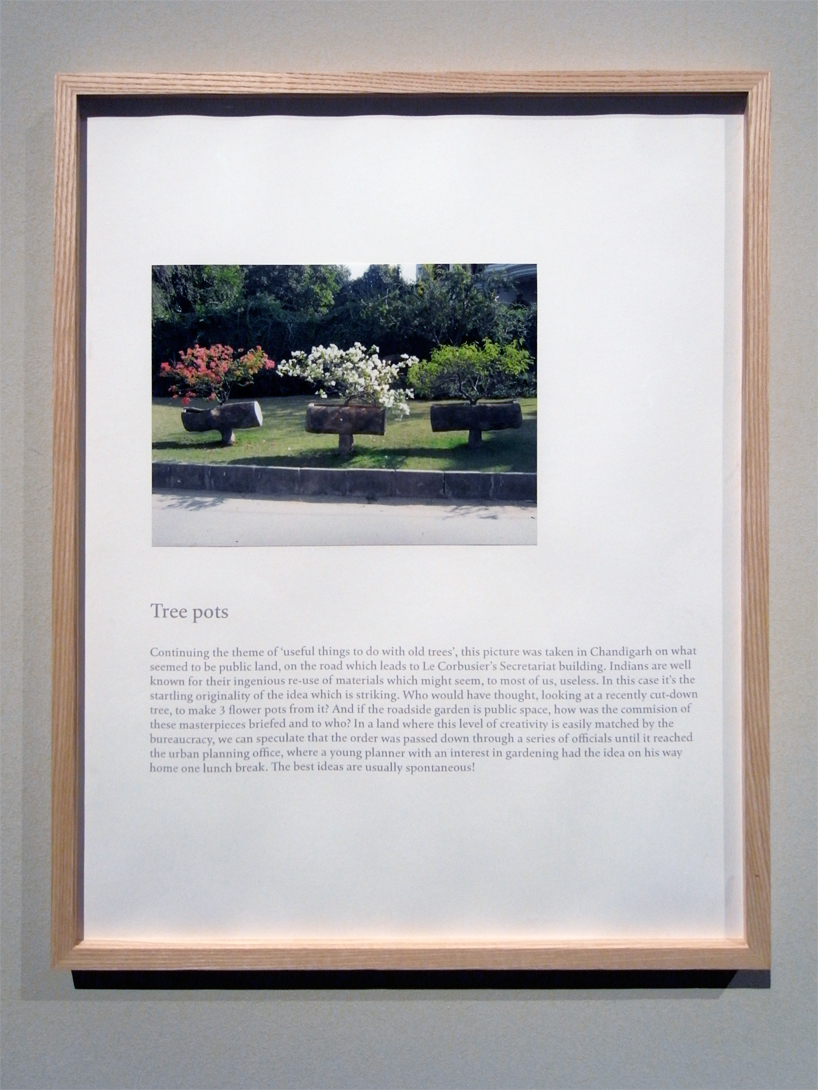 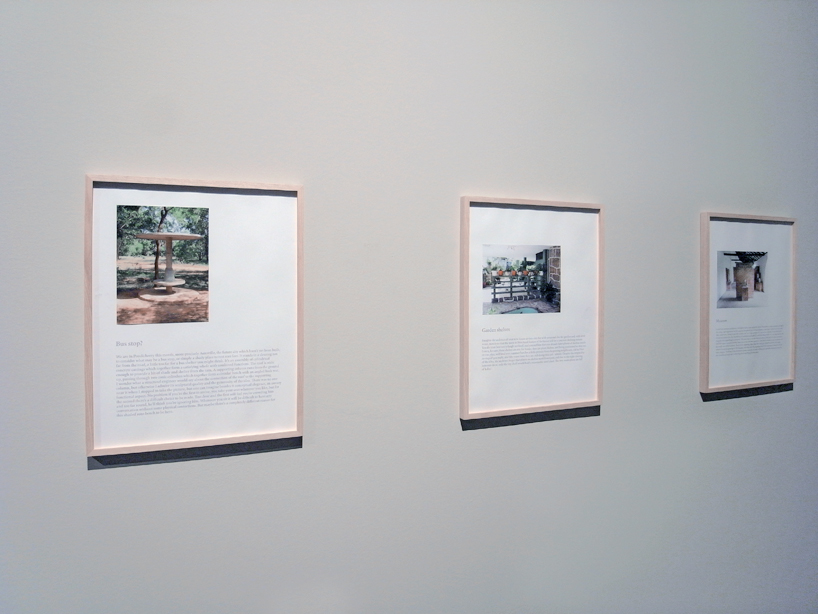