this funky idea by UK media company dennis publishing and automative designer javier oquendo proposes some radical new changes to formula one racing. the new league would have major car companies take their tiniest line of cars and turn them into racers for a miniature grand prix. needless to say it would pose new challenges to drivers and engineers alike undoubtably providing an interesting racing experience for viewers. here’s what these little race cars would look like complete with massive tires, fins and sponsor decals. 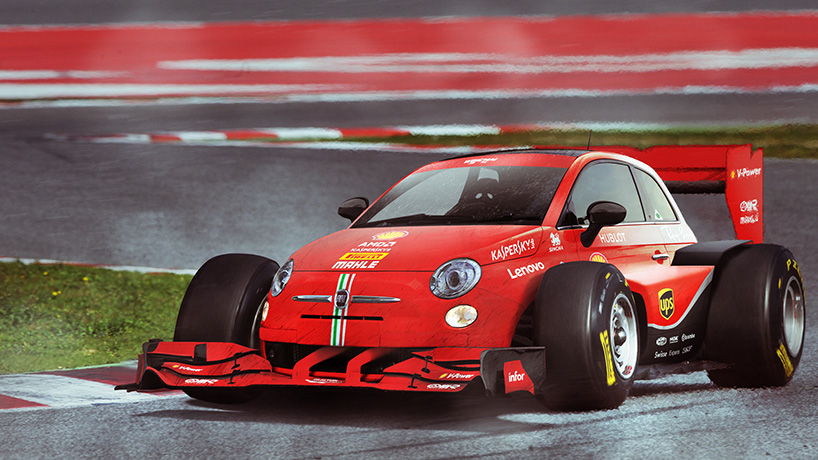 there is something laughable about picturing a smart car going speeds of 100mph plus, but that’s perhaps why this idea is so alluring. it presents a racing challenge, but also doesn’t take it self too seriously. many of the top cars in the grand prix are affiliated with cars such as the fiat 500, smart car etc. devised by dennis publishing and rendered by javier oquendo for carbuyer, this theoretical work sees everyday vehicles at top speeds. ‘every driver on the grid would have a blast trying to extract maximum performance from these diminutive creations – and it would probably be pretty entertaining to watch, too,’ the team say. ‘so read on for a selection of crazy creations from our ‘supermini F1′ grid’. 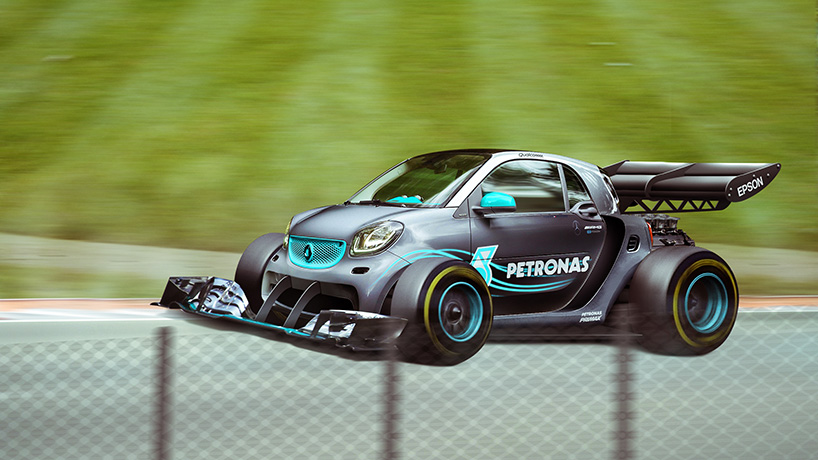