a variation on an electric kettle photos by veronique huyghe

paris-based designer jean-baptiste fastrez has sent us images of his ‘variations upon an electric kettle’ project which explores various forms for the small kitchen appliance. the diversity of the vessel shapes is a response to the mass production – though it is efficient, the process often leaves products soulless as they are standardized.

fastrez’s project is a test to propose variations on a purely industrial product, aiming to combine both serial and hand-made production, so that they can co-exist within the same object. he chose the kettle as it is commonly used and is something that could benefit from a different aesthetic as a way of altering its status: passing from merely a tool for boiling water, to taking part in the art of the table setting. though ‘variations upon an electric kettle’ may seem like a formal exploration, the kettle proved to be a challenge in changing its form due to numerous constraints including heating elements and safety legislations. thus, some of the components needed to be invariant in order to meet these standards, which define the common technical basis for each kettle. these elements are assembled around containers that are made by several independent craftsmen, even though they could also very well be produced through rapid prototyping – which may be recognized as a new crafting practice. the result are hybrid objects which meet somewhere between mass production and one-off, industry and handicrafts, technical aesthetics and organic forms. the kettles are made in both glass and ceramic. 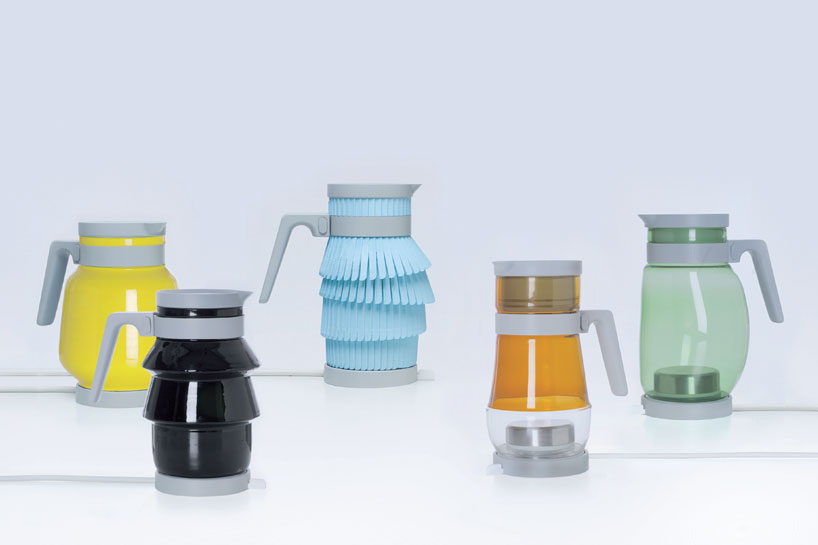 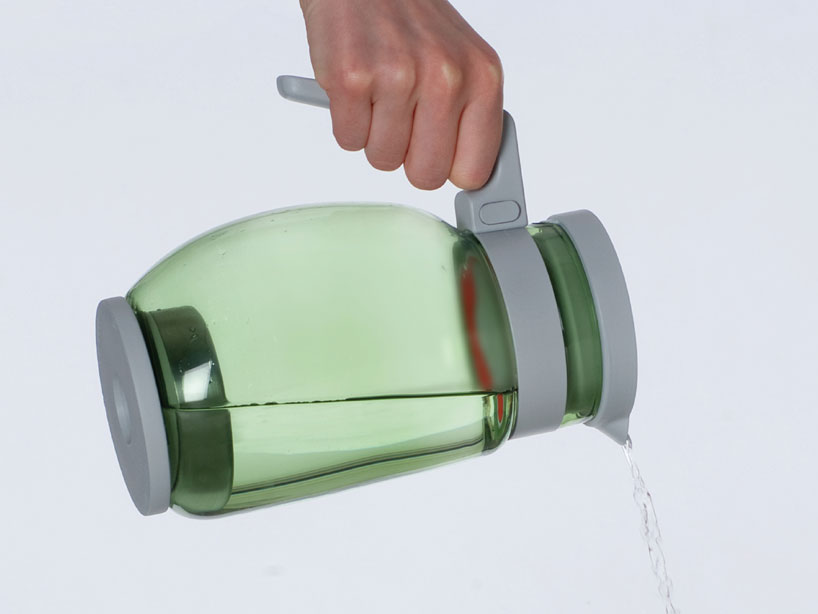 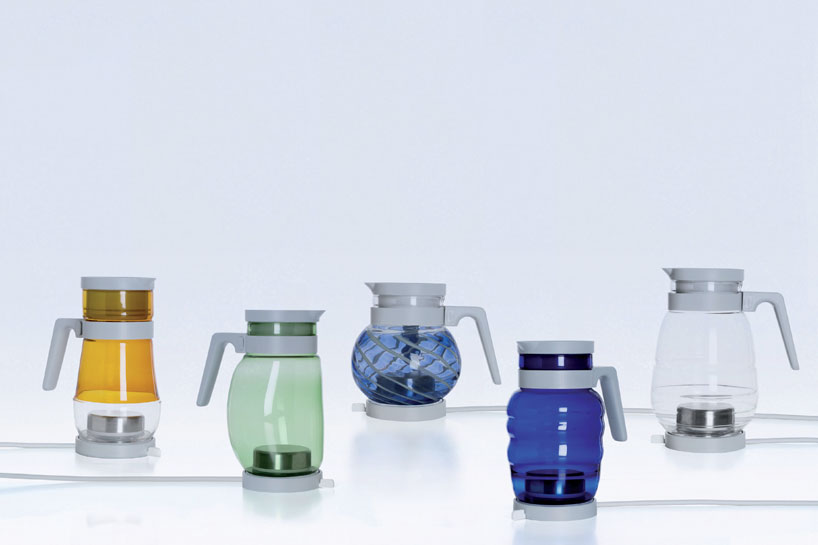 glass variations on an electric kettle 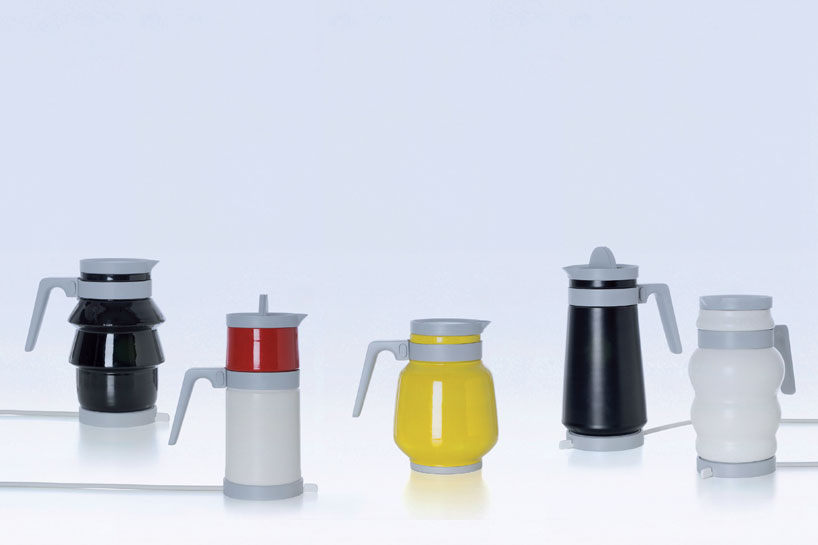 ceramic variations on an electric kettle 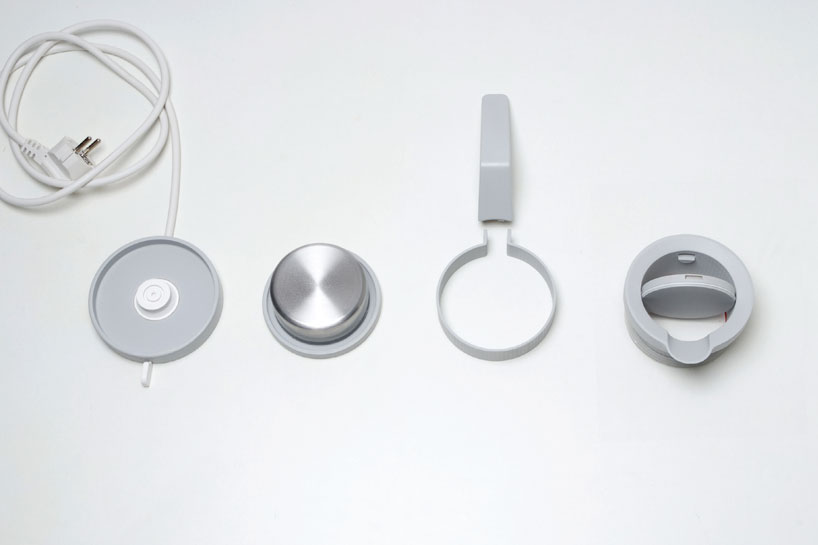 standard elements for each kettle

the making of the ceramic vessels:

the making off the glass vessels: 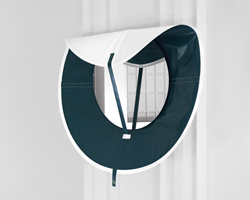