new york’s gallery r’pure opened their latest exhibition featuring french designer jean-marc gady. ‘french cancan’ is the show’s title and the name of one of the show’s key pieces. the individual design is a light installation composed of several pleated lampshades joined together to form a sculptural wheel. it can be used as a floor lamp or hung to work as a suspension lamp. also on show is ‘gourmet’, a collection of sculptural hangings that appear to be made from different size plates, fused together into cloud-like forms. the humourous tone continues with the ‘a.m.o.’ vase. drawing references to military weaponry, the vase sits on an angle making the flowers within appear to be shooting out. gady previously worked with louis vuitton and has since branched out with his own design studio. 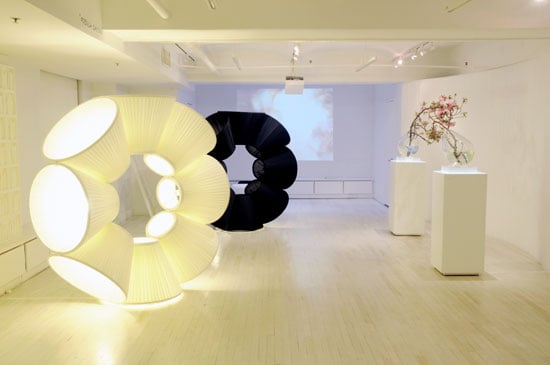 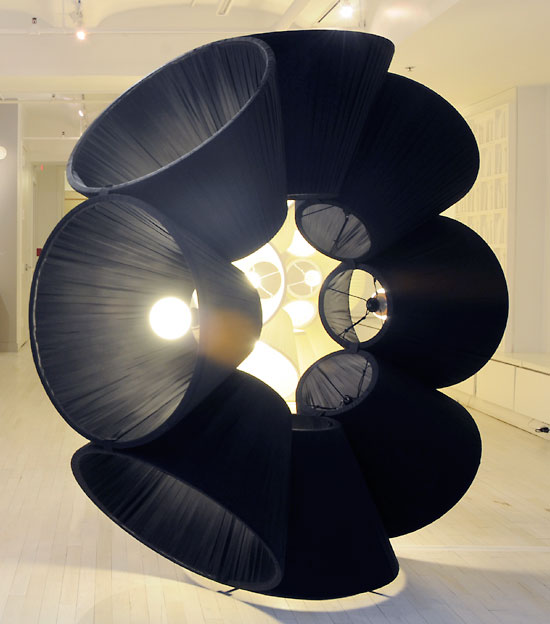 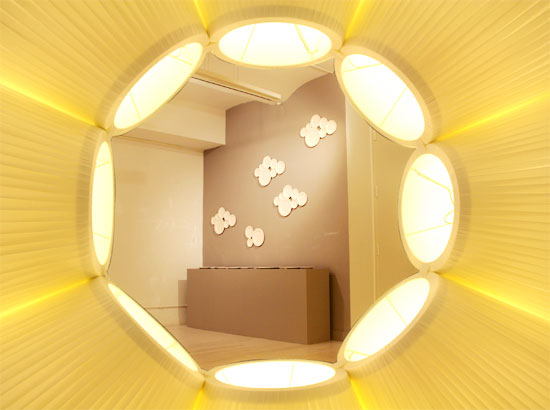 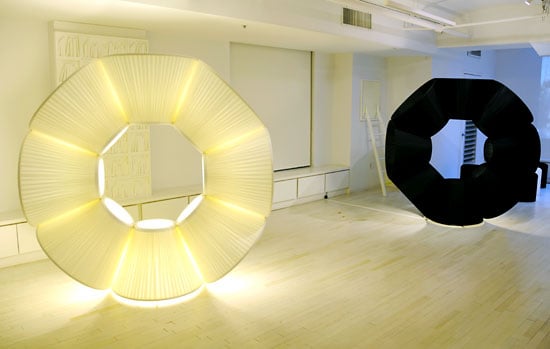 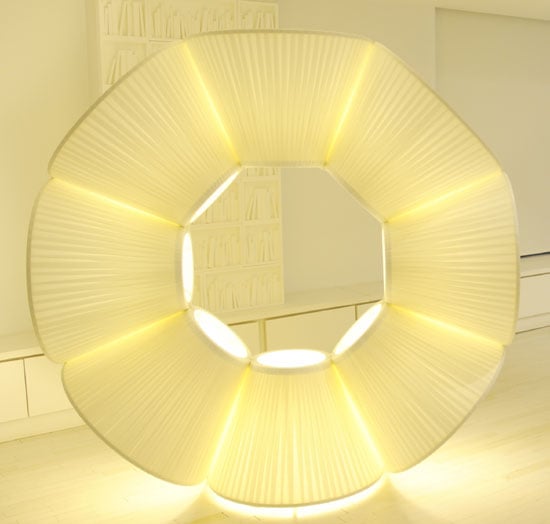 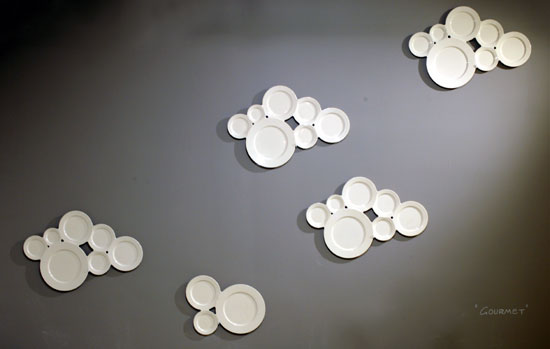 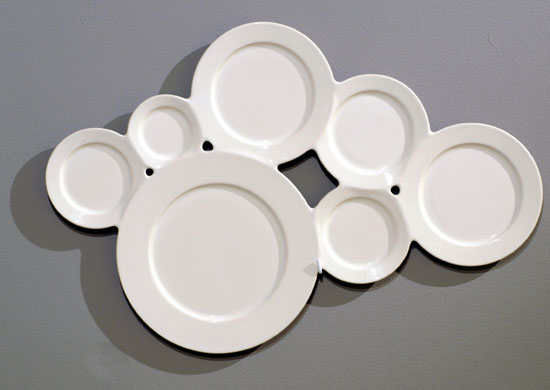 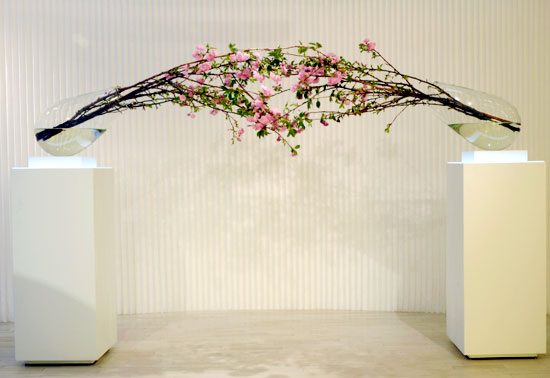 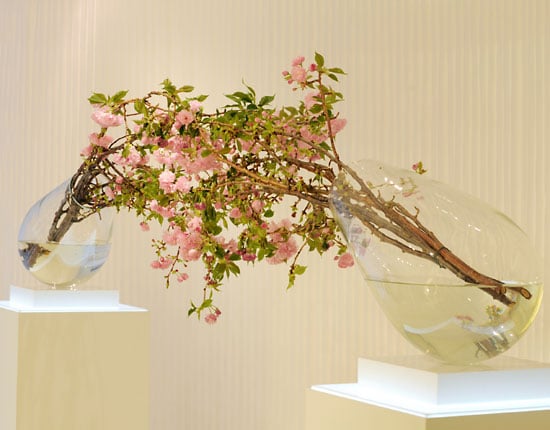 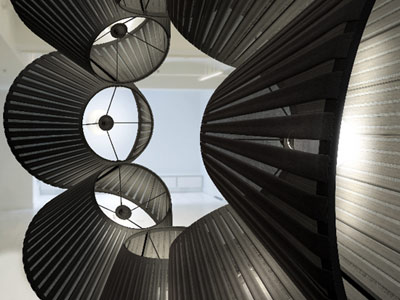