french fashion designer jean paul gaultier has been named the new creative director for diet coke. gaultier will introduce a small collection of limited edition diet coke bottles and cans to the public in addition to the development of stylish retail displays for the beverage company. to commemorate his joining the coca-cola family, the designer has developed three short films under the title ‘the night + day serial designer’ in which he interacts with three separate puppet characters, giving each figure a mini-makeover in the course of the web episode. the first two have been made available today, while the third will be published in the very near future.

‘the serial designer rocks out’, the first installment of a three part series featuring the designer revamping the brand by diet coke 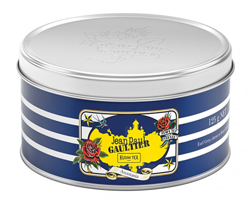